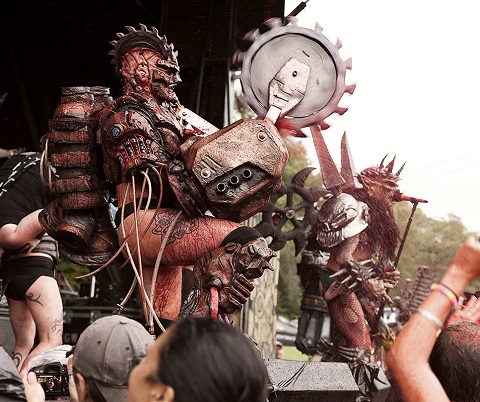 Start gearing up for the debauchery, the antics, drunken depravity, guts and blood shed because the 6th annual Gwar B-Q will be upon us next weekend.

Start gearing up for the debauchery, the antics, drunken depravity, guts and blood shed because the 6th annual Gwar B-Q will be upon us next weekend.

The extravaganza is three days of madness and is particularly special this year for it is the 30th anniversary since GWAR’s demonic inception.

On Friday Aug. 14, the “B4BQ” kicks off at The National with hardcore metal bands including Arch Enemy, After the Burial, Coal Chamber, Fear Factory, Cattle Decapitation, Beyond Creation, Born of Osiris, The Acacia Strain, Veil of Maya and Obscura.

GWAR B-Q, the main event for the band’s 30th birthday bash is going down wn at Hadad’s Lake on Saturday with 20 of the gnarliest metal and punk bands around including co-headliner Clutch, Goatwhore, Down, Descendants, the Dickies and many others. See the full lineup here.

The main event will also have food vendors, “Spew-O-Lympics”, a semi-aquatic-flail-fest, bike ramps from FBM Bike Co., a “Crypt of Chaos,” and costume contest.

If you manage to live through the main event, there’s a GWafter Party that will be held at Hardywood. Grab some craft beer and catch some tunes from the Creep-A-Zoids.

On Sunday, to cure your hangover (or make it worse) GWAR is throwing an inaugural Brutal Brunch at their own restaurant, GWARbar in Jackson Ward. 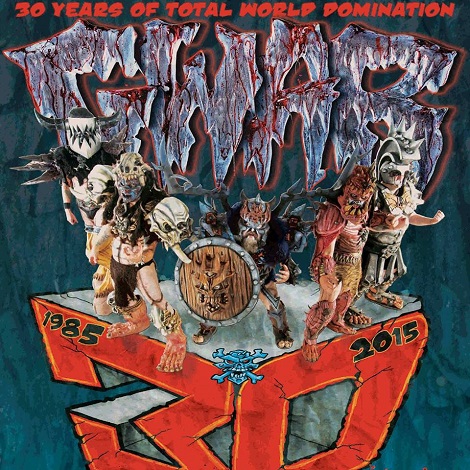 Richmond has had the privilege to witness 30 years of GWAR madness and drummer Brad Roberts, aka Jizmak Da Gusha, promises this festival is one not to be missed.

“We’ll have even more stellar GWAR antics at this GWAR B-Q, the lineup’s really great,” Roberts said. “Hopefully Richmond will see this is something that can just be bigger than the biggest Richmond kegger of the summer and it can go on to legitimize this area.”

The band has original member, Mike Bishop, “Beefcake” back playing bass and on vocals so be on the lookout for him at the festival. 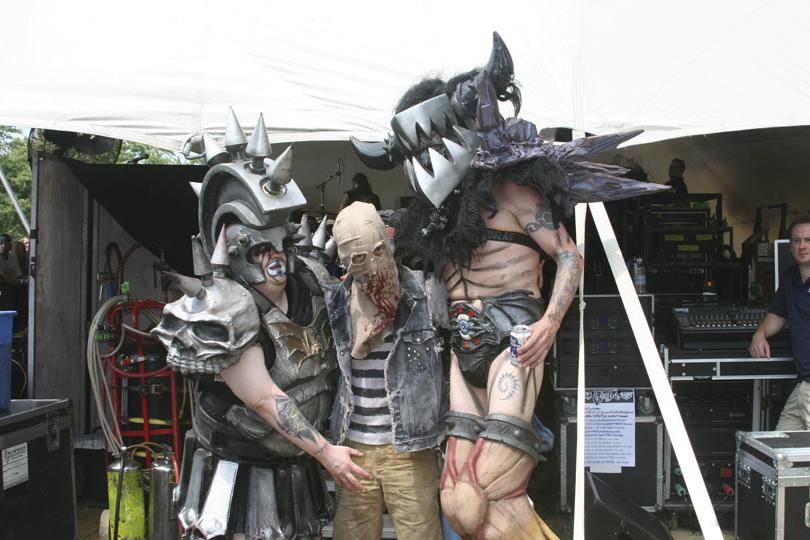 Roberts noted it will be hard this year without former lead singer Dave Brockie, who passed away last year. Brockie was the frontman of GWAR since it’s inception in 1985, and was instrumental in the planning of the previous festivals.

However, Brockie said he’s optimistic that devoted fans will still come to the festival to commemorate his life and show their support.

“Dave always wanted GWAR to live on forever long after all of us and we’ve done our best to do that,” he said.

Roberts, along with the rest of GWAR, started planning this year’s festival right after last year’s successful event.

“It seems like the response is really good, so I’m totally happy to organize that kinda thing,” he said. 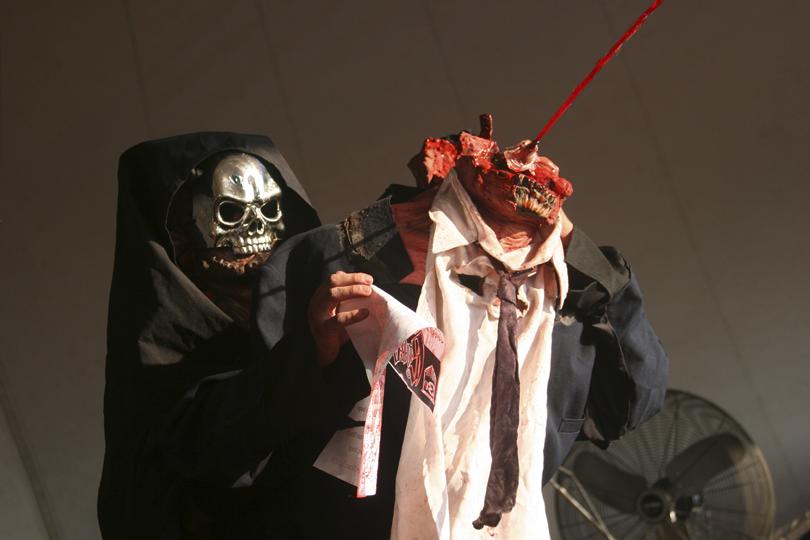 Last year’s festival broke attendance records from all previous festivals with 5,000 festivalgoers and Roberts is hoping it will continue to flourish.

“Hopefully we can keep it that size or grow it with the Brockie-factor not there this year,” he said.

The festival spawned out of just a few friends hanging out and doing what they do love most, playing music.

“Those things started as parties that we would hold at the old Slave Pit with just friends’ bands playing and we’d pass a hat to pay for the kegs, those were in the 90s,” Roberts said. “We re-kicked it off in 2010 it was a small gathering at the bike lot and that thing was packed, so we just saw the signs that there was a need for this.”

And Roberts said a main reason for the festival goes back to the city that’s supported them over these past 30 years.

“The Richmond community spawned GWAR in the 80s and we want to give back to it, that’s why we opened the restaurant, that’s why we started the festival, Richmond’s really important to us,” he said.

And with the band organizing the entire festival, Roberts said getting bands to play has been much easier than if they were just some unknown promoter. 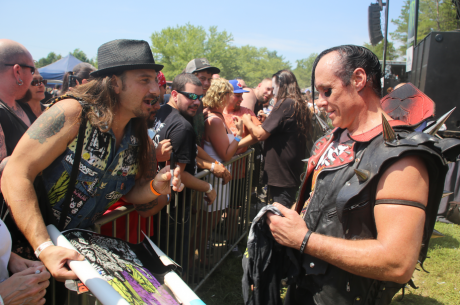 “The cool thing about us being a band and then turning into promoters and promoting an event is we have the respect of all the bands that we’re asking to come play the GWAR B-Q because they know we’ve done it,” he said. “That’s a different conservation then oh, you just have some promoter that wants to get so and so to play in town.”

As for GWAR B-Q growing to the scale of bigger festivals like Bonnaroo or Allgood, Roberts said it would be cool, but he doesn’t really compare.

“I don’t know how GWAR B-Q stacks up to others, I’m just concerned about us making the GWAR B Q making it the best we can for where we are,” he said. “We’re trying to do our version of it kind of for Richmond and if it gets bigger than Richmond and more people descend upon Richmond for it and check Richmond out because of it, than were all happy to be a part of that.” 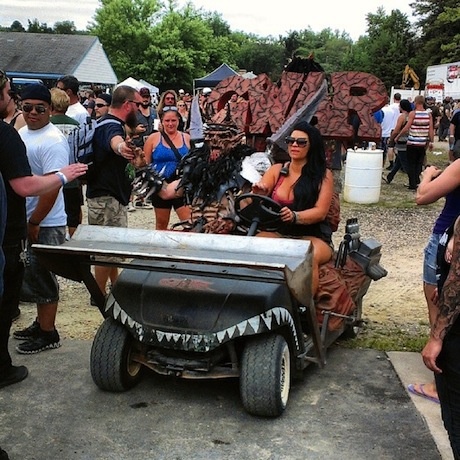 And Roberts added the people need to brace themselves this year because GWAR has even more tricks up their sleeve.

“We got a fall tour going right after the GWAR B-Q going to see a new GWAR like you’ve never seen,” he said. “There’s more carnage, it’s going to be complete chaos.”

If all of these crazy antics and a three-day extravaganza from one of the longest-running, most hardcore bands around doesn’t entice you to go check this festival out then I don’t know what will. Oh, maybe the fact that a portion of the proceeds are going to pitbull rescue organization Ring Dog Rescue which is awesome.

And then there’s this little tidbit from the website: “Your lords and masters GWAR announced today that all humans who show up at this year’s GWAR-B-Q are guaranteed an orgasm.”