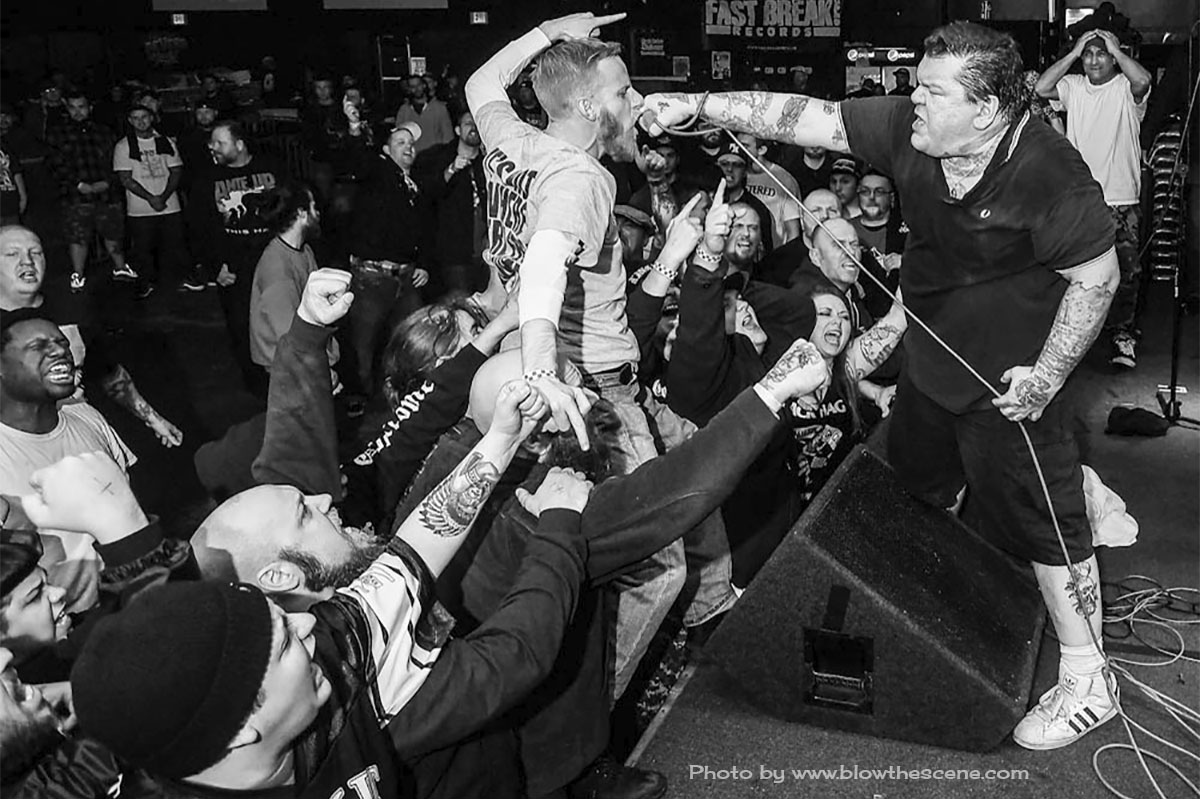 “It’s been brought to our attention that Gavin McInnes was speaking favorably about us on his podcast… Just to make things as clear as possible so there is no mistaking where we stand: ‘PROUD BOYS’ ARE NOT WELCOME HERE, OR ANYWHERE WE MIGHT BE.’”

McInnes, a former founder of VICE, has been an influential figure in the alt-right community. His brand of western identity politics and chauvinism has been on the forefront of a contemporary white nationalist movement that uses coded language to mask an agenda, which according to the Southern Poverty Law Center, “maintain[s] affiliations with known extremists.” This includes known anti-Muslim and anti-immigration groups.

McInnes was quoted in June of this year saying, “It’s such a rape culture with these immigrants, I don’t even think these women see it as rape. They see it as just like having a teeth [sic] pulled. ‘It’s a Monday. I don’t really enjoy it,’ but that’s what you do. I wouldn’t be surprised if it doesn’t have the same trauma as it would for a middle-class white girl in the suburbs because it’s so entrenched into their culture.”

His group, known simply as the Proud Boys, proclaim that they are “proud Western chauvinists” and were present in support of the Unite the Right rally in Charlottesville in August 2017. The organizer of Unite the Right, Jason Kessler, was seen in a Periscope video being jumped into a Proud Boys group in June of the same year. The are identifiable by their black and yellow Fred Perry shirts and have chapters in the UK, Australia, and Canada.

Sheer Terror, a staple of New York City Hardcore in the 80s and 90s, has maintained a consistent following since then with its brand of tough guy hardcore, also known for its humor, irony, and a pervasive sarcasm. The band’s Ugly and Proud remains one of the staples of hardcore music 21 years after its release.

RVA Mag caught up with singer Paul Bearer about the band’s post and how white nationalist groups have been touting their love for punk and hardcore bands.

“They must not be listening to the lyrics to some of these bands. I can’t speak for all of them,” Bearer said. “The whole ‘Conservatism Is The New Punk’ thought is a fucking travesty, and a sad joke. I don’t want to hear about how you’ve ‘grown up, and have kids and a mortgage.’ You don’t eat shit just because the toilet’s closer than the fridge.”

And it is precisely Bearer’s humor and sarcasm that was on display in the heated Facebook exchange, which has now been shared 278 times with over 385 comments. More so, since self-identified members of the Proud Boys have been quick to defend their eponymous leader on the thread. One commenter attempted to call out Bearer for “virtue signaling,” while simultaneously referring to the Proud Boys as a “multi-racial men’s club.” Another commenter said, “Sheer Terror, I suppose you support Socialism and the destruction of American principles and family values too? That’s pretty American these days.”

As the back and forth picked up momentum, Bearer finally said what everyone knows, “…they imply racism. Without actually calling it ‘racism’.”

He then went on to tell the Proud Boy defenders, “Fuck you where you breathe [sic] with your smarmy comebacks. You want nothing to do with me? Then, walk son.”

The response was a classic retort, which echoes one of their classic songs, “I Spoiler (Bulldog Edition),” where mid-song, he tells someone to fuck off by saying,”Why don’t you hightail your ass back to Toronto, you lousy Canadian scumbag.”

Not long after he changed tactics, he offered to put Proud Boys and their defenders on the guest list to their next show. “I take it all back. Proud Boys are VERY welcome to come see us play,” Bearer said. “Let’s see how that works out for you,OK? Is that fair? Come run your mouths. Please. I’ll even put you on the guest list. OK? Is that cool? I personally invite you to any show that we’re playing. Don’t disappoint me, now…”

While Bearer makes it clear that he is not necessarily down with “AntiFA,” he supports anti-fascism overall, saying, “I stand with and for the working men & women, the downtrodden, the voiceless, the underdog, the AMERICAN PEOPLE, no matter what color, creed, or religion,” proving once and for all, old hardcore dudes can still kick it with the best of them.