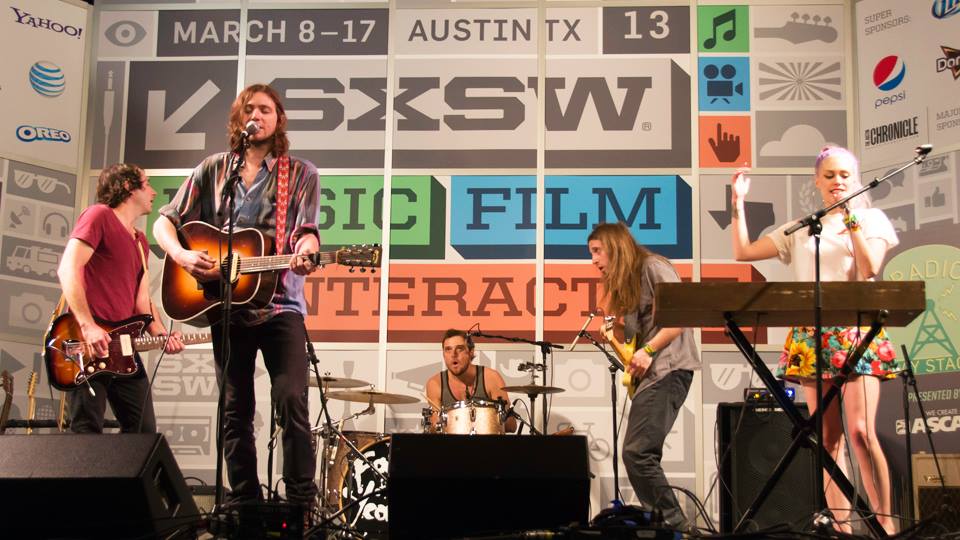 South by Southwest (SXSW), the multi-day music, film, and culture festival based in Austin, TX, is in its 17th year, and it keeps growing.

South by Southwest (SXSW), the multi-day music, film, and culture festival based in Austin, TX, is in its 17th year, and it keeps growing. But is it worth the trip for local artists and does the cost, financially and physically, make the desired professional impacts?

“You get some established bands there to kind of center the festival around something, but what it’s really about is about new bands, and all the shows that are playing in all the weird clubs and weird places all over town,” said Dave Brockie, lead vocalist of the metal band Gwar.

While SXSW can be a great opportunity to get discovered and land the record deal you’ve been dreaming of, many Richmond bands who have played SXSW in the past seem to agree setting expectations high may lead some to disappointment and take away from the insane amount of fun you can have there.

“I want to say that [the festival] has [affected our band in a positive way], but at the same time I don’t want to make a false correlation. And that’s the thing, a lot of people go down to SXSW, and I did this too, with high expectations, and then you just bum out, because you’re like ‘Wait, there are tons of bands here, everybody is doing a million different things,’” said Landis Wine, guitarist and vocalist of RVA rock band White Laces.

“It’s a lot of fun, but not quite the network opportunity that you want it to be.”

White Laces played at SXSW once around four years ago.

Perhaps networking can depend on the genre of music you play. Tony Foresta, vocalist of Iron Reagan and Municipal Waste, said that while he has “definitely gained friends and met people in the ‘industry’ that [he still keeps] in touch with still to this day,” he “can see where it helps out a lot more mainstream bands but [he’s] not really sure what it does for metal stuff.”

Foresta has played in SXSW twice with Municipal Waste, and will be playing again this year as Iron Reagan’s vocalist.

In 2013, SXSW had approximately 3,036 music media in attendance as well as around 57,000 people in Austin’s Auditorium Shores stage over the course of three days. With the amount of people from all over the world that attend SXSW, catching attention from the audience as well as labels and agents may seem pretty easy, but can also get frustrating at times.

Tyler Williams, drummer for the indie folk band the Head and the Heart, agrees. “I think it’s smart if you don’t expect anything going in though, I think that’s really important. Don’t expect to get a record deal or find a booking agent you know, it’s just a really tough scene,” Williams said. The Head and the Heart played in SXSW for the first time in 2011. He added that their “success at SXSW was probably atypical.” In the 2013 SXSW, 2,278 bands performed throughout Austin on 113 stages over five nights.

People’s Blues of Richmond (PBR) will be playing SXSW for the first time this year, and they seem to know to heed to the other bands’ advice. “I would just say that our goal right now is to go out and have a good time. It’s most important to remember that, and everyone loses sight of that for a second; it’s hard when you’re on the road, when you’re reaching for a goal, but you have to forget about all of that sometimes and just not stay focused and just have fun with it all,” said Matt Volkes, bassist of PBR.

“We’re also not making rash decisions or anything, so I think really the whole experience is we do want to go and get fucked up in Austin and play as many shows we can in a week and hang out with everybody.”

However, this does not mean that you won’t meet anyone who won’t have an effect on your life. “I would encourage any band that’s coming up or established on any level of their career to try to be a part of [SXSW] because SXSW is all about the people you can meet… you’re gonna make friends, and at any point in the festival you can meet someone that can change your life forever,” Brockie said.

Wine echoed this sentiment. “I met a lot of people then, but you know it’s not a working relationship, but it’s more like ‘oh, I met those dudes there, and now I do stuff with them like a few years alter. So maybe it was a good thing and it worked out really well, just in the long run, but not temporarily.”

While networking at SXSW may be a hit or miss, there is no doubt that you will have fun during this week of live music in the Live Music Capital of the World. “My favorite time would have to be was when we played with NOFX at this park outside. They played Punk in Drublic in its entirety and Fucked Up played as well, they did a bunch of Black Flag songs with Keith Morris singing. Also Tim Burton allegedly came to one of our bar shows, Foresta said, adding that the hardest part is “the fact that there’s so much stuff going on that it’s hard to catch everything.” Gwar had a lot of fun dressing up in character and wandering around in the streets. “We would put on our costumes and just go wander around the whole maze of SXSW… and just march in and shit and people would be like, ‘Oh my god, Gwar is here!’ Everywhere we went people treated us like we were giant monsters from outer space that rule the planet,” Brockie said.

Williams mentioned that while the Head and the Heart hasn’t been able to go back, he would “want to go [again] just to hang out, just to see everybody and being in Austin for that time with all the crazy energy.”

This year, SXSW will be held from March 7th through the 16th. Pre-sale tickets were sold until February 7, and walkup rates range anywhere from $650 for a Film Badge to $1695 for the Platinum Badge.