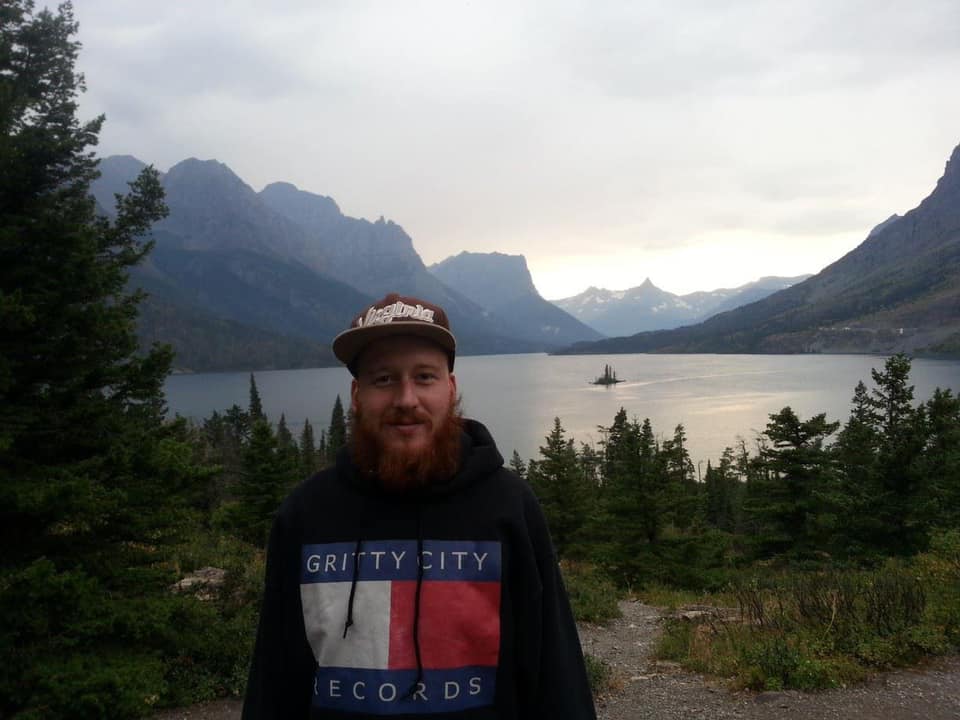 Johnny Ciggs may regret the goofy name he gave himself at the start of his hip hop career, but with his new album, Lighters and Lightbulbs, the Gritty City Records label head shows that his talent is no joke.

Before Johnny Ciggs became a rapper and owner of Gritty City Records, the inspiration for a potential stage name came during a night out at Sticky Rice.

“There was a bunch of soft-ass rap playing up there, and I was just like ‘Man, this is soft as shit.’ So to my friends, I was like, ‘If I was gonna be a rapper, I’d be raw. I’d name myself MC Cigarettes,’” said Ciggs. “And then when I started rapping, I was like ‘I guess I gotta call myself that,’ because, you know, I said that I was gonna.”

The name didn’t last for long, and he decided to change it after referring to himself as Johnny Ciggs in a song.

“I hate the fuckin’ name. I wish I had a different name, but it is what it is,” said Ciggs. “It just doesn’t do anything for me, but other people say it’s dope, so that’s great.”

Originally from Alexandria, Ciggs first came to Richmond from Burke, where he grew up in 2002 as a student at VCU. Years later, he was tired of his job in sales and decided to do an internship at Da Spot Recording Studio.

“I learned a ton of stuff from them. I mean, the way that I go about recording sessions to this day is all based on what they taught me,” said Ciggs. “How to set up sessions and how to record in general, all those things I learned from there.”

As part of his homework for the internship, Ciggs was tasked with recording a song, which would become his first rap project. At the time, he was listening to classic East coast hip-hop from artists like Mobb Deep and Nas, which would continue to influence his work. Much of the subject matter in Ciggs’ lyrics is similar as well, what he would call “braggadocious rappity-rap,” but it also addresses his struggles with alcoholism and mental health issues.

“A lot of my music is more fun if you really listen to what I’m saying. I’m just making fun of myself and the ridiculous and crazy way I used to live,” said Ciggs. “Some days I wanted to die, other days I thought I was living the dream. But really, nothing changed, it was all nonsense.”

Lighters and Lightbulbs features many other artists, many of which are long-time friends of Ciggs and members of the Gritty City circle. However, some are new to working with the group, like Brooklyn rapper Agallah, who appears on the album’s opening track. Ciggs has collaborated with Agallah once before, but at first he was just a fan of his.

“I had always been a fan of Agallah’s music, he makes some really hard shit,” said Ciggs. “One day I was out drinking with [Gritty City artist Fan Ran], and he was like ‘You know, I bet if you hollered at that dude you could work with him.’ I was like ‘You think so?’”

Timbo King, who appears on the album’s second track, is an affiliate of Wu-Tang Clan who now lives in Richmond. He came to know Ciggs when he was looking for a recording studio in Richmond, and the two were introduced by mutual friends. “Top Tens,” the seventh track on the album, featuring rapper Ben FM, is an ode to the Top Ten, a classic hi-top Adidas basketball shoe that’s worn by Ciggs almost every day. Ben FM, a Richmond rapper who has worked with Gritty City on multiple occasions, wears Top Tens while rapping.

“I wanted to make a song about Top Ten Adidas because they’re my favorite shoe, and he was the only dude I knew who wore them. He also happens to be a nasty rapper, so it’s just how it had to be,” said Ciggs. “Me and Ben have been talking about doing that song for years, and we finally got it done.”

In addition to his own rap career, Ciggs produces and engineers many of the releases put out by Gritty City, as well as booking many of their shows. The group used to perform at house parties regularly, but have more recently frequented The Camel and the now-closed Emilio’s, both on Broad Street near VCU. Gritty City has been doing an annual show for charity since 2014; the sixth Gritty City for the Kids show will be on December 18, and will be live-streamed on their Twitch channel, @grittycityrecs.

The material on his new album was written a few years ago and recorded last year, and Ciggs is already moving towards the release of his next album. “Moonlight Pt. 5,” the final track on Lighters and Lightbulbs, is somewhat of a setup for it.

“The next album I have coming in a few months is an extremely serious album,” said Ciggs. “Because it’s about when, finally, everything came crumbling down.”

Lighters and Lightbulbs, as well as all of the Gritty City releases, can be found on the label’s bandcamp or website.