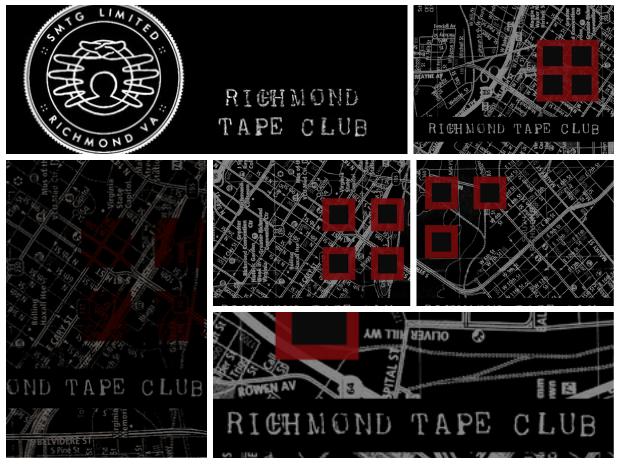 In conjunction with RVA Noise Fest III, which takes place over the course of this weekend, the Richmond Tape Club will be bringing five new releases into the world.

In conjunction with RVA Noise Fest III, which takes place over the course of this weekend, the Richmond Tape Club will be bringing five new releases into the world. Richmond Tape Club is an ongoing project curated by Jonathan Lee, owner of local label SMTG Limited. Since its 2008 inception, SMTG has curated a roster of some of the best experimental and electronic musicians the area has to offer, using whatever means possible to get that music out into the world. Having worked with vinyl, CDs, and digital formats, it would only stand to reason that the label would also utilize the increasingly popular cassette for their recent series of shorter works by local artists.

Over the course of the Richmond Tape Club releases thus far, we have heard anthemic vocals over dreamy synths (Negative Gemini), soundtrack dub (Slow News Day in the Vampire World), destructive clouds of nightmarish drones (Elian), and much more. If these releases teach us anything, it is that Richmond has a diverse electronic scene. The most recent installments in the Richmond Tape Club focus on variations of a certain aesthetic, one that favors amorphous clouds of sound that, even when clustered around rhythmic or tonal centers, eschew familiar structural elements in favor of something more challenging. 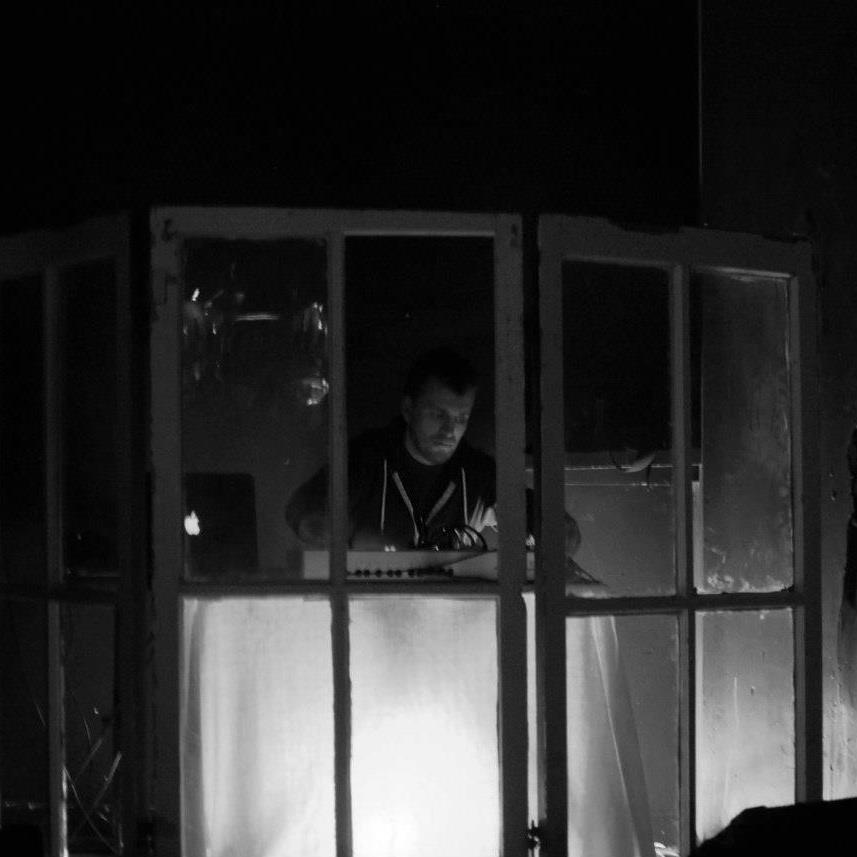 The content comprising Anduin‘s entry – labeled Richmond Tape Club 4b to emphasize its relationship to his previous contribution to the series – consists of material recorded at the same time as Richmond Tape Club 4. The project of Jonathan Lee, SMTG’s owner, this new release operates in a space not dissimilar to his previous releases. Sinister keyboards undergird backwards-masked samples which are in turn flecked with glitchy percussion sounds. Like Lee’s past work, these electronic elements are counterbalanced with organic recordings, both of live instrumentation (harmonica player Noah Saval and saxophonist Jimmy Ghaphery, both previous Anduin collaborators, are featured prominently) and of atmospheric field recordings. These organic sounds aid the music’s cinematic quality by offering a real-world grounding to some of the more abstract electronic elements. Unlike previous Anduin releases, Lee pushes the rhythmic elements into more assertive territory, with both “Wooden Kimono” and “The Guild” featuring drum loops that, while halting and minimal, are more assertive than the Oval-style clicks and pops that normally serve as his music’s pulse. 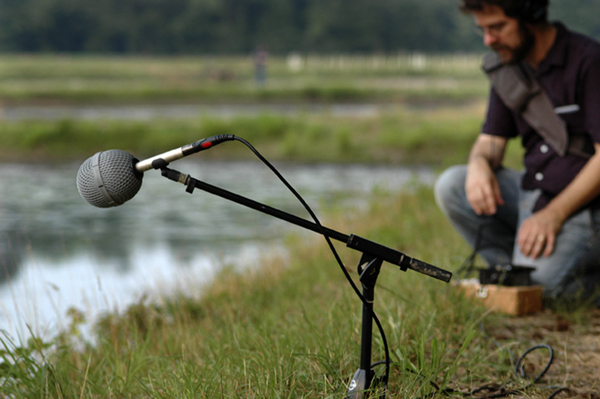 Richmond Tape Club Volume 5, Stephen Vitiello‘s contribution to the series, consists of two pieces which, though not especially stark contrasts, manage to distinguish themselves from each other. “Single Coil/Buchla Rhythm” consists of a series of short drones, brief snippets of sound that last only a minute or two before they fade to nothingness as abruptly as they were introduced. Some of these sub-sections feature familiar components (the subtle guitar in the piece’s final passage), some are stranger and less familiar (the high-pitched chirps that begin the piece), but the overall disjointedness of the arrangement can prove disorienting. This isn’t to suggest that any part of “Single Coil/Buchla Rhythm” is at all poorly executed, only that each of the elements tends to be more engrossing when allowed room to stretch out, a compositional tack taken by Vitiello’s accompanying piece, “Captiva Photogene.” In it, a bed of chiming guitar harmonics lays the foundation for a sequence of layered textural passages that build upon each other until all that remains is a swirling, blissful haze of sound. This steady push forward renders the latter half of Vitiello’s release more successful, with the jarring starts and stops of its predecessor replaced by a more measured unfurling of all the piece’s respective component elements.

To paint Brandon Hurtado‘s Richmond Tape Club 6 as a monochromatic endeavor might not be wholly inaccurate, but it also fails to do justice to the quality of the work contained therein. Each piece consists of textural guitar playing, recorded with the sort of fidelity low enough that it practically becomes another instrument. With a ruminative quality to the performance reminiscent of Loren Connors’ better work, and a grainy production quality not a million miles removed from Grouper’s farthest-out moments, Hurtado’s work retains a consistency throughout, its melancholic tendencies establishing a mood far more effectively than many experimental musicians are capable of. 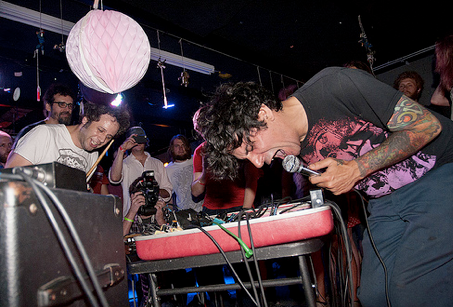 Richmond Tape Club 7 sees those prolific weirdos in Mutwawa continue their journey on the veldt. They prey upon tribal grooves with precision instruments built in the 80’s bearing the name CASIO. Once captured, said grooves are taken to a remote lab where they are augmented with distorted synths and leftover Atari Teenage Riot tunes (in sound, not lyrical content). 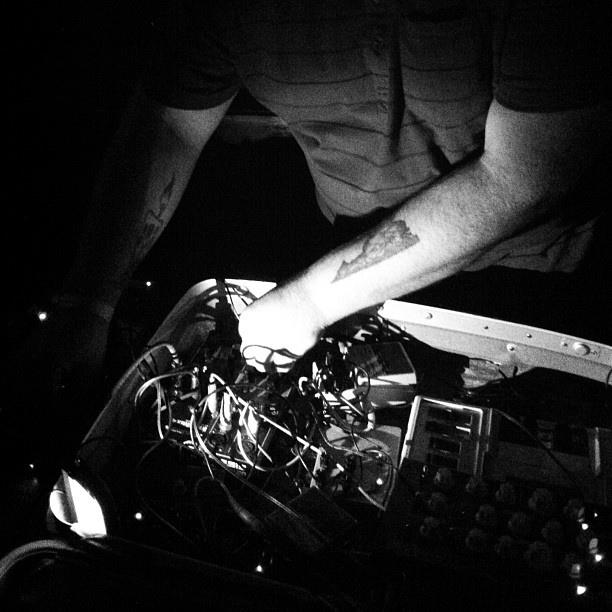 Matt Boettke of SCANT, Daggering, and local promoting fame releases the first tracks under his own name for Richmond Tape Club 8. These tracks, named “Oedema” (Parts 1 and 2), feature slow organic drones building upon each other and multiplying. The fabric of the universe heaves into a vortex, pulling all objects towards it. Light collapses into the ancient force of gravity. Matter compresses until it resolves into a singular substance stretched into infinite combinations. Finally, it dies down. Gases cool and we are left with our existence–at least for a little while.

Despite the differences in approach, the newest volumes of the Richmond Tape Club represent distinct parts of an extremely multi-faceted whole. Though not overarching in their representation of the artists’ capabilities, each presents a condensed version of their respective creator’s vision, a modus operandi writ small that serves as an excellent tasting menu for the wider smorgasbord of compelling experimental music in the region.

To receive proof in a live setting of the quality of this region’s offerings, check out this year’s installment of RVA Noise Fest, which starts today and goes on throughout the weekend. The fest is still short $125 of their funding goal on their Indiegogo campaign, and if you contribute $25 to it before midnight, you can get digital versions of all 9 Richmond Tape Club releases. Click here if you’re interested in contributing, and click here for more details on the fest. The latest Richmond Tape Club releases will be available for purchase at the fest, or you can order them online by going to SMTG’s webstore.