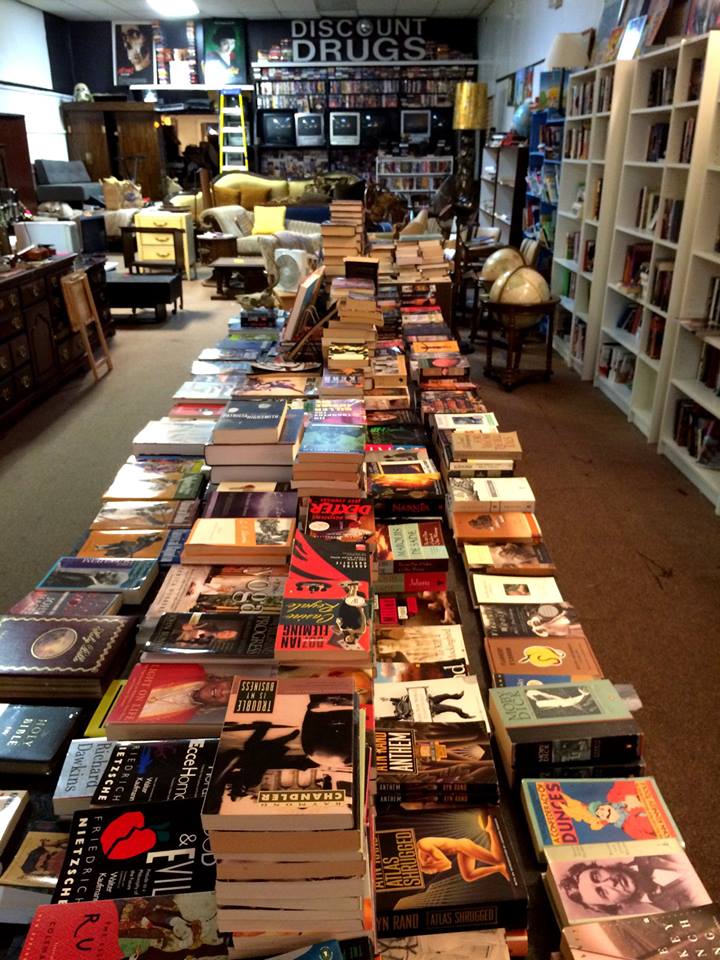 Local thrift store/coffeehouse R.E.D. looks to expand as a music and arts cafe

RED – Read Eat Drink, has existed in different forms over the past four years, according to Russell Duerr.

RED – Read Eat Drink, has existed in different forms over the past four years, according to Russell Duerr.

Duerr was the first customer of the original shop at 11 W. Broad St. owned by Charlie Odonovon and has since become increasingly involved with the ins and outs of the business, starting by assisting with windows to now being co-owner with Odonovan.

The shop started out as Social Consignment, which sold furniture and antiques, and is now known as RED – Read Eat Drink, selling eclectic pieces ranging from men’s and women’s clothing, furniture, books, video games and more, with plans to expand a cafe.

Plans to have a cafe in the shop has always been in the works. Odonovan and Duerr discussed the expansion years ago, but Duerr moved to Reno and it wasn’t until moving back to Richmond that he bought into the store and things started taking shape for RED.

Right in the front of the store they have nice little set up, selling Cafe Bustelo coffee for $1.pastries from La Sabrosita Bakery to those that venture inside to peruse.

Walking into RED it’s hard not to notice the amount of inventory they have. Outside of the store sits vintage bikes and inside is a huge collection of books, along with music and movies. Duerr told RVA Mag that having a great book selection is all part of their concept of having RED be an eclectic coffee house with a decent price range.

“We wanted to offer used books at a discount price,” said Duerr. “Quality books, finely curated books and our thing is we’re always cheaper than Amazon. On Amazon it’s $3.99 for shipping, so even if the book is a penny it’s still going to be more so that’s why our books are $3.99.”

Odonovan is responsible for searching and purchasing all of the inventory for RED, according to Duerr. He travels all over the state attending estate sales hunting for good finds to add to the store. Duerr said the quality of their inventory is what sets RED apart from other thrift and consignment stores in the city.

“We have everything,” said Duerr. “We’ve really pushed the mid-century modern, as far as furniture goes. We like to do a lot of eclectic things that stick out, lots of color, lots of character. So I think the quality and interesting items really make our store.”

Richmond has embraced thrifting for year now with old standbys like Fan Tastic Thrift, Diversity Thrift, Rumors and of course Goodwill catering to those looking for a deal or steal. It’s even become the trend in the last few years, and Duerr contributes that to the city’s culture. 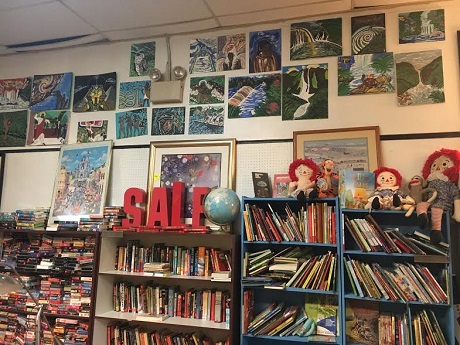 “Richmond is very eclectic, it’s an artistic town,” said Duerr. “It’s college students that might want to buy something on the cheaper end that they can trash by the end of the semester or they’re going to thrift stores to find that unique, one of a kind item.”

At their November First Friday event, R.E.D. held a Alley Katz retrospective, auctioning off old posters, flyers, t-shirts and other memorabilia of the popular 90s music venue that closed in 2010. It opened a year later as Kingdom, only to close again in 2014. The space at 10 Walnut Alley has since reopened yet again as The Top.

This event is the first of many events like it to be held at the Read Eat Drink Thrift and Cafe, according to Duerr who wants to expand their food menu, and push toward their dream of becoming a music and arts cafe.

“We have really big plans for the future. We want to have live acts that will play here, which I think this video wall will be a really interesting background for that,” said Duerr pointing to a large display of old televisions and vhs movies put together in an “MTV-beginnings-like” style. “We’ll be playing old cartoons, science fiction, and horror movies behind the bands as they play.”