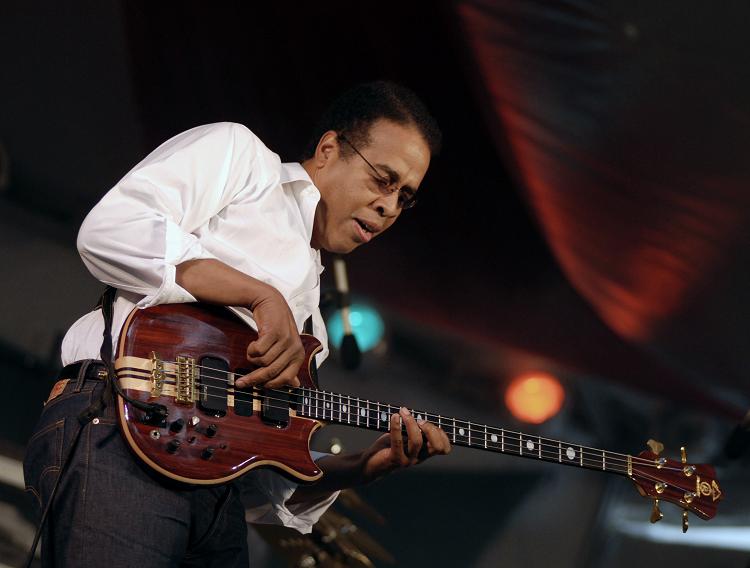 For the past three years, thanks to many sponsors and inspiring volunteers, the City of Richmond has held the largest jazz festival on the East Coast. That’s right, Richmond doesn’t mess around when it comes to jazz. Many festivals in this city get a lot of publicity, and desirably so, but this sucker, right in the middle of Maymont Park by all the dancing animals, is turning heads. And I mean heads from all over the world. Yes, talk about how awesome this and that soup-of-the-day city is, but Richmond is THE quality music festival capital of America. You damn right I just said that.

The 3rd Annual Richmond Jazz Festival at Maymont this weekend brings back serenity, soul, and smooth sounds to Richmond. This year’s lineup arguably is the best one; yet as this festival grows, we’ll say that every year. However, back to this year’s lineup – are you serious?! There is so much talent, well worth a plopping down of the blanket underneath the stars. As far as acts that stand out for me, I’m just going to name a few, as all of the bands and musicians are top shelf. If I go, I’d be excited to see Robert Cray, Trombone Shorty, Ravi Coltrane, Allen Stone, the Whispers, Poncho Sanchez, India.Arie, and of course my man Stanley Clarke!

By the way, Friday the 10th at the Hippodrome is the kickoff concert, called ‘Homegrown at the Hippodrome.’ This year performing at that show at 7 PM will be none other than Richmond’s own Lonnie Liston Smith, arguably the best jazz and soul pianist/keyboardist of all time. Jackson Ward will be back to its glory days of old tonight.

This show is being billed as an intense night of experimental music. I concur pickle fancy of blueberry cobbler. Dave Watkins and his celestial guitar kick off the evenings activities. Then Mike Kuhn aka Nah, out of the Quaker State and from the band 1994!, will be performing loops, drums, noisy rap music. Yes! I couldn’t have dreamed up a better weird concourse of shenanigans. Also out of Pennsylvania, Philly to be exact, Joint Chiefs of Math is an experimental two piece experimental band that plays music on wacko, like for instance, guitar, electronics, and drums. Somebody call Boogaloo Shrimp pronto.

And rounding out the free willin’ Bob Dylan will be this new concoction called Luff, from right here in a city that used to have a high crime rate, and come to think of it, it still does. Anyhow, Luff is comprised of members of local crap shoots, such as, Weird Alchemist, Bermuda Triangles, and Canary Oh Canary, so you know your brains will get left splattered on the dance floor. Then, it ain’t math rock, unless it’s Richmond, Virginia. Promethean will be closing the night with some experimental heavy math; quotients, exponents, and fractions anyone?

In the immortal words of the Briley Brothers, this is going to be a killer show, so spread the word. 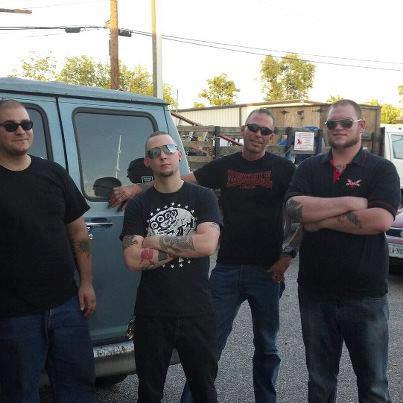 Here’s a fist full of punk rock for all you bystanders of the apocalypse. Privies is Richmond garage punk and hardcore. Enemy Exorcism is a female fronted snot rag of jams. Never Wrong is always right with their return of the Oi! Then, oh my, then you got Ratmeat. What a bunch of rude punks who give alcoholism a good name and make the music the bulldozer you craved after that dismal summer at Gandma’s.

I’m guessing an ounce of blood on the floor, maybe two. 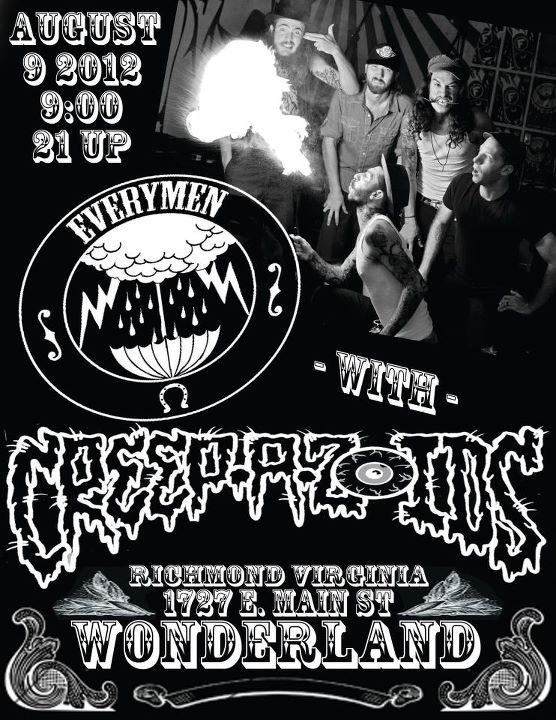 Oh my crucifixes, the real circus is in town. Everymen is vaudeville and a car accident on 95 all in one. This Florida foursome may play strings, but folk went out the door yesterday. The members consist of a bunch of goons, right out of central casting. Serg (Captain Bobo) is lead vocals, guitar, and a parading banjo. Then, there’s Jesse on second vocals, guitar, violin, and a wildman’s accordion. Tymmi, with a ‘Y’, yes a ‘Y’ is on a bull-fiddle, who knew? And rounding out the debauchery is Reid, the mandolin monster pirate. If you haven’t seen Everymen, you haven’t engaged in a fulfilling life. These guys will deliver a bona fide square dance for the gypsies in all of us.

Richmond’s Creep-A-Zoids, a perfect local act to play with this cavalcade of nomads, opens this guilty pleasure of escaping a reality that is both boring and lethargic. Creep-A-Zoid is horror punk rock, with a tinge of psycho-billy and a scary good time today, right now, this very instant. Every day is Halloween to the Creep-A-Zoids. I believe they come from 1313 Mockingbird Lane.

See you at Wonderland, a beautiful palace in between gross negligence. 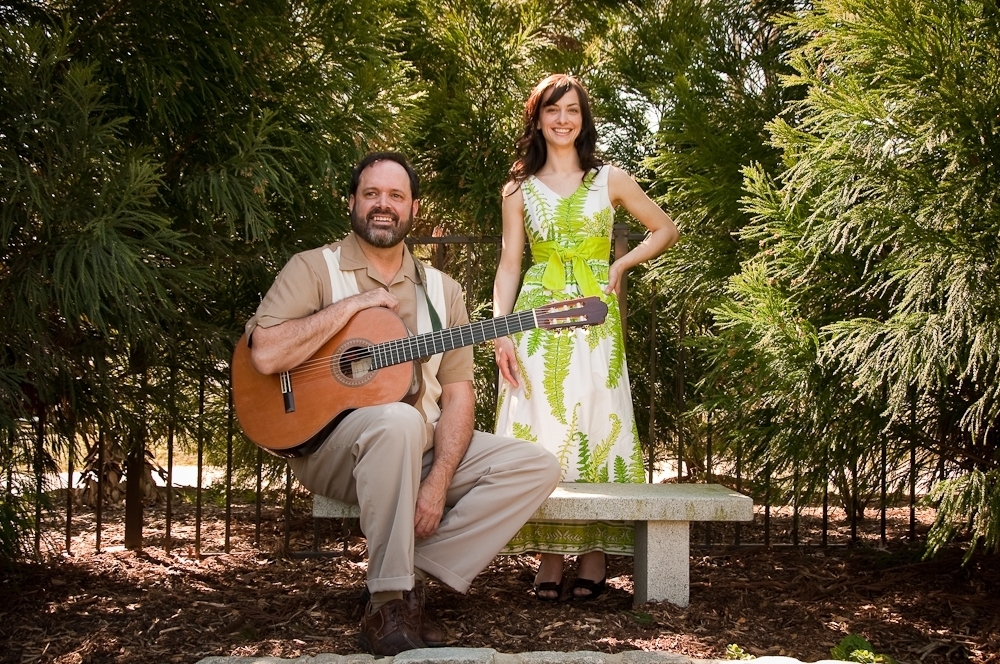 Some of the most beautiful music I’ve ever heard comes from Richmond’s Quartro na Bossa. Kevin Harding and Laura Ann Singh, a mesmerizing vocalist, formed Quatro na Bossa in 2003. Drawing initially from early Brazilian bossa nova composers and performers, Quatro na Bossa’s repertoire, which consists of bossa nova and samba of course, has expanded to include other Brazilian music styles, such as forgotten classic Brazilian songs and traditional songs of the Amazon.

Quatro na Bossa has performed at several music festivals around the country, and will be an absolute treat to see this evening along Reedy Creek. 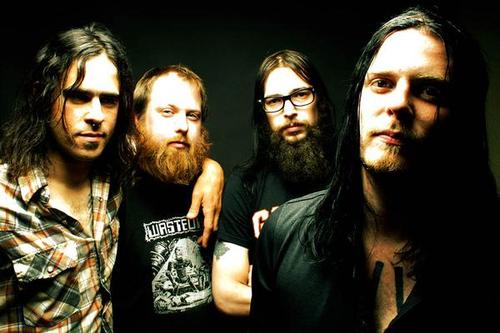 Planes Mistaken For Stars has something in common with Richard Pryor. They share the same hometown in Peoria, Illinois. This city in Central Illinois seems to me like a place that is a bevy of talent. Whether it is Pryor’s humoristic social commentary, or PMFS’s post-hardcore tunes, I know I’m listening. Since 1997, PMFS has been doing great deeds to our ears, and we certainly want more. This quartet never ceases to amaze with their melodic guitar stories all the while, never letting us down from our euphoria. As the brainchild of PMFS, vocalist, guitarist and band leader, Gared O’Donnell, has shifted though different lineups, but the core has never wavered thanks to O’Donnell’s persistence.

PMFS may have broken up in ’08, but like Jo Jo Dancer, Planes Mistaken For Stars’ life was calling, and it wanted the music back. And, oh how it did ever come back. Better than ever actually. Won’t you join me at this show because plain and simple, PMFS is a whorehouse full of heavy sound.

Regents, from joust up the road in DC, home of the first place Nationals, consist of ex members of Frodus and Sleepytime Trio. You know right there, Regents are serious business. Richmond’s Smoke or Fire and Family Cat open. Are these bands? Or an action cat arsonist that smokes Richmond made Marlboro Lights? I kid, I kid. 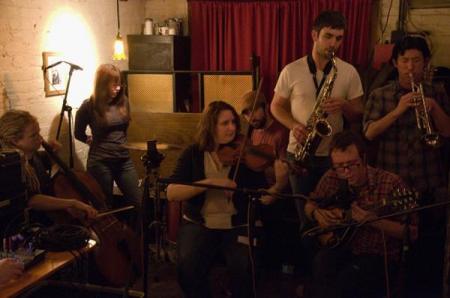 The best musician in Richmond is a hard person to find. Why? There are so many of them. If we were in a good ole’ Oregon Hill back yard brawl for it all to determine who actually the best was, my argument might just start with Nick Coward. So, before you clock me with an upper cut, let’s discuss.

Nick Coward is a singer songwriter’s writer. Coward pins the songs that keeps us fixated at every strum of the chord. Coward obviously knows his reach, but his perfect selections as to who makes up the Last Battle is a professor-like choosing of the nucleus. Along with Coward’s guitar and vocals, Adam Tsai joins in on guitar and trumpet; along with probably the most underrated musician in Richmond, Constance Sisk, and her miracle cello; with a rhythm section delight in Meagan Johnson’s bass and Matt West on drums.

Coward’s voice carries the fundamentals as it then graduates to indie folk bliss. I’m not talking about the indie folk that everybody and their brother are doing to look cool either. Nick Coward and the Last Battle is the real deal Holyfield. They truly are that five star diamond in the rough. Some say quality crafted songs are obsolete in the 21st Century. I say, are you crazy? Check this out. The Kings EP by Nick Coward and the Last Battle has already been played twice through as I write this bulletin. I’m in love with it, as I was the other times I’ve listened to it in my tiny little Museum District life. I suddenly have confidence.

Okay, you can punch me now. Wait! Where you going? Going to pick up a copy of Kings? Okay…you heard it here first people. Now get your ass to The Camel. Screw the fact it’s a Monday night. Thats when the best music comes out, and you don’t have to deal with the bridge and interstate crowd. 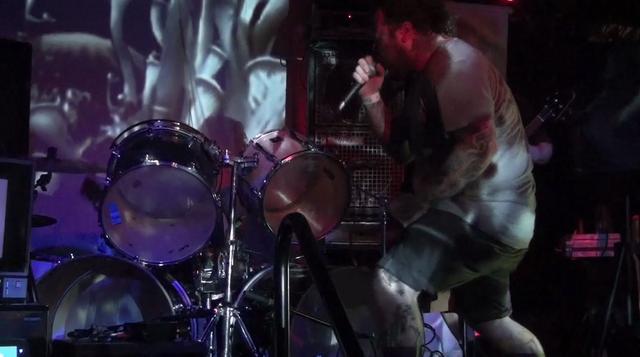 Everybody’s favorite TV show is back for its second installment. 86 Reality kicked off with perfection last night, both on TV and with the live performances following, at the Nile. Can it be topped? Well, there’s a very good chance, because Harrisonburg’s Buck Gooter is headlining and we all can be blessed by a Theremin. Terry and Billy always take it to the next level. Tonight should be no exception, as they tear into their erratic dog and pony experimentation-times-ten act featuring ants trapped inside a circle. Will Billy swing from the rafters? We shall see.

Think Strasburg, Virginia doesn’t have a noise scene? Oh, think again. Degollado will change your mind, literally. Then there’s Midzhur. Oh Midzhur, where have you been all my life? Just when I didn’t, or you for that matter, think the noise could reach Mach 10, it did. Richmond’s Midzhur brings the hardcore metal noise like Don Rickles brings the insults. It’s just too much fun to ignore.