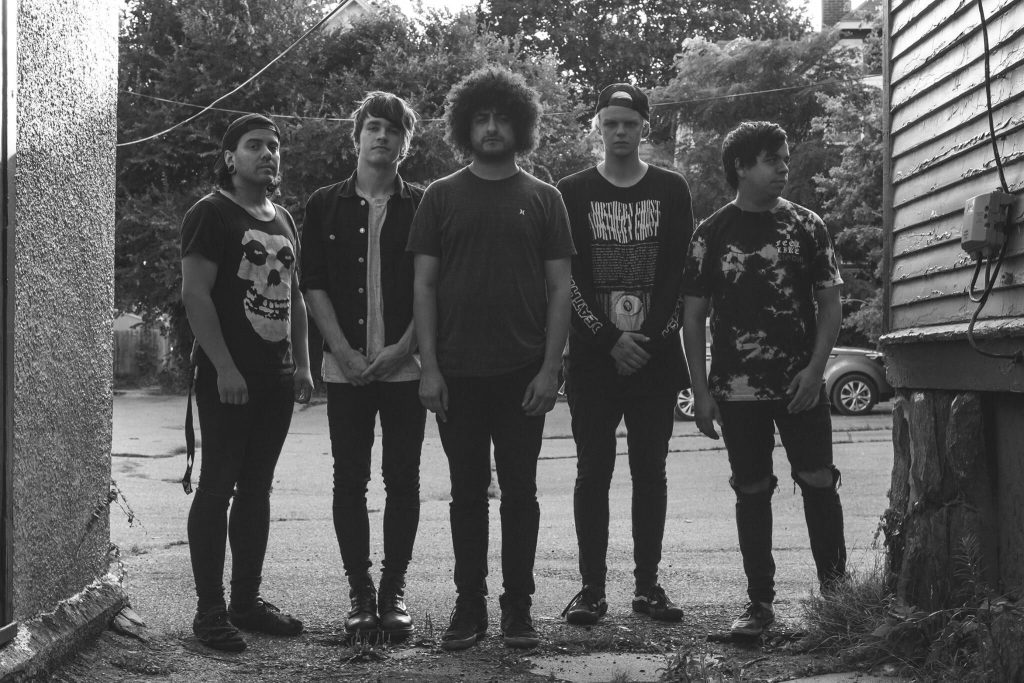 Driving an hour and a half to see a show has over the years become the norm for me. Living in Farmville, one has to be able to find the means to be entertained before they die of boredom. However, with that being said, nothing could have prepared me for the fact that I would be driving that far to attend the second I Set My Friends On Fire show in my adult life at The Camel.

I had no idea what I was about to get myself into. I Set My Friends On Fire had become a staple in my adolescent scene kid days. Between “Things that Rhyme with Orange” and the emo/post-hardcore band’s cover of the infamous “Crank Dat” by Soulja Boy, 12-year-old me was hooked. So naturally, of course, I was excited to see the 10-year anniversary tour of their album You Can’t Spell Slaughter Without Laughter.

The openers were okay. It was obviously mixed bill that screamed, ‘hey Richmond, who the fuck wants to open for I Set My Friends On Fire?’ Let’s face it, who wouldn’t take that opportunity when it’s floating in front of you like that?

Smoke Signals, a local band from Charlottesville, was the first act and I remember standing in the back and just digesting what I was seeing. The vocalist stomping around a stage that was two sizes too small, sobbing into a microphone. Imagine La Dispute randomly being interrupted by Jim Marburger from I Hate Myself screaming into your ear. The shrillness of the screaming while not being able to understand what is being said– but not as well executed. It was honestly too hard to focus on if I actually liked what they were doing because I was so focused on thinking, ‘wow, this would sound so much better if they actually had a bass player.’

The second band, .Gif from God was seemingly out of their Richmond DIY element with this lineup, but that did not stop them from giving the most passionate and one of the more unique sets I have ever witnessed. From the three vocalists on the floor that were sliding, jumping, and thrashing around, to the sheer musical talent and raw passion that was included in every single bit of their 20-minute long, non-stop set, my attention span was having a field day.

Although it was noticeable that this was not a usual setting, they still put everything into the performance and people noticed–they even managed to get the guys from I Set My Friends On Fire out of their van and inside. Whether people were drawn to it due to the talent the group possessed or simply to see what the fuck was going on inside of that venue–that’s simply up to the viewer.

The other two bands, Awaken I am and Kissing Candice are the two supporting acts that ISMFOF brought on board with them and if I’m being honest, I am unable to write much about them simply due to the fact I couldn’t focus on them for more than two minutes at a time.

Awaken I am was interesting for essentially an Issues cover band from Australia. Although the music was catchy and good background noise, it didn’t elevate itself past just that–background noise.

Kissing Candice was a spectacle in and of themselves. I had gone to the show knowing that they had played the Gathering of the Juggalos at one point and had pretty standard metalcore merch so I was in all honesty already preparing for an interesting set. With the generic face paint and the not terrible but not great music, it was easy to fall into the thought of  ‘I’ve seen this set before.’

Then it happened. Finally, I Set My Friends On Fire took the stage. The kids who performed songs with SMOSH, the kids who had single-handedly introduced me to my scene kid phase, were not kids anymore. The spectacle of the show was almost as big as the vocalist Mike Mehanas’ hair. This was not my first time hearing them nor was it my first time seeing them, but this was still just as much of an experience as it was before.

It was when I had the realization that I was enjoying this. But not because the music was good, but because my inner self was so nostalgic for the music that had literally no purpose behind it besides just being goofy, free-spirited, and honestly, pretty fun.

I couldn’t tell if the crowd felt the same way, but it soon became clear. All of the kids my age who grew up on Myspace metalcore music like ISMFOF came as a joke, but remembered how much they actually loved them and their attitude.

I don’t think I will ever be able to properly understand if I actually enjoy I Set My Friends On Fire and honestly, I don’t want to understand. The music holds up as a 12-year-old listening to You Can’t Spell Slaughter Without Laughter, and as a 20-year-old seeing them live. ISMFOF will always be held as the band that truly does not care and is becoming successful based on that.

Samantha is a Virginia Beach native currently studying communications with a concentration in digital media at Longwood University. She specializes in women's issues and empowerment in politics and visual and performing arts.