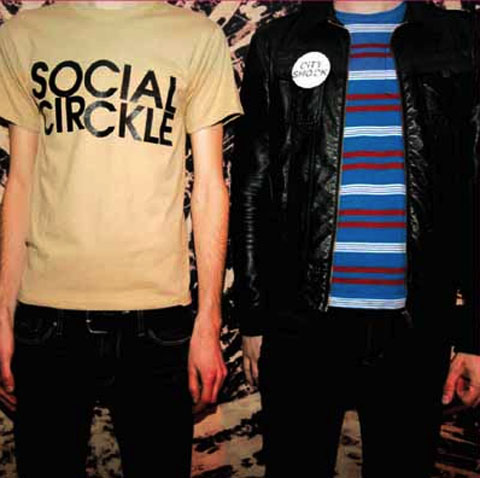 Richmond has some incredible record labels.

No Way Records has developed over the last few years to become a golden standard in the world of hardcore and punk rock. Releasing over 40 records in less than 5 years by bands from all over the world, No Way has carved itself a niche, and continues to release some of the best punk music around. Add to the list of their accomplishments the opening of Richmond’s only DIY record store, Vinyl Conflict, and the annual No Way Fest, which continues to draw an amazing lineup and festgoers from all across the world. It’s easy to see why people are paying attention when the hits just keep coming.

No Way Records has developed over the last few years to become a golden standard in the world of hardcore and punk rock. Releasing over 40 records in less than 5 years by bands from all over the world, No Way has carved itself a niche, and continues to release some of the best punk music around. Add to the list of their accomplishments the opening of Richmond’s only DIY record store, Vinyl Conflict, and the annual No Way Fest, which continues to draw an amazing lineup and festgoers from all across the world. It’s easy to see why people are paying attention when the hits just keep coming.
www.nowayrecords.com 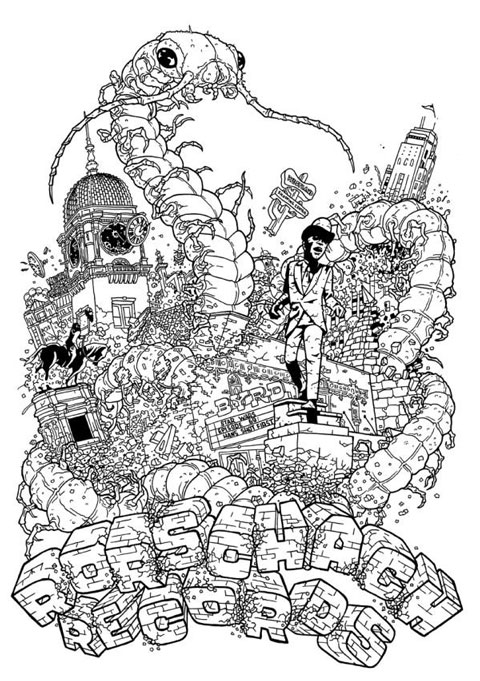 Starting out as most record labels do, as a way to put out your own music, Rorschach Records has quickly become a stalwart indicator of what Richmond’s DIY music scene has to offer. Not adhering to any one genre of music has allowed for a diverse lineup of releases and dynamic split records between bands of all genres from both Richmond and Florida. Several of these releases also included artwork by prominent Richmond artists like James “Barf” Callahan and Tyler Thomas. What’s next for Rorschach, you ask? A brand new LP from Ultra Dolphins. Get stoked!
www.rorschachrecords.net 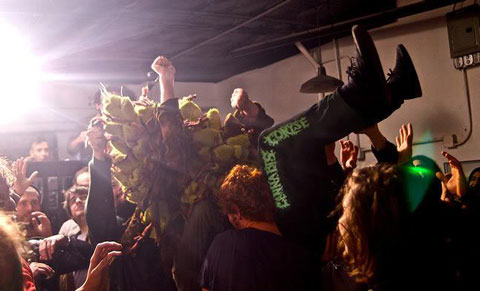 This label began modestly in the suburbs of Northern Virginia, under the name of Robodog Records, as a means to release records for friends. It was a combined effort of smart decisions and the loyalty of friends that helped turn this basement run hobby into one of the most respected record labels in heavy music, Robotic Empire. The past year saw the release of Torche’s critically acclaimed Meanderthal, Isis’ Live IV double LP, Cannabis Corpse’s Tube of the Resinated and a few others. The coming future holds a lot of releases still shrouded in mystery, but promises big things, as well as announced-but-pending projects including a live Young Widows record, a Nirvana tribute compilation (bound to boast an incredible roster), and a posthumous split record between now defunct screamo legends City of Caterpillar and Pg. 99.
www.roboticempire.com 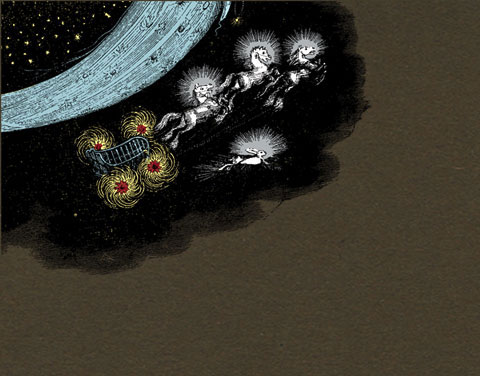 Richmond is well known for its rich back catalog of punk and hardcore bands, but in the last decade, it’s also become synonymous with quality folk music, sometimes even played by those same punk rockers. Triple Stamp Records is about as low key as they come in every single way. Their releases often float under the radar for a short while before it seems that everyone is buzzing about it. The packaging is often handmade, hand-printed, or hand assembled, showing a unique balance of care in packaging, and the amount of care put into the music contained. Triple Stamp Records is a solid reminder of how diverse our city’s music scene is, and we’re lucky to have them here to remind us that sometimes it’s nice to just sit down and chill out. Keep an eye out for their newest release, The Fire Next Time by Jonathan Vassar and The Speckled Bird.
www.triplestamp.com 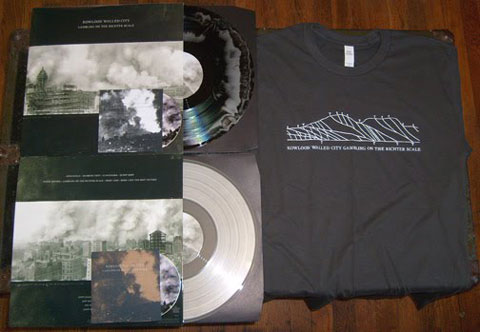 The Perpetual Motion Machine might be the most appropriately named record label around. Throughout the years of its existence, things go at breakneck speeds, then slowly dye off to a snail’s pace, but something is always happening. These days, things seem to have leveled off, and records are coming out at a steady pace. The next few months will see the releases of three new records: Richmond’s own noise-rockers, The Catalyst’s phenomenal new LP “Swallow Your Teeth”, Brooklyn-based psyche rock outfit, Ancient Sky’s debut LP, and California-based weirdo hardcore band, Litany for the Whale’s EP, Dolores. With a few more releases lined up after that, 2010 looks to be a busier than usual year for TPMM, and we can’t wait to see what else they have up their sleeves.
www.theperpetualmotionmachine.com 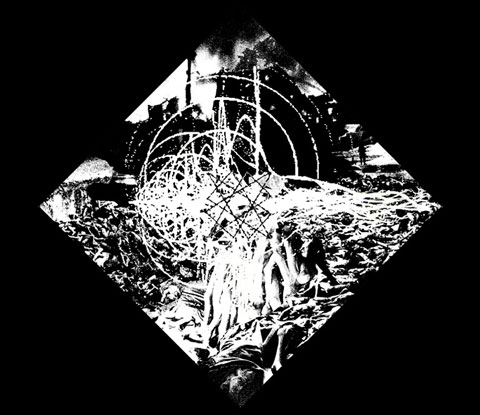 Forcefield began slowly releasing records a few years ago, and up until a year ago, only had a handful of releases. But the pace has begun to pick up and, it would seem there is no end in sight. By the end of the year, there will have been nearly 10 new records out with the Forcefield Records’ stamp of approval. While researching their back catalog, it becomes obvious that this label has such an ear to the pulse of, and unrivaled excitement for, music in Richmond that several of their releases predate other labels such as Robotic Empire and The Perpetual Motion Machine.
www.forcefieldrecords.org 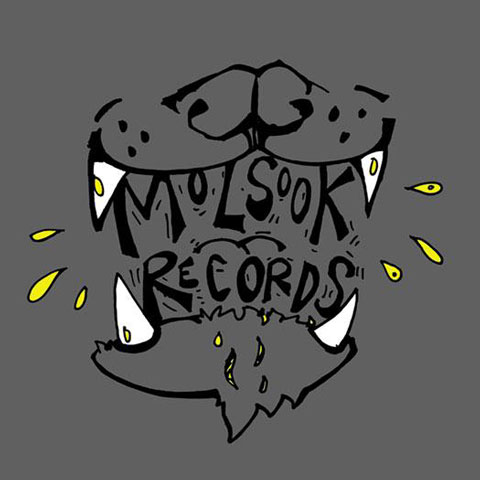 Quality over quantity seems to be the rule of thumb with Molsook Records. It’s only been a few years since the release of the Tigershark / Apeshit split LP, the debut record for the label, and almost immediately Molsook hit its stride. Up until this most recent release, the focus has been on Richmond-based acts like Hex Machine, and the annually performing all-star band, FOOD. Hot on the heels of their most recent release, Dolores by California’s Litany for the Whale, Molsook is set to release a 7” for Richmond’s favorite (and only) one-man band, Gull, and there is talk of a split between some awesome DC bands in the distant future!
www.molsookrecords.net 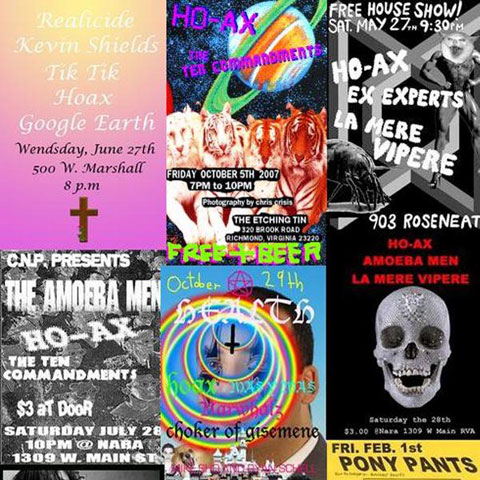 It all began at some point in 1992 in the city of Roanoke, VA. Local musician/CNP Founder Jason Hodges sought to release recordings that embodied the experimental conundrums that were most intriguing to him. This all began with the cassette releases of Rectal Puss’ Fuck Roanoke and the self-titled Suppression demo. With the assistance of Bill Porter, the now Richmond-based CNP Records has released numerous CDs, twelve-inches, seven-inches, compilations, and even a DVD showcasing their artists, past and present.
Their two most notable compilations were Audio-terrorism, which featured ninety-nine bands, and The Supersonic Sounds of the Fuck You Movement, acting as yet another informative, enticing compilation for the label. After their last release, the agenda for the label is exciting to say the least. Expect a new LP by the Amoeba Men any day now, as well as a brand new full-length by Bermuda Triangles. Also in the works is a new compilation entitled YO CNP RAPS! If it’s anything like Audio-Terrorism or The Supersonic Sounds of the Fuck You Movement, it should be another fantastic addition to an already impressive catalog.
www.cnprecords.com 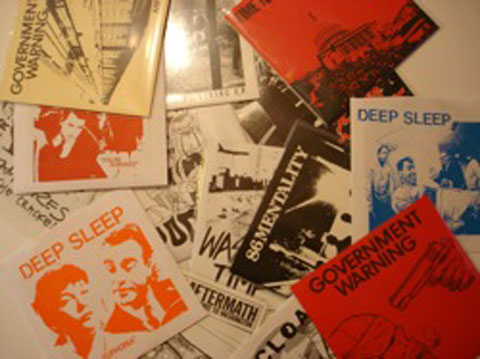 Occasionally in cahoots with No Way Records, Grave Mistake has aided in making Richmond’s presence known in the world of punk rock by continuing to release records by Richmond’s best punk and hardcore bands from the past and present. In addition to that, the past few years have seen releases from some non-local bands, such as Baltimore’s Deep Sleep, London’s Logic Problem and New Jersey’s Psyched to Die, amongst many others. Next up? Nothing announced as of yet, but you can be sure that it’s going to be fast, loud, and kick ass.
www.gravemistakerecords.com

via RVA Volume 5 Issue 4 Irregular Broadcast, A Selection Of Sounds