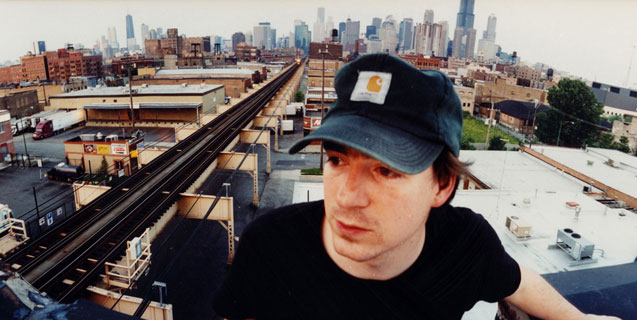 Word has come to us from Chunklet that Jason Molina, leader of Songs: Ohia and Magnolia Electric Co, has died. Molina, who has been out of the public eye since 2009 due to ongoing struggles with alcoholism-related illness, succumbed to organ failure related to alcohol abuse on Saturday, March 16. Over the last few years, he had been in and out of various rehab clinics in the US and UK, and at one point, a donation fund was created in his name by his family, in order to defray the cost of his medical bills. Unfortunately, it was apparently not enough to save him. He passed away on Saturday night in Indianapolis.

Molina was a prolific artist for over a decade, beginning with his debut release as Songs: Ohia, Nor Cease Thou Never Now, an EP released by Will Oldham’s label, Palace Records, in 1996. In his early days, he performed his songs on a four-string tenor guitar, backed by a rotating cast of friends and peers. Early Songs: Ohia albums such as his self-titled debut, aka the Black Album, and The Lioness, drew critical acclaim, but his career reached new heights with the 2002 release of Didn’t It Rain, on which Molina switched to a regular six-string electric guitar and was backed by members of bluegrass band Jim & Jennie & The Pinetops. He followed this album up with Magnolia Electic Co, his most straightforwardly rock album yet, which featured his Didn’t It Rain touring band and ended up being the final Songs: Ohia album.

At this point, the full band version of Songs: Ohia began going by the Magnolia Electric Co. name, and Molina’s solo work began appearing under his own name. Between 2003, when the name change occurred, and the 2009 release of Josephine, which ended up being the final full-band release, Molina released five Magnolia Electric Co albums, as well as three solo albums and a collaborative album with Will Johnson. However, his planned European tour for the Johnson collaboration never came to pass, and other than last fall’s solo release, Autumn Bird Songs, Molina hasn’t made any music available since.

Fans from the RVA area have vivid memories of Molina’s riveting live performances in the area, from a 2003 full-band appearance at the VCU Commons while on tour with The Mountain Goats to a legendary MacRock solo set that Molina performed on the steps of the Harrisonburg courthouse, accompanied only by an electric guitar run through a tiny combo amp. He was an immensely talented performer who had a lot left to give, and it’s a shame to see his demons take him away so soon.

Here is a solo performance by Molina on a Bologna, Italy radio station in November 2007:

Here is Magnolia Electric Co playing “The Dark Don’t Hide It,” from their album What Comes After The Blues, at the Village Tavern in Mount Pleasant, SC in 2005:

The Road Becomes What You Leave from Todd Chandler on Vimeo.