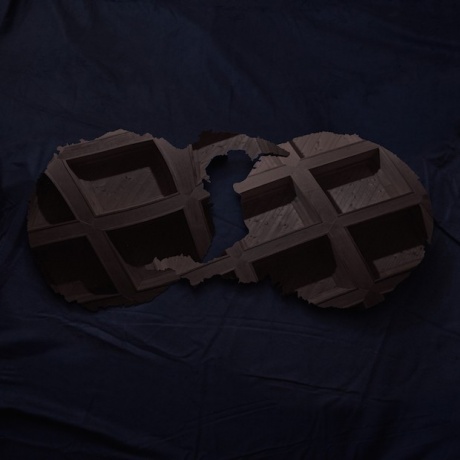 What happened to the Dirty Projectors? The band had been quiet until frontman Dave Longstreth started posting new material late 2016, along with the new self titled album, and it was clear that something had changed.

Did our beloved Brooklyn indie darlings breakup? Well for one, the girls are gone. The harmonized female vocals that had characterized their sound for so long are absent from this record. Vocalist (and lover) Amber Coffman left the group, assumably to pursue her own artistic endeavors, leaving Longstreth to wallow in his own self pity and loneliness.

So what is our indie sad boy to do after a serious breakup? Write an RnB breakup album, of course! The result is this new album in which Longstreth has a sad release over Coffman for about 45mins, detailing all the pain and agony of his break-up with his ex-bandmate. The track list is full of Hip-hop flavored slow jams featuring Longstreth’s warbling falsetto.

A lighthearted affair this is not. That is clear from the first few seconds of “Keep your Name” where the lyrics “I don’t know why you abandon me.” are pitch shifted down to a miserable groan. On the aptly titled track “Death Spiral,” Longstreth sings “In a wild death spiral / We’re hitting the ground / In a fiery pile.” Longstreth elaborates in a recent interview with Spin saying, “…these lyrics are kind of dispatches from that moment of a relationship where you can’t tell the difference from the “I” and the “you” and so it’s all mixed up.”

In all fairness breakups are tough for anyone and for Longstreth to display such vulnerability is admirable. The instrumental passages on [Self-titled] can be about as difficult as the emotions surrounding the theme. Disjointed, dissonant, warped and confused; this album sounds broken. What makes it worth the listen is the deep introspection on relationships and the gems in the track list that temporarily dispel the raincloud.

[Self-Titled] mirrors the messy emotions of a breakup which makes for a mixed bag of songs. When it works it works well, but unfortunately there are some duds. Trying to sit through the auto-tuned vocals on “Ascent Through the Clouds” is near torture, so by the time the banger “Cool your Hearts” kicks in, it’s almost a sigh of relief. Easily the most enjoyable track on [Self-Titled] It’s light, fun is the only track here that isn’t brooding in regret. You can forgive some of the more heavy-handed tracks because “Cool Your Heart” is just that damn good.

With the breakup being the catalyst for this album, Self-titled runs the gamut of relationship struggles. Work Together is a reflection on romance where Longstreth sings “Maybe love is competition that makes us raise the bar and better ourselves.” Although, the album really hits a stride on “Up in Hudson,” where Longstreth details the timeline of his relationship with Amber, recalling sleeping on floors, seeing the world from the road and the stage. It’s a really dynamic track that takes listeners along for a ride.

Perhaps the most sobering track, “Little Bubble,” features stunningly beautiful string arrangements and a chorus that freezes time. Longstreth calmly proclaims “We had our own little bubble, for a while.” This is an example of where the sorrow has been channeled into something meaningful. The lyrical content is heavy and the delivery is so theatrical that it’s easy to write this off as overly dramatic; and at times it is. The Guardian writes, “things occasionally get a little dense. For the most part, though, this is work of emotional and musical maturity: sad, complex and sometimes profound.”

Closing statement:
If you can palette the indie divorce melodrama and Longstreth’s ridiculous vocal delivery, than Self-titled should be a rewarding listen, otherwise you’ll be cringing the whole way through.