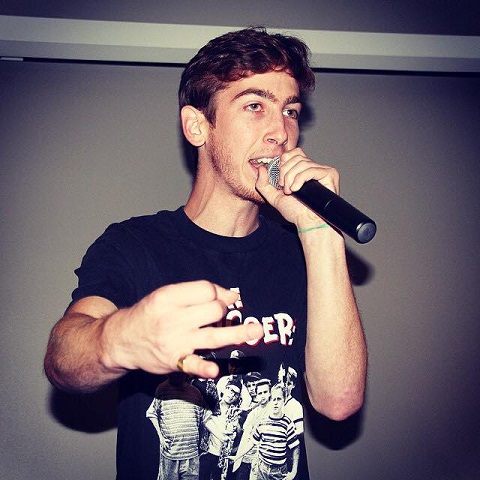 I’m gonna get this out the way. I was impressed by the lyrical maturity of this project.

I’m gonna get this out the way. I was impressed by the lyrical maturity of this project. Sure, there are industry beats on here, but Marlon manages to not let them outshine him for the most part, except where he chose to rhyme over Mobb Deep’s “Shook One’s” (which I have never heard anyone be able to come off stronger than Hav and P did back in the day).

Marlon Craft is a 22-year-old hip hop artist out of Hells Kitchen, New York that released Pieces, a 15-track mixtape back in March.

You can really tell that Marlon loves Hip-Hop, and that it has been a strong part of him finding his identity, which is something I really love about this, about Hip-Hop, as I can relate. While not all this is my chamber and it does get a bit sensitive at times, both in regards to the opposite sex and in regards to Marlon’s apparent insecurity about being white.

What matters to shine no matter what here is the quality that has been put into each record and lack of pretention, which is often what a “lyrical” rapper confuses for skill. With reflective records like “the Rain” Marlon Craft proves that though anyone can put words together, when you put yourself into those words the difference is clear; and that is what’s greater than the sum of Pieces 15 tracks.

Check out his video “When the Knicks Win a Title” below that was just recently released.