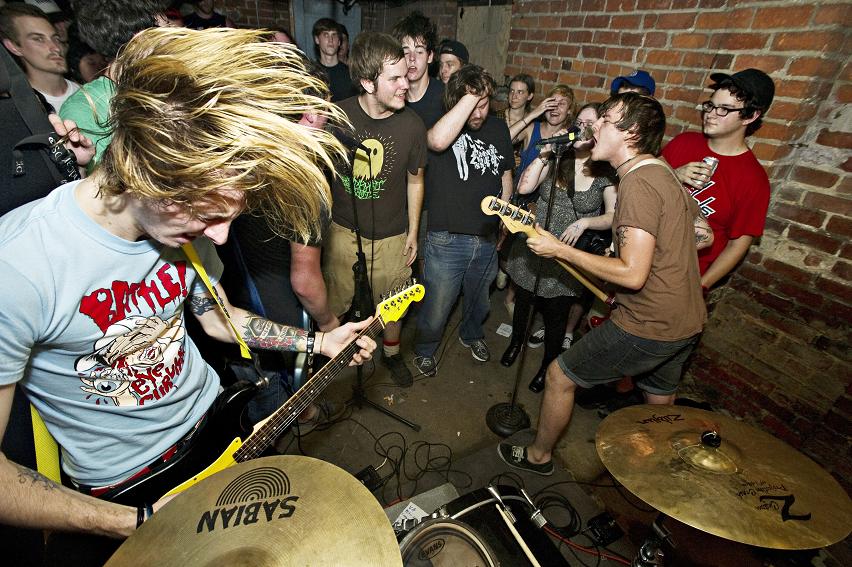 Hold Tight! have helped lead a resurgence in Richmond’s basement pop-punk scene. They blend pop-hardcore influences like Kid Dynamite and Lifetime with an almost adolescent “let’s have fun and make as many friends as possible because that’s what this is all about” view of music, informed by a deep commitment to the stylings of bands like Blink-182 and Green Day. Fast, loud, and fun, this band is one of Richmond’s best. Their new EP, Call the Zoo, is a seven-song, six-minute release, available for free (as are two other EPs and their first full length, Can’t Take This Away) through their Bandcamp or the Death to False Hope Records website. 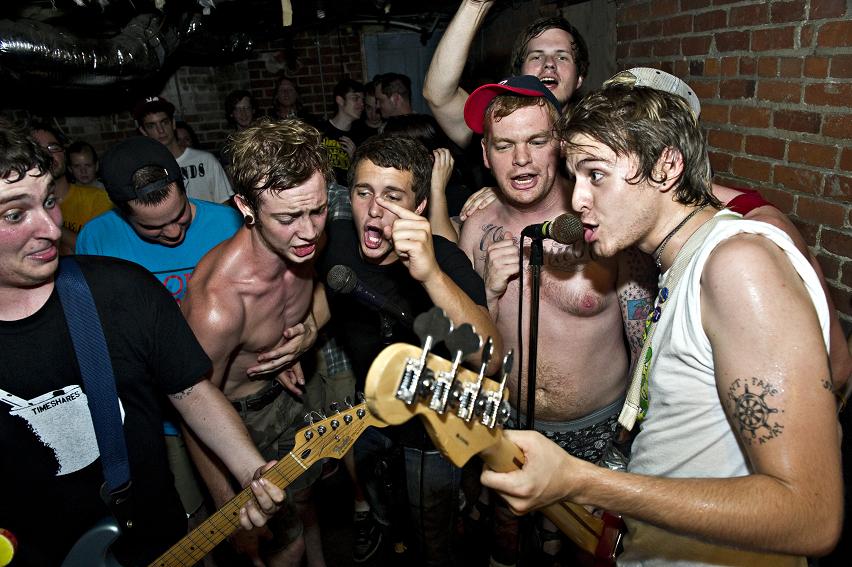 How long have you all been playing together as Hold Tight!? Where did the name come from?

We have been playing together in Hold Tight since early 2009. James made a list of names when we started and Hold Tight was in there. It didn’t come from anything. Everyone shot down every name on the list, but then two months later he brought it up again and we all liked it. Not sure why.

At the time of this interview you are all on tour with This Is Your Life. How is your tour going so far?

It’s been great! We’ve managed our time a lot better this time around and have gotten to see a lot more of the cities we’ve played in. The shows have been some of the hottest we’ve ever played – one show was at some kid’s shed in the middle of Missouri, which was under a heat advisory. They’ve all been awesome though.

While Hold Tight! plays easily 2 shows a month in Richmond, this is the first time many of the towns you are visiting are seeing you all play. How is the music being received?

It’s all been really positive. At a few shows we’ve had kids drive pretty far to see us, which has meant a lot to us. At the time of this interview, we’re currently en route to Birmingham, AL and have about two weeks left. 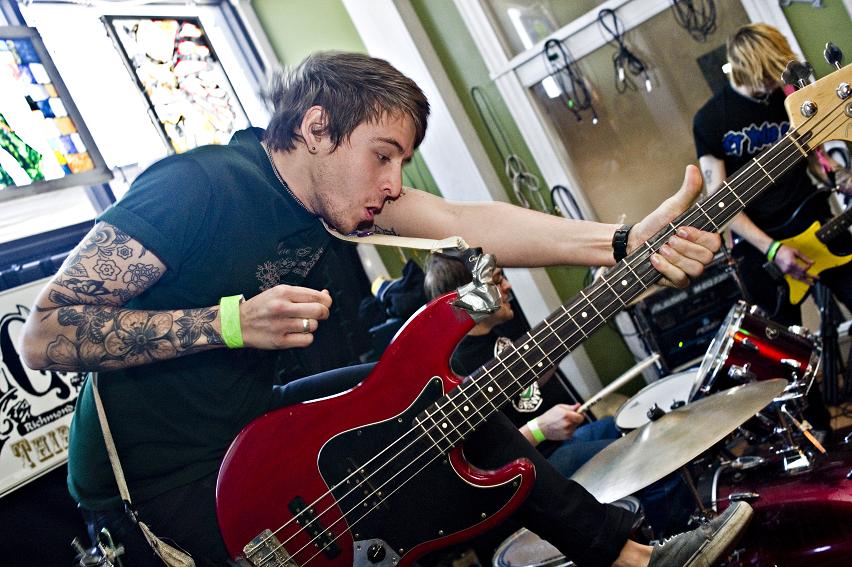 Like most pop punk bands, your songs are generally fast and catchy. But unlike most of what we hear in the genre, Hold Tight! songs bleed positivity and explore more ground than the typical broken-hearted affairs. Is there a conscious effort in your songwriting process to bring out more of those positive themes and stay away from the well covered ground of bad relationships?

We don’t go out of our way to write about or avoid writing about any particular emotions. We just happen to write more positive songs than not. Not to say that we haven’t expressed negative feelings in any of our songs, but we would rather focus on the positive aspects of life and our relationships.

Along with bands like Pedals On Our Pirate Ships, Sundials, and This Is Your Life, Hold Tight is a part of a successful and growing Richmond music community. What elements do you think make for a good and sustainable music scene?

I guess it’s a cliché term, but a sense of community and a willingness to work together is seriously the most important part of a positive underground music scene. One person can’t be the only one who plays in bands, books shows, donates their basement for shows, their living room for bands to sleep, their kitchen to feed bands on tour, their artistic ability to make flyers, etc. It takes a lot of people working towards the same goal, and that’s important. We are fortunate enough to be part of a great DIY community in Richmond – at any show, it seems like everyone knows each other and are friends. It’s awesome. 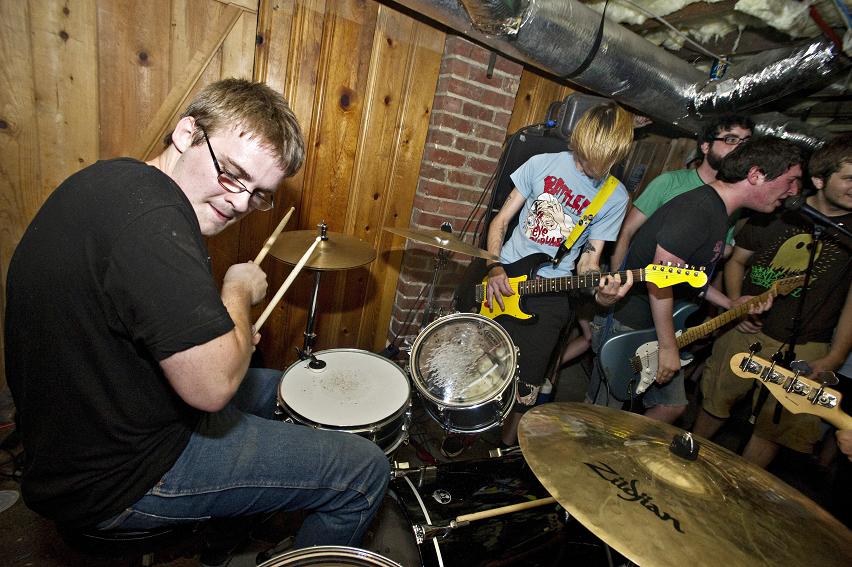 Your new 7 song EP Call The Zoo clocks in at around 6 minutes. Tell us a little bit about how the EP came together.

We had a bunch of shorter, more aggressive songs that we had written, that we didn’t think would fit well on our next full length. So, we decided to record them on a short EP and release it for free online. It’s also going to come out on cassette and 7 inch.

Have you all played with any bands on this tour that you’d like to give a shout out to?

Revision Plan in Chicago and Thunderbolts in Nebraska are both awesome bands and took care of us really well when we were in their cities. Neither band tours much, but definitely check their songs out.

Any plans to record another full length in the near future?

Yeah, hopefully we’ll have a new one out in Spring of 2012. We’re recording a bunch of stuff for splits and compilations before then, though.

What have been the top three kooks you’ve encountered on tour?

Introduction by Carl Athey
Interview and Photos by Jake Cunningham