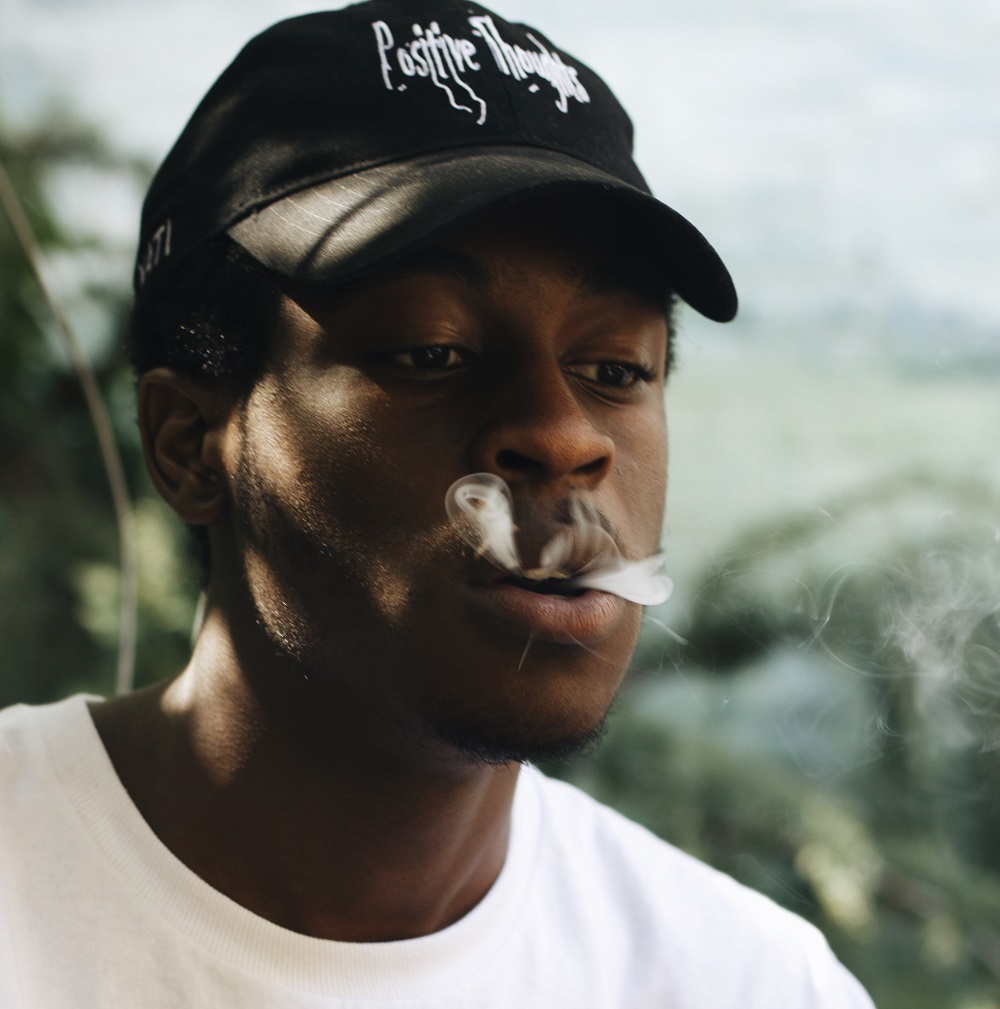 This article was featured in RVAMag #23: Winter 2015. You can read all of issue #23 here or pick it up at local shops around RVA right now.

“You wouldn’t know it, but there’s a park back there, it’s beautiful. Linco used to swim in thereas a kid,” says Cyrax of Divine Council, pointing to a nondescript patch of trees. On the surface,it doesn’t look like much; just a string of woods alot like the spots you made the best of near your childhood home.

I ask if that was the spot where they used to hideout while skipping school to smoke weed.

“Yeah!” Cyrax laughs. As we walk, he points to other places along our way that a passing eye wouldn’t think twice of. But to him, these are memories of youth and mischief, days that aren’t too far removed from where the 18-year-old MC finds himself today.

Cruising through Northside somewhere between Richmond International Raceway and Azalea Avenue, we’re on our way to pick up his collaborators, Lord Linco and $ilk Money, from the Southside. Along with Chicago-based producer ICYTWAT, the three make up Divine Council, a collective that, despite having not a single member older than 19, have received some accolades even
household names didn’t attain this early on.

2015 has been a big year for the Council. They’ve collaborated with one of their idols, Philly-based rapper Asaad, and received shout-outs from the likes of A$AP Mob, Playboy Carti,
and trendsetter/tastemaker Ian Connor. Their songs on SoundCloud have amassed as many as
200,000 listens, and two were even included on the latest playlist from hip hop internet celebrity 40oz Van. 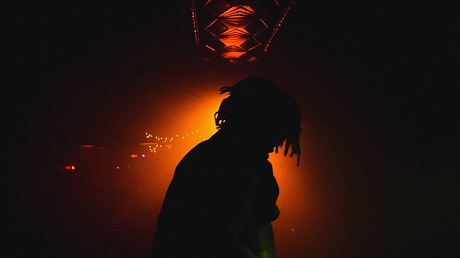 And yet, despite their recent successes online, they’ve been relatively quiet on the local scene. Sure, they’ve received recognition on a national scale that’s unusual for Richmond artists, but it hasn’t been until the past couple months has the city started to take notice. Lately, though, they’ve been paying attention in a big way.

A couple weeks before this interview, I caught their headlining performance at Strange Matter. I was curious to see how the local crowd responded now that they’d gained a little national love, especially since each member of Divine Council brings their own unique sound to the group, blending a range of styles from bounce to cloud-rap.

Needless to say, the show was live–the packed crowd moshed along to every song. Hell, even
songs that give a relaxed vibe on record, like Cyrax’s “I Like,” somehow turned into high-energy
hype, with the crowd reciting every word.

Despite their growing fame and fan base, the group seems unfazed by the weight of it all. In
sitting down with them, I learned why this is where they feel like they should be–crafting and developing their work over the past couple of years (despite the lack of local love) to now
deliver Council Season to the world.

Talk to me a little bit about how Divine Council was formed.

Lord Linco: I mean, I’m always doing my own
thing when it comes to music, but Divine Council was just an idea at first. And then I met Cyrax early in 2013 at a birthday party or something.

Cyrax: I had just met this nigga and we had just been kicking it all the time and recording, just chilling. It wasn’t even on some music shit at first, just some friend shit. The music came second.

$ilk Money: I was just chilling in my room writing, but I never laid anything down or had any intentions of laying anything down. I was just selling weed, that’s what I love to do. That, and beating nigga’s asses. 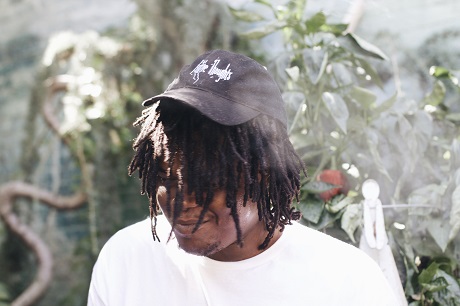 Cyrax: Yeah, we all knew of him, but I didn’t really know him. I knew of him because he was always showing love and shit. We used to have these early ass shows back in the day and that nigga was on stage like he was in Divine Council, back in 2013.

I’m curious to how you all developed your sound that’s sort of falling into this new school tier of trap.

$ilk: Fuck that trap shit. Ain’t shit trap over here. We don’t make trap music, ain’t no finessin’, ain’t no ‘I’m going with the sack, ain’t no need to ask you for your money back.’ Ain’t none of that shit, you feel me? That trap shit, I’m not going to say all of it, a lot of it is fabricated.

We ain’t fabricate shit. Trap right now is an aesthetic; trap is definitely an aesthetic. You
go on Twitter and see the white kids be like “Oh–so savage. So fucking savage.” Nigga, you in fucking Oklahoma, bro! See, that’s drill aesthetic. That trap aesthetic, I don’t know.

$ilk: We be in the room sometimes trying to figure out a genre to call our shit.

On a national scale, you all have songs that have 100, 200k plus views online. I haven’t really seen too many Richmond artists do that yet. 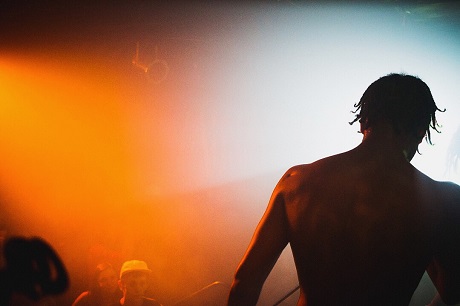 Lord Linco: Well, the thing about us is we’re not Richmond artists.

$ilk: Some niggas from Richmond want to stay in Richmond.

Lord Linco: Don’t get me wrong, I love my city. But I don’t want to be that nigga that takes over Richmond, I want to be worldwide.

Cyrax: That was never our goal.

$ilk: Yeah, because Richmond ain’t even fuck with us at first.

Lord Linco: We’re just making our own lane, and our lane goes way past Richmond.

Let’s back up for a second. How did people outside of the city start fucking with y’all, and how did you see that traction grow?

Cyrax: It’s always been like that. The internet, man. Divine Council loves the internet, yo. It’s funny, with Richmond, there’s always been this struggle of being an ‘East Coast’ city in terms of sound, but outsiders expect more of a southern tone. You all do a really great job of bringing the two together.

$ilk: A lot of me and Linco’s shit, we speak a lot of patois, a lot of patois. People will sit there and think I’m speaking gibberish, but I’m speaking a legit language that they don’t have any knowledge of. Divine Council, we listen to punk rock, heavy metal…

Lord Linco: Another thing about us is we’re not
just some regular ass Richmond niggas. Our backgrounds are not in America.

Cyrax: I’m a Bermudian, these niggas are Jamaican.

Lord Linco: I used to go back and forth, learnt a
lot about my people, my roots.

$ilk: I’m from Richmond, but the majority of my people from Louisa. I never even came to the city, for real. Them niggas were in the city, I was just in the county, that’s where all my bread was at. Everybody who’s in the county was coming to me, I was just over there doing my thing, selling bud. Them niggas would always come to my crib to record and shit, that
was the HQ.

Cyrax: That’s how shit really developed. 2014 we were just at his crib, making hella music.

$ilk: I could say that 80%, 75% of the songs were from 2014 was at my crib, in my room, we were just smoking dope. We never really fucked with anybody else besides us.

When did the change really occur though between 2014 and now where you’re getting all these different shoutouts and national prominence?

$ilk: Well, it’s not really that we wanted to stay where we were at, we were making music for a reason.

Lord Linco: The thing is, the whole 2014 was us developing Divine Council.

Cyrax: Individuals too, as well as artists. I was just releasing singles, just chilling with these niggas all the time. We really developed our core following, I can say in 2014 that’s when we got our core following because there’s still people from then that are fucking with us heavy.

$ilk: We were all just really trying to find ourselves, that’s what it was. And we found ourselves, quick. We transition sometimes artistically… I wouldn’t even say transition; we branch out. I don’t try to stay in the same wave or lane.

So, who was the first person who shouted you out on a national scale, and when did it happen?

$ilk: That whole week, we as at his crib, it was just something new every day.

Cyrax: That nigga A$AP Bari was fucking with us, then Assad, that nigga Ian Connor.

Cyrax: ICYTWAT met [A$AP] Rocky.
$ilk: We weren’t doing shit. We were just watching C-Murder videos and The Matrix and shit, smoking weed, eating pizza. That whole time we recorded one song. That was our
vacation, that was our week off.

People would kill to be in a lot of the positions you’re in, but you all have the approach like
“We don’t really know how it happened, it’s just people showing love.”

Linco: I mean, the way you’re talking about it, I didn’t even know it was that serious.

It is, these benchmarks are a big deal.

Cyrax: The thing with us, though, is we’re not even really asking for it.

$ilk: Yeah, niggas be sitting here mad as a bitch. Niggas on Twitter be like “We’re doing this without a cosign, we’re doing this without cosign.” Good for fucking you, bro! You can’t ask somebody for a cosign. You can’t sit there and be like “Ay yo, cosign me!” You can’t, that’s not a cosign, that’s you begging a nigga to fuck with you. That’s like you sitting there paying for a feature, paying for a beat, paying for…you know?

Lord Linco: We don’t do none of that.

$ilk: We don’t do none of that. You can’t sit there and ask somebody to cosign you. They either do it or they don’t. They either fuck with you or they don’t. So, these niggas on Twitter saying “we do it without a cosign.” That’s because nobody fucks with you, nigga!
Nobody takes the time to be like, “I fuck with these niggas so hard, I’m going to let the world
know.” It’s not our fault! Suck my dick. [laughs]

On a local level, do you feel like Richmond willfeel like they’re going regret missing the Divine Council train?