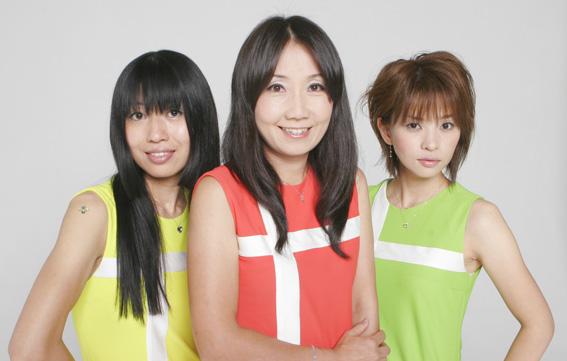 The legendary all-girl pop-punk group Shonen Knife will make their mark on the Richmond music scene this Friday.

The legendary all-girl pop-punk group Shonen Knife will make their mark on the Richmond music scene this Friday. Beloved by Kurt Cobain, Shonen Knife’s tour with Nirvana skyrocketed them to stardom in America. Their highly influential albums and high energy stage performances continue to make an impression on pop-punk fans the world over.

Catch this historic pop punk band in action this Friday, November, 13 at Plaza Bowl at 8pm. Rumor has it that Atsuko Yamano, (Naoko’s sister, first drummer, later bass player) will be touring with the girls and may jump on the stage for old times sake. Supporting Shonen Knife will be locals Hex Machine and Hot Lava as well as Jeff the Brotherhood from Nashville. This show will also be the 7″ release party for local favorites Hot Lava.

In 1981, sisters Naoko Yamano and Atsuko Yamano and their friend Michie Nakatani started the all-girl pop-punk band in Osaka, Japan. The girls were influenced by acts like the Ramones, The Beach Boys, and The Buzzcocks. They have even performed as a Ramones tribute band: The Osaka Ramones.

Over the years the line up of members changed, but since it’s conception 27 years ago Shonen Knife has been rocking hard. They have toured with the likes of Nirvana, Fugazi, and BMX Bandits. Their catchy pop songs have been covered by artists like, Sonic Youth, L7, and the Lunachicks and have worked with Sean Lennon, Cibo Matto and countless others. -LV