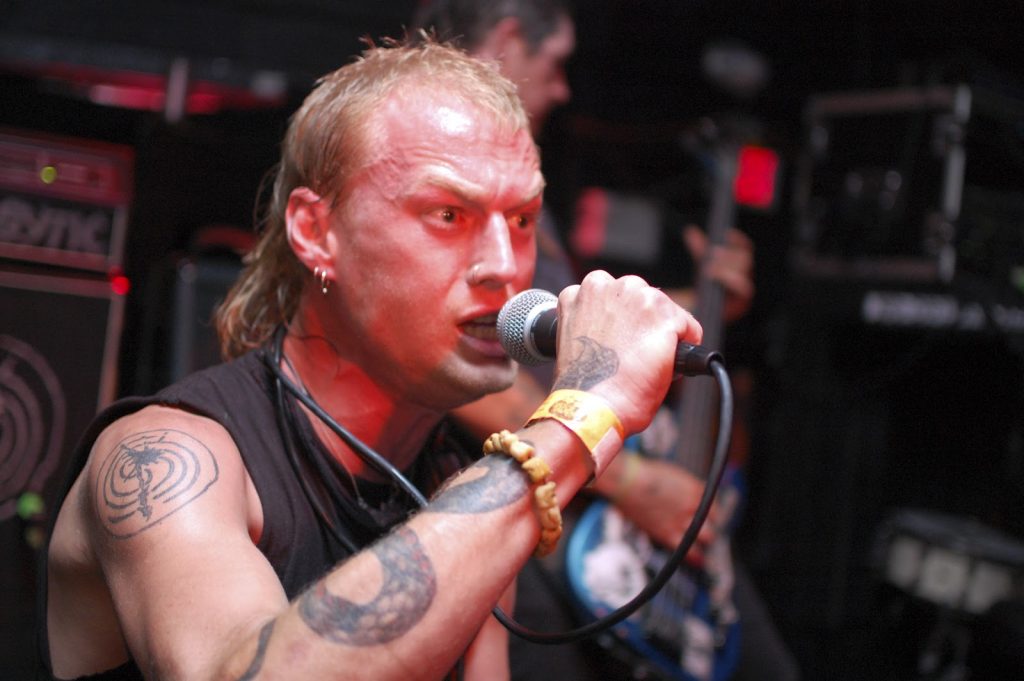 Things I learned this week:

*If there was any genre to form a worship band to, old school Swedish death metal is the best genre.
*Nick Poulos is the best guitarist in the area, Alex Tomlin may be the best drunk drummer.
*I don’t know shit about D-beat. I like my crust with some charring, but not blackened crust.
*I thought Metalcore karate moshing was dead?

When the fuck did this shit come back? I’ve had my run-ins with these playground freaks over the years. Getting my head split open by some asshole who thought it would be cool to slam their elbow into a crowd of people who paid money to watch a decent band wasn’t a cool way to spend the beginning of a high school summer vacation. It’s been quite a while since I’ve had to witness these kids fight their invisible friends, but unfortunately, the Black Breath show on Tuesday brought out the worst in some former emo/metalcore alumni. Not sure if it was Enabler (ex-Fall Out Boy would explain it [the fact that the ex-member of Fall Out Boy was also in Vegan Reich probably explains it twice as much.-ed.]) or Dead In the Dirt, but I can’t wait til one of those knuckleheads runs into a tall, bearded, Swedish lumberjack who carves runes into his skin for a living. 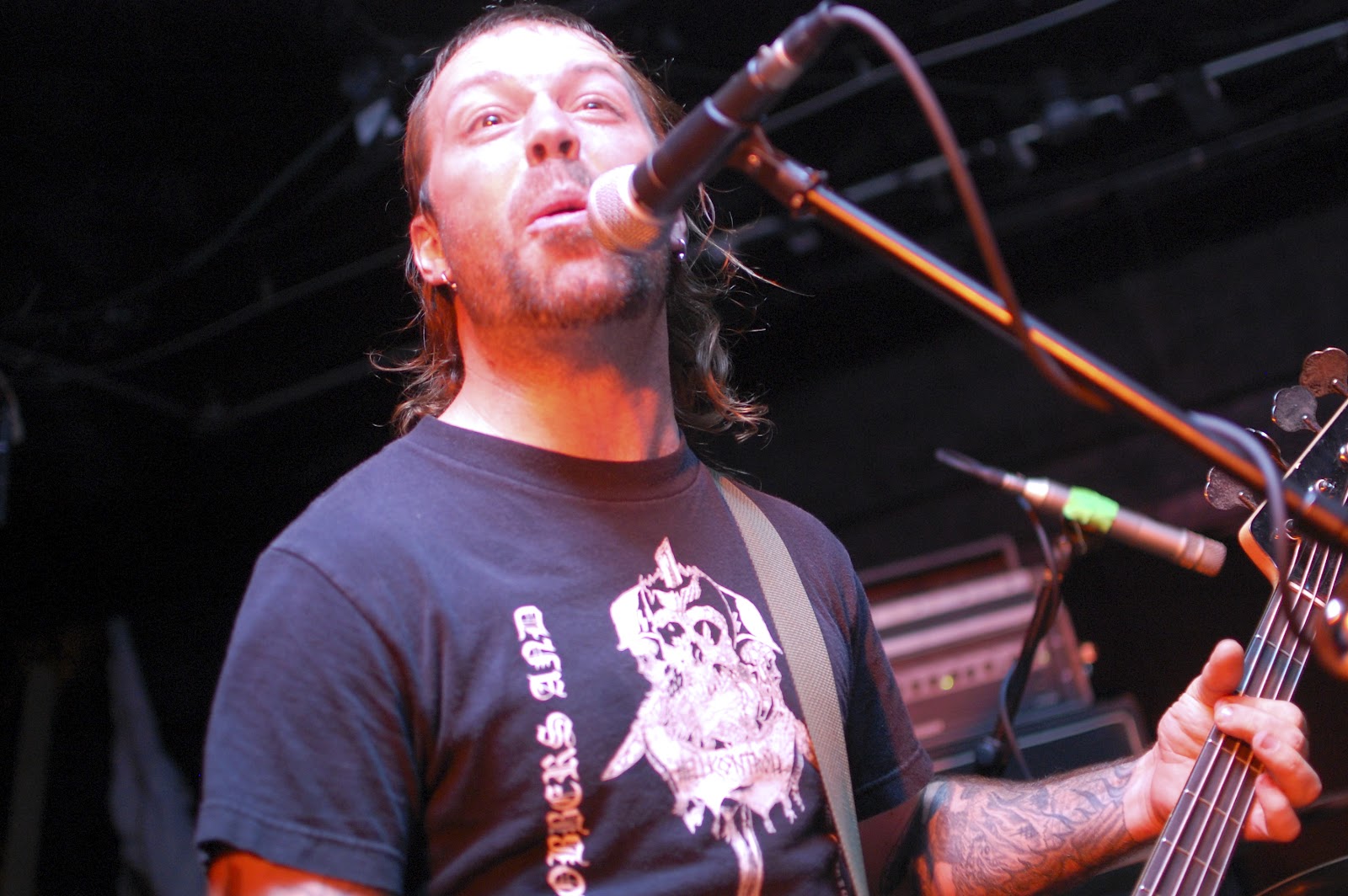 Anyways, the two-night doubleheader began with a pretty solid D-beat filled four way, with Pissheads starting things off on the floor before Austin’s Deadly Reign took the stage with a similar sound. I’m not big into D-beat at all. I think it’s great, but give me Skitsystem, Disfear, and DOOM and that’s all I’ll ever need to hear. Both of these bands were super fucking tight and, you know, there’s pictures and stuff for you to look at, asshole. 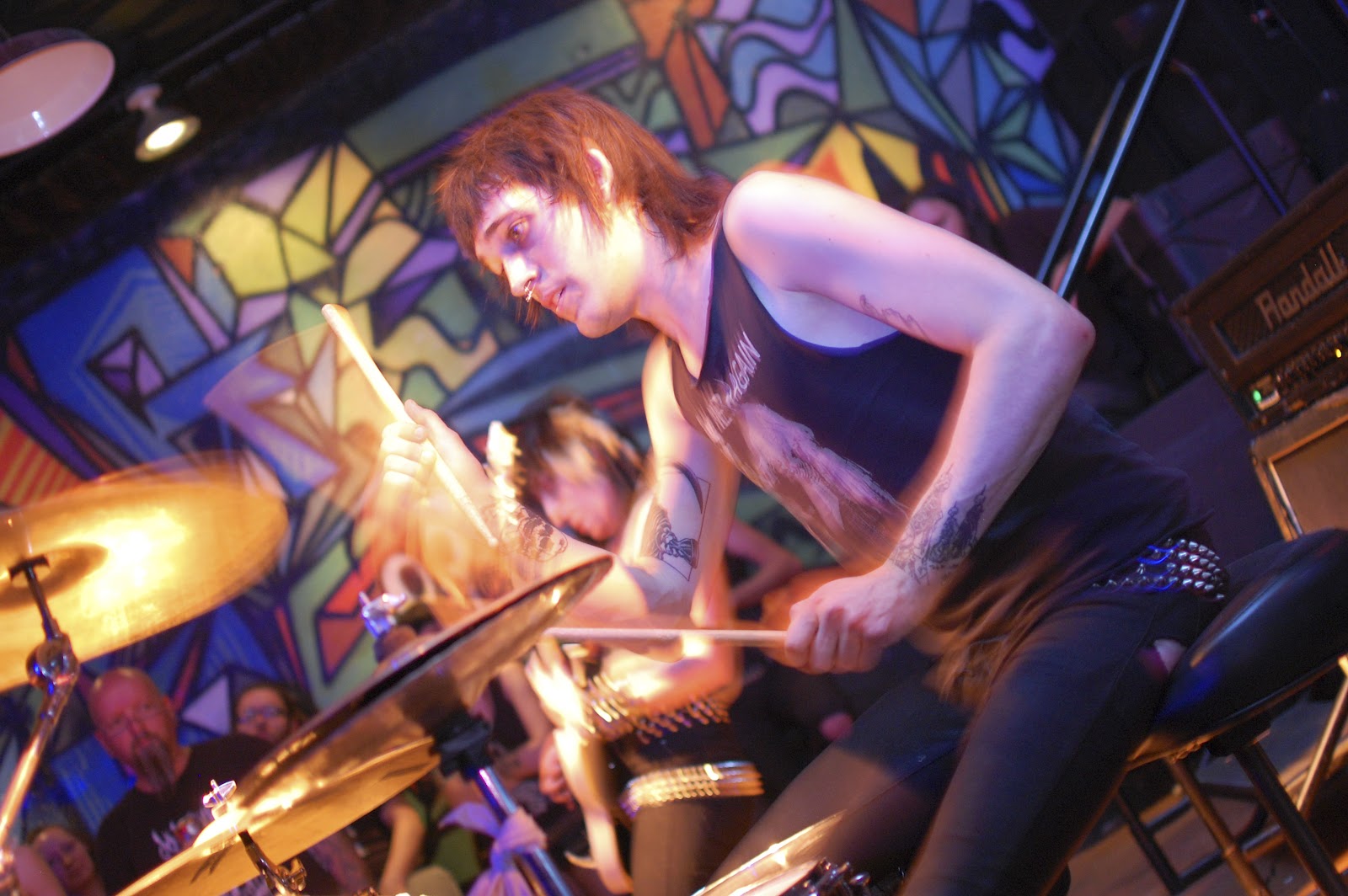 Battlemaster put on their best show all year on this crusty evening, and it only took a little bit of booze to get a few of them to loosen up. I’ve written about them enough this year, but it is worth mentioning that Alex Tomlin fucking annihilated the set. Imagine if Dave Grohl and Trym had a kid, and that was him. But you know what would blow this band the fuck up? An elaborate stage show with wizard costumes and giant 12-sided die and crazy sound effects and props and shit. You’ve got five thousand unemployed VCU art dropouts at your disposal… 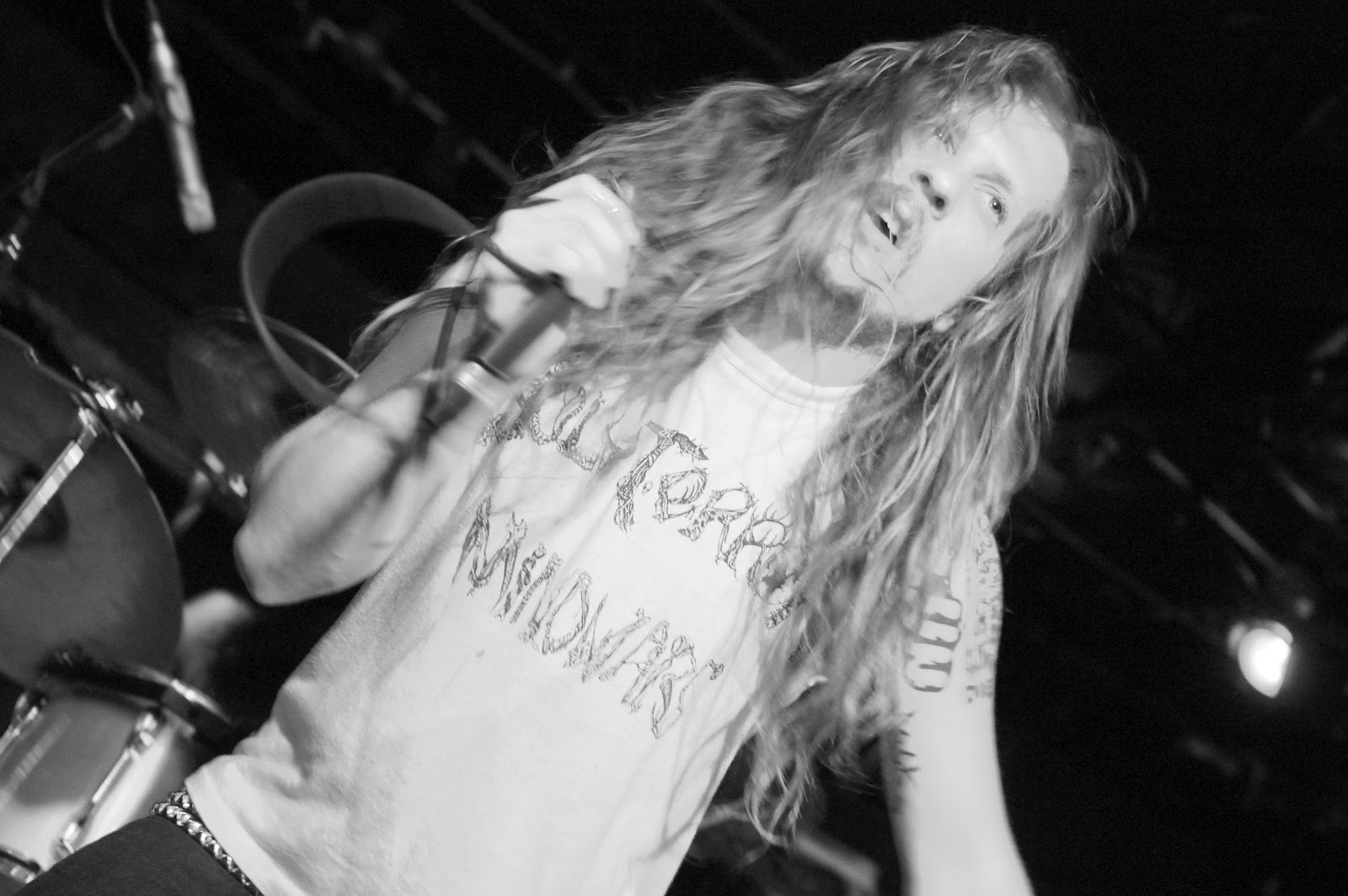 It had been years since I’ve seen Parasytic, and they haven’t lost a step. They killed it. I’ve always wondered why Nick’s guitars seem to cut through the mess at every venue and in every band he’s in. You can say it’s the sound guy, his Peavey, or something in the air that night, but it really comes down to his technique. The dude articulates every note, whether it be a swooning solo with Volture or the tight crusty rhythms in Parasytic. Ethan is an awesome frontman, and rather intimidating up front, and the rhythm section keeps it tight. I wanna see these guys play more!

The second night was full of fucking great bands. So much so that I’m running out of generic things to say like “tight rhythm section” and “swooning leads.” Fuck that. I’m just gonna give a quick run down and show you some pictures.

I didn’t get to see Balaclava. I don’t think I’ve ever gotten to see them. I’m kind of bummed. People said they killed though. 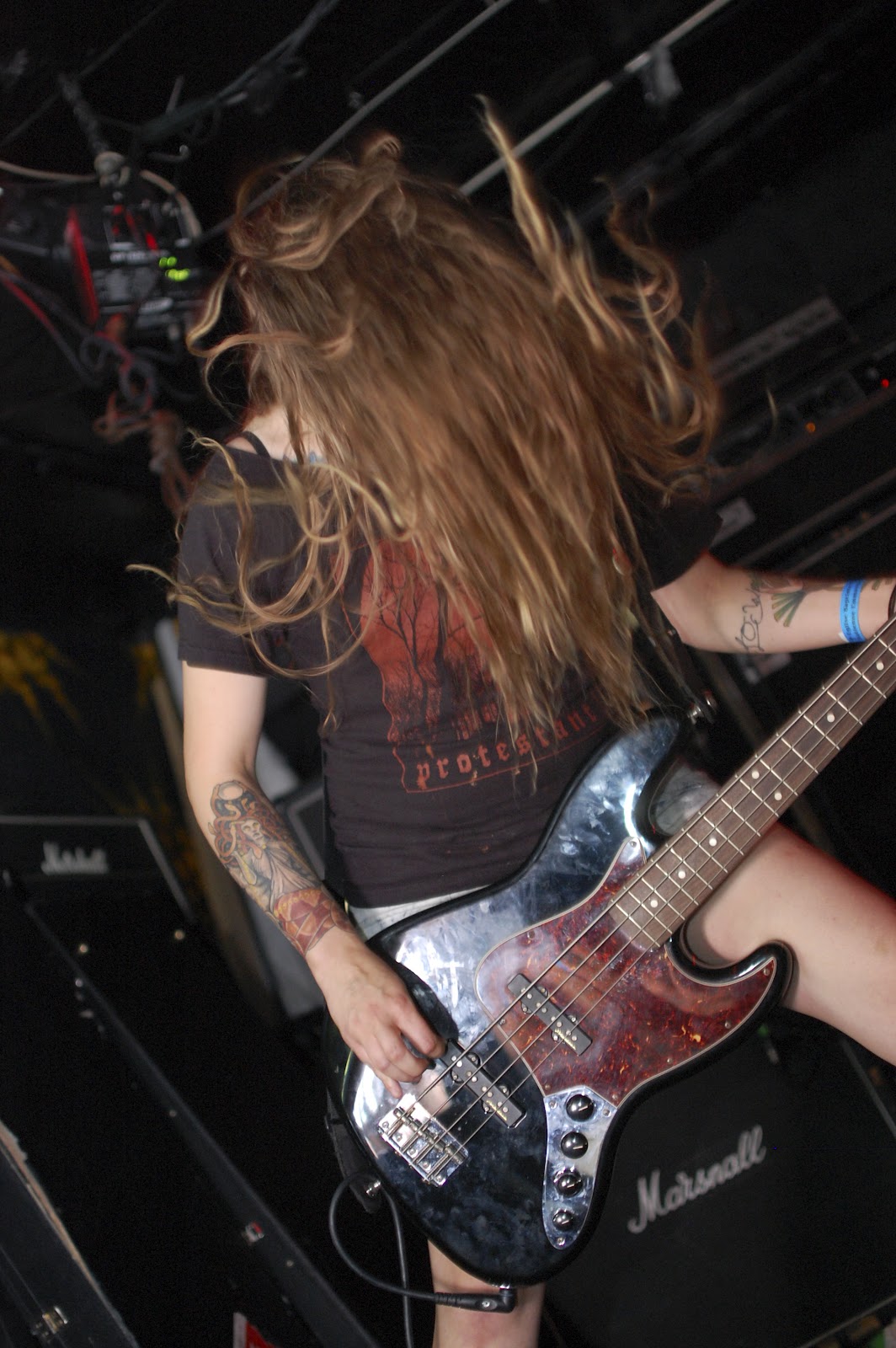 I don’t remember shit about Dead in the Dirt. But I don’t remember anyone sucking the night away. They were probably tight. Did they have a chick bassist? No, that was Enabler. They were pretty good too. That’s the Fall Out Boy drummer, right? That was a little bizarre. Fall Out Boy fucking sucks. I’ve never really listened to them, but chances are you did in high school and now you’re in a crust punk band. [Seriously, it’s weirder that he was in Fall Out Boy at all. They’re the only non-metal/hardcore band he’s ever been in. His other bands: Vegan Reich, RaceTraitor, Kill The Slavemaster, The Damned Things.-ed.] Anyway, Enabler was good too, and it was kind of funny seeing short haired punk kids playing old school Swedish Death metal. 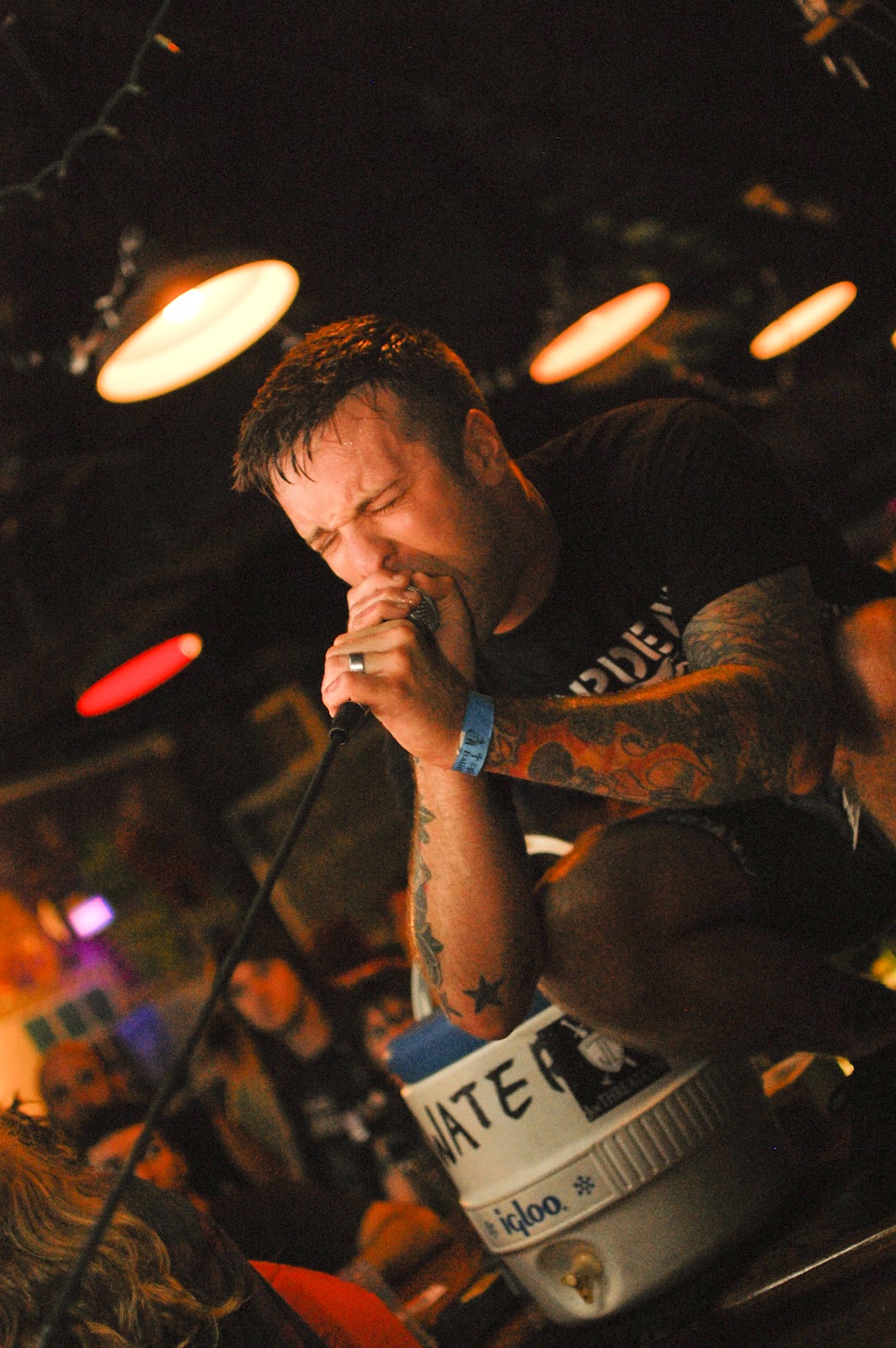 Burning Love was energetic as fuck. I could photograph Chris Colohan all night, jumping off the stage, running over to the bar and asking for non-alcoholic drinks. Martyrdod really disappointed me through the first four or five songs. Zero energy on stage, and they rolled through a bunch of boring material. But then something clicked, and they turned up some of that Swedish magic(k). Or maybe it was the Black Label. But there is a lesson to be learned. Don’t think that just because you’re a long haired scandibeard that you can come to Richmond and expect to rock harder than the homeboys. 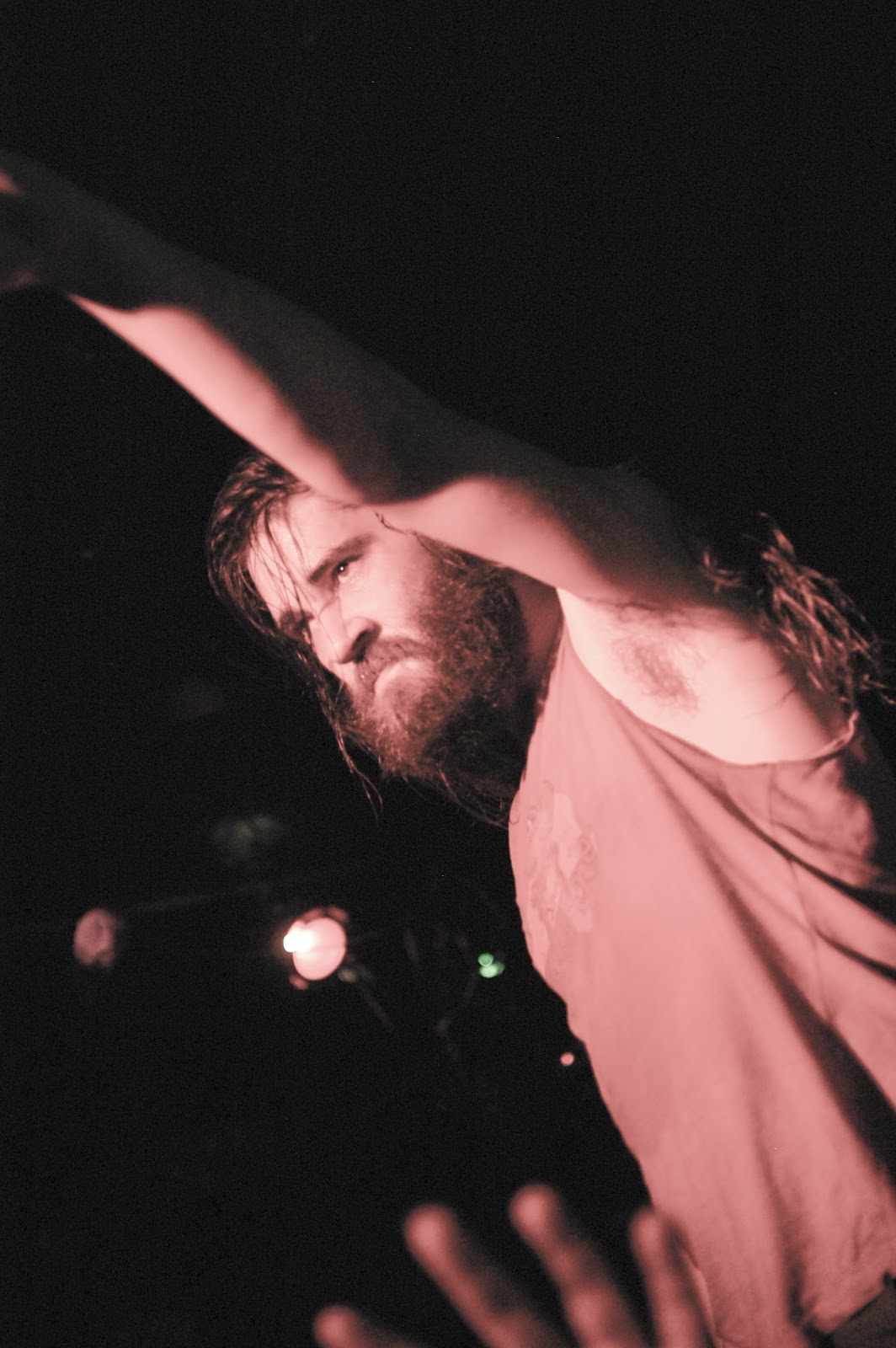 Then came the neck breaking. Black Breath. They blew my head off in Austin during SxSW a few months ago, and since then I’ve been crawling through the dog days of summer waiting for them to come to Strange Matter. They have, without a doubt, one of the most massive live sounds today. Tightness. And their fat drummer is a smooth time keeper. I threw out my back during the first song, “Feast of Damned,” and had to do the old man headbang the rest of the night. Kept me from going to work the next day, but it was worth it. 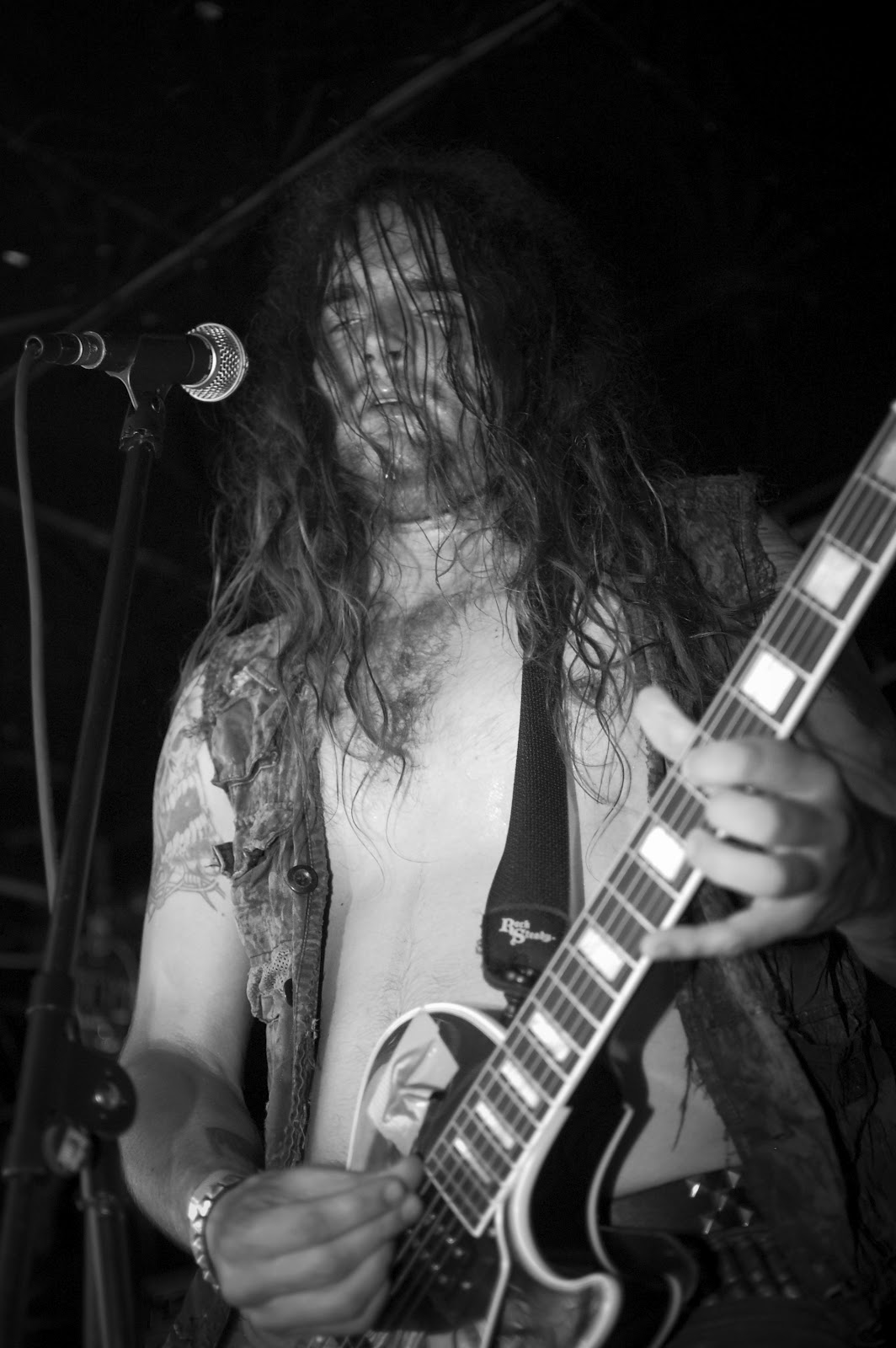 As always, you can check out more pics on my blog, hardrockrva.blogspot.com