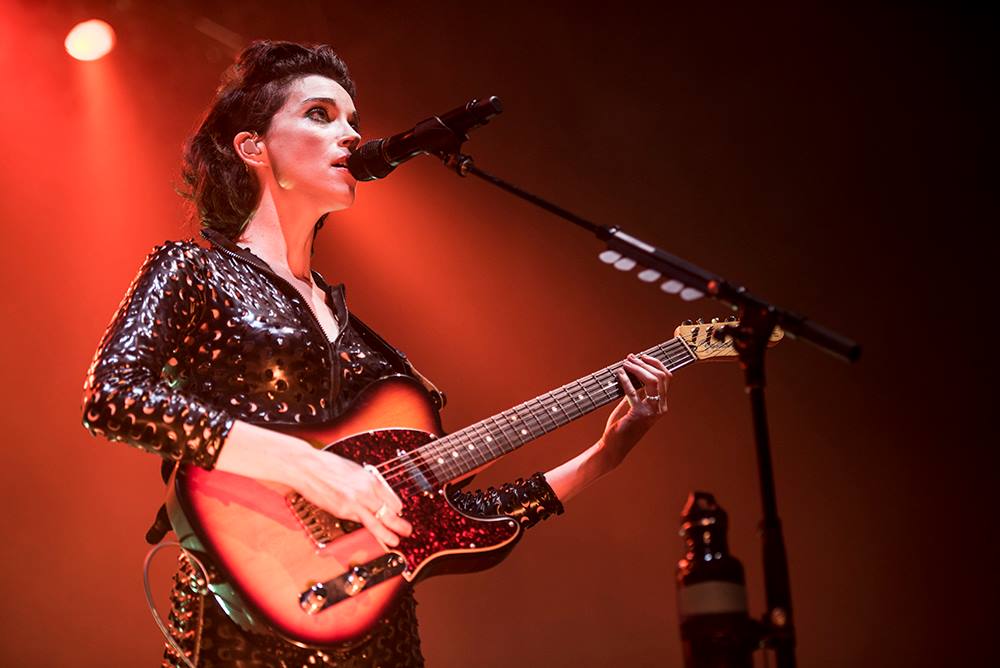 Annie Clark, AKA St. Vincent, and her band of merry musicians brought their unique brand of pop-prog to Richmond last night.

Annie Clark, AKA St. Vincent, and her band of merry musicians brought their unique brand of pop-prog to Richmond last night. The 90+ minute set was punctuated with creative time signatures and locally-sourced rants leaving the audience screaming for more between fits of head-bobbing.

St. Vincent cut her teeth musically starting in 2003 as a backing member of both the Polyphonic Spree and Sufjan Stephens’ touring band. The progressive rock and sense of drama from both acts obviously influenced Clark when she formed her own band in 2006.

Non-stop touring and collaborations with people like David Byrne have managed to elevate the 32-year-old guitarist and songwriter into hipster royalty. She’s also been unabashed in her support for weirdos and outcasts, a group she ascribes herself to, and seems to fit the bill as we will explain later. 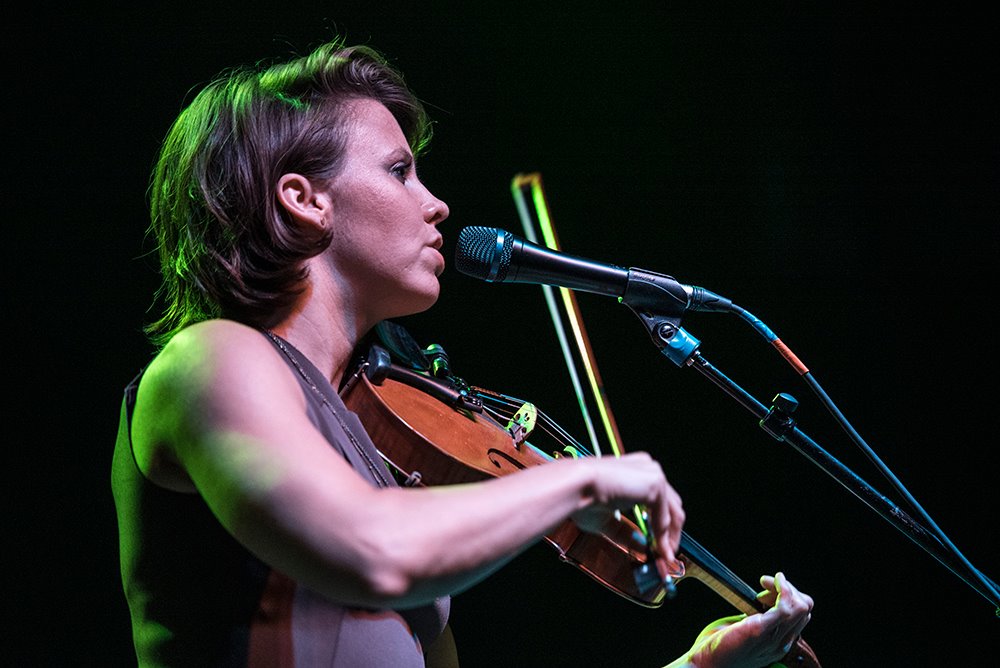 Sarah Neufeld (pictured above), a Canadian violinist and touring/studio member of Arcade Fire, opened the night along side percussionist and Arcade Fire drummer Jeremy Gara (pictured below). The set consisted of her with a violin, a series of effects pedals, and her song-bird vocals. 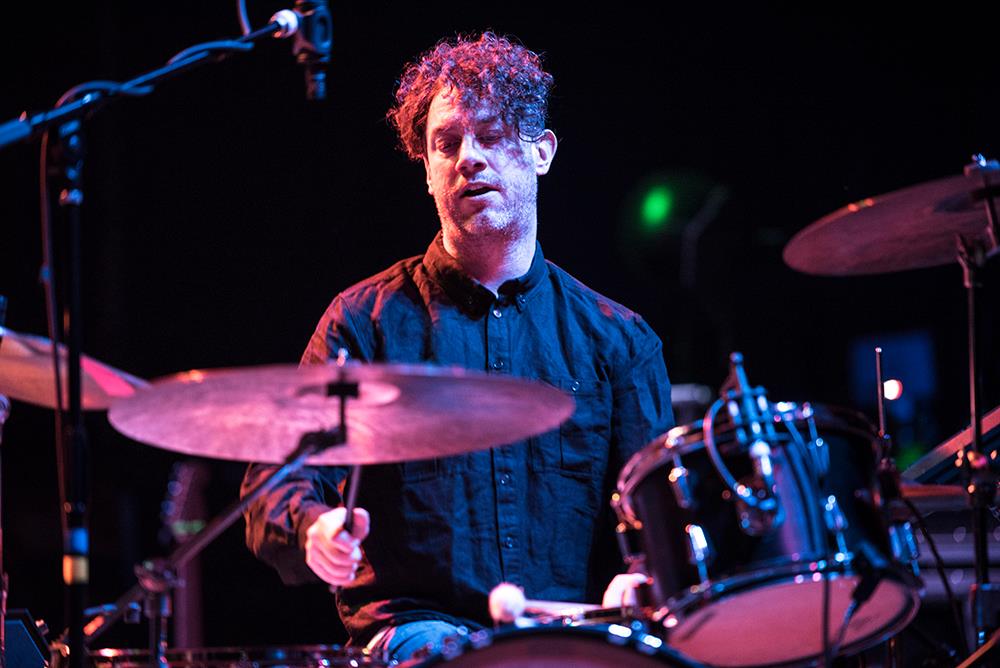 While entertaining in theory, the act followed a predictable pattern of some of the more dramatic Arcade-Fire tracks. This is certainly not a bad thing, but a friend compared the sound to “something you’d hear in a vampire-movie sex scene” which I think nailed it on the head.

“Something from an Anne Rice movie,” my friend said, though we agreed it was more Interview with a Vampire and less Queen of the Damned.

Looped string plucks and distorted drum beats at 130 BPMS could have opened the audience to some kind of circle pit if they weren’t too busy stroking their beards. Neufeld’s whale-song vocals also kept things pretty mellow.

While an entertaining performance, I left to smoke a cig about half way through, comfortable with the fact that I didn’t miss much.

Neufeld seems to fit in more with the heavy-drama Arcade Fire sessions, though her main studio contributions were for Neon Bible (very dramatic) and The Suburbs (less dramatic). Overall it was a logical choice for openers for Hipster Queen Clark, but not something I felt compelled to see from start to finish.

Around 9:15 sharp, however, Clark and her touring members took the stage to an eager crowd. I’ve followed St. Vincent through most of her early career, but was less familiar with hew most recent album, the self titled St. Vincent which came out in Feb. 2014.

It appears most of the set was comprised of these newer tracks which run the pop-prog gambit – chorus-verse-chorus structure with the occasional time change or semi-tone switch to keep fans guessing. 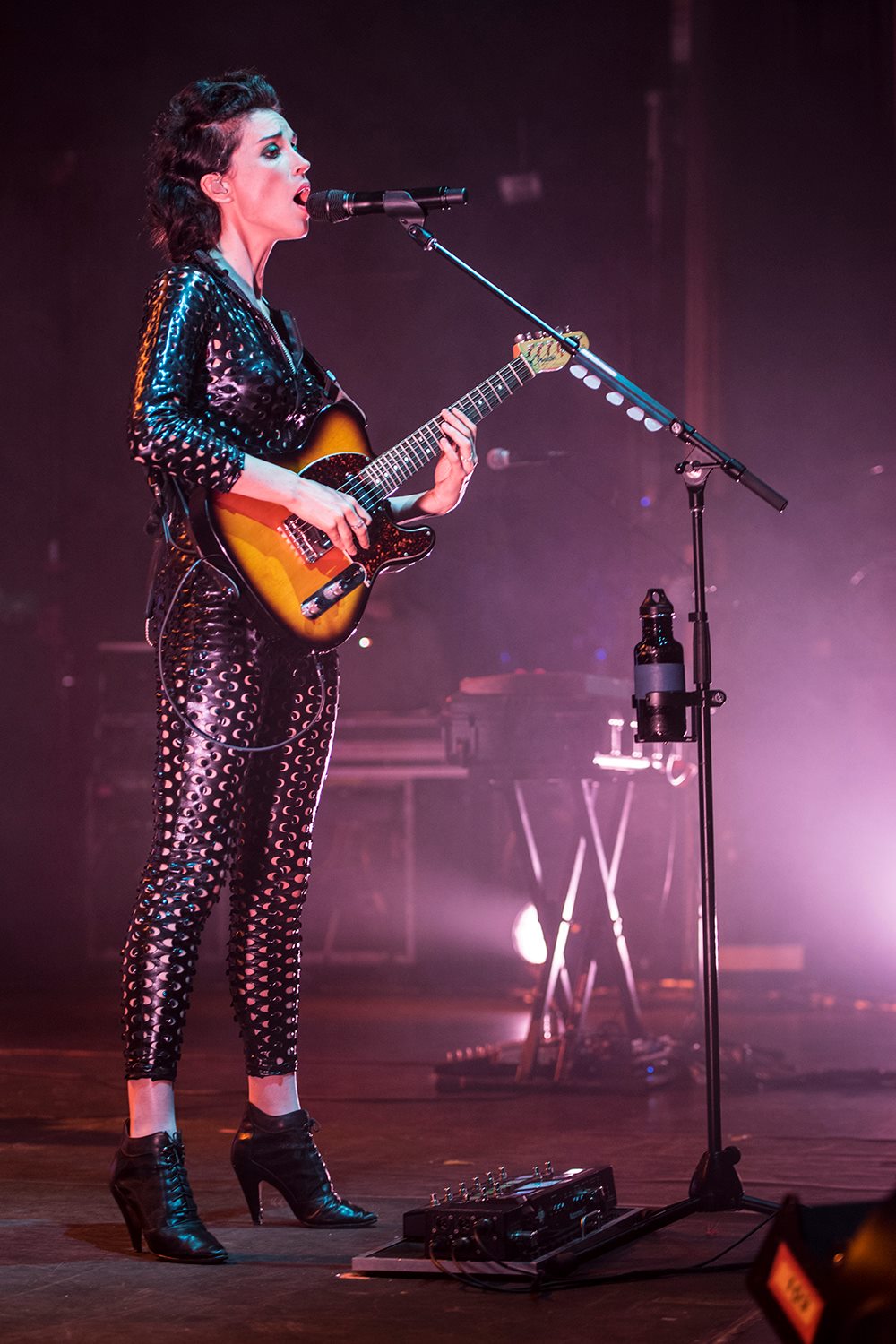 Without having invested as much in her newer work, it appeared the crowd was pumped, and higher energy tracks lead to a significantly more emotive audience. Peppered between tracks were rants filled with calls to support “Freaks, weirdos, queers…” etc. Clark’s fluid sexuality recently made headlines around the web and it was great to see her give a shoutout to the overlooked.

local bean-brewers Alchemy Coffee and the Barns & Nobel on Broad st. also got a mention as Clark narrated a hyper-detailed situation/dream which she felt everyone could relate to.

It was weird, but fit the performer’s persona well.

Persona and image hung heavy on Clarks shoulders for the night – somewhere between a David Bowie and a David Byrne, clad in a hole-punched black leather cat suit, she danced in sequence with band members with robot like-precision. There was a level of production, with the songstress climbing to the top of a medical-cross podium for some tracks, and generally coming off as less-human for dramatic effect. 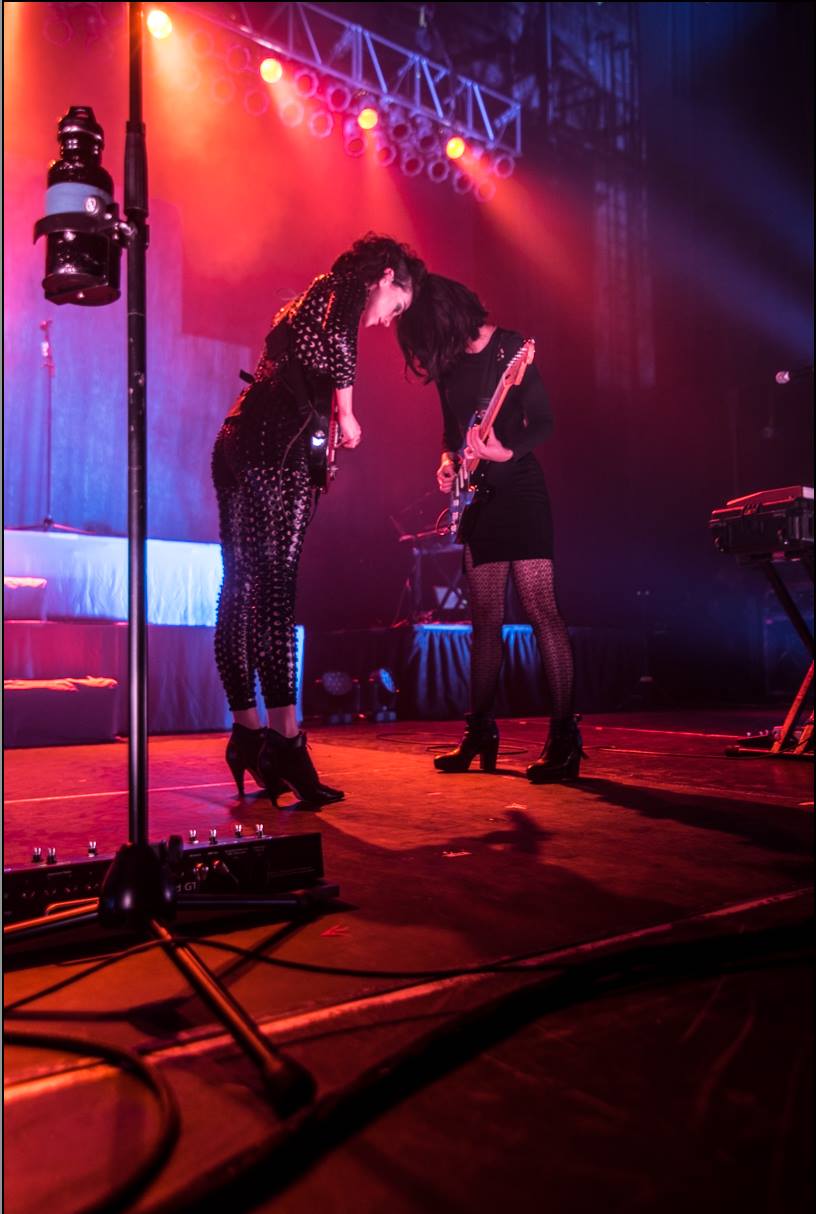 New tracks often went over my head, but both album specific and off-the-cuff versions of songs like “Cheerleader” and “Actor out of Work” proved perfect for the National’s sound system. I felt synth bass lines wash over me, causing the hairs on my neck to stand up more often than I had expected.

The absolute peak of the evening’s entertainment came during the encore with a 15 minute rendition of “Your Lips Are Red.” Epic, monumental, powerful – my nuts were in my throat by the 7-minute mark at which point she got hoisted into the crowd by security guards. Clark then let fans paw at her heavily-distorted guitar creating a crowd-sourced noise solo.

It was only made better when she relinquished the ax to the crowd itself and rode-securities shoulders down the front row high-fiving everyone who could reach her.

There were highs and lows for me throughout the night, but I think this creates for a more detailed show, one with texture and truly memorable moments. As always, I’m a huge fan of checking out touring acts whenever possible, and it had been a few years since I’d caught Clark under the St. Vincent tag. I’m glad I saw it and I hope you all got the chance to see it too.