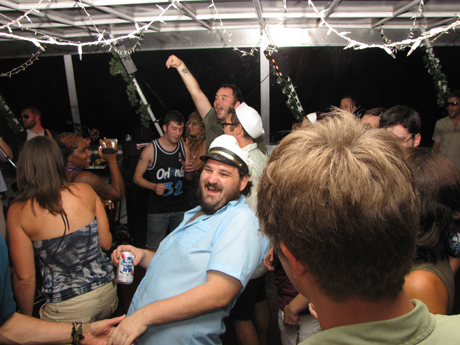 The Discreet Charm of the Bourgeoisie

As I stood on the pier on August 29th waiting to board the Eagle I, my mind kept rolling over the same memory: I’m sitting in my car at the tender age of four, listening to what I now know as late-p

As I stood on the pier on August 29th waiting to board the Eagle I, my mind kept rolling over the same memory: I’m sitting in my car at the tender age of four, listening to what I now know as late-period Chicago and nodding in and out of sleep on my way to visit my grandparents in Southern Virginia. I remember feeling at ease and sedated in a way that’s almost alien to me now. Fast-forward two decades and I’m poring over the proposed set list of soft rock hits to be performed by the group Three Sheets to the Wind and attempting to re-contextualize all of the music that hit me only as faint wisps when I was a kid.