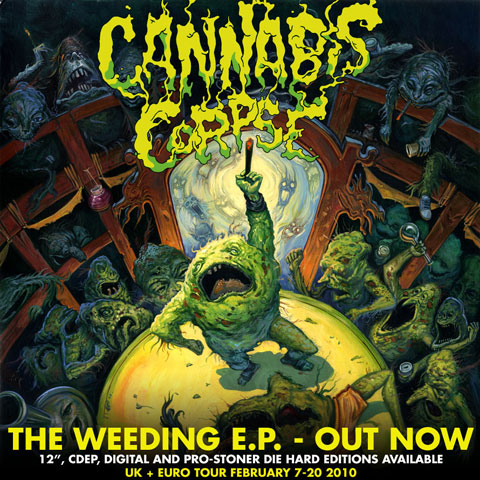 This Week Buried in Press Releases #2

Richmond, VA’s most hashed-out heshers, CANNABIS CORPSE, have posted a music video for “Skull Full of Bong Hits” off of their 2009 EP The Weeding (Tankcrimes).

Landphil commented, “Cannabis Corpse are happy to announce the release of our first music video for the song “Skull Full of Bong Hits.” It was made by us on a budget of $0.00 over the holidays; we used footage from our full U.S tour in October and couldn’t be happier with how great it turned out. We even used real pigs brains for all the gore shots! I hope that all the Cannabis Corpse fans out there roll up a fatty and check it out!”

Richmond, VA’s most hashed-out heshers, CANNABIS CORPSE, have posted a music video for “Skull Full of Bong Hits” off of their 2009 EP The Weeding (Tankcrimes).

Landphil commented, “Cannabis Corpse are happy to announce the release of our first music video for the song “Skull Full of Bong Hits.” It was made by us on a budget of $0.00 over the holidays; we used footage from our full U.S tour in October and couldn’t be happier with how great it turned out. We even used real pigs brains for all the gore shots! I hope that all the Cannabis Corpse fans out there roll up a fatty and check it out!” 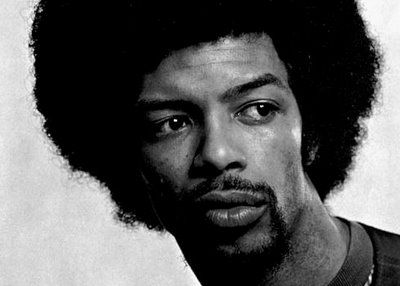 Before Mos Def, Common, The Roots, NWA, there was GIL SCOTT-HERON. Forty years since his first album and groundbreaking work “The Revolution Will Not Be Televised“, he is releasing a new album on February 9th thru Beggars Group.

“Gil Scott-Heron is one of the most influential and important singer/songwriters to have come out of America in the second half of the last century. Much can be said about why this Gil’s lyrics are so original and powerful but, it is important not to overlook his utterly singular voice which is so distinctive and rough and tender. It is a voice of experience.

And the way this voice of his floats over the shifting funk rhythms and the deep jazz, soul and blues melodies that he and his band create is nothing short of sublime. It’s also what enables him to draw you in to the difficult issues he does not shy away from dealing with. His sound is intimate and warm and direct and consequently it is hard to resist being moved and inspired by his message. And he has been consistently relevant whether it be on a personal or political canvas.

Early on in his career he wrote and recorded the song that for many is regarded as one of the first great rap tracks – The Revolution Will Not Be Televised. From its opening lines which turn Timothy Leary on his addled head (“You will not be able to stay home brother. You will not be able to plug in, turn on and cop out. You will not be able to lose yourself on scag brother, because the revolution will not be televised.”), Gil threw down the gauntlet to we the people, challenging us to get involved, be informed, retain a sense of humour and do the right thing. He was angry, politically savvy, compassionate and very funny.

When he was brought to Arista by Clive Davis in 1975, he was billed by the label as the black Bob Dylan, and whilst this reductive and over simplistic description is typical marketing bullshit, there is some raison d’etre for this moniker. For Gil is a protest poet of enormous subtlety who has railed against those things in the world that he believes are wrong. And like Dylan he has often used humour as a powerful weapon.

A new record from Gil Scott-Heron, forty years after his first solo album, is a cause for major celebration and something that the world needs now more than ever.” via Beggars Group 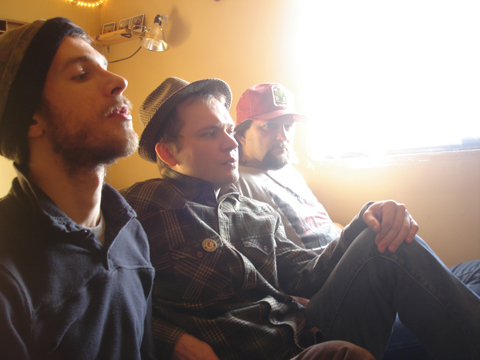 Chicago’s MAKO SICA‘s mind-expanding /mind-blowing Dual Horizon LP out on February 16th thru La Société Expéditionnaire. This is only available on the super limited edition of colored vinyl (and download).

“Side A’s twenty minute cycle begins with “I’itoi”, a song named for a mythological Native American god who lives in a mountain cave and watches over the desert. The voice of a dark storm on the horizon recalls a forgotten voice of ancients stirred by Fuscaldo’s visit to the Painted Desert. The menacing, enigmatic tones reflect a lack of written history and the dependence on folklore to tell the cautionary tales of injustices that predicted America’s rampant growth and industrialization.” via Goldest Egg 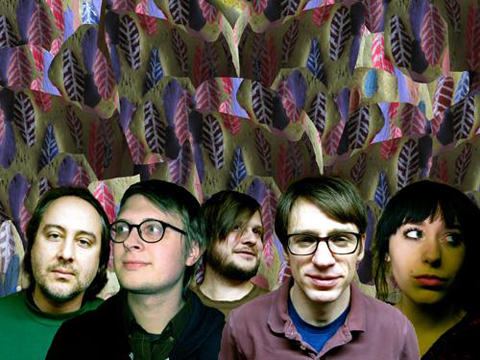 “Thunder Power originated in Omaha, Nebraska during the summer of 2006 when a solo project of avant-garde songwriter Matthew Hutton turned into a duo with the addition of percussionist Jason Koba. By early 2007, the group blossomed into an experimental folk outfit complete with two full time woodwind players, brothers Ian and Will Simons. But subscribing to an adopted artsy, lo-fi aesthetic (something like Lou Barlow meets David Lynch) wasn’t cutting it for the group. So they decided to drop any pretense and focus instead on the emotive qualities of the sounds they all grew up loving: kitschy, heartfelt pop music. All was well in swapping clarinets and saxophones for keyboards and bass guitars and also bringing in a fresh face with lead guitarist Alex Boardman. Simple songs, cheerful in melody but somber in content came forth, along with the eventual addition of lead singer Kacynna Tompsett, whose earthy “old soul” vocals are now counterbalanced delicately with lush instrumentation.” via Daffodil Publicity 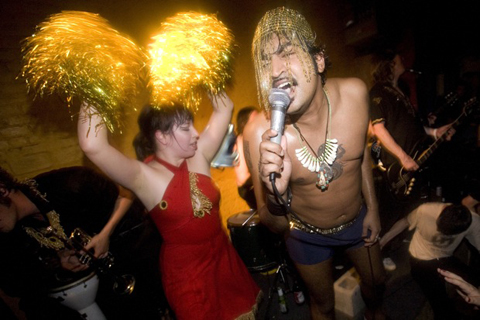 “Comebacks are typically a rad occurrence, although they can sometimes involve something highly unwarranted. None of this uncertainty applies to the return of the celebrated psychedelic soul big band explosion King Khan and The Shrines to North America for a slew of live performances. King Khan returns from a year that saw the release of three albums and several tours in the US and overseas. The band’s three week run of dates, which starts in Atlanta and culminates at Coachella on April 18th, mark their first US excursion since last year’s tour in support of the release of What Is?!.

Those who have seen the band know what to expect- and are most likely planning to attend. To the uninitiated: a sweat soaked stage being rocked into a psychedelic oblivion as a sonic pastiche of horns, drums, bass, guitar, and organ weave a gritty soul canvas for Khan to splatter with his infectious persona. Other acts at Coachella be cautioned: the Rock Messiah will be performing in your midst and he intends to take no prisoners. Check out the full list of dates for their upcoming tour here.” via VICE Records 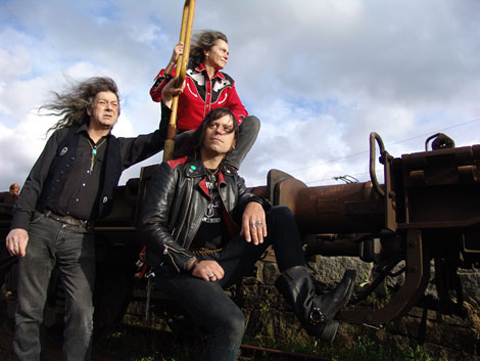 “Ramping up for their upcoming full-length Descending Shadows on February 2nd and their upcoming tour starting February 23rd, Portland’s PIERCED ARROWS are offering up another new track for download through Brooklyn Vegan. “Let It Rain” features the inimitably unrestrained guitar and vocal pairing that Fred and Toody Cole forged with Dead Moon over the past two decades, powered by Kelly Halliburton’s equally dynamic drumming that could easily be a highlight in their live show. The band will be touring across the US with Lullabye Arkestra on select dates.” via VICE Records 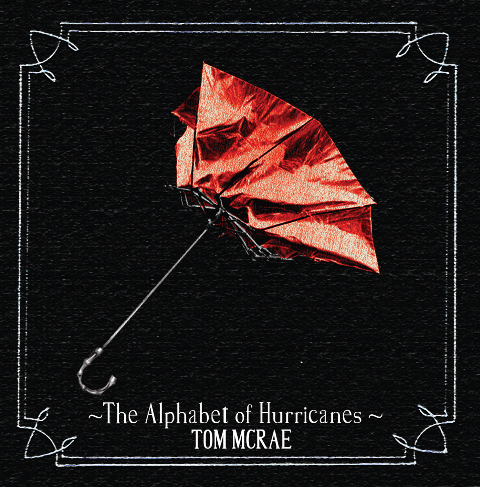 March 16th marks the release of the newest LP from TOM MCRAE, The Alphabet of Hurricanes .

“Tom McRae is a smart guy. I’m not just talking about the natty suit-jacket and waistcoat he’s wearing on the cover of his new album The Alphabet of Hurricanes, or the neat way he seems to be goading the dark skies by holding a knackered red brolly, like a storm-battered poppy, to the approaching tempest. I’m talking about the records he makes, and their unapologetic intelligence in a world where popular music has pawned its soul to the television schedules and the light entertainment industry. For four albums and the best part of a decade McRae has followed his own star, gone his own way, been true to those convictions laid down at the very beginning and loyal to his own distinctive brand of song-writing. He believes in language, not just words, and he trusts the silences that sometimes appear in songs – those gaps which open up between verses or even between notes, into which our imaginations pour. Yes there are touchstones: Nick Cave, Tom Waits, Dylan, Bonnie “Prince” Billy, Vic Chestnutt, but they’re stepping off points rather than destinations, and what McRae shares with them is the idea of song as an art form. In fact craft might be a more appropriate word as far as McRae is concerned: the song as a kind of craft in which we might float or sail, and the craft required to construct such a vessel.” via Tell Your Friends

Check out the past This Week Buried in Press Releases post.