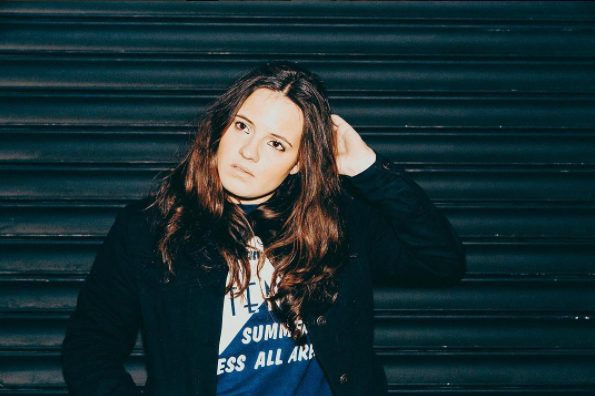 The track shows off some classic rock and roll sensibilities performed with a modern flair. The instrumentation is atmospheric, featuring some fuzzy guitar and layered percussion. Georgie sings out over it all with a smooth, powerful voice.

The song reads as an accusation, the singer calling out someone who wronged her over its driving rock and roll instrumentation.

“It doesn’t have to be specifically about a relationship,” said Georgie in an interview with RVAMag from her home in the UK. “I think that we’ve all been surrounded by people that have cheated on us or done us wrong- and they’re people that you didn’t expect it to come from.”

“So the song is very direct, in a personal kind of way.”

The video itself was filmed in East London, but the music was recorded in Richmond, Virginia, when Georgie travelled overseas to work with Spacebomb Records and Matthew E. White, founder of Spacebomb and contributing producer.

Georgie draws inspiration from a number of bands for her music, though she felt particularly influenced by certain older bands.

“There’s loads, especially going back to the sixties and seventies,” she said, mentioning artists like Stevie Nicks and Carol King, Ryan Adams, and Aretha Franklin.

When Spacebomb Records works with contributing artists, there’s a bit of creative give and take. For “Company of Thieves,” Georgie came in with the song written, and White contributed his production expertise. From there, they each contributed their best to the recording.

“When you wrote a song, it’s scary to give them to somebody,” said Georgie. “But I was super confident in Matthew, he did an amazing job at making that vision a reality.”

Spacebomb Records regularly collaborates with a number of individual artists and musicians, backing them up with its in-house band.

“I think the special thing is that they’re stepping into a community that has been making music together for a long time and they get to sort of experience that,” said White in an interview with RVAMag back here in Richmond.

It might seem like it would be intimidating, but White feels that a rapport builds up pretty quickly between Spacebomb members and contributing artists. Aside from long hours in the studio, there’s a certain bond between musicians even when they first meet.

“I think to a large degree, Spacebomb attracts like minded people,” White said. “Even if you don’t know them, you’re in the room with people who like the same kind of stuff, and are trusting of what you’ve done. They’re there because they like something else that you’ve done.”

Even though Spacebomb seems to attract incredible creative artists, White feels strongly that it wouldn’t be possible anywhere besides Richmond. “What we do here, with the people that play on these records and the way we’re able to record, that is not repeatable outside of this city,” he said, “because the amount of talent and resources here are unique to this city.”

“The more I travel and the more I experience other musical communities, Richmond is on a head and shoulders above other places all over the world, consistently,” said White. “I’ve never seen a place like it, and that’s so cool.”

It seems Georgie agrees. When she came over from the UK to work on “Company of Thieves,” with Spacebomb, she got the chance to experience Richmond for the first time.

“I fell in love with it straightaway, pretty much as soon as I got there,” she said. “It’s really chilled out and it’s got a really nice vibe about it, it makes it really easy to make music. And the people- everyone was really nice, everybody we met. It added to the experience, for sure.”

Georgie is currently on tour in the UK, but plans on returning to Richmond in January 2017 to record a full album with Spacebomb. She anticipates that she’ll have the chance to perform on our side of the Atlantic as well. “There’s definitely some talks of it, of doing some shows in America,” said Georgie. “And definitely in Richmond.”

Until then, you can check out Georgie’s official UK site for the “Company of Thieves” music video and a download link for the single. You can also check out Spacebomb Records’ official site for their musical collaborations and projects.