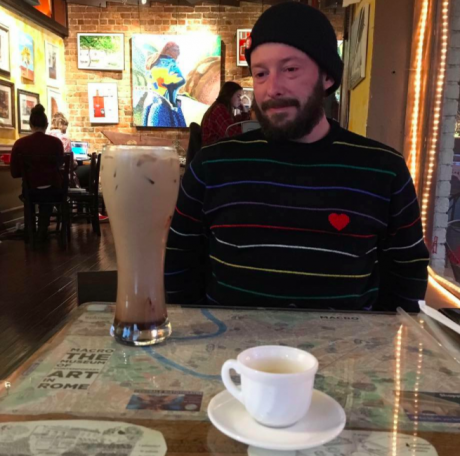 Since Balliceaux closed its doors earlier this year, there’s been a hole in RVA’s nightlife scene for some locals – but the folks from Saison, Pasture and Comfort are taking over the space and they’ve brought in someone amazing to book shows.

Longtime RVA resident, music scene-guru, WRIR host, Member of Clair Morgan, RVAMag Contributor and all around nice guy Shannon Cleary is set to take over booking at the new spot which is set to open in early March.

“It’s a great room… I want to keep that alive,” said Jay Bayer, owner at Saison and fellow owner at Flora, about the live music space Balliceaux fostered. He remembered going to shows there for years, back as far as the Bogart’s days. “We were very attracted to the space because of that opportunity, for that to be a live music space. It’s something we want to do.”

Bayer said he’s known Cleary for ages and the decision to bring him on board was a no-brainer once they secured the spot.

“The first person who came to my mind for putting his stamp on the room was Shannon,” Bayer said. “I’m super excited to work with him and see how we works with it and how he builds relationships. It’s gonna be him behind the scenes making the room happen.”

Flora might not have music quite as regularly as Balliceaux did, according to Bayer, but they are hoping Cleary can keep the room bumping when shows are booked.

As for Cleary, humble as always, he said his background in local music has prepped him for the gig, and he sees the space as a creative opportunity to foster many of the connections he already has.

“My interests do tend to fall towards more rock outfits in the community. But over the past few years, I think my interests have been teetering all over the place,” he said about his musical vision for the space. “I want to make Flora feel like a room that is curated with care. But, I don’t want the room to feel exclusive. I want any music or art to feel at home in there and that is really important to me. It’s more about building a community space that really represents Richmond and whenever we can feature touring acts, they will hopefully get that impression as well.”

We look forward to what Cleary has in mind.