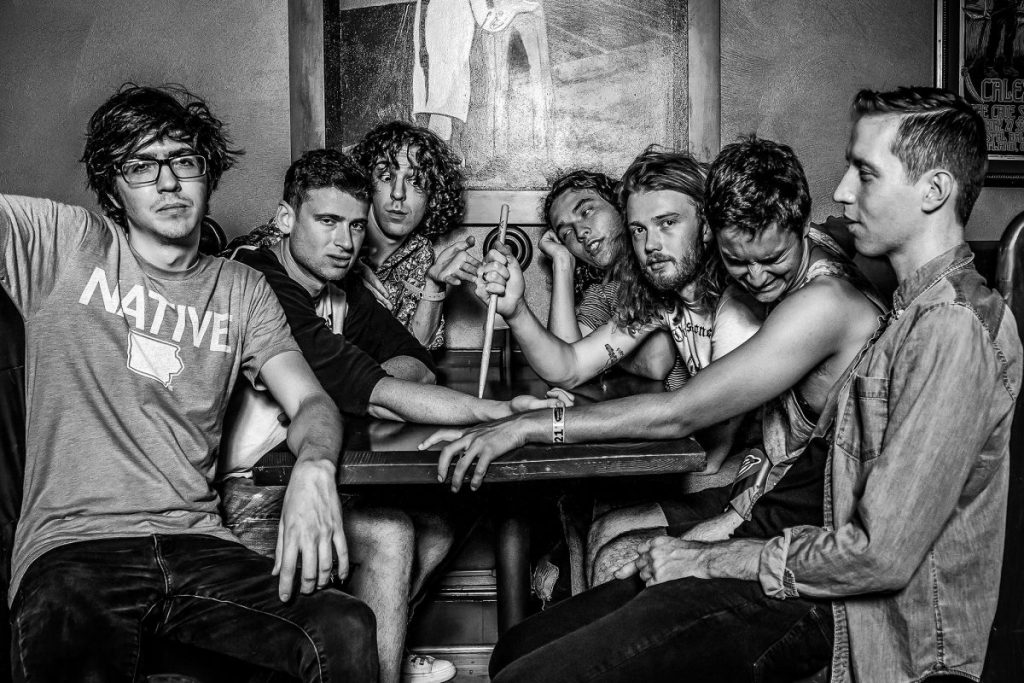 Making A Door Less Open, the 12th studio album in ten years from Virginia-born indie group Car Seat Headrest, is an apt expression of the anxieties and alienations of American life in 2020.

The May 2020 album from indie rock group Car Seat Headrest, entitled Making a Door Less Open, came out in time for me to pop in the CD and drive down to Monument Avenue with a family member on Father’s Day. From the first drawn-out, Eastern notes to the brutally lucid introduction, the music cut loose and blew us down the highway like a trade wind. The mood suited my vision of the world around me as I took in hundreds of expressions of protest.

Like those protests, this album attempts to create a feeling of “many contrasting voices.” Travelling got a little unsteady by track nine, “Life Worth Missing,” with sharp guitar and rushing, bounding, endless synth — but that uncertainty was immediate too, as I looked to the gravity of the day to keep myself and everyone else safe in a charged setting.

Car Seat Headrest is a band that was founded by talented songwriter/singer/guitarist Will Toledo, who grew up in Leesburg, VA and spent the group’s early years attending college at VCU and William & Mary. He’s worked with a variety of musicians since 2010, and these days, drummer Andy Katz, guitarist Ethan Ives, and bassist Seth Dalby make up the core of the group, a lineup that has remained stable for the past five years. Making A Door Less Open is the group’s fourth album to be released on New York indie label Matador Records.

Making a Door Less Open is a record made up of strange new realms of thought and travel along a concept of disembarking, traveling, and returning home. Toledo’s nickname for the album, Madlo, reminds me of E.B. White’s Stuart Little. In the children’s book, Stuart pursues “Margalo” the bird into the unknown, even when he is presented with a chance to settle down.

My favorite sounds woven through Madlo are the Eastern, woodwind-ey notes that introduce the album, on “Weightlifters.” I’m waking up in a mirage, a strange, new place. My imagination is alive and weightless, and the lyrics push against that feeling with cutting realism. Watery, rain synth sounds meet the heat, which weaves in and out of both “Deadlines (Hostile)” and “Deadlines (Thoughtful),” become Western-cinematic in “Hollywood,” and build up to “Life Worth Missing” (a total home run). Then on “There Must Be More Than Blood,” soothing flutes in a more familiar key arrive, playing against the Eastern tones and bringing the listener home — maybe from tour.

Ives’ scattering, sharp guitar leads lurk at the end of “Hymn” and shine in “Deadlines (Thoughtful),” and I think that’s what we hear at the beginning of “There Must Be More Than Blood.” Sometimes it’s hard to untangle guitar from synth. Innovation with technology has given the band freedom to explore new worlds of music.

Listening in for big ideas – of “lines, nothin’ but outlines,” and the experience of a songwriter who questions what he’s made of. Of deadlines, pressures of production and performance. The urgency and immediacy of the lyrics inspire gratitude from fans who feel kinship and solace in the speaker’s struggle to “get connected” with others.

Toledo imagines his participation in “some sort of war.” I wouldn’t go so far as to say it’s a war of indie-pendance. But maybe as a young person, and a citizen of the world, the compulsion to work at his craft and perform it, carrying forth his own cause and sympathizing with the many people he has come into contact with on tour, causes him to take a very artistic and broad view of “war.”

For young people, the political climate in our country had become more constantly in our minds, even before the coronavirus pandemic arrived. The frequency of mass shootings in our country started making us think twice in big crowds. During our generation’s maturation, domestic issues like public health, fights for human rights during the Arab Spring, and the fight for Black Lives here in America are some of my big topics of concern.

And this album lends a voice of opinion. “Was that a gun?” Riding the bus in “Hollywood,” a speaker wrapped up in disgust hears snapping gum and fears that it’s actually a firearm. Phrases turn quickly, in the same way I imagine a situation involving guns might go from bad to worse. The song depicts a world where phrases like ads on a bus are a quickly overturning commodity based on the reactions of a distracted, massive audience. The artist fears that the judgments of their publishers and producers — who at least seem more powerful than audiences — will depend on the willingness of the artists to abandon their home, their history. I feel frozen in contemplation of this situation.

More concretely, I love the exclamation of “stinks!” in this song. It feels punk and rebellious against the toxic allure of Hollywood fame. Sound effects like car horns arrive suddenly and to make me jump. Other people at the stoplight must wonder what’s the matter. It’s engrossing!

More than once during Madlo, songs captivated me in the same manner as the Beatles’ classic Sgt. Pepper’s Lonely Hearts Club Band. Images of “smoke pouring out the bed” in “Can’t Cool Me Down” depict struggles coping with reality, and strange visions like stage performance invade the artist’s room. The imagery is reminiscent of the Beatles’ “Fixing a Hole,” where they are fixing a hole and painting their room to keep their heads together. Then, too, the admitted domestic abuse on the Beatles’ “Getting Better” plays out on this album in an outburst at the end of “Deadlines (Thoughtful).” Both songs have humiliating shock value.

Even the way both albums end is similar, dissolving in both cases into experimental sound on the final tracks. On “A Day In The Life,” John Lennon sings that “The English army had just won the war/ and though the news was rather sad…” There’s emotion lacking there. The song feels disconnected with violence. Of Making a Door Less Open, Rolling Stone’s J Blinstein observes that there is a “quotidian feel to it, a mundanity that fits the understated hum of Toledo’s singing voice, which he’s able to use in thrilling and unexpected ways.” I think both albums look within, at their own responses to daily life and growing older, and try to both relate with war and to disarm it.

Fave Tracks: “Weightlifters” is dazed and cool, leaves me singing the words “I believe,” after the song ends, and also thinking of Janis Joplin’s “Down on Me.” “Martin” has great mixing, cuts, and is fun and upbeat. The bass and vocals on “Deadlines (Hostile)” pair up nicely, and there’s a cool rock refrain. “Hollywood” is good for really going long, and being something for the public to decide upon. “Deadlines (Thoughtful)” has killer riffs, rolling rhythm, and a good tempo. “Life Worth Missing” loses some candidness from the bonus acoustic version, but gains in succinct form. Finally, “There Must Be More Than Blood” offers beautiful, reassuring chords, along with reflections on friendship, family, and self.

This is Car Seat Headrest’s twelfth album overall. They just keep getting better.