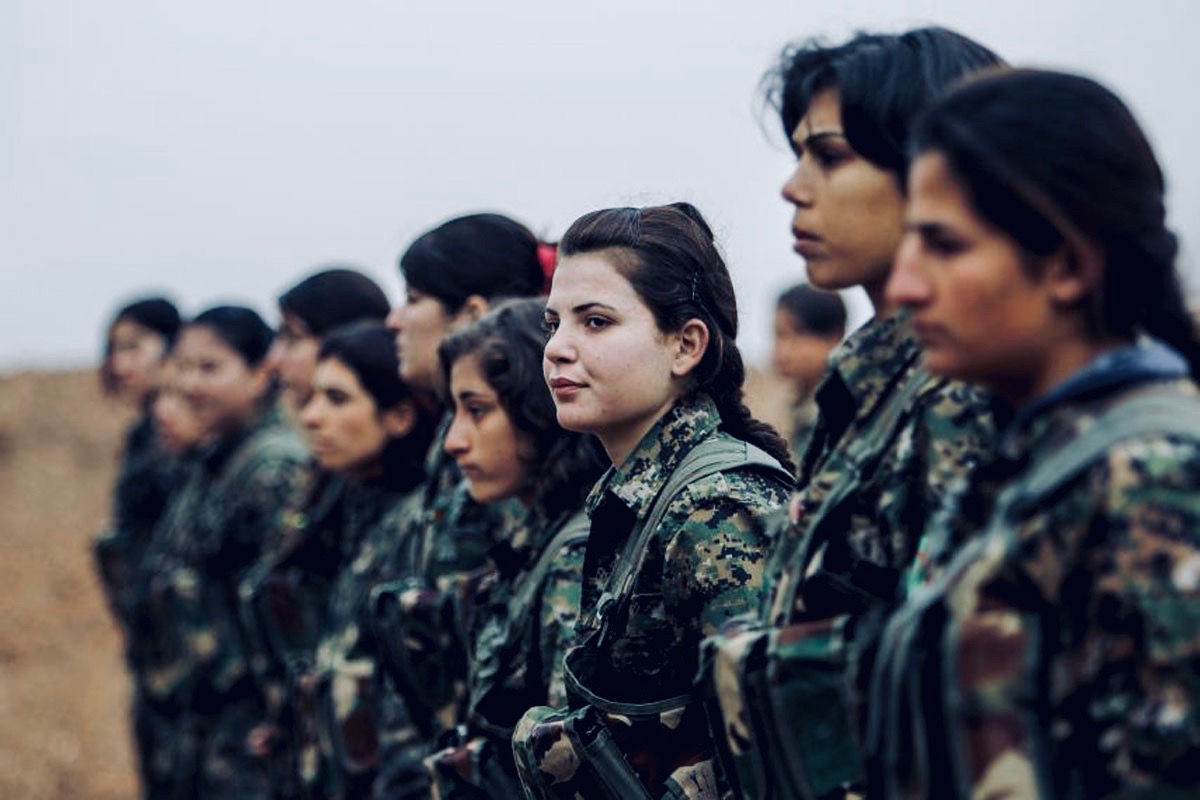 Syria continues to be the great humanitarian tragedy of our generation. According to I am Syria, a website that tracks casualties in Syria, over 500,000 have been killed with 10,204 reported civilian deaths in 2017 alone. The United Nations High Commissioner for Refugees (UNHCR) has also estimated that since the start of the Syrian civil war in 2011, over 5.4 million people have fled their country as refugees with millions more displaced internally. The Syrian civilians caught in the middle continue to experience violence from the regime of Bashar al-Assad, independently ran militias who act as the regional proxies of Iran, Russia, and Saudia Arabia, along with terrorist groups such as the Islamic State.

As a result, Syria has been broken up into a series of enclaves or cantons that are ruled by whatever militia or rebel groups have established dominance in that particular area with territory changing hands on a regular basis. Al-Jazeera recently released a conflict map that showed the various enclaves within Syria and while the Syrian regime has reclaimed significant territory from various rebel groups, the largest independent region in Syria now belongs to Kurdish groups who control vast swaths of North and North Eastern Syria. 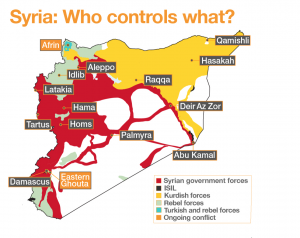 The Kurds have been some of the most stalwart allies of the US over the years; supporting military intervention as far back as 1991 when Iraq was invaded for the first time in Operation Desert Storm and have been a driving force in the more recent fighting against the Islamic State (IS) in Syria and Iraq. They are also the largest indigenous group of stateless people with around 25-30 million individuals living in Iraq, Turkey, Syria, Iran, and Armenia. All of which poses a serious foreign policy conundrum for countries like Turkey who have been battling an internal Kurdish rebellion since 1984, and the US who have armed and fought alongside Kurdish groups in Syria against the Islamic State.

Ian McCredie, a long-standing foreign policy consultant in the Middle East who spoke to RVA Mag summed up this foreign policy challenge. “It represents another string in the Kurdish attempt at independence and thus a threat to Turkish unity,” he said. “The fear is that it [Syrian Kurds] will link up with Iraqi Kurdistan and then Turkish Kurdistan and keep the flame of resistance burning bright.”

As a result, the Turkish government has labeled any Kurdish group fighting for independence in Syria as a terrorist organization including the Kurdish People’s Protection Units, who are the mainstay of the US-backed force that defeated IS, known as the Syrian Democratic Forces.

And just to make it even more complex, since the start of 2018, the Turkish Army launched Operation Olive Branch (this irony should not be lost on anyone) against the Kurdish administered region of Afrin in Northern Syria. Sinam Mohamed writing for The Defense Post in February, gave a harrowing overview of the situation, “Turkey’s campaign against Afrin, which employs the full might of the Turkish Armed Forces and is heavily supported on the ground by a variety of jihadist groups of Syrian and foreign fighters, has already resulted in the deaths of 104 civilians, many of them women and children. What was formerly an island of stability within war-ravaged Syria is now targeted day and night by a modern NATO army, with homes destroyed by airstrikes and medical supplies running low.” 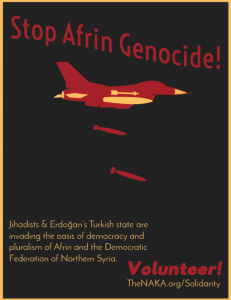 This has lead to an international outcry from activist groups globally who have supported the independence experiment of the Kurds in Afrin, known as the Democratic Federation of North Syria.

One of those activists hails from Norfolk, Virginia. Jacob George, an organizer with the Industrial Workers of the World (IWW) has helped organize a rally to raise awareness to the plight of the Kurds in Northern Syria. “They have created the kind of movement that is solidarity focused and worker-run, which the IWW has been pushing for since its founding in the early 20th Century.” This movement, according to Owen Jones at The Guardian, has been remarkable not only for its attempt at direct democracy, but for its acceptance of gender equality in a region long known for the oppression of women. Indeed, women fighting alongside men against IS in the Kurdish People’s Protection Units has been one of the most defining features of their experiment. 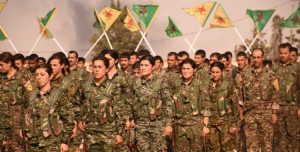 Women Soldiers of the Kurdish YPG. Photo by AFN

Each of these hallmarks of the Afrin experiment will be rallied for on March 24 at the IWW demonstration organized by George and his colleagues at MacArthur Center in downtown Norfolk. Yet, this is part of a larger show of solidarity for what is happening against the Kurds organized by the North American Kurdish Alliance (NAKA) and billed as an international day of action – with  the NAKA calling for an “Immediate condemnation of the Turkish and jihadist invasion of Afrin.” McCredie was less optimistic about the future prospects of a Kurdish enclave in Syria, saying the regional powers will never support an independent region.

George remains determined, however, to support the Kurds in Afrin. “The Kurds have risen out of this history of brutal oppression, and are trying to create a society that is worth fighting for and defending. When a lot of leftists see this, they get really inspired.”

Landon is a foreign policy and communications professional from Richmond specializing in high risk and complex environments, spending almost fifteen years abroad in the Middle East and Africa. He hold’s a Master’s Degree from American University in Conflict Resolution and was a former journalist and producer for VICE Media. His writing on foreign affairs has been published in World Policy Journal, Chatham House, Small Wars Journal, War on the Rocks, and the Fair Observer, along with being a commentator in the New York Times on the Middle East.
Topics: Afrin, Democracy, iraq, Islamic State, Kurds, Syria, Turkey, US, Women Fighters