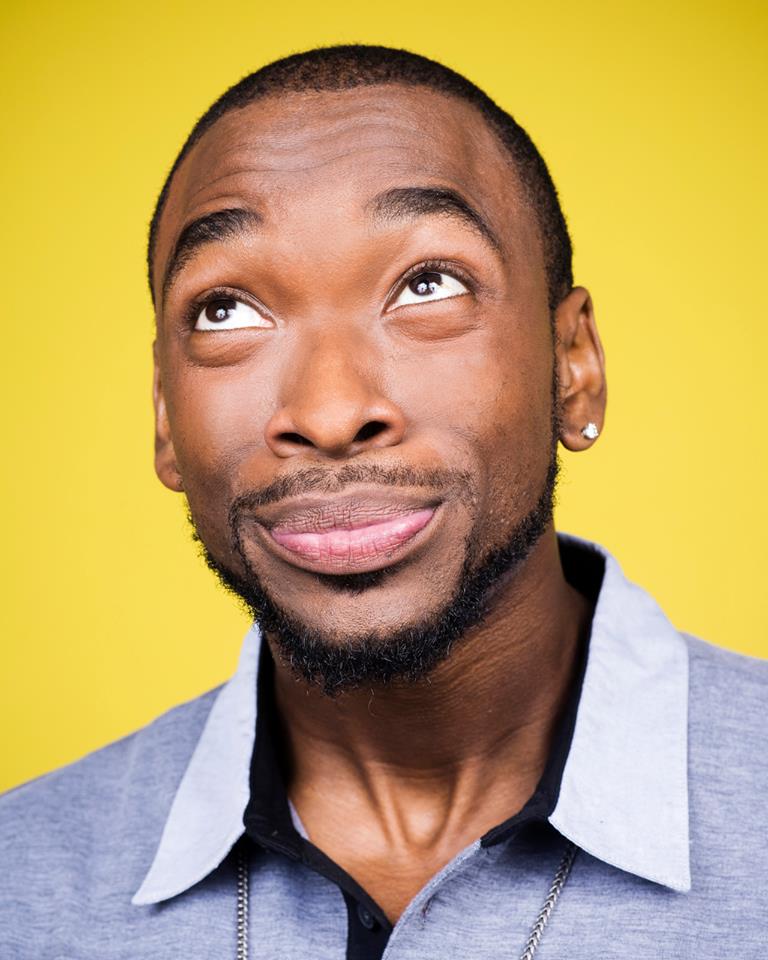 It’s hard to sit through an episode of Saturday Night Live these days and not admire Jay Pharoah.

It’s hard to sit through an episode of Saturday Night Live these days and not admire Jay Pharoah. Whether he’s unveiling a new impersonation or overacting an answer for “Black Jeopardy,” the Chesapeake native has grown to become one of the show’s best performers in his six years there and he’s still growing. Pharoah has become so synonymous with this era of Saturday Night Live that it’s hard to imagine a time when he wasn’t on the show and his hysterical facial expressions weren’t stealing each sketch. But it wasn’t that long ago really.

It was less than seven years ago that Pharoah first made a name for himself thanks to a viral clip of a Barack Obama impersonation shot at the Virginia Beach Funny Bone. It was a great contrast to then current SNL member Fred Armisen’s more ostentatious interpretation of the sitting president and served as a great introduction to the style of comedy Pharoah was crafting. That video not only opened up him up to a million people who instantly became fans, but it also served as his first foot in the door as it lead to the whirlwind that has been the last six years. “I still stop and just can’t believe this happened,” Jay Pharoah laughed. “I’ve been blessed with opportunities and I’m still going strong so I must be doing something right, you know? It’s astonishing to me being that kid at the Funny Bone and now being on a national platform brushing shoulders with people like Eddie Murphy and Chris Rock and all these people I looked up to when I was little. Actually being in the realm of them now is just surreal.”

Blessed or not, Pharoah’s accomplishments are all thanks to his hard-working spirit, something that’s as strong in ever in 2016. It’s well-documented the grueling commitment that Saturday Night Live can be for cast members and writers and it’d be easy to think the cast members would just want to relax when they have a break from the show. Not Pharoah though. In his time off from Saturday Night Live, if he’s not filling his time with performances, he’s working to perfect his material and pushing to advance his career in whatever way. “You just have to be willing to put that work in and just constantly grind. Always grinding. Always working,” he declared.

It seems almost impossible at first that a comic would even be able to come up with material after exhausting all his time and energy with the show. With the countless pitches and ideas being scribbled on paper and whiteboards in New York, it’s a wonder anything is left over for Pharoah to carry over. Yet to Pharoah, it all comes back to that driven and sturdy work ethic. “SNL makes you really disciplined in coming up with new material because you have to, but it’s also not something unorthodox to be able to come up with stand-up material when you’re just living and talking about what you’re going through and finding the funny. That’s what comedy is. Comedy is life. You just need to work to make that comedy good and relatable.”

Being relatable always sounds much easier than it is and there are countless comedians who struggle with keeping their work down-to-earth despite whatever successes they’ve enjoyed. To Pharoah though, it’s something he’s conscious of, but also something that just comes naturally for the comic. His first comedy special “Can I Be Me?” last year was praised for its charm and relevant topic discussion and even though he’s changing up the subject matter for his current tour, that relevant charm isn’t going anywhere. “This time around, it’s a lot of dating and travelling discussion. My last special didn’t have a lot of that, but still, whether you’re black, white, or whatever, you’re going to enjoy it because it’s things we all see and encounter.”

Though it comes easy to him, keeping his work grounded is still something he strives for even if all it takes is a night out on the town. “How I keep it relatable is I just go out and hang with people. Just hang. I’ll go to different concerts and just do new experiences that are going on. That will keep you relatable. If you’re just talking about Hollywood, of course it’s not going to be relatable because the vast majority are not in Hollywood. They’re not getting that experience. If you’re constantly talking about hanging with J-Lo or some bullshit like that, of course you’re going to lose your audience. You’d be like, ‘Damn, I want to hang with J-Lo, but I don’t. I can ask politely to hang with her, but that’s not me and this isn’t my life.’ I feel like it’s important to always be in touch with the people. Someone who’s done that flawlessly is Kevin Hart. You see him and he’s out running with the community. It’s always like he’s trying to keep his foot in the community to be relatable and I commend him on that. I think that’s very important and it’s helped his star rise.”

Pharoah’s become a familiar face in recent Kevin Hart movies like 2014’s Ride Along and last year’s Get Hard, but while those performances gave us a taste of what Pharoah on the big screen might look like in the future, the budding star revealed to us that big roles are still a bit off in the horizon. “We go for nine months on SNL so there’s only going to be a handful of directors who are going to handle or actually honor a time commitment. Big, big, big budget movies where they need you for a lot of time, you’re just not going to get that role. But you still get shown to millions every week whereas in a movie, you get shown to millions for a couple of months and then it’s available wherever after that, so you’re not losing at all.” Yet Pharoah also admitted that these roles or perhaps even his own television show would definitely be things he’d jump at the chance to do. “I’m so happy with what I’m doing now, but I do love seeing what these other comics get to do and it makes me wonder.”

Keeping a steady hand on comedy scene’s pulse is important for anyone and Pharoah definitely sees the benefit in it. It allows him to not only continue enjoying comedy in a way that made him want to try it, but it also allows him the opportunity to grow his own work in a congruent way. “When I was on Oddball, I saw so many incredible comics. Anthony Jeselnik, Amy [Schumer], and Aziz [Ansari]. We all have different things, but there’s something that wowed me with everyone. I’m just sitting there laughing and also thinking I can flip this and go a different direction with this joke. You just want to keep expanding.” Above all though, Pharoah found himself particularly struck by one comic. “Nick Kroll, man. Whoa. He is one of the best performers I’ve seen in a long time.” But the same can be said about Pharoah and he knows it. “People say my show’s one of the best live shows they’ve ever seen. It’s always great to hear, but I just try and live up to that and keep going with that reputation. I think this new material has taken a big leap and I’m really excited to see if it can live up to that reputation.”

That new material will be on display this weekend in Virginia with a Friday night show in Richmond and a Saturday stop-over in Norfolk, both of which are being pegged as hometown shows. Pharoah’s Hampton Road origins are well documented and he also found himself in Virginia’s capital briefly after spending a semester at VCU. “I loved Richmond,” he gushed. “It was such a cool place to be. Broad Street though. Broad Street is just crazy. Kind of like Mardi Gras. Okay, maybe not an actual Mardi Gras like the one we all know, but there was plenty of times I know of where titties were just getting flashed by hot cougars and MILFs without beads even coming in to the equation.”

Above the funny anecdotes, Pharoah was heartfelt in describing how Richmond truly prepared him for what was to come. “I really remember the unity in Richmond. It felt like New York does now. I feel pseudo-home when I’m in New York because of that experience in Richmond. It gives you that city like experience and introduction which is very important. I’m from grass out here, man. We’ve got a little bit of city, but it ain’t too much. Ain’t nobody exactly putting the Hampton Roads on bottle cap openers and stuff like that. But Richmond, that town was really big to me at an important time.”

Jay Pharoah and his wonderful stand-up come to The National tonight. Doors are at 6:30 PM with ticket prices being between $25 and $20. For more information on the show, click here.