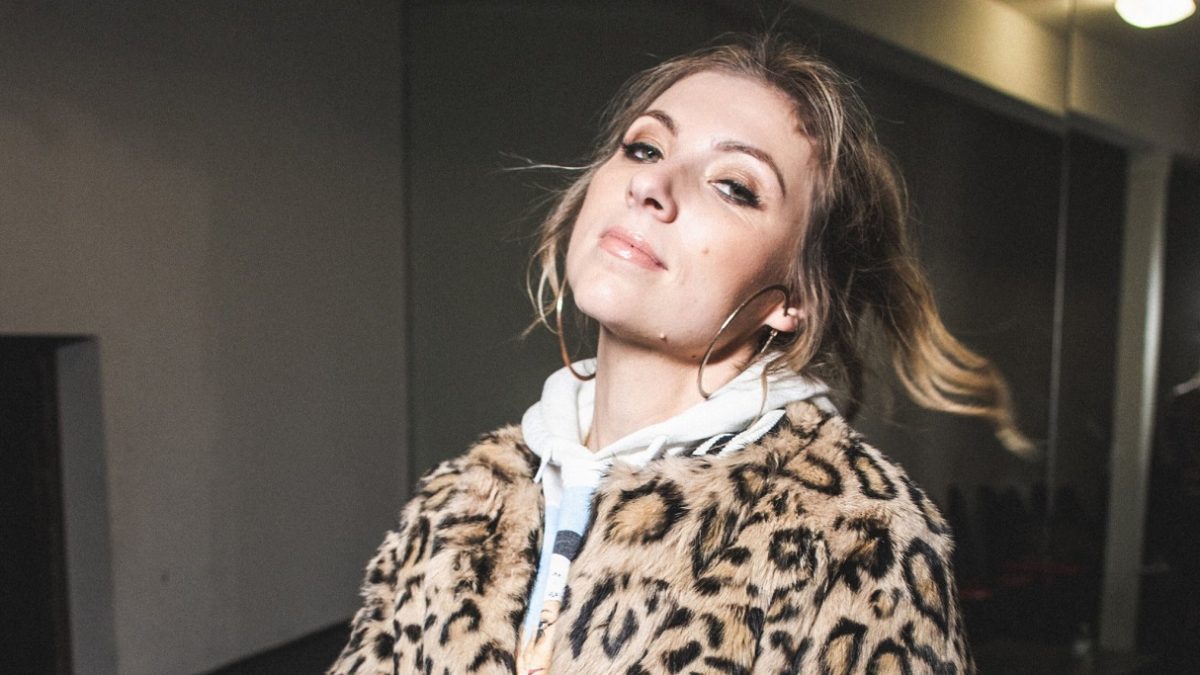 As Funny As Possible: An Interview With Annie Lederman

This week I got to talk with Annie Lederman. You may recognize her from Opie and Anthony, as the voice of Cheryl Fawkes on Grand Theft Auto V, her new hit podcast Trash Tuesday with cohosts Esther Povitsky and Khalyla Kuhn, or the comedy stage. I called while Lederman was shooting a promo video for her upcoming shows — a few of which are here in Richmond, starting tonight and through Sunday, March 12, at Sandman Comedy Club. We talk about her crashing the Independent Spirit Awards afterparty, the rise of podcasts, and her passion to deliver “as funny as possible” comedy to all her slugs. Here’s our conversation:

Annie: No, I’m doing my promo video for it right now. I have a whole vision. I’m gonna go into a cryo tank. Have you ever done cryotherapy?

Annie: Well you pretty much go into a human freezer for three and half minutes. It’s the coldest shit in the world. Your eyelashes turn into icicles and stuff. So, I’m gonna go into the tank and be like, “I’m coming. I’m getting ready. Gonna get nice, hot and healthy. I’m coming to Richmond. Come see me at Sandman Comedy Club. I’m gonna go in the cryo. I’ll be right back.” And then I have my friend who’s really tall and has crazy hair. I’m gonna have my boyfriend edit him coming out so it looks like I turned into him.

Gabe: Oh shit, is this going on the Gram?

Annie: This is gonna go on the Gram. It’s going on the Gram in the morning.

Gabe: ‘On the Gram in the Morning’ sounds like a show.

Annie: My friend was like “You’re just doing this for your promo video?” I feel an obligation to make my promo videos hilarious.

Gabe: Content is important these days. Especially for comedians.

Annie: I just like any opportunity to tell a joke. I just love to entertain people. It’s all I want to do. Anytime I can do anything, I like to do it as funny as possible.

Gabe: I just picked up on your podcast, Trash Tuesdays, in the past few weeks.

Gabe: It’s been very successful. How long have y’all been doing Trash Tuesdays?

Annie: A year. We just hit a year.

Gabe: It’s great. I like that you have themes sometimes. You did goth girls, I saw.

Annie: Yeah, we’ve done goth twice. Goth was such a hit the first time, and we did it again. And every once and a while we just want to dress up. It’s fun to have this sort of playground.

Gabe: It’s a very professional-looking podcast, but I can tell y’all have a lot of fun there. Some podcasts have two people on a couch, but you really go for it.

Annie: Yeah, we do. We sure do. [laughs] We love doing it. We have our slugs. That’s what we call our fans.

Gabe: I wanted to talk to you about some of the voiceover work you’ve done and how you got involved with that.

Annie: Oh yeah. I can’t imagine which one you’re thinking of.

Gabe: [laughs] Was there anything you enjoyed about doing that sort of medium?

Annie: It’s great not having to go in and do your fucking hair and makeup. You know what I mean? You can go in looking like shit.

Annie: With Grand Theft Auto, I had just done an appearance on Opie And Anthony. The old radio show.

Annie: And Lazlow [Jones] had heard me on there. And then Lazlow was like, ‘You have to be in it.’ So he flew me out and I did it with JB Smoove. And it was really fun. I would love to do more voiceover work.

Gabe: That’s so cool. And JB Smoove. Jeez! What a gem.

Gabe: Fuck yeah. So, you’re based out of LA now?

Gabe: You’re right in the thick of the Hollywood hustle.

Annie: Yeah, I just crashed the afterparty to the Independent Spirit Awards. [laughs]

Annie: They were not trying to let me in, and I got my ass in there.

Annie: I was with the writers. And my friend Bonnie McFarlane, who I’m writing a movie with that’s going to blow everyone’s mind, she was the head writer of the event. It was fun. But once I was there everyone was like ‘Annie!’ A lot of people were fans of the podcast. It was cool.

Annie: Yeah, it was awesome. It’s fun when you go to a party with rich Hollywood people and they know you, but you don’t know them. I was doing a lot of ‘Hey you!’

Annie: It felt good. I was like, ‘I’m more in the podcast world. I don’t really know about your Hollywood shit.’

Gabe: [laughs] The podcast world is booming so hard right now. It’s crazy. Like podcasts and YouTube is its own universe, and there’s crossovers —

Annie: And it’s just whatever you want. It’s great, because it’s in our control. You don’t have to try and sell a script or do anything, you know?

Gabe: Exactly. I was thinking about this the other day. The fact that YouTube/podcasts are getting as many views, if not more, as network television.

Annie: Yeah. And it’s like, TV is dying, podcasts are rising. All of our agents are trying to get cuts, and we’re like ‘nope.’

Gabe: [laughs] I know. That’s across the board, too. Whether it’s podcasts, patreon, OnlyFans, twitch…

Gabe: The middleman was kinda cut out, which is cool.

The next day I checked Instagram to go see the video she was describing and it seemed to be a different video than what she described, so I hope I didn’t spoil a future promo video. In the video Annie did post, there was a little piece of poop getting picked up on a sidewalk. You could hear her urging us: “Don’t be a tiny piece of shit. Make sure to come see me in Richmond, Virginia at the Sandman Comedy Club. Thursday through Saturday. Five shows, baby. Let’s do it. Don’t be a turd! Let’s do some comedy. I’ll sign your scrotums.” The video continued with a clip of her onstage at a comedy club, and what appears to be her signing a fan’s ball bag,

Be sure to check out Trash Tuesday with Annie, Esther Povitsky, and Khalyla Kuhn, with new episodes out every Tuesday. I also urge you to not be a turd and go see Annie Lederman at Sandman Comedy Club, performing five shows right here in Richmond with local favorite Nick Deez hosting. Show up an hour early for food and beverages. Tickets can be purchased at Sandman Comedy Club’s website. She’ll sign your balls.