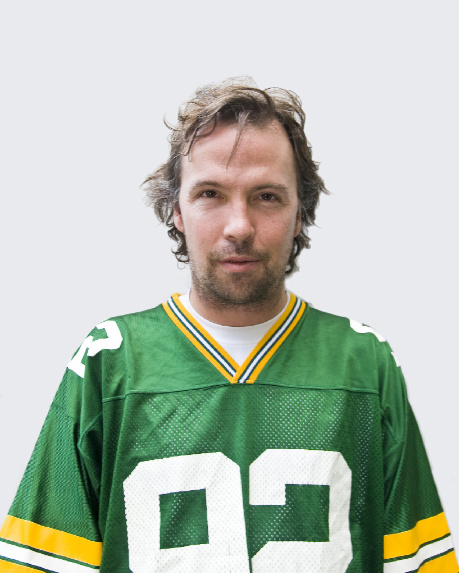 His website describes him as such: Doug Stanhope is a stand-up comic. Has been since 1990. His material ranges from true-life graphic perversion to volatile social criticism. Doug is vulgar, opinionated, brutally honest and shockingly uninhibited and is certainly not for everybody.

His website describes him as such: Doug Stanhope is a stand-up comic. Has been since 1990. His material ranges from true-life graphic perversion to volatile social criticism. Doug is vulgar, opinionated, brutally honest and shockingly uninhibited and is certainly not for everybody. I put together this email interview on short notice to promote Doug’s upcoming show at Plaza Bowl (Thursday, August 13th).

Johnny Hugel: I appreciate your time for this interview, especially given the fact that you’re starting your tour very soon. There is a lot of excitement about you coming to Richmond and choosing to play an alternative spot like Plaza Bowl. Richmond is at a crossroads currently as it has long been a city known for live music, but although there is a strong audience for it, comedy has not really had a solid presence aside from the notorious Funny Bone. How did you come to be banned from there?

Doug Stanhope: I’m not quite sure. I was fired from a bunch all at once – Improvs and Funny Bones that were evidently all owned by the same people – because I had been trashing them for being corporate shitholes. I called them TGIComedy’s, etc. I guess they were okay with all the Jesus bashing, pro-abortion, child molestation material but got cheesed off when I dared pull down their pants as well.

What are some of the advantages and disadvantages that the rock club or alternative venues provide over your standard comedy club?

The strong advantage is the sense of chaos that gives the feeling of a LIVE show rather than a theater production. There’s always the chance that it gets too chaotic and spills into the worst sort of anarchy but on those occasions, it still isn’t boring.

It seems that comedians are becoming much more identifiable and respected amongst mainstream America. Is this a false perception? If not, what do you credit the fact that comics are now being awarded larger parts in film and television on a more regular basis?

I’d guess that it goes in cycles – look at the late 80’s – but I have no fucking idea. Comedy in America still has a long way to go before it’s as respected as an artform like it is in other countries. Too often here it’s a refuge for birthday parties with coupons and no imagination.

How has this rise in popularity manifested itself for someone who is touring and releasing CDs?

CDs? As far as I know CDs are just something you send to iTunes and they buy the shit there. I think I have hit the wall with my understanding of technology. I sell CDs after shows but I think people only buy them as a reason to have me sign their girlfriends child-busted rack. Then they buy the shit off iTunes.

How does your career benefit from the various “new media” tools that the Internet has provided versus “traditional media” outlets?

It used to be that the local comedy club (or two) was the only game in town and whoever ran it had the sole voice in whether you were funny or not. The internet gave artists direct contact with the audience so that you can gain a fan base first (ie Myspace friends) and book a show in any venue with four walls and a microphone. Morning radio used to be the main outlet to promote yourself in a town and now they are so neutered by the FCC and satellite radio that – unless you are Jeff Dunham and Peanut – you may as well use smoke signals to advertise yourself.

Obviously there is debate on the musician side of the fence, but have you seen the affects of file sharing for your album & DVD sales?

Are you fucking kidding me? I implore people to file share my shit. I would love to hit the short-stack douchebag Lars Ulrich with a Whiffle-Ball bat (I don’t like actual violence) for fucking up Napster when it was grass-roots bootlegging that made them any bigger than his Mother’s garage. Conversely, I fucking hate people who film shit on their shitty cellphone cameras and put it on Youtube before you’ve even made it ready to release. Share the shit I’ve already put out – no problem. But if people were bootlegging Metallica in studio working shit out, I’d be completely on Lars’ side. Besides, my biggest pet peeve of this generation is the site of them walking around filming everything rather than living it. Fucking perennial tourists. But we’ll talk about that at the show.

You’ll be taping for your new CD next Tuesday, August 11th in Wilmington, NC at City Stage at Level 5. They say it’s your first visit, how was that city/venue selecte? Are there special things you look for when selecting where you’ll tape?

I have an unfortunate head that makes me feel – against all logic- that if I have performed the same material in a town that I cant repeat it there because they all heard it the last time. So by the time I think bits are good enough to be released, I dont want to do them anywhere I’ve played. It’s stupid but my head is difficult to work with sometimes.

Who will be releasing that album/DVD and is there a release date?

The record company is Stand Up Records. All the other details you’d have to ask my manager. ASAP is probably the answer.

What is your preparation like leading up to a tour and CD taping? Does living in Bisbee, AZ have a negative affect on this, where other guys may just drop in at clubs in larger cities?

I always do whatever new material I have at every show. That’s how I work it out. Even for the last few years I lived in LA, I never did shows at local clubs. I have such a low threshold for hearing my own bits that I wouldn’t waste them on shows I didn’t have to do. So far as preparation, I cram for the exam at the last minute. My work ethic is no better than the rest of the American work force.

Who is opening the Richmond show? What’s your experience been like in music and comedy hybrid shows (what some want to call the Indie Comedy experience?)

I don’t know who is opening. I’m drunk and I may not have even booked an opener yet. Again, I kinda work last minute to accommodate my attention span. I’ve used fantastic musicians (The Mattoid, Mishka Shubaly, etc) and it’s hit or miss so far as the audience is concerned depending on how drunk they are but it almost feels like that you should use locals so that you give someone the chance that a Funnybone would never give. Every town has at least one comedian that all the comics run into the room to see but nobody seems to get. My audiences will get that comic more often than not.

I expect that Plaza Bowl will reward you with a more true Richmond experience. What have your previous Richmond visits been like?

I’ve only been to Richmond once. To be honest, they were very kind all around and the shows were great, corporate circus or not. But I’d rather play any rock n roll fucked up bowling alley than a sold-out Madison Square Garden any day. I know where I am comfortable. I know where I’m at my best and I know where I belong.

A perfect example of Doug’s passionate independent work ethic and thoughts on the state of the comedy industry can be found an a blog post on his Myspace page dated November 12th, 2007. It’s titled “Comedians Looking For Work” and should be referenced and shared by aspiring comedians everywhere, similar to how rock bands regard Steve Albini’s Maximum Rock ‘n’ Roll Essay, “The Problem With Music”.

A brief excerpt:
“I came around in a day when you thought you weren’t officially “funny” until some shitbag booker from the Funnybone – or whatever club – gave you an emcee week for less than the gas money to get there.

And you were happy to get it – because that somehow proved you were funny.

Today, with every YouTube, Break.com, Myspace, Facebook, PleaseLookAtMe.com and the thousand other copycat sites, there is no reason you can’t build up a fanbase that will fill those seats in any given town, be it a comedy club or an Elks Lodge or any other boozer joint.

You don’t need comedy clubs. On every corner of every town there’s a bar with a stage and a microphone. They also have empty seats where they’d like people to be drinking, the heavier the better. They don’t care if you’re doing comedy, stripping or juggling onions to get people in the door

Doug goes on to describe performing in Richmond, or a fictionalized version of Richmond, and what minimum steps anyone trying to start in comedy should be thinking about and working towards. Help promote independent comedy in Richmond and be sure to come check out Doug Thursday, August 13th at Plaza Bowl at 8pm. Tickets can be purchased HERE and more information about Doug can be found on his Website and Myspace Page.

Turns Out I’m Hilariously Funny: An Interview with Mich...

From The State and Wet Hot American Summer to his recent renaissance as an author of children's books, Michael Ian Black's done it all. In... READ MORE

Turns Out I’m Hilariously Funny: An Interview with Mich...

From The State and Wet Hot American Summer to his recent renaissance as an author of children's books, Michael Ian Black's done it all. In... READ MORE