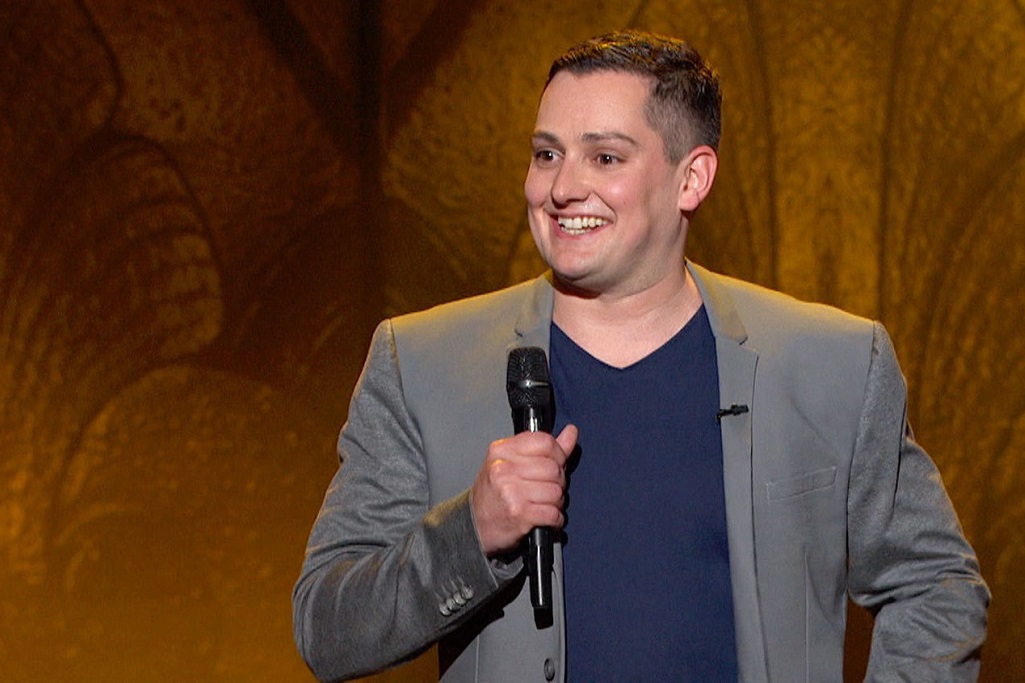 This week, Joe Machi comes to Richmond’s Sandman Comedy Club. In preparation, Gabe Santamaria talked to him about open mics, the New York comedy scene, and growing a patchy beard, among other things.

I got to chat with the hilariously lovable Joe Machi this week. I’ve been following his stand-up for a few years now and he’s always stuck out. Machi has appeared on Last Comic Standing, The Tonight Show with Jimmy Fallon, and Conan. His observations of society and sometimes awkward timing have been making audiences howl for the last couple decades. We discuss his start in comedy, terrifying open mics and his love and appreciation for Norm McDonald. Here’s our conversation:

Gabe: Thanks a lot for doing this. Big fan. I’m glad to see you coming to Richmond. Have you ever been to Richmond before?

Joe: I’ve only driven past it on my way to somewhere else.

Gabe: Well, we’re happy to have you here. So, let’s start off from the beginning. How did you get into comedy?

Joe: You know, it’s one of those careers that chooses you. I was always the kind of person that, you know, really didn’t fit too great in a regular job. I was always kind of making jokes. So, it just made a lot of sense, but I always wanted to do it since I was a kid and I finally got the courage to do it in my mid-twenties.

Joe: I was a huge Norm Macdonald fan. He just passed away. I used to watch Weekend Update (SNL). And as I got older, I started getting [that] it was his actual standup. For my money, he was my favorite of all time.

Gabe: One of the best. I was really sad to hear about all that. Came out of nowhere.

Joe: He kept it secret.

Joe: I grew up in State College, Pennsylvania, where Penn State University is. Probably about four or five hour drive from Richmond.

Gabe: Anywhere in Pennsylvania is about four or five hours from Richmond.

Gabe: Your comedy is very observational. Is that something you take on a day-to-day basis for writing?

Joe: I write all the time, and sometimes jokes just hit you up, but I don’t really do a lot of crazy stuff in my personal life. So a lot of my stuff is just commenting, you know? There’s different kinds. I know some comedians will get drunk and they’ll do something crazy. All of a sudden they got a ten-minute bit off of it. I’ve lived my life pretty close to the vest. So I sense that I comment on things.

Joe: Oh, yeah, someone made one for him that says ‘I’m Funnier Than Joe Machi’ somewhere. They had made the same shirt for me. Funny. It’s the same guy.

Gabe: [Laughs] I saw you on his documentary on YouTube [Full Capacity]. You have a unique voice amongst a lot of the NY comics. How’d you fit in starting out at open mics?

Joe: Open mics are tough for everyone, because anyone can sign up. And that includes delusional people and people that are that are crazy. Also, open mics are tough too, because it’s mostly comics. So it’s tough to make comics laugh, because they’re worried about their own set. Or they kind of know a lot of hackier material. So a lot of the easier broad jokes don’t work. Most of the people play the back of the room, but I look at it as joke practice. So I didn’t care if I bombed, I would just use as a way to make sure I wrote and got on stage. I didn’t do great. I mean, not fitting in is almost par for the course for comedians. So that’s okay.

Gabe: Of course. Gotta perfect the delivery. Noticed you’re very strategic with your pauses. Some people like to get out as much as possible.

Joe: Oh, thanks. It’s a lot of… sometimes, you’ve got to give the crowd a little bit of time to catch up, and if you go too fast — it’s just like music, you know? There’s a lot of timing involved.

Gabe: Timing is everything. A musician once said to me, ‘What you don’t play is a big part of the song.’ I’ve played in some bands before.

Gabe: So anything new going on with you? I see you’ve been hitting the road a lot lately.

Joe: Yeah, I’m just hitting the road a lot. I’m trying to get some new material. A lot of comics, including myself, were really put in a hole by not being able to perform as much. So I’m just trying to work as much as I can.

Gabe: It was a little patchy.

Joe: Yeah. It’s so weird that, you know, facial hair will grow different on each side of your face.

Gabe: [laughs] Well, got anything to say to the RVA people?

Joe: Oh, hey, come on up to the Sandman Comedy Club. It’s a great thing to have downtown. If you don’t come to see me, go see someone, and try to help out these small businesses. And I really hope you come in and enjoy the show.

Joe Machi was a lot of fun to talk to, very kind, and has jokes for days He’s been hitting the road all year and can be found in Richmond this weekend. Joe is starting a three-night stand at Sandman Comedy Club, from Thursday to Saturday. He’ll be doing shows at 7 and 9:30, and you don’t want to miss an absolute pro. Be sure to get to the show an hour early for drinks and beverages. Tickets are available at Sandman Comedy Club’s website.