Latinos In Therapy: An Interview With Gina Brillon - RVA Mag 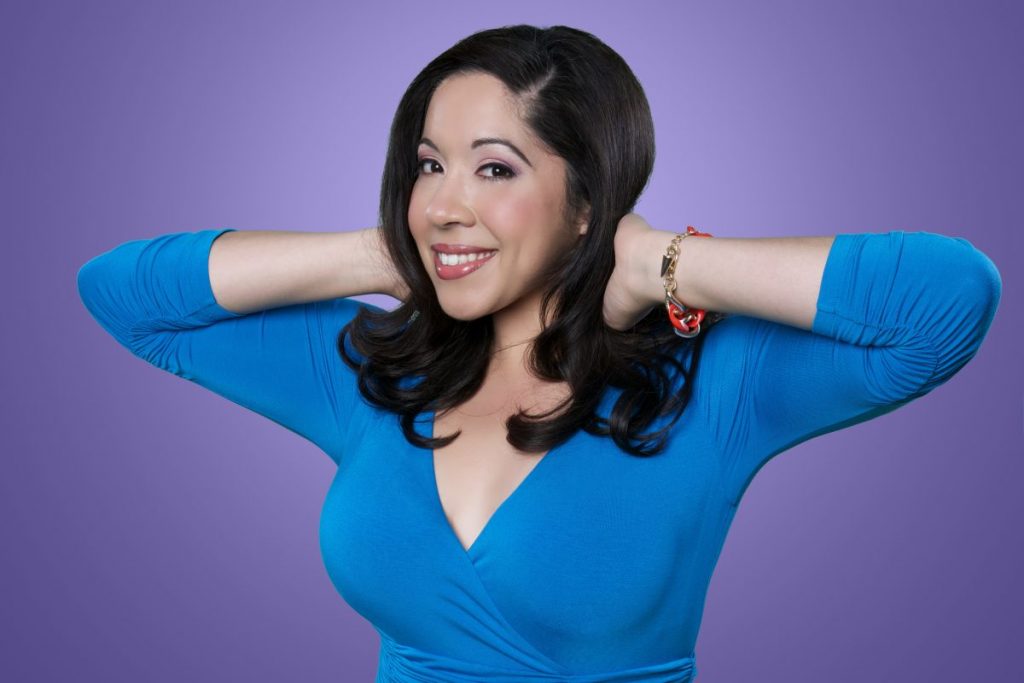 Hello reader! I’m back this week with one of my favorite comedians, Gina Brillon. The Bronx comic had a huge year, becoming a mom, becoming a finalist on America’s Got Talent, and hitting the road hard in support of her success on the hit NBC show. This Boricua is no stranger to success, having previously had two hit specials on Amazon Prime and HBO, as well as making appearances on The View, Late Night with Seth Meyers, and Jimmy Kimmel Live. It’s been a year since she’s been to Richmond (we spoke to her then too), and we had a lot to catch up on. We’re both parents now, and happened to both be on the phone while watching our kids, so of course we talk about raising children, her experience on America’s Got Talent, and working out her upcoming special. Here’s our conversation.

Gabe: How’ve you been? We spoke last year when you were performing in Richmond.

Gabe: That was right on the brink of America’s Got Talent.

Gina: I believe so. – I know, papa. [baby in background] Sorry, you’re going to hear my son, who is right in a very ‘mommy is everything’ stage of life.

Gabe: I’m right there with you. I actually just had a newborn, who’s upstairs asleep right now.

Gabe: Thank you. I’m in the same boat.

Gina: At least we both understand each other’s positions right now. [laughs]

Gabe: [laughs] Absolutely. I believe last year he was in the background too.

Gina: I completely understand. And you’re gonna hear Encanto playing in the background.

Gabe: Sing it! So what’s been happening over the past year? You did AGT. Was all that prerecorded?

Gina: Just the audition. The audition had been a couple months before anything had happened, because production was kind of a mess because of Covid. So I did the audition in April, but the show didn’t start until August I think. I kind of blur it out.

Gabe: When that happened you really hit the ground running. You were all over the road.

Gina: Yeah, once the show was over — it was literally the weekend after the show was done, I ended up having a gig that next weekend in California. So once the show ended, everything really took off. And I hadn’t really had any time off. The only time off I really had is this month; I’ve really only been working pretty much in the east coast. That was my time off. [laughs] Still working but just not getting on a plane.

Gabe: Right? Well, when you have that much momentum going with the show, you have to show up for stuff, because things are starting to happen.

Gabe: I think those competitions can be so hard for comedians, because the set is only two minutes or something.

Gina: Yeah. It’s, like, two to three minutes that they’ll let you play with. Nothing over that. Which is a short amount of time, but I look at it like someone might look at writing or putting together a late night set for Jimmy Kimmel or Jimmy Fallon. You know what I mean? Any of the Jimmy’s. Where you basically condense your act, your personality, stories from your life, into about four minutes, you know?

Gabe: That’s where you gotta put the bangers in there.

Gina: Yeah. That’s where you put the heavy hitters in there. And it was a good time. It was a stressful amount of time to have to perform for — only because you have to listen to the judges’ comments after. It’s not the performing that’s the issue. It’s the nerve-wracking… now I have to hear what these people, who — aside from Howie [Mandel] — do not do comedy, think of my act.

Gabe: That’s a good point. Because usually you can just say, ‘That’s my time,’ and get off stage. But in this scenario, you gotta wait around to see what people think.

Gina: Yeah, you’d be like, ‘Hey, that’s my time. Now I’m going to stand here and potentially get berated.’

Gabe: I guess there’s Howie sticking up for comics.

Gina: Yeah, I think as a comic he’s obligated to kinda back up comics. Especially since, you know, I think everybody would have liked them to win this year. Somebody said something to me once, and I’ll never forget. It was a former manager, who is now working at TruTV. She said, ‘You know, a comic will never win America’s Got Talent, because a skilled comedian makes it look effortless.’ We make it look like it’s not the hardest thing. We make it look so easy, and we’re up against acrobats, and people that swallow fire. [Gabe laughs] And they’re like, ‘Yeah, you tell jokes. That person almost lost their life to a chainsaw trick they just did.’ So it can look less impressive.

Gabe: That sounds like some stiff competition. So, currently do you have anything going on? Is there a new special in the works at all?

Gina: Currently I’m working on a new special. A lot of the material that I’m doing on the road now is stuff that I’m working out for the special, so please be patient while I’m under construction. Because it’s a lot of new stuff that’s building, and although I’m having a lot of fun with it, some stuff will stay in some stuff will be taken out. Some stuff would be for ‘play-play,’ and then some stuff will be longer and have more of a point. I’m really playing with a lot of subjects in this next special, like the idea of therapy and how taboo it is amongst Latinos. I’ve been going to therapy for quite a few years now. And I have a friend who’s been in therapy since she was a child. And we as a community, as a culture, we don’t talk about it. We don’t talk about the necessity for it. There’s a lot to be said for the necessity of therapy and people’s lives. I personally think everybody should go. I think everybody should go, because we all have something to work.

Gabe: You gotta exercise and flex that emotional muscle sometimes.

Gina: Yeah, it’s a thing that I feel, when people talk about it, it’s still so taboo. And you know, in communities of people of color, we don’t trust therapy, but we’ll trust our tia who’s been divorced six times to give us relationship advice. It’s a messed up way of thinking, that, ‘Let me ask this non-expert on psychology on the human condition, let me ask this person about a life-altering situation I have.’ Instead of going to somebody who has literally studied everything from personality types to mental disorders, and has made it their business to reorganize people’s thought patterns in a healthier way. We don’t trust that person. We get our information from sources that aren’t always the best sources, just because we’re too afraid to talk to a ‘stranger.’

Gabe: Mental health is more important than it’s ever been in the past. I’m glad to hear you’re diving into that. You think you’re going with Amazon again for your special, or are you possibly looking elsewhere?

Gina: Well, we’ve mentioned it to Amazon. I told them I would love to work with them again, but I’m kind of keeping my options open. I haven’t talked to many people about it, but the intention is to, when I’m ready, talk to places that I have relationships with already. Talk to Amazon, talk to HBO, talk to Netflix, potentially others, reach out to them and see where I will be the most heard, because that’s a huge thing for me. Creatively, I need to be heard as to what I want for specials. Having worked with Amazon before, they’re a really good contender, because I really had a great time working with them. Had a great experience. My special performed well. They were wonderful throughout the process. But I’m not just putting all my eggs in one basket at this point. I even have a chance to self-produce the special, if I wanted to.

Gina: If I self-produce a special, I just have so much more creative control over everything that goes on in the special. And that’s a huge thing for comedians, or anybody in general, putting together a piece. To have that creative control that you wouldn’t get if there were another entity involved. Actually put a cap on it.

You can watch Gina Brillon’s current specials, The Floor is Lava and Pacifically Speaking, on Amazon Prime right now. You can also catch her performing five shows right here in Richmond at Sandman Comedy Club Thursday through Saturday. She’s one of the best in the biz. You gotta see her. As we discussed above, Gina’s going to be working out some new material for her upcoming special, and it’s always great to see the new stuff before it’s released. Be sure to show up an hour early for food and beverages. Tickets can be found at Sandman Comedy Club’s website.