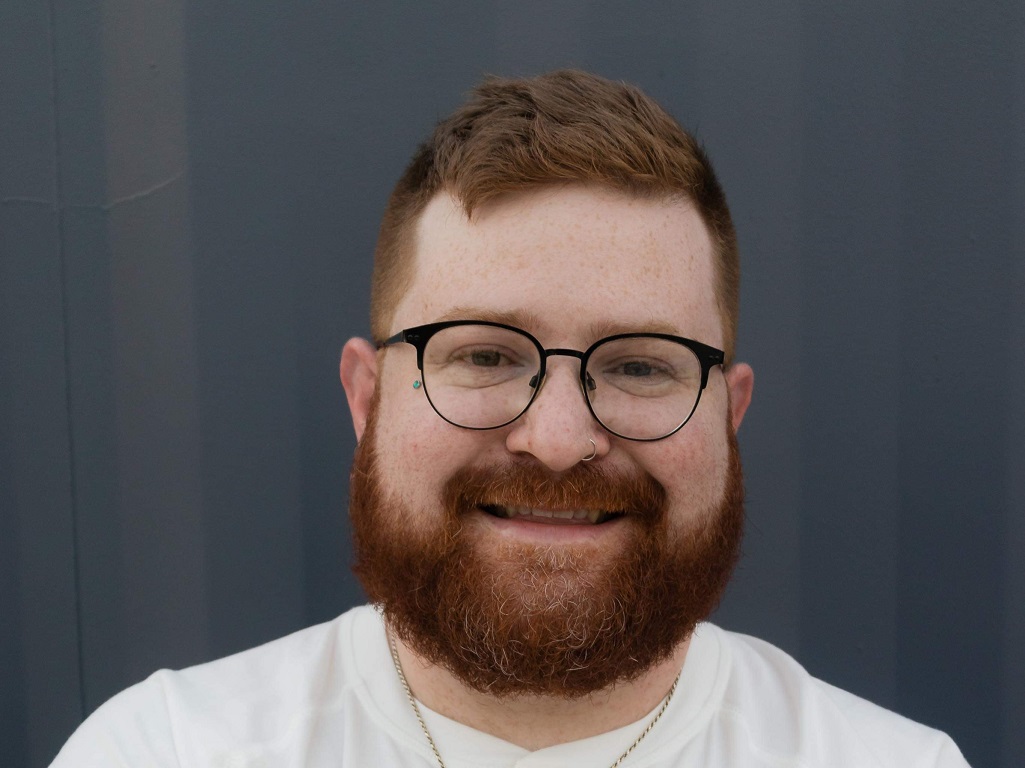 He’s Bringing His Friends With Him: An Interview With Nick Deez

You might have seen Richmond standup comic Nick Deez hosting shows for high-profile touring comedians, or headlining at one of Jack N’ Minor’s Pickup shows. Now he’s putting on a showcase of local favorites at Sandman Comedy Club this Sunday. Gabe Santamaria caught up with him to get the lowdown.

This week I got to talk with local favorite Nick Deez. At shows with touring comics headlining, local comics get in on the action by taking hosting duties. I’ve seen Deez in the hosting slot three times now; he’s a go-to call for Richmond standup shows. Deez stays busy; he has performed locally with Shane Gillis, Adam Ferrara, and Mark Normand, and has been hitting the DMV comedy scene, building his material. I did get to see him headline one of Jack N’ Minor’s Pickup shows. We talk about that in this interview. Deez is also putting together a showcase at Sandman Comedy Club this Sunday night and bringing all his friends, who are as top-notch as he is. Here’s our conversation:

Nick: I grew up in the Virginia Beach area, then moved to Richmond in 2005. I basically grew up around Richmond, because I didn’t move back from there down Virginia Beach area [until] a couple of years ago. So I lived there from 2005 to 2018, and I did music and stuff before I did standup.

Nick: No, I always did the vocals. I just like that element of it. I never was really all that good at playing an instrument, but doing vocals was fun, because I was still able to do music and do band stuff. The last thing I did, we spent a bunch of money recording this album and it didn’t really go anywhere. So I was just like, if that’s not going to work, if that’s not what I end up touring on, then I’m going to start something else. Standup was something that I like, [that] I always wanted to do. So it was an easy transition, honestly.

Gabe: Do you think performing music helped with being on stage as a standup? Or is there a difference between a music audience and a comedy audience?

Nick: Essentially, an open mic is an open mic. An open mic with a bad turnout is no different than being on, like, a local show. Because the amount of time I played shows where it was just the other bands watching you play, and then you’ve got, you know, thirty dudes that are dancing around and bobbing their head to your music and stuff — vs. being at an open mic with comics that haven’t heard your jokes before… if a joke is good, it’s good. And it’ll get a laugh more often than not, regardless of the crowd.

Gabe: Nice. Yeah, I saw you headline at one of Jack N’ Minor’s pick-up shows at Bingo. You were awesome.

Nick: Thanks man. That was a lot of fun. I took the first time, at least in in Richmond, that I was able to do [a set] that long. Over the summer, a friend of mine had booked me to do her show, and she booked me for 30 minutes up in Charlottesville. But that was the first time I’ve gotten to do that amount of time in Richmond. It had been basically a year difference, almost, from when I did the other one to that point. And yeah, it was cool and a lot of fun. I felt like that was just a cool thing to look at, because I recorded it and I looked back at it. The mic went out during my set.

Gabe: Oh yeah. And didn’t you knock over the umbrella?

Nick: Yeah, I knocked over the umbrella. The mic went out. There was a lady who I was talking to in the audience and then found out that she had a dead kid.

Gabe: Oh yeah. That was awkward.

Nick: Everything that could have been like, ‘Oh man, these are hiccups,’ I felt like I still handled it all really well. It was just cool to feel like that element, of trying to get better on stage, was being used too.

Gabe: I remember that lady, and thinking ‘Shit, how’s he gonna get out of this one?’ But then the umbrella was falling and we just moved onto that.

Nick: Yeah. See, that was my thing with that lady. It was nuts, because she wasn’t giving me a lot to work off of, either — which was the funny part. I remember I was asking about people that have kids, and she said that she had kids. And I was like, ‘How many kids do you have?’ And she said, ‘I don’t know.’ And I remember being like, ‘How do you not know? How do you not know how many kids you have? That’s really weird to not know.’ I remember being like, ‘Weren’t you there? Don’t you remember?’ And then I found out the guy that was with her was her son. So, I asked him. I’m like, ‘Are you an only child? Like, how many siblings do you have?’ He was like, ‘Had a brother, but he passed away recently.’ And then I’m like, ‘Oohh, okay. Yep, that makes sense now.’ And then like conveniently, I just have jokes about the fact that my dad passed away. So, I was like, I’m going to just roll into those then, and just go with that.

Gabe: I saw it action and it was wild. It was a great set though. You held your own. So what can you tell me about this show at Sandman on the 24th?

Nick: Yeah, so I have an opportunity to put a show together at Sandman Comedy Club. They basically let me put together a lineup. So, my buddy Nick Hopping, who is from the Richmond area, but moved to DC, and then moved to New York [is headlining]. He’s a New York City Comic. He’s been doing a bunch of stuff. He’s got his own special out on YouTube, he’s got stuff on Amazon that he was in — some special for comics in the DC area. And it worked out there; after I got the date for the show, I was trying to find a headliner, and I was talking to Winston Hodges about it. He told me that our buddy Nick had hit him up, and was asking about places that he could run his hour. It kind of worked out. I was like, ‘Well, I’ll let him do my show,’ with him also being someone from the area. I was pretty excited about it. I’ll be hosting it. And then I have Lucy Bonino, who’s a comic from Richmond. I’ve got her featuring. And then I have a couple of guest spots that I’m pretty stoked on. Mary Jane French, who is another Richmond comic, and then Randolph Washington.

I have them all doing spots on it, just because it’s not often that people get to work at a club, or get to have fun and be in that setting. And they’re all comics that I really respect. I’ve gotten to work with each of them multiple times and I’m pretty excited about it. The lineup is super good. You know, even if I wasn’t putting the show together, that’s a lineup that I would go see.

You heard it there, folks. Nick is putting together a night of killer local comedy and you got to go see it. Every time I see him, he kills. He might even knock over an umbrella. As discussed above, on Sunday, October 24th, you can catch Nick Hopping headlining at Sandman Comedy Club, with Lucy Bonino featuring, Nick Deez hosting, and don’t forget about guest spots from Mary Jane French and Randolph Washington. The show starts at 6pm, so be sure to arrive an hour early for food and beverages. Tickets are available at Sandman Comedy Club’s website.