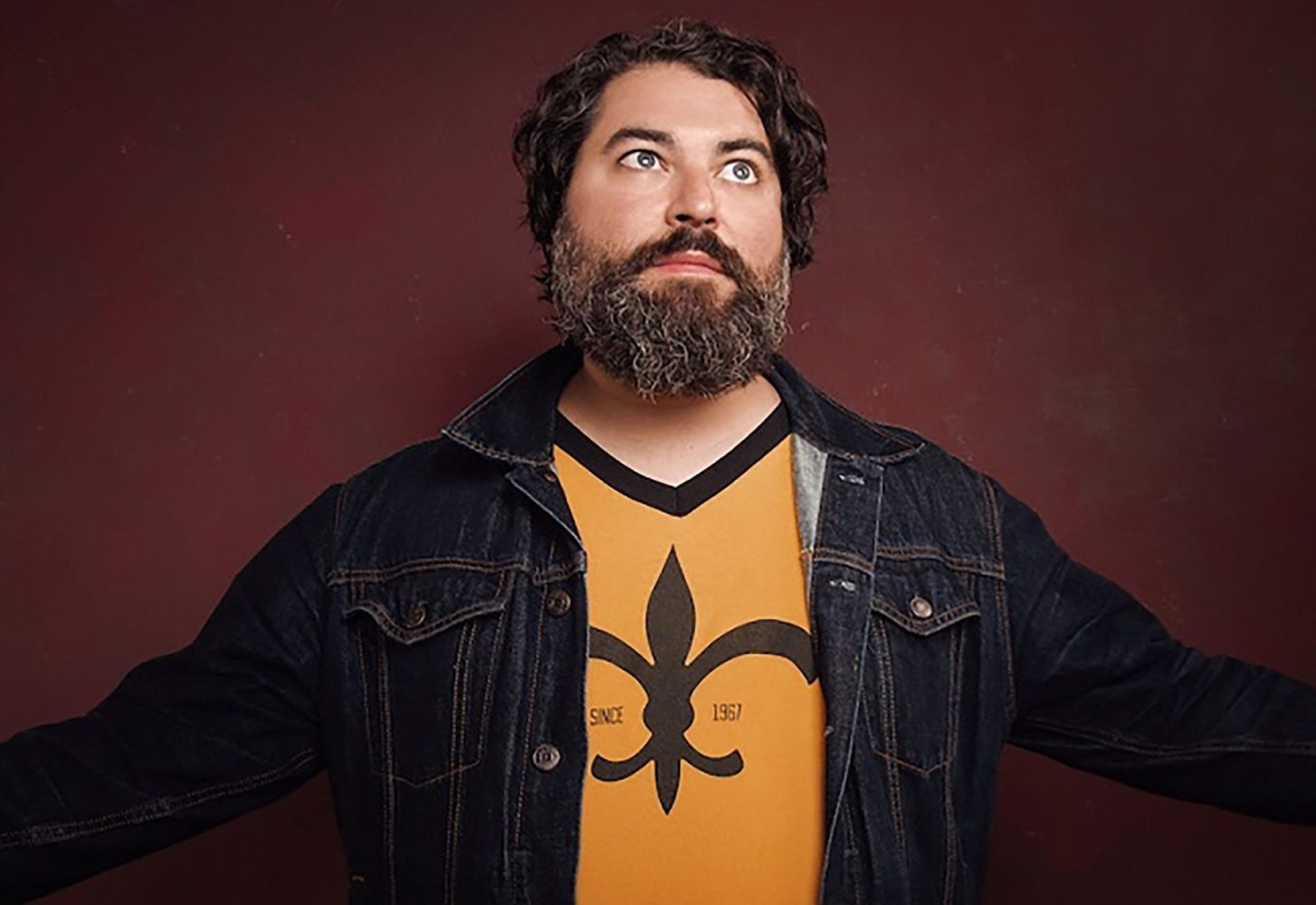 Hello readers! This week I had the opportunity to speak with comedian Sean Patton. A New Orleans native, Patton has made a name for himself in the New York City comedy scene through touring and working with fellow comedians in the podcast world. In the past year and a half, he has been constantly on the road, releasing two comedy specials, King Scorpio and his latest, Number One, which is available for streaming on Peacock.

Additionally, this weekend, he will be performing five sets at Sandman Comedy Club. During our conversation, we discussed his new special, his appearance on The Tonight Show with Jimmy Fallon, and his choice for who should play Ignatius J. Riley in a movie adaptation.

Thanks for joining us today, Sean, and congratulations on your new special, Number One.

Go check it out people. Streaming now on Peacock. Go watch it now and then coming back and read this interview. Subscribe to the ‘premium cock’ Peacock.

Yes, Peacock. I guess people in Canada and the UK might have to wait a few months BUT everyone in the US can see it now.

Well, I’m pretty sure everyone reading this will be in the states. So glad you could do this. You’re one of the best of the best and you’ve had a big couple of years. Did your previous special, King Scorpio, come out in 2022 or the very end of 2021?

That was originally an album. We recorded in August of 2021 at Helium Comedy Club in Portland. And then I released the album on Christmas Day of 2021. But a friend of mine, who is a director, was in town with his director of photography and they wanted to hang out. And they were just like, “what if we just shot it?”. And I was like “sure”. And eight months went by and he was like “what if we just released like DIY special?” And so, we put it out and it’s been great.

That’s awesome. These two specials were released pretty close together. Was there any overlap in material between the two?

You definitely know how to build on jokes. Some comedians are in and out of a bit quick and move on to the next one quickly. Whereas you – you killed like six minutes on the phrase ‘go fuck yourself’.

[laughs] I love that and I find it entertaining. I think part of being a good comedian is also making yourself laugh. You have to enjoy what you’re saying on stage too. Even if it’s painful. Even if it’s awkward, you still gotta love saying it. Believe me. There are times when I’m envious of my comrades and colleagues who are good at writing those minute and half in-and-out bits. They can get in and out. So if something works, boom, onto the next thing. If it doesn’t work, boom, onto the next thing. Believe you, me. I’ve had those times where I’m two minutes into what I know is a longer bit, and I’m like ‘oh boy, I hope they come around cause they are not into at the moment’. But then, sometimes they do come around and it’s worth it. And it’s fun.

Definitely. I recently saw your appearance on The Tonight Show with Jimmy Fallon. What was that experience like, especially since you got to be on the couch this time around instead of doing a set?

Yeah, I mean the couch is totally different. When you’re doing set, you know – doing a set on late night is stressful sometimes at times. You’re getting notes from the bookers and studios and you’re working that set over and over just to make it perfect. Anywhere from two weeks to two months or even more sometimes leading up to it. And then you do the set. If it doesn’t go well, it can be weird. If it does go well, you’re like ‘wow’. When you’re doing the couch it’s just a straight up interview. You’re just being yourself and you know what they’re going to ask before. You talk it. I also had Michael [Che] up there with me. So, I felt confident cause he’s funny as hell. So, if anything I did would’ve fallen flat I knew he was right there to pick up any slack I left. And Jimmy, he’s a sweet guy. So, it was just fun. It was just like, let’s enjoy this. Sitting next to a great comic and a great talk show host. It was a very enjoyable experience.

Undoubtedly. Well, Sean, you’re from Louisiana, which is also my home state. I wanted to ask a New Orleans-related question. Are you familiar with A Confederacy of Dunces?

Hypothetically, if that book were to be made into a movie, who do you think could play the lead, Ignatius J. Riley? You can nominate yourself too.

Now, that’s flattering that people ever said that I’d be good. But I’ve read the book numerous times. I am not physically that guy. I’m way too short. I’m way too tiny. There’s a comedian named Ian Karmel. You know who that is?

I’ve never heard of him.

I don’t think he’s tall enough either. I can see it in the face though. I guess you could throw that green hat on him.

The only other comedic actor that I can think could’ve done it is a younger John Goodman.

A younger John Goodman. And that’s kind of what Ian Karmel is. He’s like six foot six. He’s lost a lot of weight but he can gain weight for a part.
I got to look this guy up. Thanks so much for your time. I look forward to the show.
Alright. Thanks buddy. Thanks for doing this.
For those of you who haven’t read A Confederacy of Dunces, I highly recommend it. It has nothing to do with the Civil War. It’s just a hilarious book about 1960’s New Orleans that won a bunch of awards.

But before you do that, I highly recommend you check out Sean Patton’s new special, Number-One, now streaming on Peacock and go him this weekend at Sandman Comedy Club. He’s one of the funniest of all time. Starting Thursday, you can catch performing five shows through Saturday with Alex Castagne featuring as well. You don’t want to miss this. Be sure to show up early for food and beverages.

Tickets can be found at Sandman Comedy Club HERE