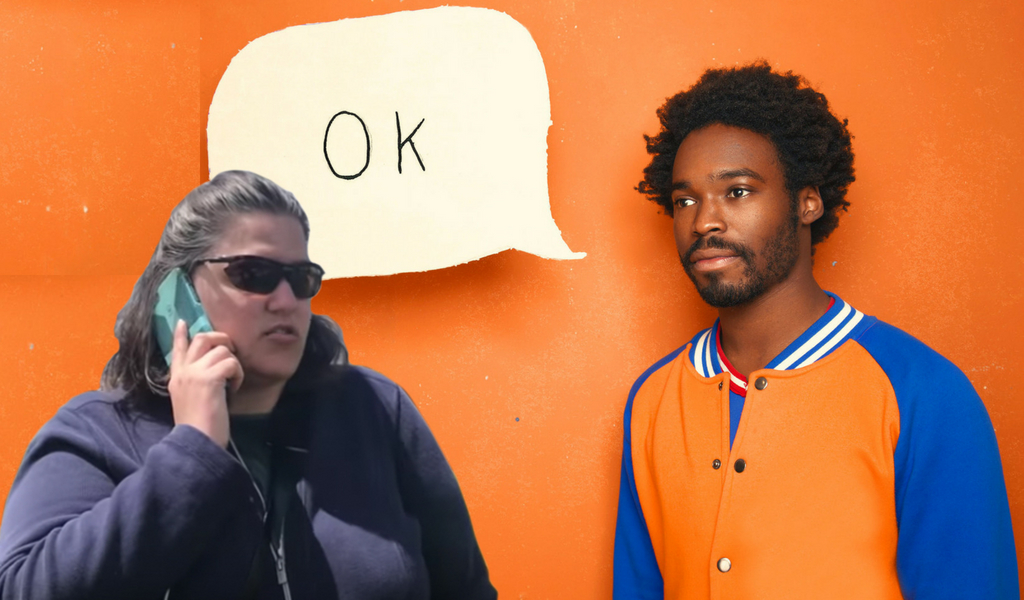 Yedoye Travis Is Tackling Racism, One Podcast at a Time

Imagine Shark Tank, but instead of a better toothbrush, white contestants pitch solutions for racism to a panel of black judges. In the first few episodes, they’ve proposed everything everything from reparations to white slavery and the Rachel Dolezal-linked concept of “transracialism.”

The show is Dark Tank, and it’s just been released by Yedoye Travis on the Brain Machine Network. Travis is a comedian and actor who came to attention for many via a viral tweet about wanting to host “Blue’s Clues” as the next Steve. He was named a “New Face” in comedy at the Montreal Just For Laughs Festival, where he opened for W. Kamau Bell, and has appeared on Comedy Central, on “The Late Show with Stephen Colbert,” and even in a cameo on the dark comedy hit, “Search Party.” 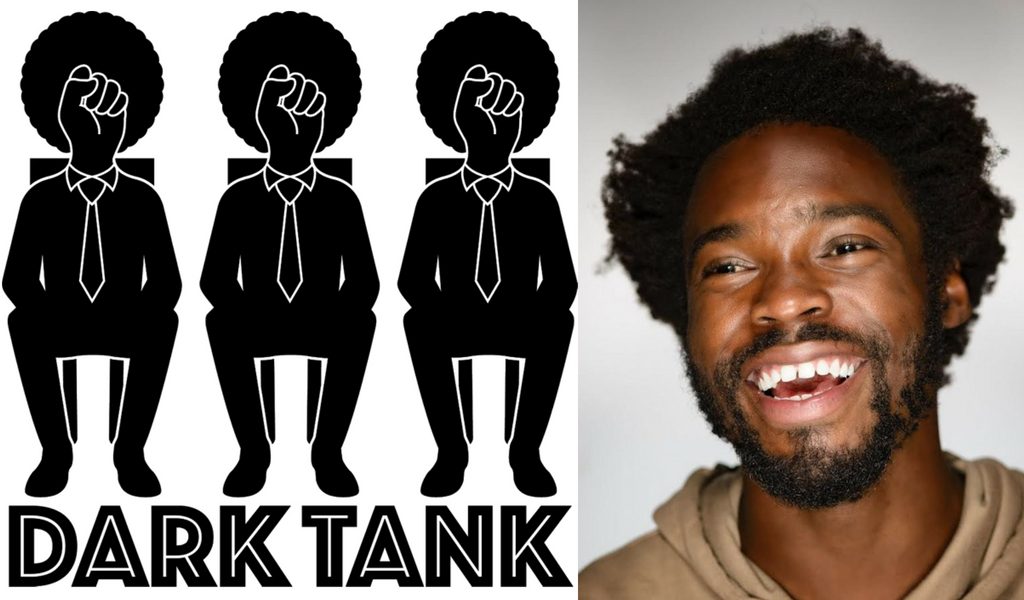 Travis arrived in New York from Atlanta two years ago, and seems destined for a fast ascent to comedy fame. He’s having to adjust a little; when I caught up with him on the phone, he’s just dropped off his mom at the train, and he was running around between TV shoots. With a touch of self-deprecating humor, he said, “Normally I’m just sitting around at home, writing a little bit, and playing a lot of Donkey Kong.”

It’s part of his skillset. Even on the phone, he turns mundane answers into wry jokes, often at his own expense. He was similarly quick-witted when he came up with the Dark Tank concept, which developed after his friend and neighbor, comedian Leif Enoksen, asked him about collaborations. “Enoksen said, ‘you’re someone I want to work with, if you ever have an idea, hit me up’,” Travis recalled. He immediately thought of Shark Tank–a host, a panel of judges, a contestant–and Dark Tank was born.

Although the show is wickedly funny, it’s not light. The conversations cover serious ground. Travis is looking forward to navigating the potential awkwardness. “I’m excited to see some people really have to stretch when they know that black people are staring them right in the face,” he said.

In the first episodes released, Travis is kind to the contestants, although completely honest about the flaws and weaknesses of their solutions. As on his debut album, “Ok,” Travis addresses racism and racial issues on the show with a nuance and slightly-barbed wit that produces both laughter and discomfort in equal measures. 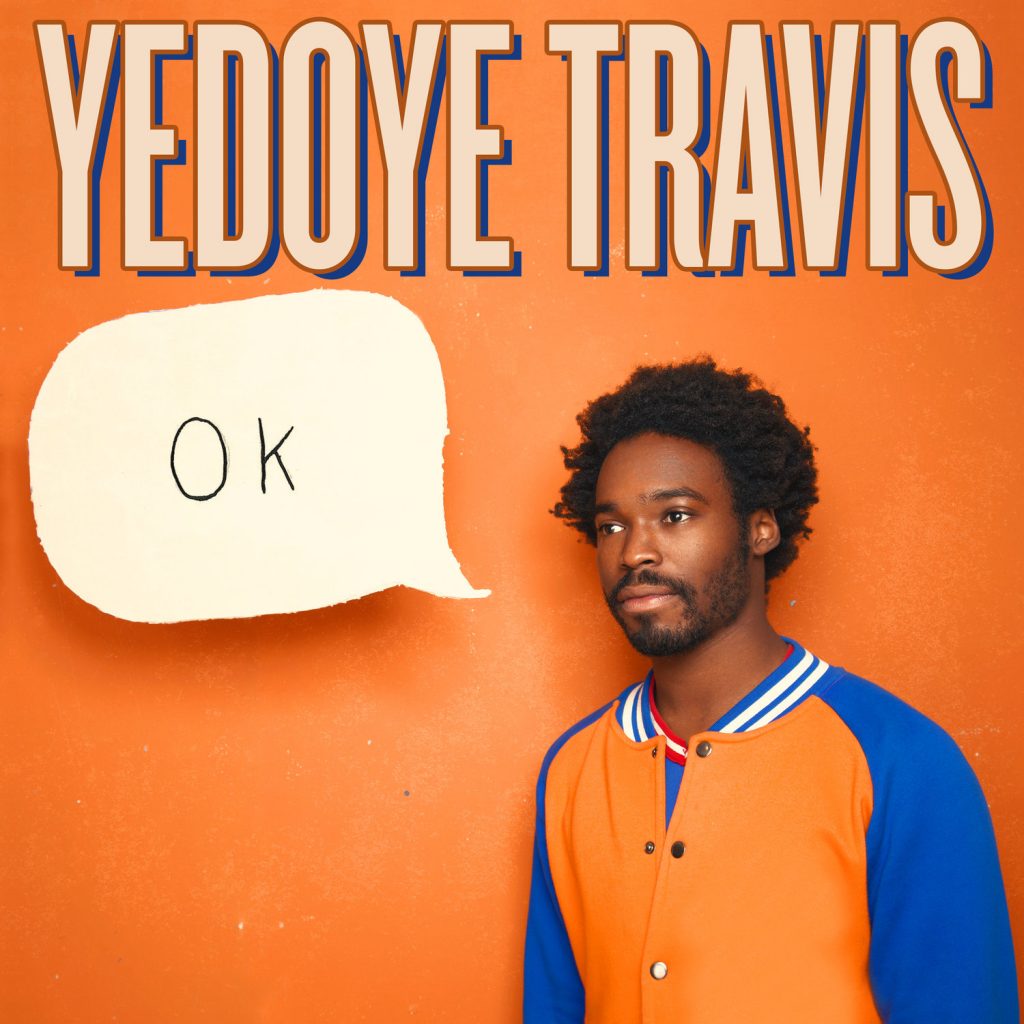 In one early episode, a contestant suggests white couples be required to adopt black babies, or that science finds a way to make white babies black; although the panel starts with laughter, things turn serious as they discuss Rachel Dolezal, the woman who claimed to be black while working for the NAACP. The humor doesn’t stop, but it’s a deeply revealing moment of radio that lays bare the pain and trauma many people of color feel around Dolezal’s appropriation of their identity.

The show is recorded by Enoksen in his bedroom, which he described as “a recording studio with a bed in it.” Before turning his apartment into a studio, he used to lug 60 pounds of recording gear around in a backpack. His approach to Travis came even before he’d had the idea for the Brain Machine Network, which now hosts nearly a dozen podcasts. “He was someone I approached well before there was any talk of the podcast,” Enoksen said. “When I heard his idea, I said, that needs to happen immediately.”

Getting white people to share their views on racism in front of a microphone, especially in what many might see as a difficult political climate, was something Travis thought would be “labor intensive.” It was not. “They message me. Everyone’s seemed very eager to see if they can handle it,” he said. He did invite some people; they all accepted. Deadpan, he added, “Maybe white guys just have immense confidence that I don’t understand.”

White slavery was proposed way earlier than I thought it would be.

Other surprises came from the suggested solutions. “White slavery was proposed way earlier than I thought it would be,” he said. “I thought it’d be at least a few months in, but no, third episode.”

While he loves all of the podcasts he produces, Enoksen says Dark Tank is something special and different. “It’s just so good. When you’re recording a lot, you sometimes miss the jokes because you’re so busy. But with this, I was rolling in laughter the entire time. You can’t ignore it, it’s amazing.” 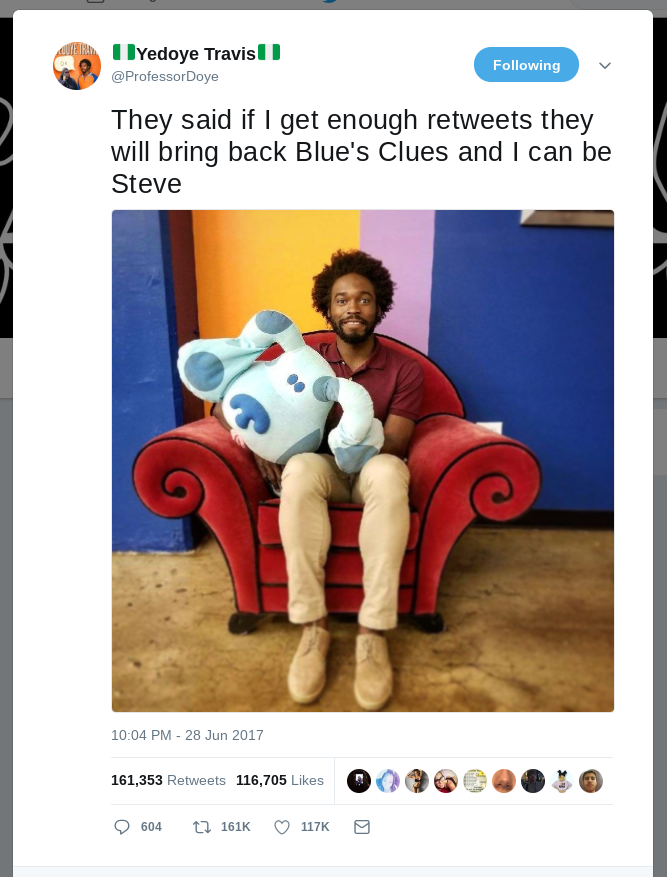 Nickelodeon said no to this

Travis said he’s planning to pitch Dark Tank to network TV, but reluctantly, admits that we probably won’t see him earn “that Nickelodeon money” hosting “Blue’s Clues” as Steve. “I’ve been so anxious about having to say this, but I don’t think I’m going to be Steve at this point. Most of my Twitter followers started following me after that saga, and I’ve been worried they’ll abandon me when I say I’m not going to be Steve,” he said.

While he won’t be the next Steve, he’s confident that his efforts might have helped steer Nickelodeon to pick an Eve. He said, “They almost exclusively interviewed black women from what I saw, so I think I at least pushed the needle in a good direction.”

And, even if his Twitter followers drop, he’s going to keep tweeting.

“It’s like the prewriting stages for me. I have a thought, I put it out there,” he said. Is it his writer’s room, I asked? “No. It’s like, I don’t want to say this to another comedian yet, but I’ll say it to the whole world first. It’s the dumbest writer’s room, I guess. Most of it is just dog shit.”

One man’s dog shit is another man’s comedy gold. I note that he’s followed by the New Yorker’s comedy section, Shouts and Murmurs. “They gave me a standing offer to write something for them. I guess, if they’re reading RVA Mag, they should know that I’m working on a good one.”

Dark Tank has just been released on the Brain Machine Network. Episodes are available on iTunes, Spotify, and coming soon to Stitcher. Travis says that bold people who have ideas for solving racism can reach him at [email protected]ail.com. Collage image inspired by Yedoye Travis’ Twitter profile.