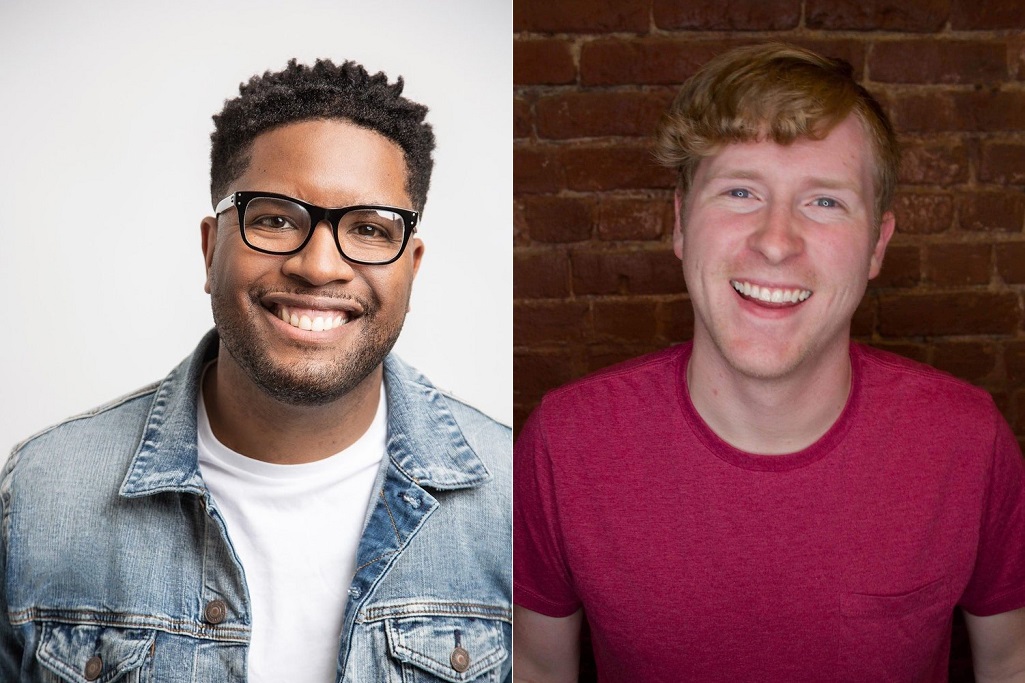 You Don’t Know What Side I’m On: An Interview With Chris Alan & Winston Hodges

We’ve got a real treat for you this week: Chris Alan and Winston Hodges are some hardworking comics who have made some real moves over the years. Both are heavy hitters in the DC comedy scene, and have also gained attention around the country for their solid work. I got to do a Zoom meeting with both of them at the same time and talk about the DC comedy scene, bad sex, their podcast, and hair. We talked longer than I expected and there’s no way I can fit everything in, but here’s at least some of our conversation.

Gabe: Winston, where are you based out of?

Winston: I’m based out of DC now, but I was in Richmond for about for about five years.

Gabe: Is DC the hottest area for comedy in the DMV area?

Winston: Yeah. That’s where all the best comics are in the area. People from Baltimore come down. The DC, Northern Virginia, that part of Maryland area is about as hot as it gets in this area for stand-up. A lot of good, smart comics. The clubs are opening back up, outside of the DC Draft House. But I’m pretty sure they’re going to open in a different location. I think they’re more like, ‘Well, we don’t know how long this pandemic is gonna last, so why don’t we just let this lease expire and open up somewhere else.’ But The Improv is opening back up, and they have been doing shows through the pandemic. And there are a lot of good independent shows going on.

Right now, what you’re not getting in DC is there’s not a lot of open mics.  I guess they’re still making sure that we don’t go back and they have to cancel shows again. But right now, it’s mostly showcases and headliner shows. I’m hoping in the next couple of months, the open mic scene will come back, because you used to be able to go and do five or six sets in a weekend. Right now, it’s like… you can maybe do one or two a night on the weekend, if you’re locked in and able to make it to all the shows.

Chris: Like Winston said, DC is the spot to be. DC’s got the DC Loft and others. And there’s so many great local promoters. Underground Comedy, Cry Baby Comedy, Capital Laughs, and our buddy Martin Amini runs Overachievers Comedy. He does a lot of shows as well. There’s a lot of established producers and a lot of up-and-coming people. So I love DC, and I tell a lot of comics who are younger and want to go to New York, ‘Hey, you should check out DC for a couple of years, just to get your feet wet.’ It’s an expensive area. There’s a ton of mics you can get on. Before you take that deep, deep plunge, I suggest a lot people to come to DC.

It’s a great scene. You have all the levels. You’ve got people that just started out, you’ve got others that are more seasoned, then you have those producers that you really want to work with, for what people would say, in that scene, the veteran comics. People [who’ve been involved for] over five years who have worked clubs, who may do work on the road. There are definitely levels and goals that comics can work to achieve in DC. And the fact that it’s so close to Philly, to Baltimore, and it’s a pretty short train ride to New York City… you can’t really beat it. Last thing I’ll say is the fact that New York dudes love coming down to DC, so you get to see some of the best up-and-coming hottest comics in the country without going all the way up to New York and trying to find out where Mark Normand is going to be, or Joe List. Michael Che even comes to DC and does bar shows and shit.

Gabe: Chris, I’ve been watching your comedy and I notice you like to slip some sex in there.

Chris: All the time.

Gabe: All the time. Why do you think bad sex is funnier than good sex?

Chris: I just think bad and weird or awkward situations at the moment aren’t funnier but are just better stories. [Everyone laughs] I’ll be an open book here. The first time my wife and I ever had sex, it was the worst sex I ever had in my life. I remember during the act I was like ‘I will never sleep with this woman again. This is so bad.’ It was unenjoyable. She didn’t seem like she enjoyed it. And literally the next day I was like, ‘Why am I having sex with this woman again? It was bad last time.’ She seemed like she hated it. And after that, we’ve been married for sixteen years. It was bad though.

Gabe: [Laughs] Well don’t judge a book by your first sexual experience with it?

Gabe: Winston, I saw you host for Joe Larson at Sandman Comedy Club. I noticed you’re very confident and have good mic control. Also, I noticed your hair. What is that do called?

Winston: I have no clue. All I know is my girlfriend definitely wants me to get it cut.

Winston: You don’t know what side I’m on.

Winston: You know I have a strong opinion on the monuments, but you just don’t know what it is.

Chris: But then you see how tight his jeans are and are just like ‘this guy.’

Gabe: You guys have a podcast, right?

Winston: Host Battle Podcast. Check it out. It’s me and Chris. We talk about literally everything. Food, race, religion, basketball —

Chris: — relationships, sneakers, social stuff, what’s going on in comedy. Stuff like that. Whenever we get back on the road, we’ll talk about our weekends or shows we did, stuff that went on. We try to be honest and open, and try to talk about everything.

Winston: It’s great. Check it out if you want to get to know us better.

Gabe: Got anything you want to say to the people in RVA before the show?

Chris: Make sure you come out July 1st through the 3rd. I’m headlining Sandman Comedy Club. Winston is featuring. It’s going to be fun. Come out have good time. If you smoke weed, come high. Let’s all have a good laugh.

It was awesome talking with Chris and Winston. You can tell they really go back, work together, and know how to bounce off each other. You can catch Chris Alan headlining Sandman Comedy Club for five shows starting Thursday, with Winston Hodges featuring. The two of them might have something special planned for some Richmond shows this weekend, too. You don’t want to miss this. Be sure to show up an hour early for food and beverages. Tickets are available at Sandman Comedy Club.