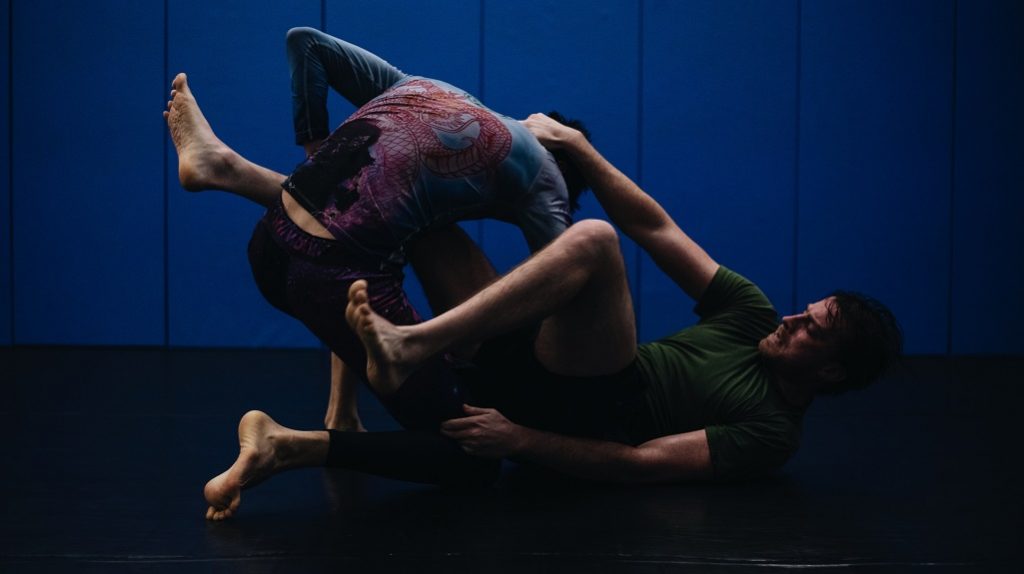 As long as there’s been civilization, individuals have waged war. In Egypt: 3400-year-old paintings hang, detailed with ancient grappling techniques from early societies. Fifteen hundred years later, a Minoan painter depicts the youth boxing on a clay wine basin. To this day, instruction manuals survive from the Vikings, laying out battle plans for soldiers who’ve lost their weapons and shields.

Nowadays, practitioners of the martial arts are versed in methods like boxing, Judo, Brazilian Jiu Jitsu, Muay Thai, wrestling, Judo — among many others, the art of waging war is still very much alive. For those who practice the physical arts for pleasure, the age of information often creates its own barriers, making it difficult to know where to begin.

A martial art you’ll frequently encounter in the American landscape is Brazilian Jiu Jitsu. All the rage in the modern U.S. martial arts world, it took the country by storm decades ago, thanks to the Gracie family who brought the art north from Brazil. Its popularity has increased in North America, in part, due to celebrity practitioners like Joe Rogan and the late Anthony Bourdain. 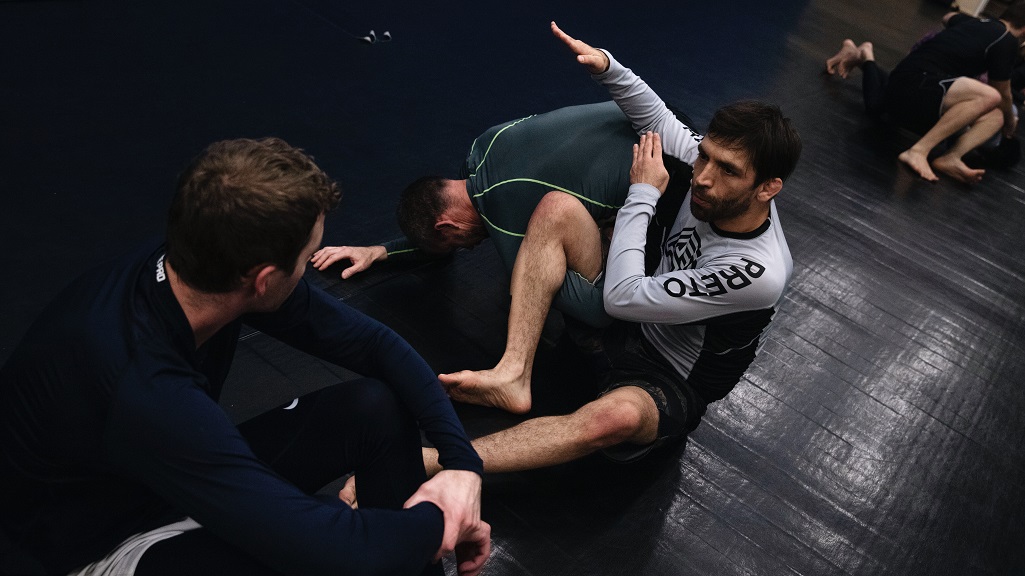 Brazilian Jiu Jitsu has also taken off in recent years thanks to its accessibility. “It’s something that anyone can do,” said Seph Smith, proprietor of Richmond studio Upstream BJJ. “You don’t even need to get in shape first — you can do that here. Anyone who can get off the couch and come to class can use Brazilian Jiu Jitsu as a tool to change their lives.”

According to Smith, Brazilian Jiu Jitsu came to Richmond in the mid-90’s. It was first practiced locally at the American Karate Center, which is still going strong after 25 years. It’s run now, as it has always been, by Gary Miles. In the decade’s earlier years, Miles spent time working with the Machado and Gracie families, who were instrumental to the process of bringing the art to the United States. He was a part of the first group of teachers here in Virginia’s capital.

“There was this room in the Franklin St. Gym that everybody in the Jiu-Jitsu scene would go to,” says Smith. “It had a padded floor and was used for dance classes most of the week, but they had an open mat once a week that we would all go to and learn.” 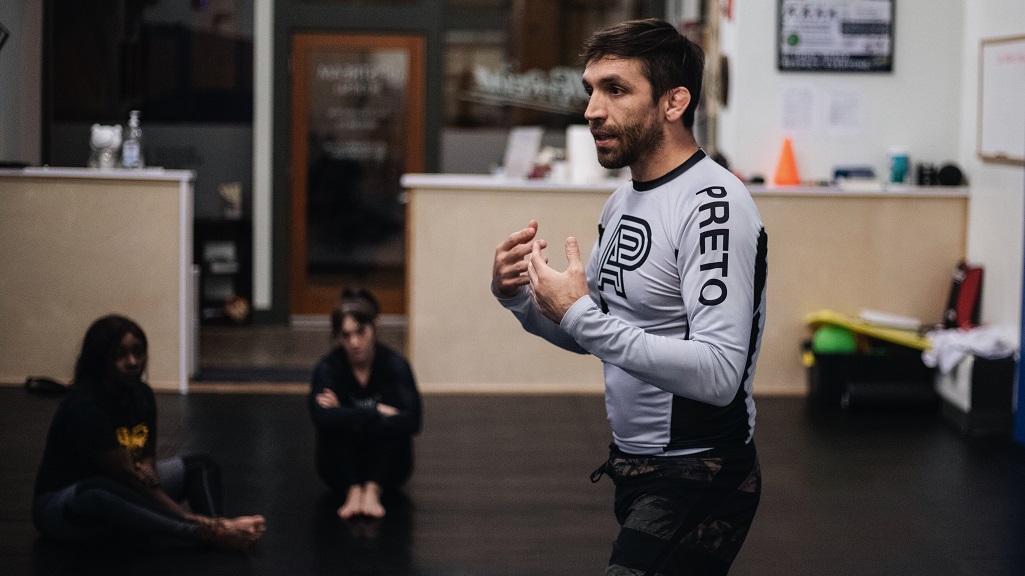 Unfortunately, not every gym has the best intentions for its students. In America, there are few repercussions for setting up a gym without proper experience and training. It’s prudent to be vigilant when figuring out which martial art you’re going to do, and the rise of dubious or suspect gyms is so common that they’ve given rise to the term “bullshido.” While it can be difficult for an inexperienced practitioner to tell if something fishy is going on, there are signs to watch out for.

If a gym doesn’t do some form of live-sparring, it’s likely “bullshido.” Watch out for programs that market themselves as “self defense” schools only, as you won’t have to replicate a live combat situation via sparring. Practitioners of Brazilian Jiu Jitsu usually begin sparring in their first class, as long as they’re comfortable doing so.

Look for instructors who have documented backgrounds in competition — these are the best teachers to ensure the techniques students learn have been tried and tested. Smith’s gym has a familiar air about it, and most practitioners under his guidance are there learning several times per week. Women and men alike are both invited to train alongside each other, and equality is encouraged in doing the same principles and skills.

Classes usually begin with students clustered together in groups, filled with laughs and a closeness that demonstrate an easy, collegial air. As the time moves on, groups are split to work in pairs of two, and the only chatter in the room is related to learning each technique at-hand. The work is intense, and students are focused: There’s something transformative in the experience, and everyone working together to accomplish tasks brings the team together as parts of a whole, rather than singular components.

Smith is quick to point out that this isn’t an accident. “Our gym is full of people from diverse backgrounds. We have doctors, mechanics, high-school weed dealers,” he laughs. 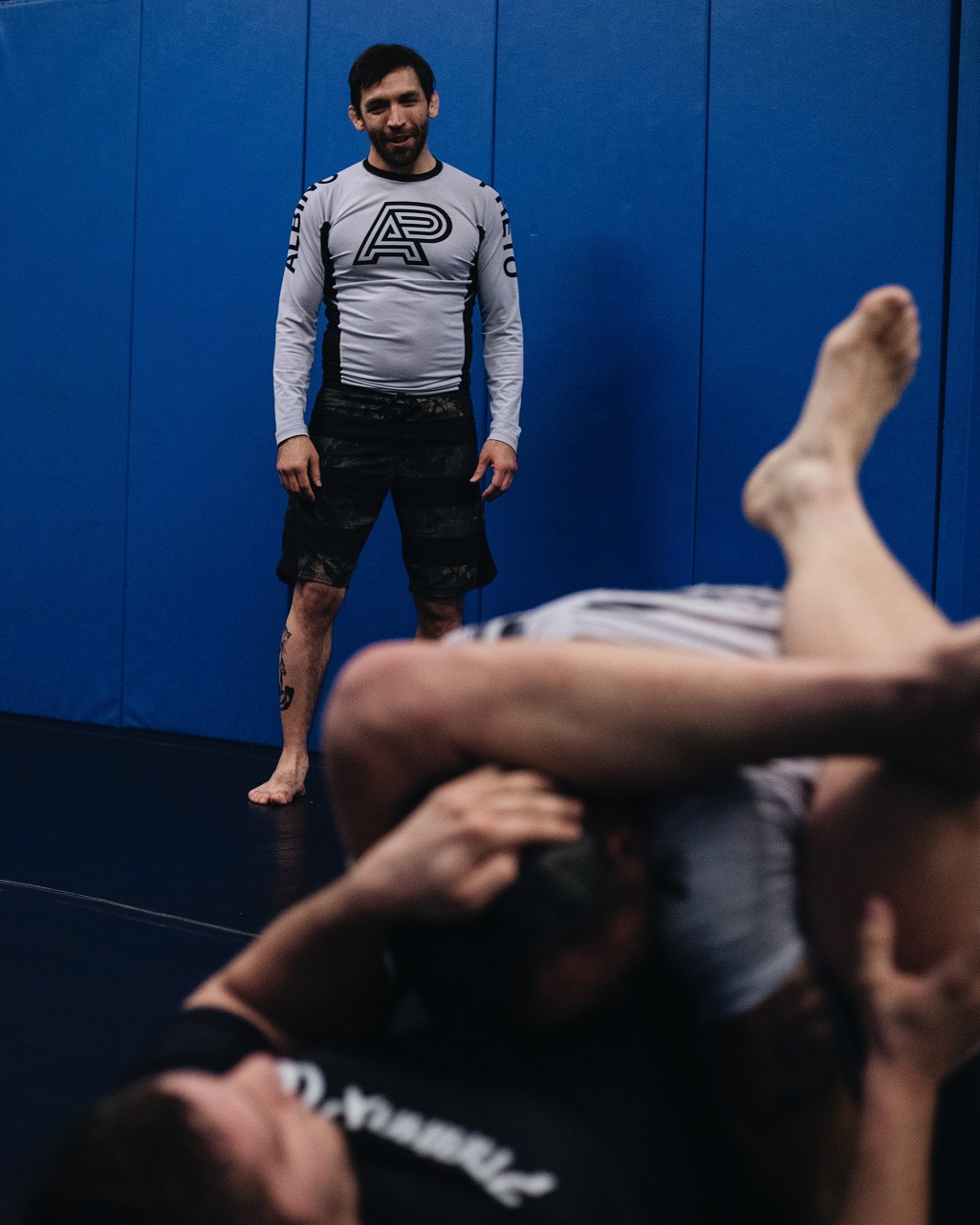 “It doesn’t matter who you are outside of class,” he says. “What matters is who you are while you’re here; everyone is welcome to come and better themselves. I want this gym to be welcoming to everyone. We all wear the same gi, and in that sense, we are equal — a group of people working on improving ourselves.”

In recent years, Brazilian Jiu Jitsu has intertwined itself in American culture. Waging war may be where martial arts began, but it isn’t the only application. Springing forth from the Japanese concept of Budo, “the martial way,” there are gyms in cities all over America where teachers attempt to instill values of respect, discipline, and competence on their students. Brazilian Jiu Jitsu and other martial arts instill healthy values that students can apply to their lives, and something in the activity fills a spiritual or psychological need that day to day life; one that modern society might lack.

However, for students interested in getting a positive martial arts training experience, there are several excellent options in addition to Brazilian Jiu Jitsu. Wrestling brings in experience with making takedowns in street clothes, and Judo offers more on takedowns in a gi. Another form of the physical arts comes with Thai boxing, which incorporates strikes all the way from prospects’ legs, elbows, and knees in addition to more traditional fist-fighting.

Most importantly, for any martial arts practitioner, the goal is just to keep going. In Brazilian Jiu Jitsu, we all have a saying: A black belt is just a white belt who never quit.