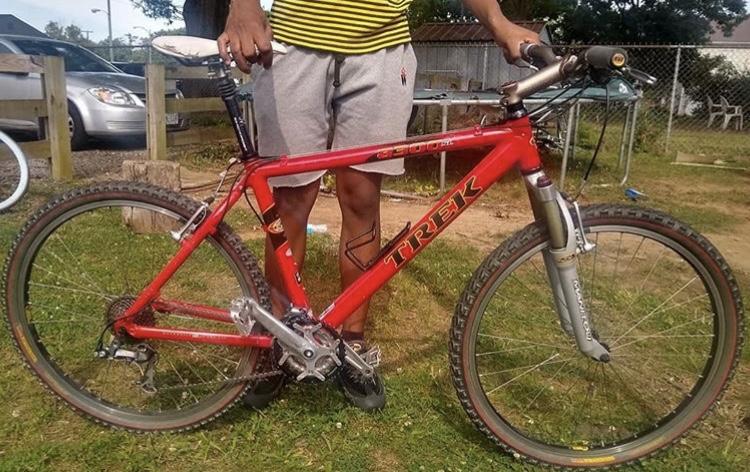 Biking in Richmond represents an alluring community, a resourceful way to get around, and a way to fight for social justice. For Mati McCann and Emma Troy, helping other bikers is one way to support local communities and participate in the Black Lives Matter movement.

When the everyday reality of the coronavirus pandemic set in over the spring and summer, many people took to the outdoors to exercise, escape, and — after Minneapolis police murdered George Floyd in late May and Black Lives Matter protests sprung up worldwide — organize for justice. Nationally, bike shops have seen the evidence that more people are buying bikes, looking for parts, and cycling on a daily or weekly basis. Richmond bike mechanics Emma Troy and Mati McCann have noticed the same enthusiasm in the Richmond biking community — and want to increase accessibility to the activity.

McCann, a mechanic and volunteer for Richmond-based bicycle cooperative Rag & Bones, has been building bikes with recycled parts for the co-op, as well as for kids in her neighborhood who don’t have access to new bikes. Now, McCann and Troy, a bicycle mechanic for Carytown Bicycle Co., have set up a GoFundMe to help with financing the builds and buying high-quality locks. They’ve been collecting donations throughout August, and their campaign remains open. Money has long been an issue in the biking community — McCann said her and Troy’s efforts began as a way to increase access amongst people who may feel excluded from the sport, long dominated by more affluent white male cyclists.

“It honestly took off from there, to be a bike build for anyone who was not a white cis man,” McCann said. “That is the most prevalent person in the bike community, and most bike mechanics are white cis men. They just have more access, because they’re represented and given these opportunities.”

McCann uses a sliding pay scale for her builds. She might sell a bike for $80 or $100, or a bit more if the build is intricate — still much lower than any bike shop would charge. If the patron can afford to cover the cost of the parts, or make a small donation to Rag & Bones, that helps to keep the project going. Bikes are free for kids.

“Middle class families, more wealthy families can afford to provide these opportunities for their children,” McCann said. “In the United States, it’s due to systemic racism that certain families have access to miscellaneous income and other families don’t.”

Addressing systemic racism and its effects on the biking community, as well as how the biking community can and should participate in social justice initiatives, are issues McCann and other education and community-oriented cyclists have gravitated towards. McCann has long been an advocate for Women, Trans, and Femme (WTF) people who want to get into biking. In pre-pandemic times, McCann enjoyed volunteering at Rag & Bones’ open hours for WTF cyclists. This non-intimidating, accepting space could also serve as a way for protesters to get service for their bikes and feel welcome. So when volunteers set up at Marcus-David Peters Circle on several Thursdays for anyone to request repairs, it felt like a logical next step. McCann said the project, while not overrun with cyclists in need, did see attendance from a good number of people.

“A lot of people were bike protesting,” McCann said. “It was super fun to see all the bikes out, but obviously bikes need maintenance. It was a simple way to help in any sort of capacity. I feel like a lot of people at that point in time wanted to be involved, to contribute in some way. That was a skill that me and a few other WTF bike mechanics around Richmond had and wanted to provide the space.”

Bikes have long been used as important resources during protests. Protesters can use bikes to block traffic, shield walkers from cars, and navigate areas quickly. Beyond that, McCann said, the community aspect of bike protesting is clear — but it’s not uncomplicated.

“Richmond has a very strong bike presence, so it was very cool to see a lot of bikers coming together and clearing the roads,” McCann said. “There’s something to be said about the privilege that comes with that too — because you can just flee, while protest leaders are being arrested … you can escape. That’s something you have to balance out, to make an effort to walk sometimes … and be there on the ground with them as well.”

As protests and the pandemic continue, the popularity of biking and discourse within biking communities does not seem to be slowing down. While the bike builds and lock fundraising efforts are fledgling, efforts to expand access to bikes have formed new bonds for McMann.

“I know these boys, I know the people who are receiving the bikes,” McCann said. “There’s an effort to make the bikes really cool … I’d like to establish some sort of lasting relationship. I’ve had some of the boys express interest in learning how to fix their own bikes.”

For now, the pandemic has put a pause on most in-person building and repair projects. The pace is slow, and the effort inherently grassroots. But if more people are engaged and excited to join the community-driven biking movement, the future is bright. 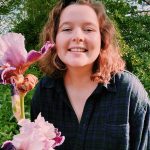 Robin Schwartzkopf is a writer from Richmond, Virginia, currently studying Media Studies and English at the University of Virginia. She enjoys exploring stories about pop culture, the arts, and film. In her free time, Robin loves watching basketball and crafting with her roommates.