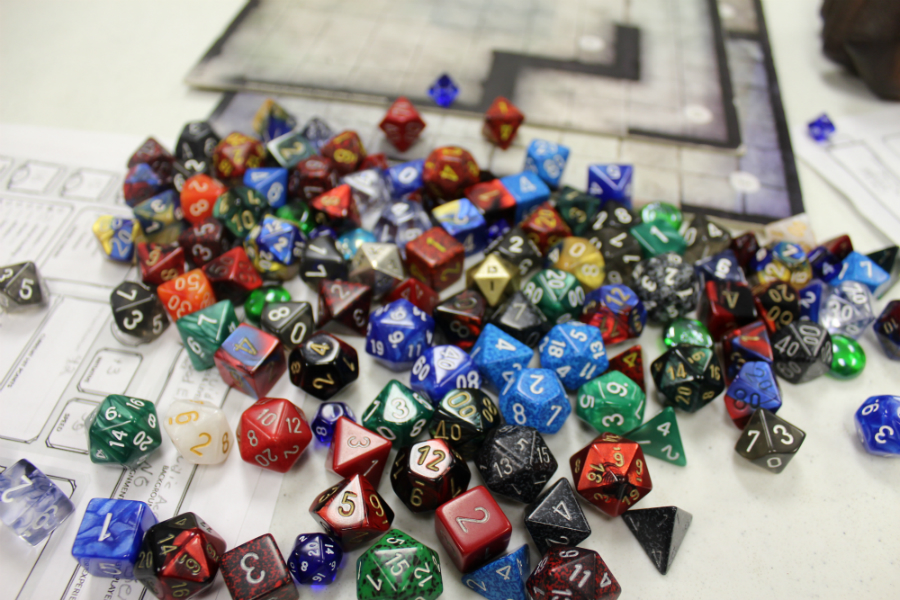 Dungeons & Dragons is No Longer the Strangest Thing

Dragons, Orcs, and Pabst Blue Ribbons, oh my. Dungeons & Dragons is having one hell of a resurgence lately in the River City. From game nights at local breweries, to live shows at comedy theaters, to your coworker organizing a campaign at his gross apartment, the iconic tabletop game — and cornerstone of nerd culture — is making its way back into the pop-culture lexicon at full force.

First published in 1974 by Gary Gygax and Dave Arneson, Dungeons & Dragons is one of the most well known role-playing games of all time. Players follow and create different worlds and missions while a Dungeon Master serves as the overall referee — and usually the winner of a role no one ever wants.

The past two years have been the biggest years for the franchise since its heyday in the 1970’s and 80’s. Netflix’s Stranger Things has featured the game at the forefront of its series, and usually plays a pivotal role in the story line. Other franchises such as the Dan Harmon’s Community, and The McElroy Brothers’ The Adventure Zone also have brought the game into the pop culture lexicon in recent years in their own way.

Specifically in 2017, it is estimated that over 8.6 million people played Dungeons & Dragons, and over 9 million people streamed games on Twitch. Joe Manganiello (best known as Alcide on True Blood, and most recently as Deathstroke in the DC Universe) has been a long time fan and avid player of D&D. Manganiello appeared in a live stream and was an understandable boost to viewership. 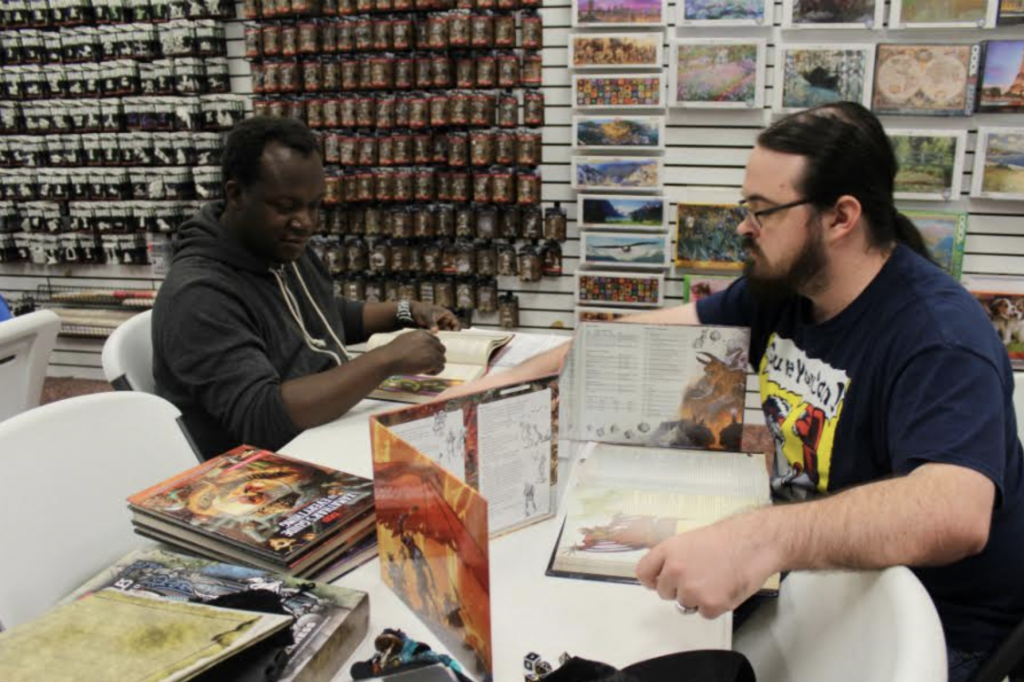 “In 2017 alone, we had more than 7,500 unique broadcasters streaming live play D&D, for more than 475 million minutes watched over the course of the entire year,” Greg Tito, Senior Communications Manager for D&D, told SyFy.com in an interview. “It’s been super popular on streaming, and I think that is a big contributor to the surge in success of D&D and why it’s so present in the public sphere.”

Ever the epicenter of what is cool and hip(ster), Richmond has a plethora of options for both the seasoned and novice D&D player in the room. Richmond’s main gaming hub, One Eyed Jacques, is situated pretty comfortably on W. Cary St. One Eyed Jacques not only has some of the most knowledgeable tabletop gamers in town, but also offers various nights every month — to either learn the game from seasoned players, or just bring your own team into their house to play.

“But Ash! What if I want a nice, hearty IPA while I burn an ogre’s Trader Joe’s to the ground?” Oh, sweet, sweet reader, trust and believe that I’ve got you covered for that as well. While One Eyed Jacques might frown on you bringing a six pack into their establishment, a good handful of breweries and bars have started housing their own D&D nights in town.

Amongst these is Garden Grove Brewing and Urban Winery who hosts their own D&D night every other Tuesday night, and encourage anyone curious in learning the game to come.

After realizing that a bunch of the folks at Garden Grove already play and love D&D, the desire to want to bring a game night to the brewery only felt natural. After seeing that Strangeways hosted their own night, Chris Sarnoski reached out to Goblins and Growlers (who host the game) to see if they could do the same for them. 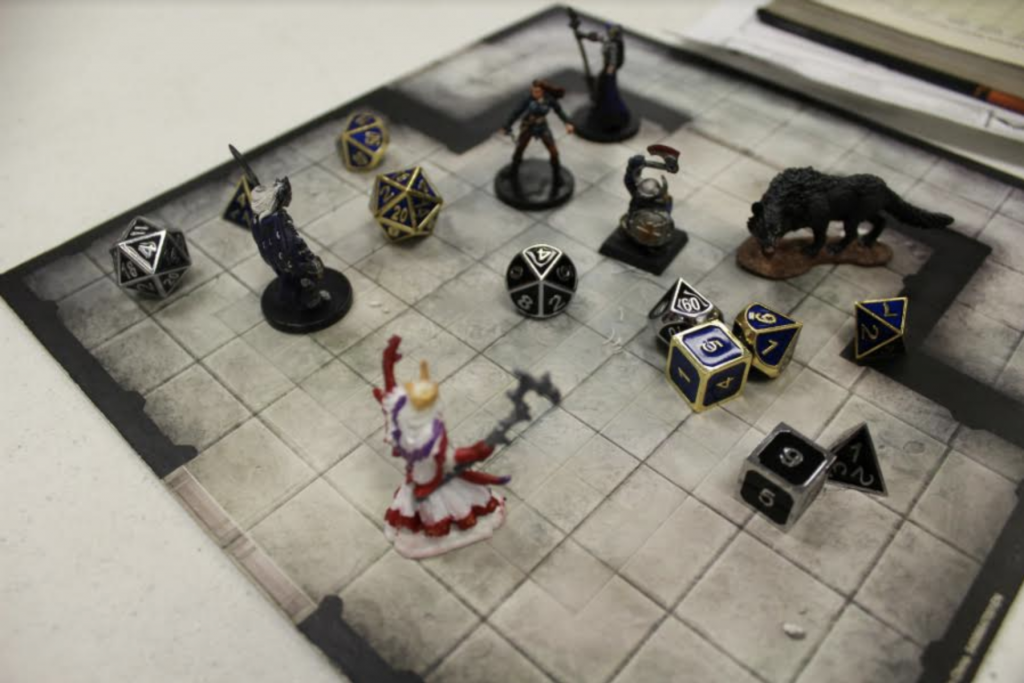 “We always thought that was really cool, that whole community aspect of  folks coming out to play games whether alone or with other people,” said Sarnoski. “We wanted to see if we could take something we were passionate about outside of Garden Grove and do more there.”

Much like other folks in the area who play D&D or who host the nights, Sarnoski has always enjoyed it even if he hasn’t always kept up with it the entire time. So why does he love it so much? Pretty much for the same reasons we all do, just stated a bit more eloquently, honestly.

“It’s kind of like a theater of the mind based role playing game,” said Sarnoski. I love playing video games at home, but it’s really a good chance to write your own story or develop your own character and see what they’re about. It always gives me a chance to disconnect from the daily stress of work and have fun playing and developing a different character.”

Even though it’s hard to ignore that Richmond does tend to hop on any trend involving decompressing and relaxing, especially in ways that remind us of simpler times, it’s still a valid question. Why D&D in Richmond, and why now?

“With a lot of the games I’ve seen pop up in Richmond, they’re low-commitment based opportunities,” said Sarnoski. “They’re drop in, drop out style games. You can show up this week and then miss the next two weeks, and it’s totally okay — whereas a lot of the private style games, if you miss one week, you’re not playing the game anymore. I think we’re a fairly young city, and gaming is definitely a big aspect of this generation for the most part; at least for all the circles I travel through.”

For those who want to get engaged without playing, or kind of just want to watch a game for a mini crash-course? Coalition Theater has your back, and hopefully you even laugh in the process.

Hosted by Adam Stackhouse, The Coalition Theater is home to a series of periodic Dungeons and Dragons live shows called “Roll 4…” and based off of a particular theme. Roll 4 Brunch, Roll 4 Blast Off, and most recently Roll 4 Treats as part of the Nightmare on Broad Street Halloween Series. You get the picture. 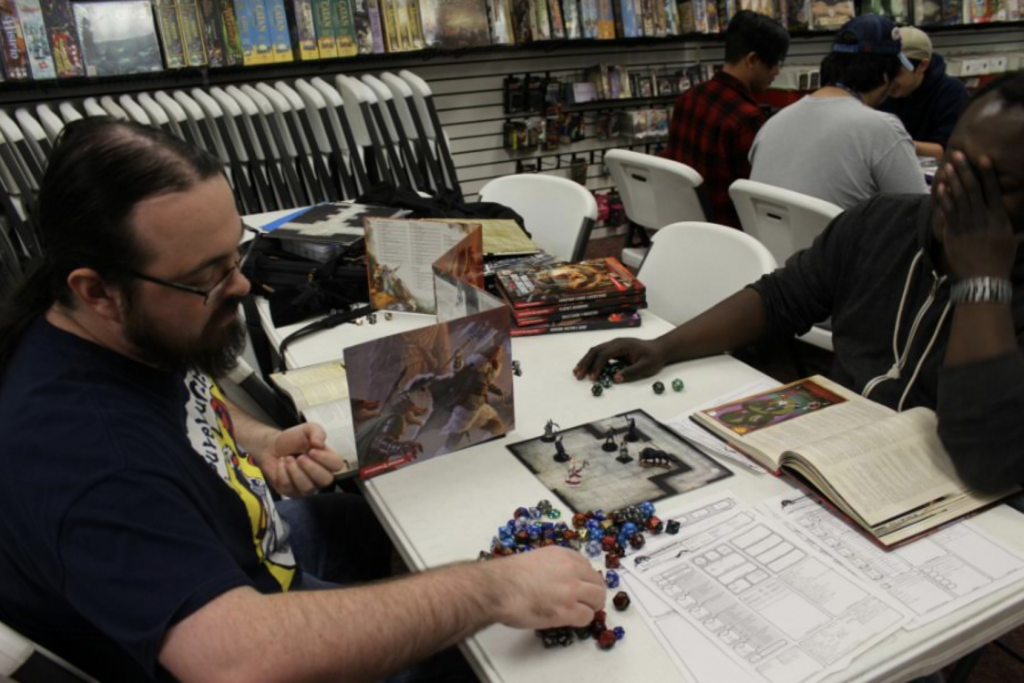 Originally started three years ago, after branching off of a Richmond Famous show (where they usually bring in someone well known in the community and then do improv.), the idea to do a live D&D game came at a natural time. After doing a Richmond Famous show with lawyer Peter Trauernicht, who is a Dungeon Master by night, the time felt right.

“It filled a 10pm slot, but [doing a live D&D show] was something we had also been kicking around, because Dungeons & Dragons unsurprisingly intersects very nicely with elements of improv,” said Stackhouse. “Perhaps two of the nerdiest things in town. Roleplaying, character acting, decision making, and play — I mean, to speak very generically, there are elements of that game that speak to real time comedy.  Playing live, there’s a nice sweet spot between those two things.”

Unsurprisingly, when I asked Adam why he loved D&D so much, he described what also happens to be why people who do improv tend to love doing it as well.

“I think what I like best about it is the room for creativity and collaborative storytelling,” said Stackhouse. “Which is not something you get out of your Scrabbles and your Pictionaries — and that’s not even the core of it. The core of it is making actual adventures with friends, and it’s often funny, and surprising, and it can be dramatic. It allows people to experiment and dive into personalities and ideas that you just can’t in any other form of game or play.”

Naturally, some of the stigma with Dungeons is usually that it’s either difficult to play, or that it is hard to find a group. Neither of these are the case, but it’s understandable to assume. Stackhouse had some advice for folks looking to play.

“That’s the tricky part,” said Stackhouse. “The best experience you can get is find someone who has led up games before and find a DM, and have them lead you into your first game. Like any project, it’s the kind of thing where if you announce it. If you’re really into it and it’s accessible to learn yourself, the starter kits first edition is very good for anyone who has never played before. You can always go to One Eyed Jacques or Battlegrounds.”

So grab your die, grab your dungeon maps and books, grab your snacks of choice, and sling a roll for friendship: because that’s what’s going to happen once you find your new group. As we head into the coldest months of the year, and probably a blizzard or twelve (go global warming!), now is the time to head to your spot of choice and learn just what kind of mage you were truly meant to be. Game on, Richmond.