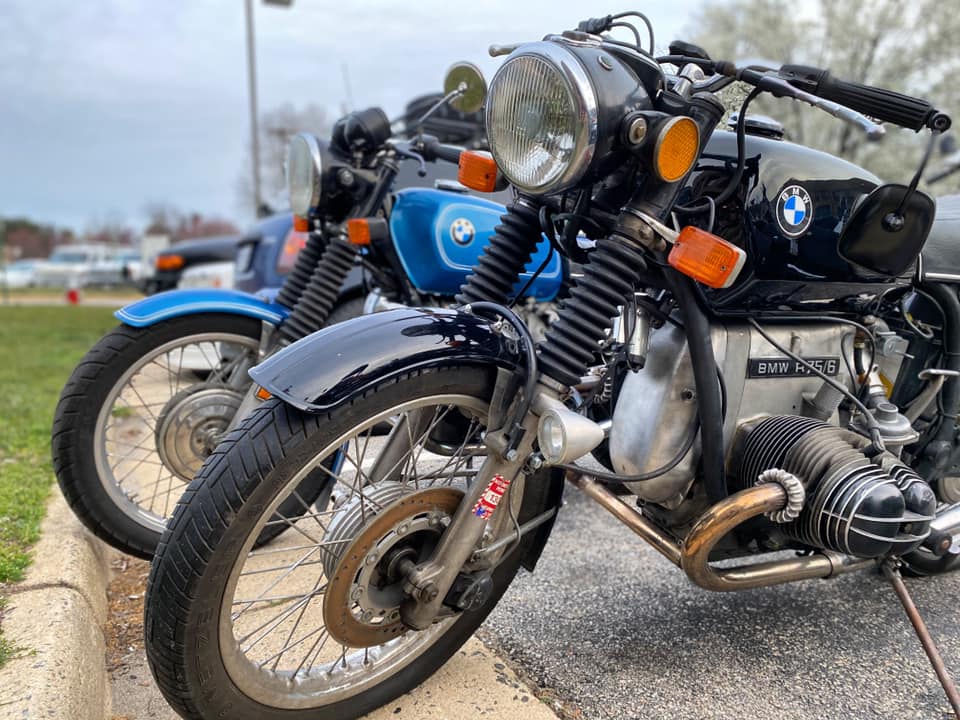 At a time when expensive corporate products are less than hugely popular, Virginia’s motorcycle culture is finding new life in vintage shops around the state.

On a side road in Virginia, the reflective façade of high-rise office buildings breaks into a dusty sun-soaked street, where the sidewalk briefly gives way to a dirt shoulder lined with classic British sports cars and motorbikes, most of which have seen better days.

The source of this transplanted slice of 1970’s British charm radiates out of a nearby shop, British Standard Motors LLC. Here, polished showroom floors and salespeople take a backseat to dust-covered boxes full of motorbike parts and walls covered in photos of friends with their machines, each with a unique story – and someone around to tell them. While titans of motorcycle industry have reported plummeting sales as they scramble to pin down today’s motorcycle culture, that culture intuitively exists here.

Is the disinterest of younger generations sending motorcycles to an overdue grave? “Not quite,” said Mick Webb, director of operations at BSM. “They’re just not buying $20,000 Harleys.”

John Esposito, cofounder of Bikes and Breakfast, seems to agree. “Younger generations have a good turnout at Bikes and Breakfast,” he said. The monthly meet up at The Main Street Pub in Clifton, VA regularly attracts hundreds of riders and enthusiasts across all age groups.

“People don’t have the money for bikes that cost that much,” said Brian Audet, owner of Urban East, a local motorcycle shop in Lorton, VA. When Audet opened his motorcycle shop in 2016, he thought a car lift might come in handy to help make ends meet while waiting for cyclists needing repairs. However, now it collects dust. “There’s plenty of bike work,” said Audet.

Audet, who handles a lot of vintage motorcycles, says the style is changing. “It’s moving towards café racers and scramblers,” he said. “That style already exists in a lot of vintage bikes, and, when you can find that in an older Honda on Craigslist for a few grand, it helps out with cost too.”

Resorting to the used market doesn’t require financing to find quality either, yet another shot at today’s big manufacturers.

“What was cheap 30 years ago, that they made loads of, and had the quality to withstand getting put in a shed for a few decades?” said Webb. “How many of those are around – that’s the next thing.”

A redefining of the fundamental value of freedom that initially put big motorcycle manufacturers in the cultural driver’s seat might shed some light on their demise as well. Randy Borchetta, sales manager at Patriot Harley-Davidson in Fairfax, VA and a 17-year veteran of the industry, says the taste for adventure is dwindling in younger generations. “Yeah, they’ll go out for events, they’ll go out for dinner and things like that,” he said, but “more and more of the younger generation spends time indoors on their computers, on their cell phones. It makes life a little different.”

Freedom, once a mobilizing idea, may no longer be in the spirit of adventure. For many, urban traffic provides more than enough incentive to avoid the burden of driving and owning a car. “Sure, it’s bad, but I can walk everywhere I want to go,” a DC customer recently told Borchetta. For some, freedom now means freedom from instead of freedom to.

However unfortunate their position as they lose revenue share, big manufacturers aren’t the innocent victims of a changing lifestyle.

“Dealerships have lost their personalities,” said Esposito, describing the results of car dealership owners buying up motorcycle dealers in northern Virginia. “They’re selling motorcycles the way they sell cars, and that’s wrong. Someone might come in four or five times before they buy a bike, whereas an aggressive car dealer will try to sell you one that day.”

“People aren’t having a good time there,” Audet agrees. “A lot of people come here and say, yeah, I went to this dealer or that dealer to talk about my bike, and I felt like I was inconveniencing them.”

“These places used to have a small-shop vibe,” said Audet. But corporate mandates appear to focus on cultivating dollars instead of culture. “When manufacturers finance, they make a lot of money, so they focus on that instead of serviceability,” said Webb, explaining the growing disconnect with enthusiasts.

“Look at Harley deciding dealerships need to be at least 25,000 square feet,” said Esposito. “Now you walk into any dealership and it’s like walking into a Macy’s.”

Manufacturers attempting to capitalize on vintage popularity has come across as soulless within the community as well. “The market they’re trying to capture is neither here nor there,” said Esposito, describing the way new throwback models fresh off the assembly line are perceived. “I’m not sure what people think they’re riding, but they’re not even close to experiencing the bike of yesteryear.”

These remakes come with more tangible costs, too, ultimately reflecting little more than the silhouette of their original inspiration. “They fit the scene, but the price point is still high, and someone can pull up right next to you on the same bike,” said Audet.

Nevertheless, the missteps of corporations appear to operate as cultural fertilizer: sparking creativity, providing opportunity for passionate creators, and paving a path for new riders.

There is a sense of community that exists in the oil-stained gravel leading to an open bay door that doesn’t have to close at 5:00 p.m.; where a conversation about a bike doesn’t cause dollar-sign eyes to glaze over, but instead builds a relationship.

“When things get bad, vintage gets big,” said Webb. And in the world of motorcycle culture, vintage has endured not just because of its physical quality and accessible price, but because of the all-but-forgotten human qualities that come with it.

Christopher Green is a senior at George Mason University where he will soon graduate with a BA in global affairs and communication. He seeks out opportunities to combine his talent for writing with his interest in culture.