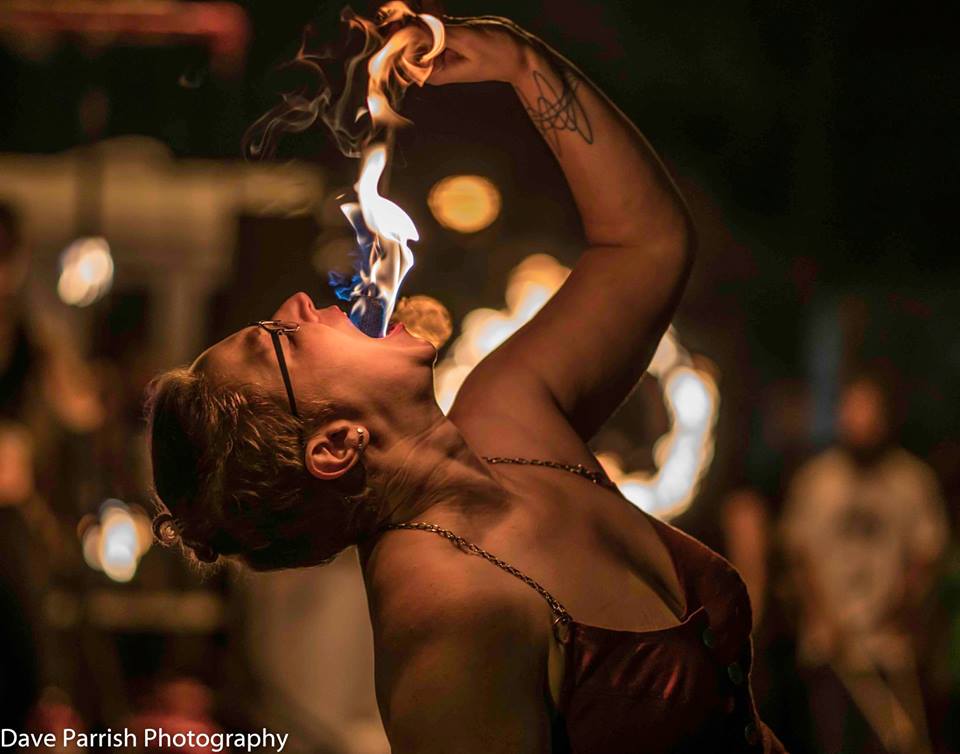 More Fire Than You Can Shake A Flaming Baton At

The Carnival of 5 Fires, hosted by Gallery5 every October, celebrated its 12th year with the Pyro Circus on First Friday this month. The event, organized by the Party Liberation Front, shut down the 200 block of W. Marshall St. last week for its exhibition of music, dancing, and a whole lot of fire.

This year’s Carnival of 5 Fires included fire dancing, burlesque shows, belly dancing, live music, and much more “wicked goodness,” according to Gallery5. Parker Galore, the lead organizer of the event since it began in 2006, has invited performers every year from all over the East Coast to take part in this event. He said the Carnival takes months of planning, which usually begins around July. They go through an extensive process that involves getting the correct permits and insurance forms, hiring off-duty officers, and attracting supporters to the area.

“There’s so many wonderful pieces of this puzzle to put together,” Galore said. “We appreciate the city of Richmond allowing us to do this event.”

Fire performance has been a part of Gallery5 since its grand opening, according to Galore. Originally, Gallery5 hosted performances on the street corner every First Friday, but the community support for fire performance grew so large that they had to begin closing down the entire street. 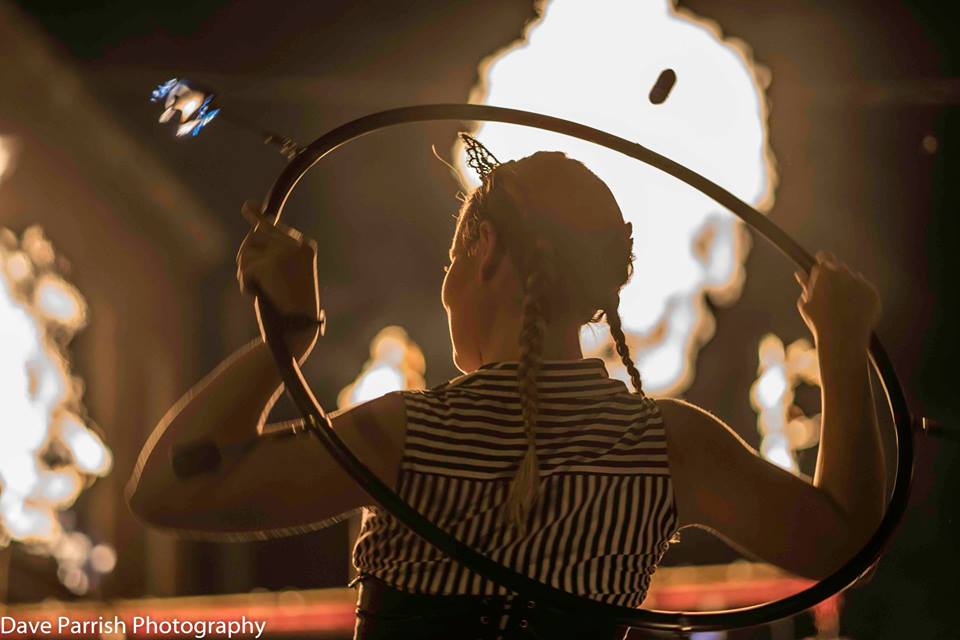 “Due to costs of closing down the street and all details involved, we have to only keep it to April and October (for now),” Galore said.

Hundreds gathered on the side street next to Gallery5, a onetime fire station that is now a historic landmark, this past First Friday. From 7 p.m. to 10:30 p.m., fire performers danced to DJs Maestro, Will Miles, and Akasha, with a special group performance by Circular Expressions and Pyroxotic. Afterwards, for the first time ever, the party moved inside to Gallery5’s main stage. DJs Alicia Roxx, Reinhold, and Beatkitty performed, along with a variety show that ended around 2 a.m..

It wasn’t just fans of fire that came out for this explosive event. People outside of the fire community have also been longtime supporters of the performers at Gallery5.

“I’ve gone every year,” said Richard Follin, a student at Virginia Commonwealth University. “It’s super cool. I mean, I can’t juggle fire, [but] at the end of it once all the people juggling fire leave, they take all the barricades down and it just turns into a big block party.”

That’s something everyone can enjoy.

Here are some of the highlights of the evening, courtesy of photographer Dave Parrish: 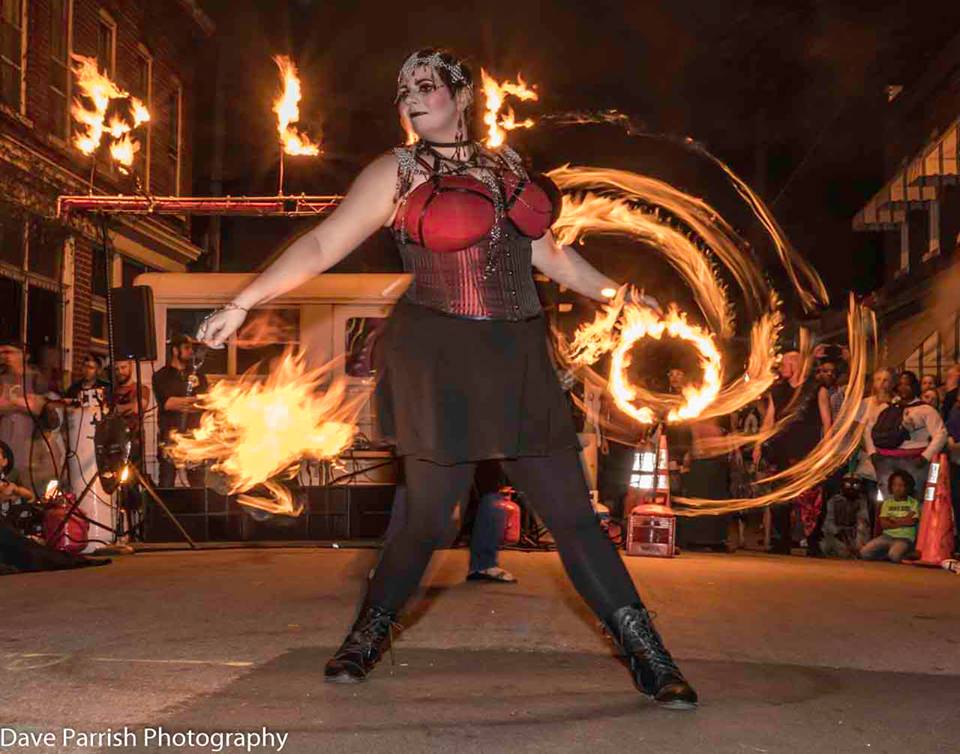 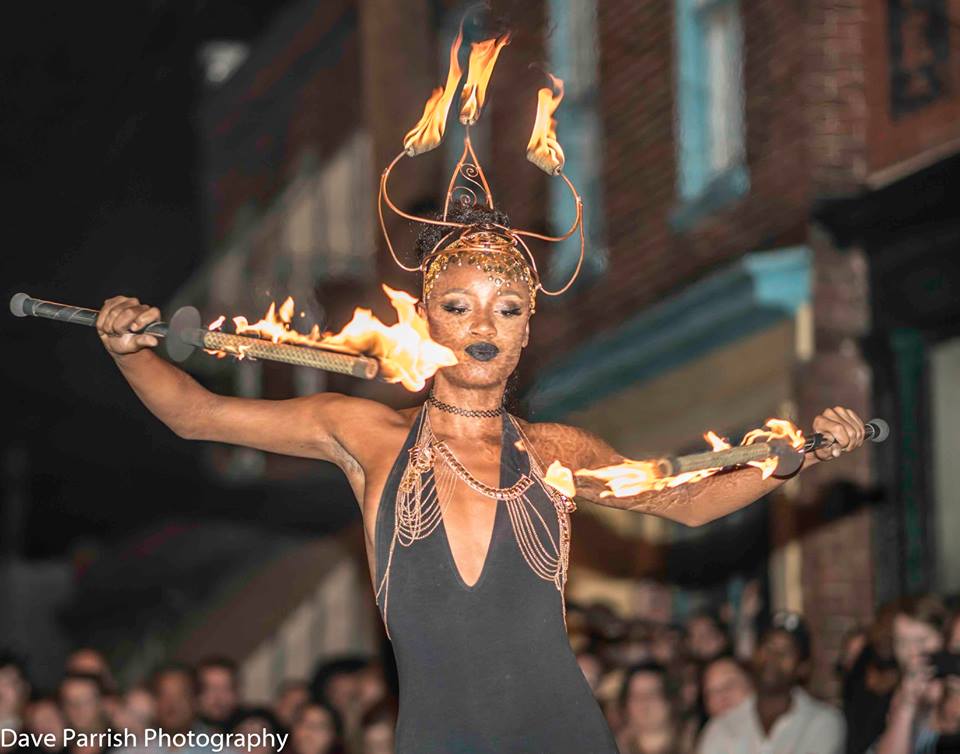 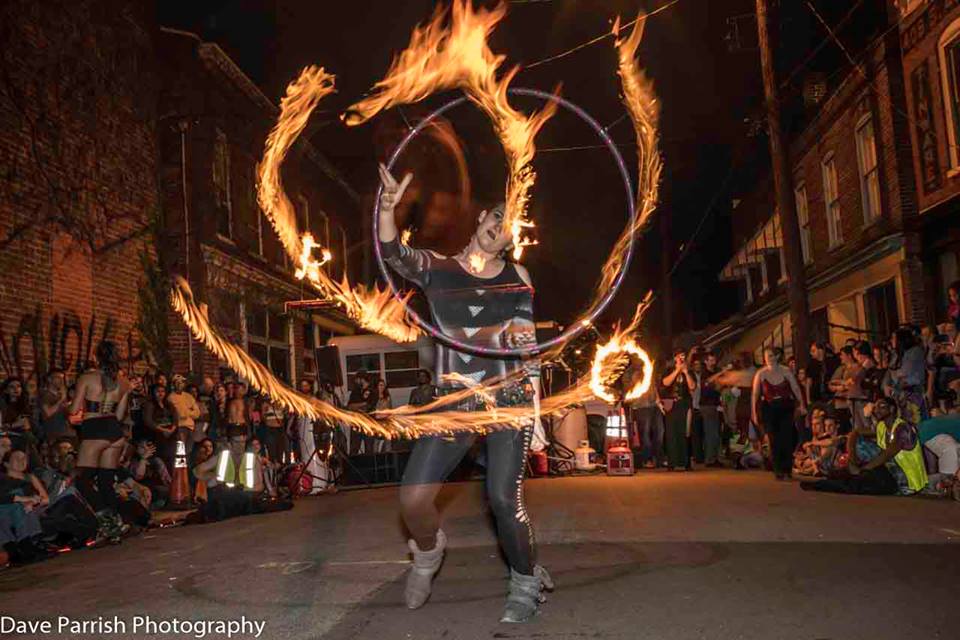 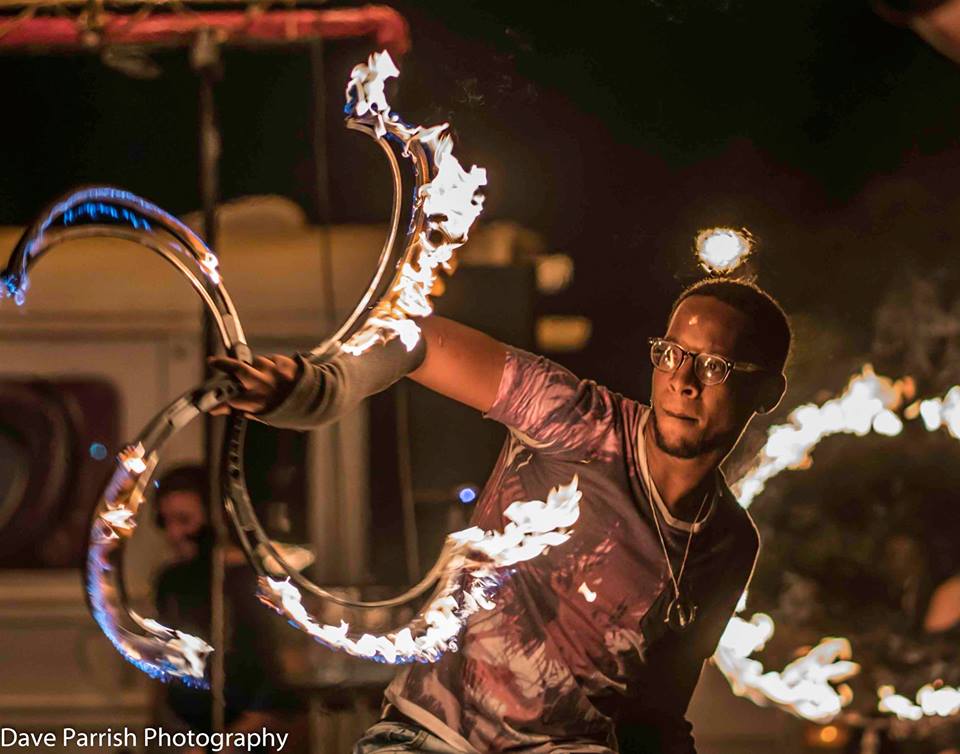 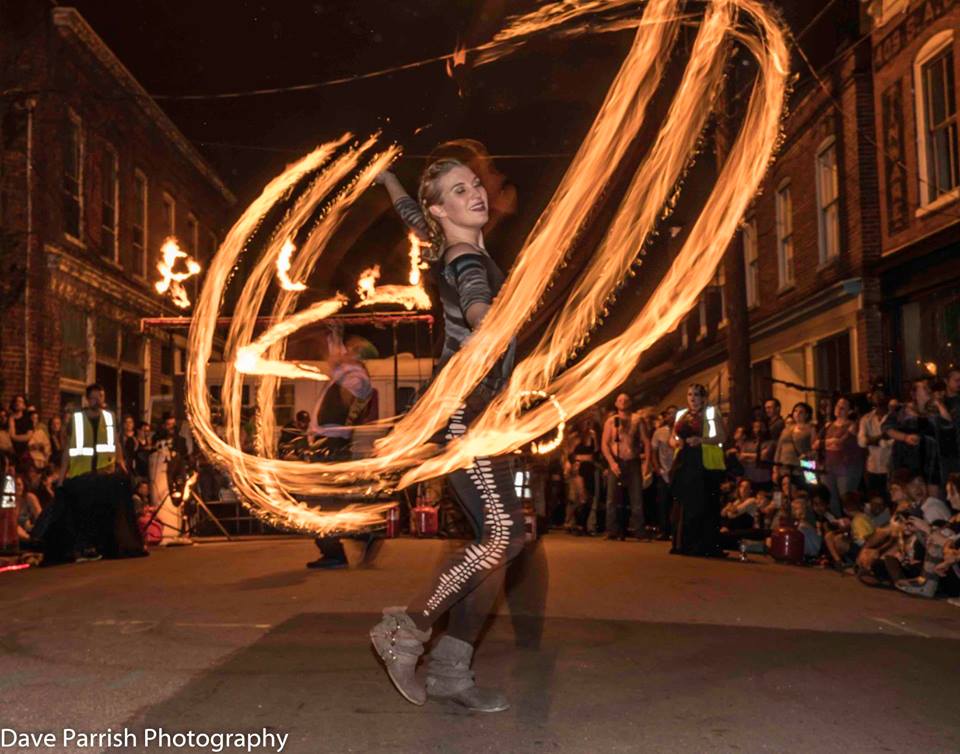 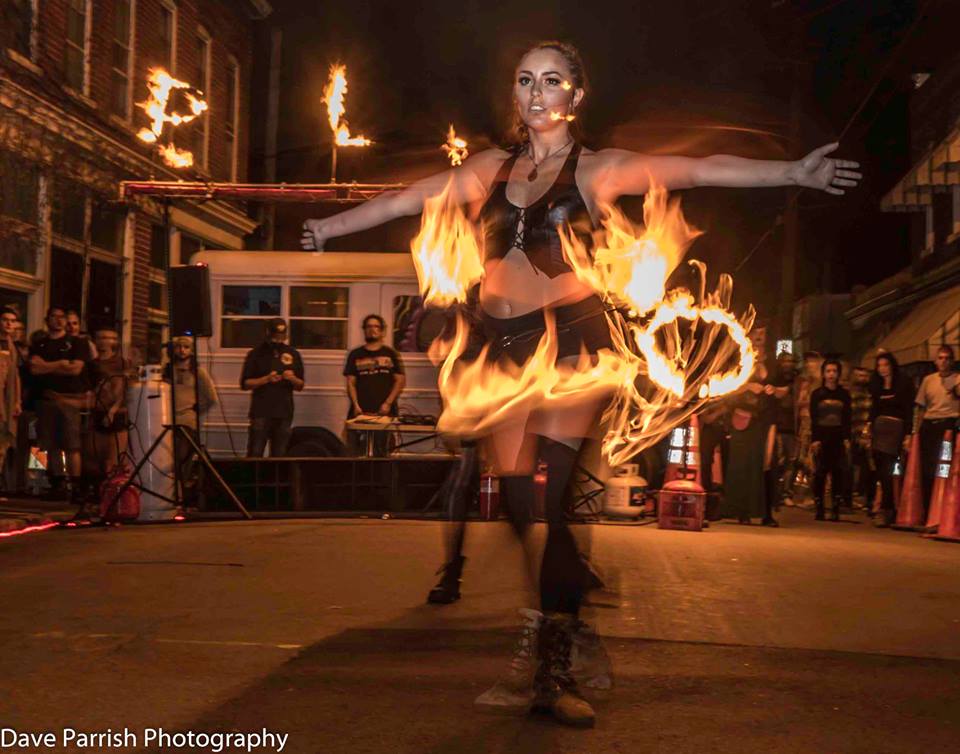 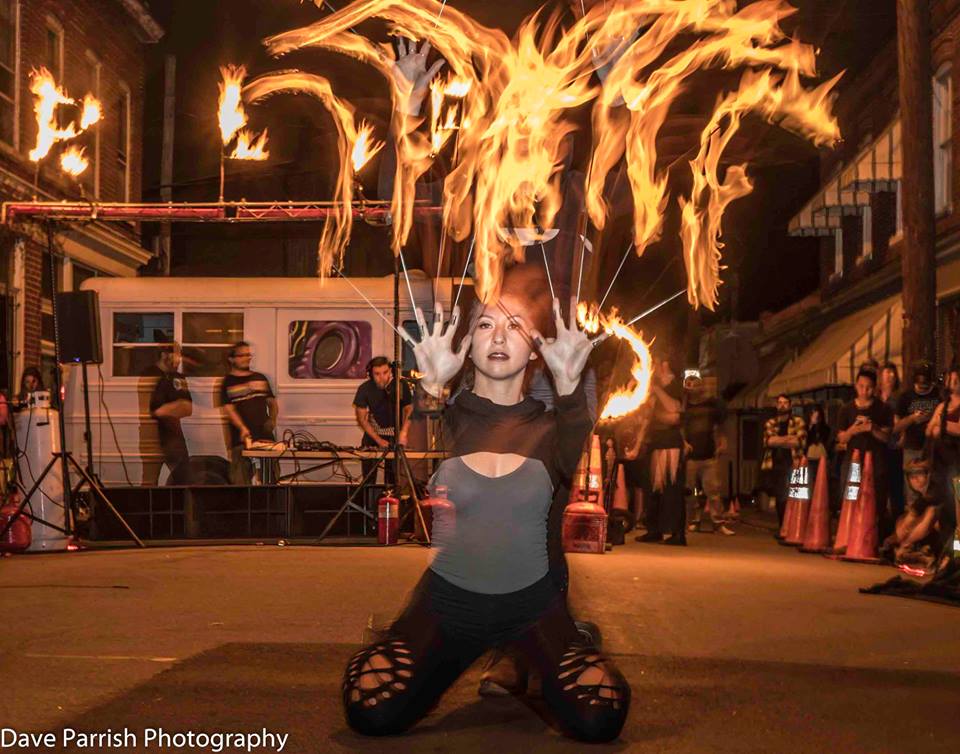 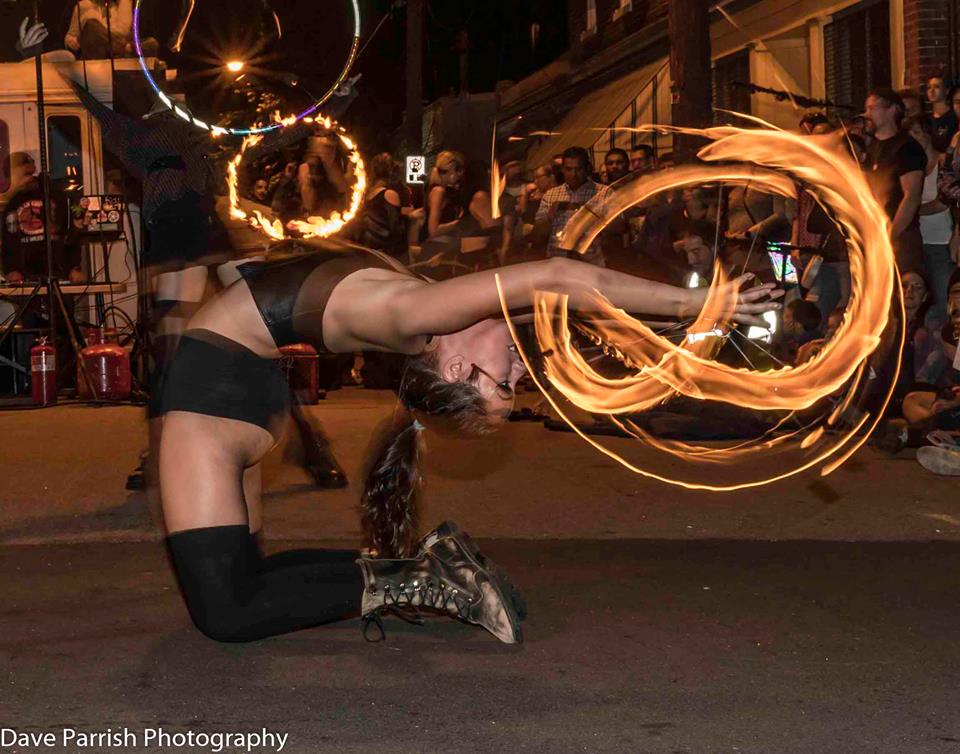 The Carnival of 5 Fires, Gallery5’s annual Halloween celebration, will continue all month long, featuring indoor burlesque shows, a silent film, circus arts acts and more. Events are scheduled for Fri. Oct. 19, Sat. Oct. 20, Fri. Oct. 27 and Sat. Oct. 28. Gallery5 will also host a dance party following the All Saints Theater Halloween Parade on Halloween night. For more information about each of these dates, check the Carnival of 5 Fires Facebook page. For details about other events this month at Gallery5, check the event page on their website.