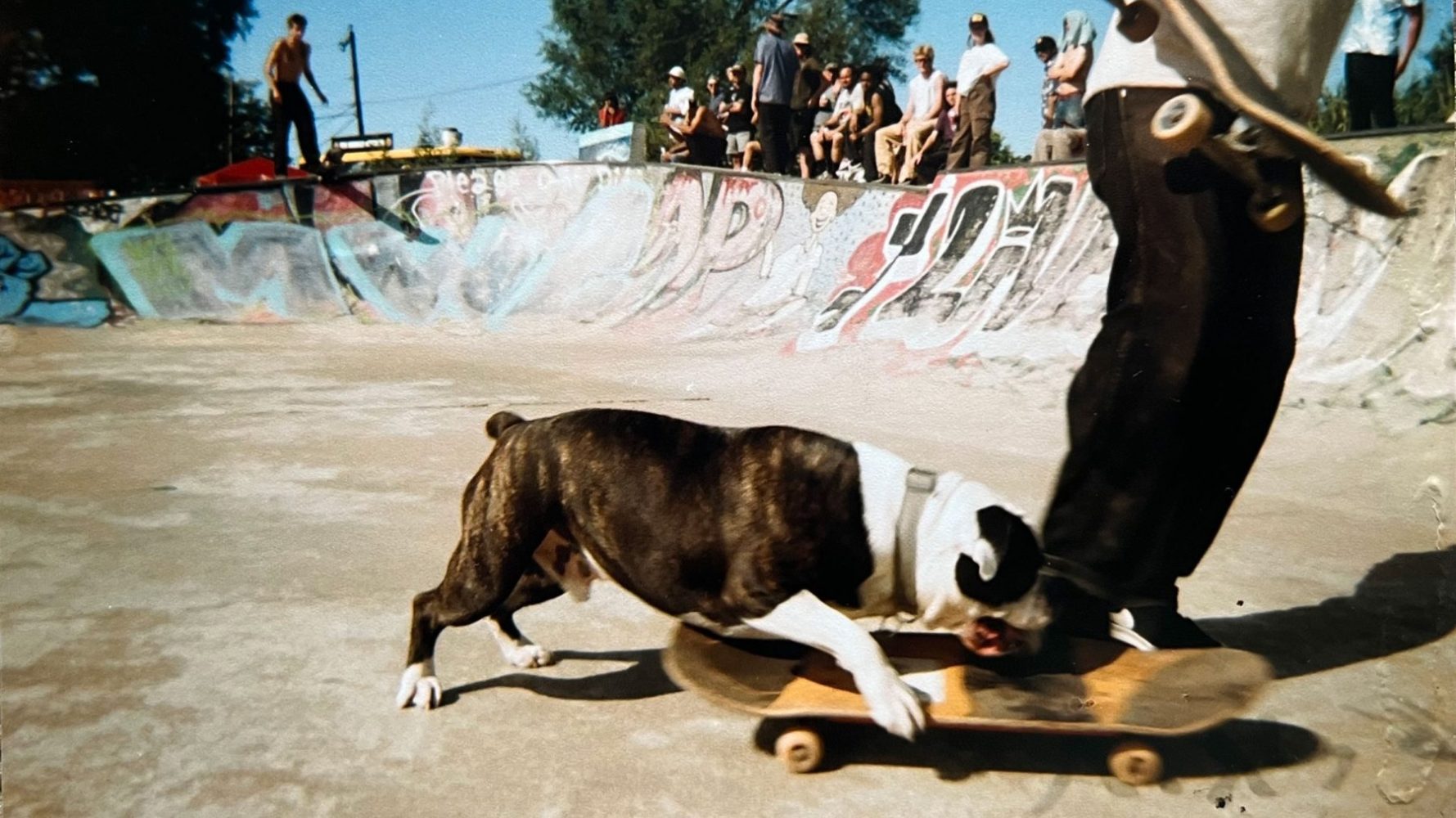 We caught up with Will Pike and Colby Millsap from Texas Beach DIY, and Jordan Cramer from Väsen Brewing Company, to talk about the upcoming fundraiser for Texas Beach DIY, a community-led organization that builds and maintains the only local DIY skatepark.

ed. note: This fundraiser is especially important because of the situation with Enrichmond Foundation, a non-profit organization based in Richmond, which is currently facing scrutiny over the whereabouts of $3 million that was being managed for local groups. Texas Beach DIY has lost an estimated $7,000 in funding. 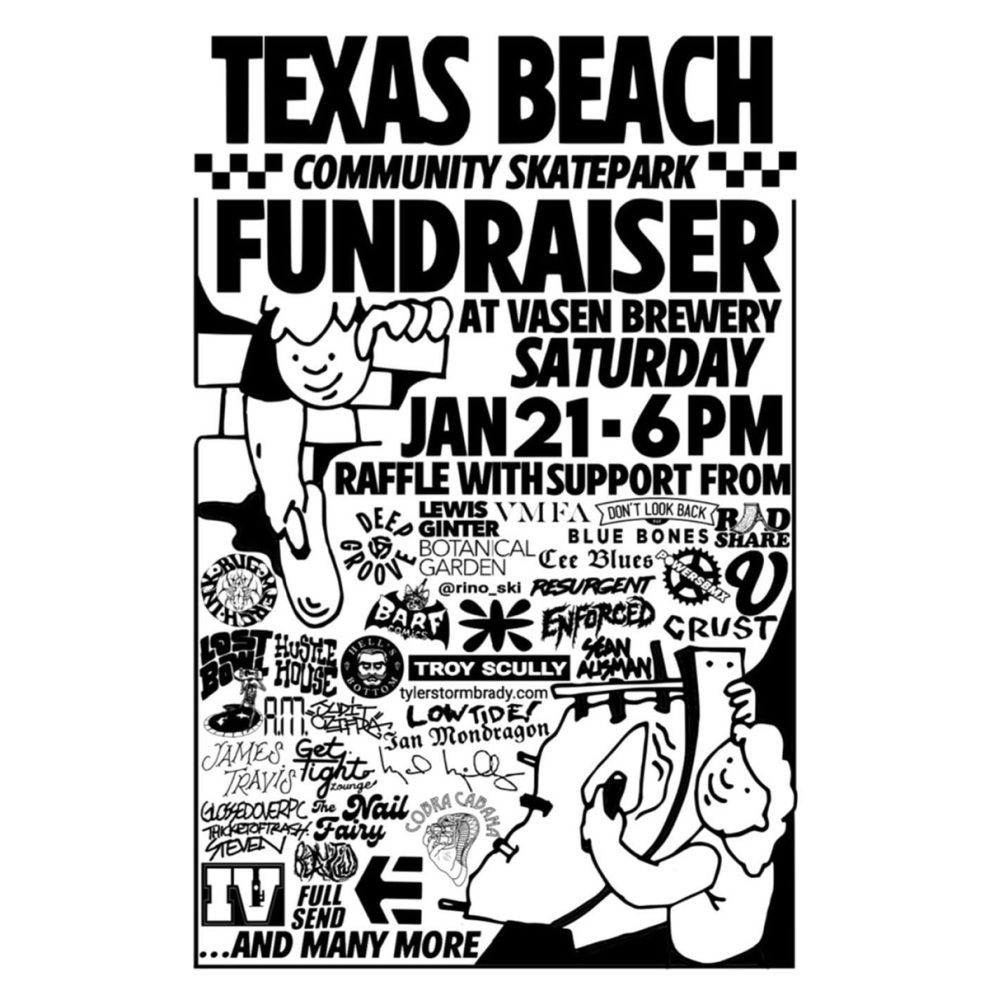 It all started when Will’s buddy Seth Hofmann, who works at Väsen Brewing, saw some shirts that Texas Beach DIY had made to raise money for the skatepark. Seth connected the group with Vasen Brewing, and they all got together to chat about how they could team up. 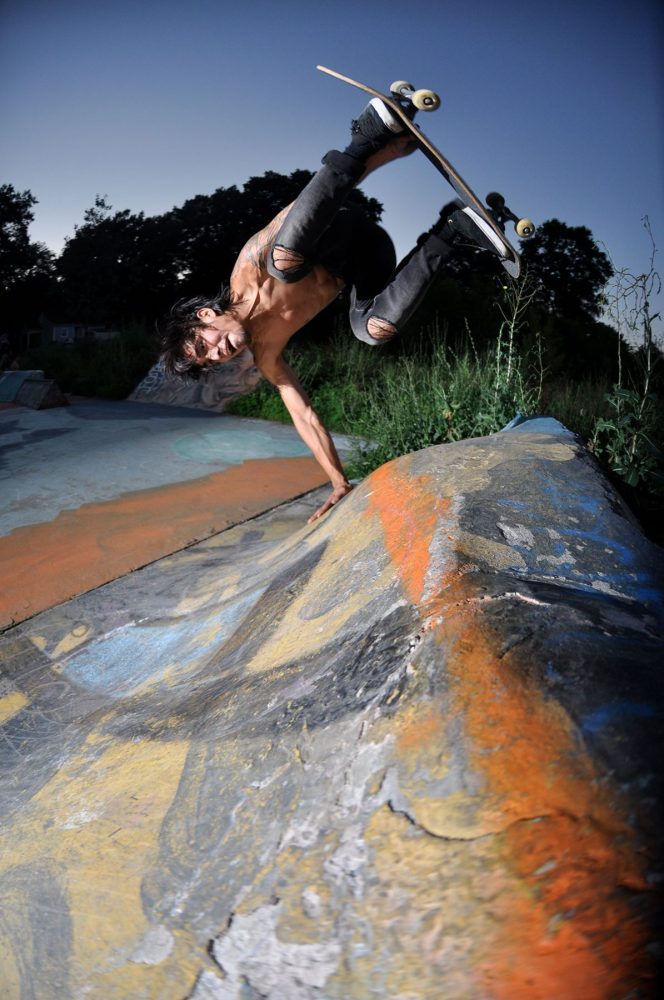 Jordan, who’s the Events Coordinator at Väsen Brewing Company, said that the brewery is all about supporting the community, and promoting something built by the community is right in line with Väsen’s mission. 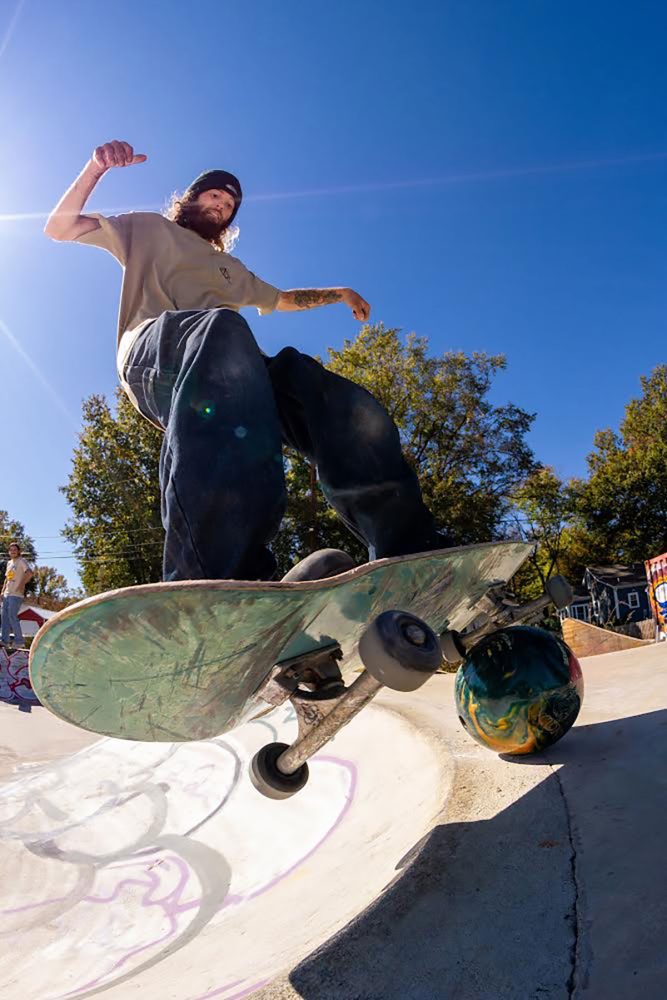 Colby, a local skateboarder and DIY skatepark advocate, mentioned that they’re hoping to raise as much money as possible to fund new features at the skatepark. The money will go towards buying concrete, tools, and rebar. He also mentioned that the skatepark has been developed by the community over the past 15-16 years without the help of the city, and has grown from a small basketball court to a full-fledged skatepark with a community garden. 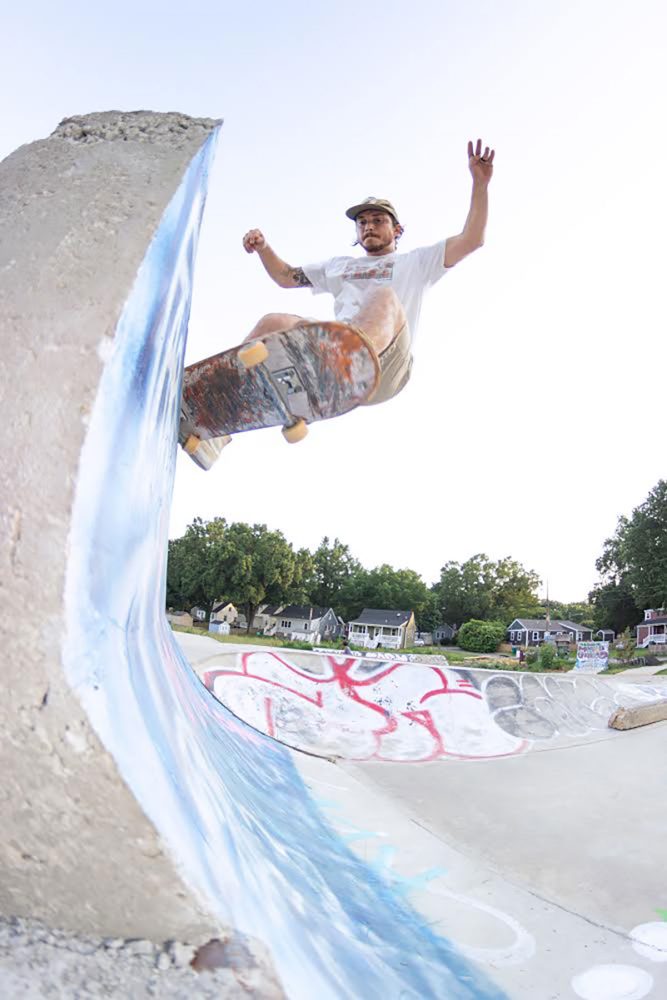 Will encourages people to get involved, even if it’s just washing tools, as every little piece helps to build the entire skatepark. When asked about the city’s involvement, he said:

“The real heroes of the city have been the members of the James River Park Service. They’ve been a fantastic liaison between us and the city. We wouldn’t have the relationship we have without the James River Park system putting in 110%. They’re to be commended for that legal and financial connection that we have with the city, like all of our equipment rentals. We had to clear the site originally. It was just one pad, but we had to clear it for runoff because it’s all Chesapeake Bay Watershed. They were really big in helping us through that process to make it legal. This whole thing went from just a small spot to something the city won’t take away. The city hasn’t done much in any way, shape or form, besides picking up trash, but the neighbors helped with that. They shouldn’t be given any credit. If Levar Stoney showed up, I probably wouldn’t shake his hand. But yeah, James River Park System is the real shining star of this and should be commended as such.” 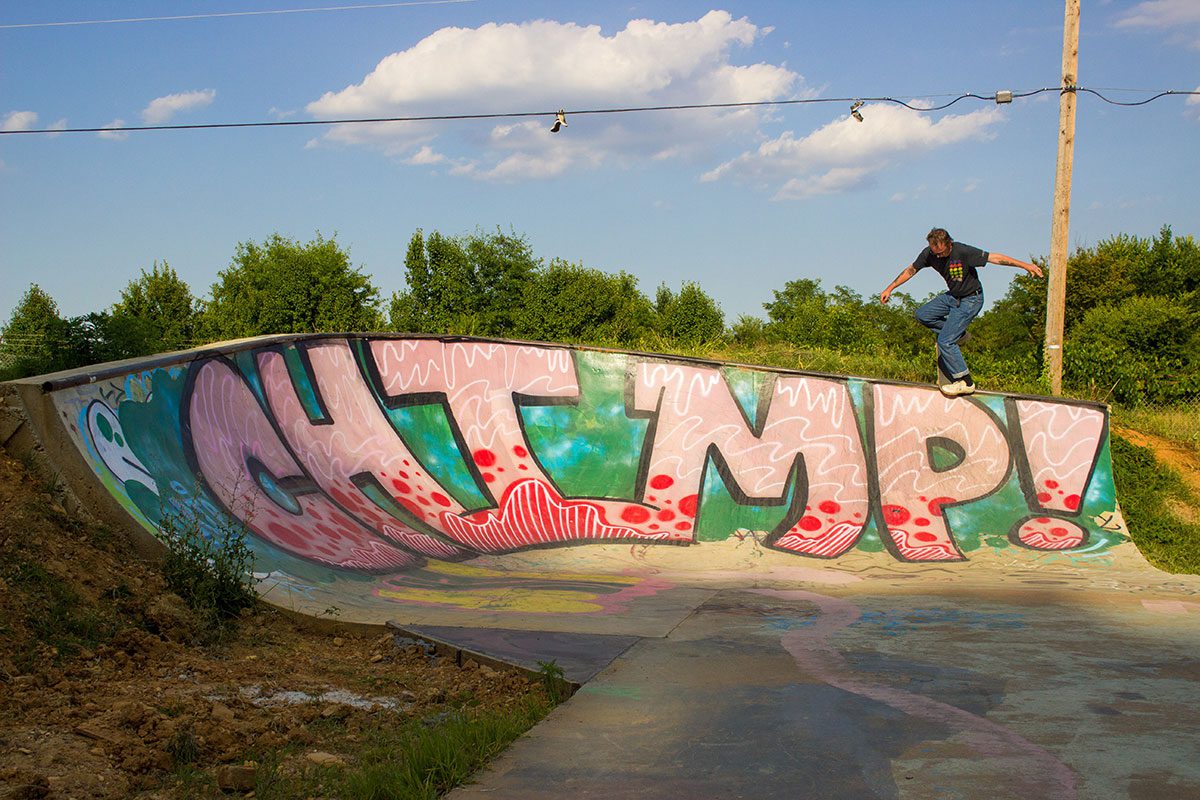 And wanted to thank the following.

“A special thank you to Lawson, Inkbug Merch for making the screen that started it all. Kevin Little, Chris Burke, Chris Mahonsky, Josh Swyers, Kitt West-JRPS Liason, Pat Lowry for teaching us all how to do this, Bernie McGrew for being an integral part of this, the Texas Beach neighbors and everyone who came out to drink and pour concrete on a hot summer weekend. Your support has made this a truly successful endeavor.”