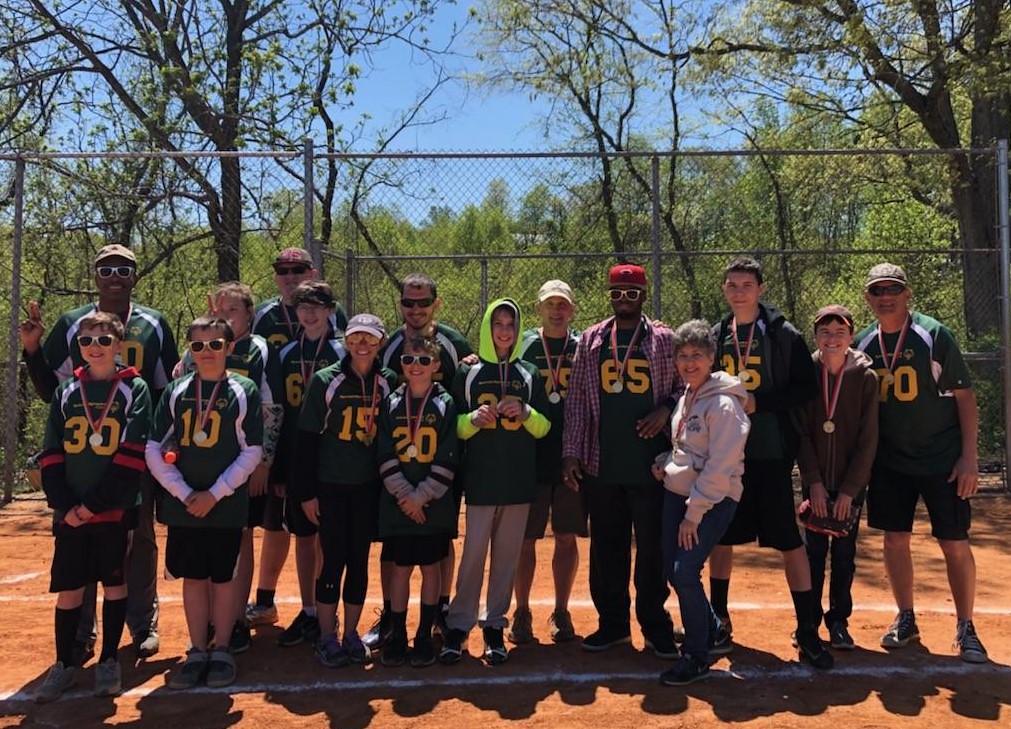 Sebastian and Gabriel Saxon wake up at the same time every day and log into online classes. Sebastian has Cerebral palsy and is diagnosed with autism. Gabriel has hearing loss and wears hearing aids.

The twins’ mother, Judi Saxon, said that Google Meet, the platform used to conduct online classes, has worked well for her sons, who are freshmen in high school this year.

“They’re both rule followers,” Saxon said. “They like a routine.”

Saxon said she is involved in her sons’ education and the special needs community. Her husband, Michael Saxon, sits on the Board of Directors of Special Olympics Virginia. She said that switching to all virtual learning was an adjustment, but it had a positive effect on her teenage sons.

“Our family is pretty low key, and our boys are not super sports fans, and they don’t have a lot of extra curricular activities,” she said. “So they weren’t really missing out on that. And they are homebodies, so they really enjoyed it.”

Gov. Ralph Northam announced guidelines in June for phased reopening of pre-K through 12th grade schools for the 2020-2021 academic year. The announcement prioritised special education students to return to in-person education before other groups.

But many school districts, including Richmond, opted to remain remote since the beginning of the school year. Some districts are allowing only students with disabilities to return to in-person learning. VDOE Assistant Superintendent of Special Education Samantha Hollins said that for students with disabilities, the virtual learning environment may be more of a challenge.

“It has become more challenging of course, but the students’ rights remain,” said VDOE spokesman Charles B. Pyle. “The services that are required to be provided to those students do not go on holiday because of the pandemic.”

Local school divisions offer special programs and resources for students with disabilities, but remote education may be inaccessible during the pandemic for such students who rely on hands-on education, according to Hollins. There are almost 168,000 students with disabilities in Virginia public schools, according to VDOE’s latest enrollment numbers. Disabilities range from intellectual and emotional to hearing and visual impairments, including the deaf and blind, Hollins said.

Students are often required to attend multiple courses per day via Zoom or Google Meet, including out-of-class assignments. Hollins said her department has provided a lot of information on assistive technology. For example, virtual education may be accessible to a hearing impaired student with screen reader software.

“Students who have a visual disability, or blind, or a hearing impairment, or deaf, will require special tools to be loaded onto their Chromebook,” Hollins said.

The VDOE sponsors training and technical assistance centers across the state to provide support to teachers test-driving new technology, Hollins said. Public and private special education schools have a collaborative approach to improve educational services for students during COVID-19. According to VDOE, technology provided to public schools is accessible to private educational facilities.

“We’ve had countless meetings with public schools during these difficult times,” said Sarah Ulmer, principal of Grafton School in Midlothian.

Grafton Integrated Health Network is a nonprofit with group homes and schools serving students with autism, intellectual disabilities and mental health challenges, according to its website. Seventy-four students are enrolled on the Midlothian campus, Ulmer said. During the COVID-19 mandated closure, students with disabilities received in-person instruction from their residential group homes, while teachers provided virtual instruction to students who do not live on-campus.

Although Grafton School reopened its community day school to in-person instruction five days a week, many parents have not sent their children to school, Ulmer said.

“Our students benefit from learning with hands-on activities,” Ulmer said. “The teachers and clinicians have worked hard to create work activities that are sent home to our students to complete with their families.”

Distance learning plans at the school include individualized sessions throughout the week with the student’s teacher and assigned therapists.

Many educators as well as parents have differing views on online platforms being used for virtual education. Some also question how effective online education is as a whole, and said it is a struggle for teachers and students.

Donna Marshall, a special education teacher at Lakeside Elementary in Henrico County, said that both she and many of her students have had issues with the online format.

“It was very difficult for them at first,” Marshall said. “This is such a change for them. Many of them need different things like the sensory breaks, and it’s really hard for them to just sit in front of a computer.”

The primary platform Marshall and her students use is Microsoft Teams. She said that while it works well in business settings, she believes that it is less effective in a classroom setting due to audio issues.

Marshall said that some of her students have done well with virtual education, but the format has had a negative impact on other students.

“I have seen several kids majorly regress because they don’t have the in-person connection,” she said.

Marjorie Loya, a Special Olympics coach and a retired special education teacher from Chesterfield County who is now a substitute teacher, said the biggest concern she has for the children learning virtually is the lack of interaction with peers.

Loya said she believes that online education in the special needs community is ineffective, especially in the long run.

“I don’t think it’s very good at all, because there’s so many things, so many aspects that you can’t deliver services for,” she said. “Virtually, you just can’t do it. One of the biggest issues that people with autism have is interacting with other people, and now we’re taking almost all of that away and putting a computer between them.”

Anteal Gargiulo, a special education teacher at Goochland High School in Goochland, said that while some students she teaches have adapted well, others are struggling with the lack of structure and in-person interaction.

“My autistic kids that I thought were going to have the biggest issues actually have been more outgoing and verbal because they are on the computer, by themselves, and in their own space,” she said. “For other kids, the lack of structure has really thrown them.”

As a whole, virtual learning “has not been the best thing” for the special needs community because many students are used to teachers being physically present to help them, Gargiulo said.

“On a case-by-case basis, it’s been good for a couple of our autistic kids. As far as the rest of the kids, it has been a struggle because they don’t have the teachers right there with them.”