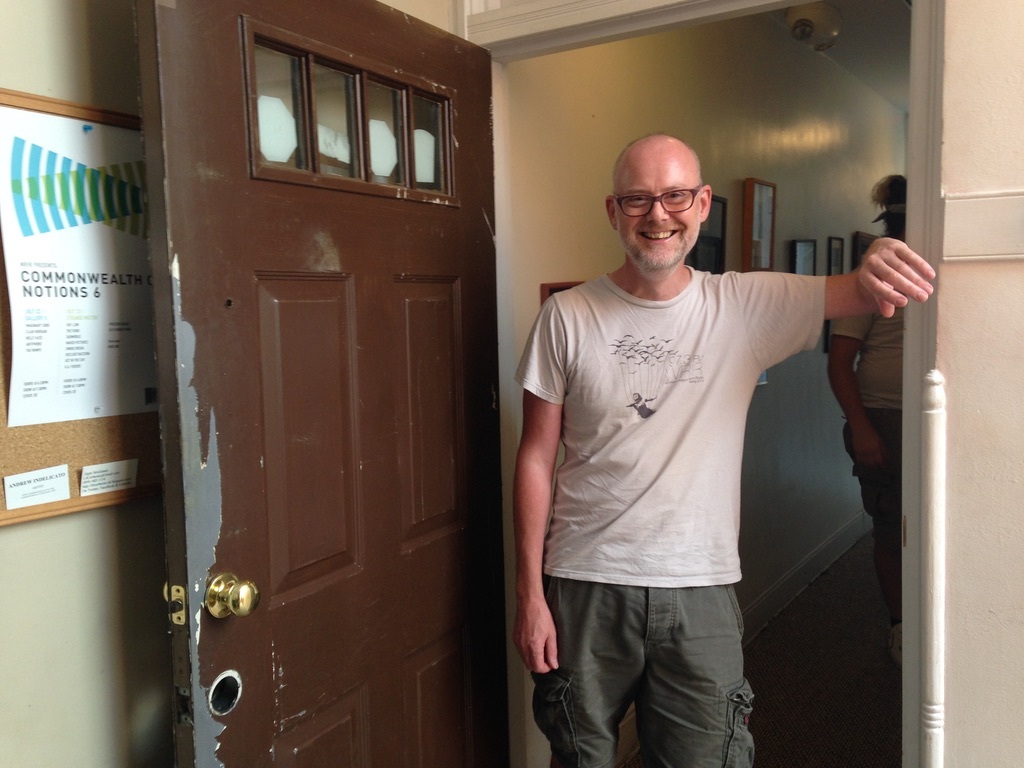 With the pandemic stretching on for most of the past year, Richmond’s original community-oriented low power radio station is staying on the air with the help of a dedicated squad of volunteers.

WRIR 97.3 LP-FM, Richmond’s only independent community radio station, has always been rough and tumble. From its humble beginnings broadcasting online in 2004 and its FM debut on January 1, 2005 to this very day, the station has been on-air for fifteen years straight, continuously fueled by its DIY energy and the tireless determination of its all-volunteer staff. DJs, reporters, station managers, and more have all banded together through thick and thin based on a shared commitment: the desire to make great radio.

When the coronavirus hit the United States in March, all branches of the media, including local radio, were taken off guard. The music scene here in Richmond was effectively shuttered as venues were forced to close. Musicians suddenly found themselves without an audience, and music lovers, required by state mandate to stay at home, felt their grip on the city’s musical pulse quickly begin to slacken. For a few scary moments, it seemed the connection to Richmond’s beloved music scene would be completely lost.

But this only revitalized WRIR’s commitment to be there for Richmonders when the community needed it most.

Led by the station’s Operations committee — the volunteer team that handles all technical and behind-the-scenes aspects of broadcasting — WRIR quickly and efficiently enabled its studios so that DJs and show creators could broadcast entirely from their homes. This made it easy for only one person to be in the studio at a time, minimizing contact with other volunteers while also keeping the station clean and safe for others to use.

Melissa Vaughn, WRIR’s station president, recalls the mad rush to get the station’s regularly scheduled programming ready to operate remotely. “It was the weekend before St. Patrick’s Day,” she said. “The first thing I did was confirm that we were still the official station for statewide emergency  services. Then I knew we had to make sure our DJs could broadcast from home.”

Vaughn remembers many late-night discussions on Slack, the workplace communication platform, with the Operations team. “Working at 1am, 2am, they were brainstorming scenarios and ways to make this transition as quickly as possible. They were doing such great work.”

While most of WRIR’s volunteers are able to use the station’s equipment for their shows with only a little bit of training, understanding the technical layout of WRIR’s broadcast studio can be complex. So to set up a remote broadcasting system, the solution had to be reliable and easy to  use. This led Peter Taffs and Zachary Klosko, two integral members of the Operations team, to begin testing and troubleshooting different network designs.

“All of the members helped out to contribute to this model,” said Taffs, “and it’s worked out really well. It took probably a week from the first idea, to two weeks for the final product. All we had to do was set up an Icecast server” — an online service that allows broadcasters to route their shows from one location to another via the Internet — “and load their programs onto the stream. So all DJs had to do was be able to configure their own computer. Working with automation helped facilitate this process, but ultimately it really is that simple. And it’s all free! I like free stuff.”

Using the automation stream as a way to work around having an in-person board operator was Zachary Klosko’s idea. “It kind of felt like selling your soul, because we always have someone in the studio,” said Klosko. “But it turns out it was something that really saved us in the moment.” The solution was a program called LibreTime, which allowed shows to be pre-set remotely, and to air according to that schedule. “It wasn’t easy at first, but after experimenting  with some programs, we found a model that worked. Now Melissa [Vaughn] can pre-program the entire news/talk schedule the night or week before.”

With the prototype for a remote broadcasting system in place, the time had finally come for it to go live. One of the first DJs to test it out was Sean Lovelace, host of “The Heavy Cosmic Rotation.” His show was on the Monday that the prototype was finished, so after Sean had hosted a two-hour show successfully, the Operations team was ready to share their project with the rest of the station.

Otto Konrad and Carol Olson, veteran show hosts and both former board members of the Virginia Center for Public Press — the non-profit that operates WRIR — have been impressed with the station’s transition. “You know, there’s not some organized primer for how to remote broadcast,” said Konrad. “It was all set up by our volunteers. And to see how independent and DIY our station has been over the years, I think we really are the only community radio station in the country that has this culture. It’s a pretty incredible thing.”

“I thought the Operations team did a great job,” said Olson. “The switch made it easier and safer for us, and it really helps anybody who wants to broadcast remotely. Plus, having the ability to do so will have less wear and tear on the equipment, which will help in the long run.”

In the months after WRIR first went remote, Olson was even more impressed with the results of the Spring Fund Drive. “I’m so excited that the volunteers raised the standard amount of money for our fund drives. It was a great example of seeing our community come together when we needed them,” she said. “Because we are the last independent voices in the country. Most stations are owned by companies, but we are not. Independent media is one of the last places for free and accessible information for everyone. You don’t have to buy a subscription here; you just have to listen to us on the radio.”

Having established a reliable alternative to in-studio broadcasting, the Operations team continues to monitor their progress and seek out ways to improve. But as many of the DJs and hosts have utilized this new platform, the station’s volunteers have been quick to offer messages of hope.

“You know, somehow we managed to get on the air in January 2005,” said Bill Lupoletti, host of “Global-a-Go-Go” and inaugural member of the WRIR staff. “And that was hard work. We got on air, but we didn’t know what would happen in February. It was just a single-minded kind of focus. So in  the right or wrong situation, people can really do anything. There are a lot of things that people can do that they think they can’t do.”

Peter Taffs agrees. “The resiliency from the volunteers is very good, and the commitment from our DJs is fantastic,” he said. “I’ve been glad to see how people adapt. Moments like that give me hope.”

With no signs that the coronavirus pandemic will be giving up in the near future, WRIR’s remote operations will be part of the station’s new normal. But this is hardly a concern for Melissa Vaughn. “I have to say that when this first happened, nobody said, ‘We can’t do this.’ Nobody,” she said. “We were always open to getting through it. And anyway, we don’t believe in defeatism! If something is in our way, we move past it.”

That resilient, community-focused, and DIY mindset is one that we all can aspire to as part of  our new normal.

Chase Browning is a writer and broadcast technologist who has worked for community radio stations in Virginia for the past five years. He lives in Chicago.