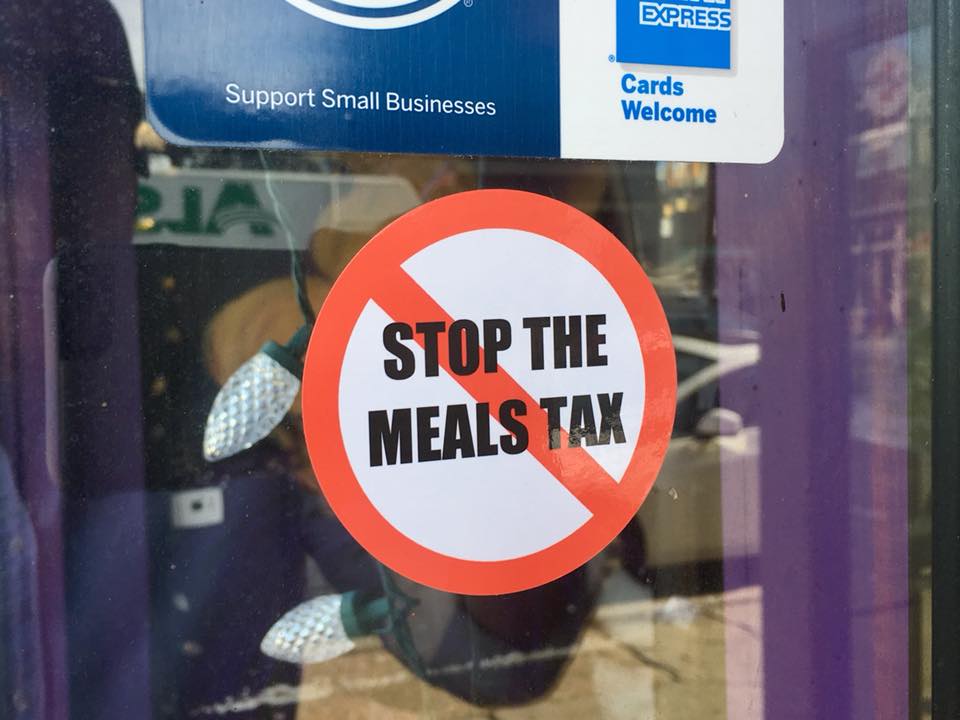 *This story has been updated to note that Menz-Erb has withdrawn her candidacy for the Education Compact Team this afternoon.

Former 3rd District School Board member and Education Compact team-nominee, Cindy Menz-Erb has launched an email campaign asking people to avoid restaurants who don’t support Mayor Stoney’s proposal to raise the meals tax. In an email that was forwarded to RVA Mag, Menz-Erb, encouraged people to, “Only patronize restaurants who support the meals tax. There will be signs for restaurants to display soon but in the meantime, just ask if they support it.” 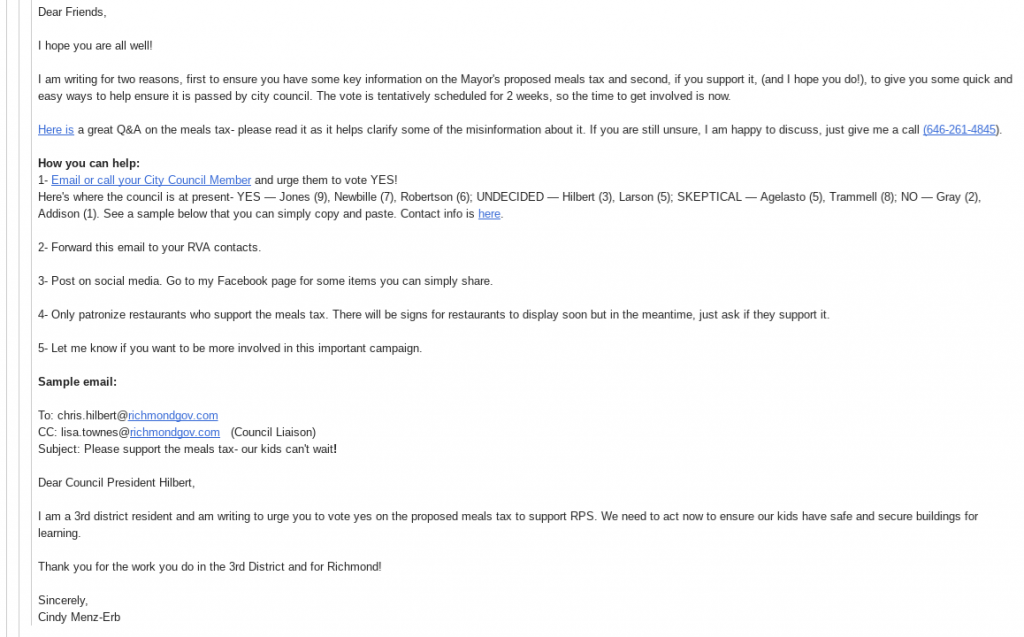 The Mayor has proposed increasing the city’s meals tax to 7.5 percent to help rehabilitate and renovate Richmond Public Schools, which would produce approximately $9.1 million a year and allow the city to borrow $150 million in new capital funding over the next five years. However, the issue has been contentious for the Richmond restaurant community, who were subject to a previous tax increase in 2003. If passed, the total tax would increase to 12.8 percent, which has led local restaurateurs and restaurant groups to form a new lobby group called the Richmond Restaurant Alliance, in partnership with the Virginia Restaurant, Travel and Lodging Association.

Menz-Erb, originally from New York, was an interim School Board member in 2017 before losing the seat in the open election to Kenya Gibson last November. Since then, she has been nominated to serve on the Education Compact Team pending a confirmation vote by City Council. The council is a volunteer board made up of members of City Council and the school board along with citizens nominated by the mayor, all tasked to help Richmond Public Schools reach “achievement to levels matching or exceeding statewide benchmarks,” and “implementing a concerted strategy to reduce child poverty by 50 percent by 2030 while mitigating the impact of poverty on learning.”

The email, which was circulated at 3 pm Wednesday, has led to a significant outcry among the restaurant community and other City Council members. In a post to Facebook, 5th District City Councilman, Parker Camp Agelasto said he emailed Stoney the following: “Cindy Menz-Erb has significantly misstepped in sending this email,” he said in the post. “This is not becoming for someone that you have nominated for the Education Compact Team.” He concluded with the following, “I particularly find her suggestion that supporters of the meals tax only patron those restaurants in support shows bad judgment. Too bad. I hope you will take proactive steps in fixing this problem as this email is out publically and there are many angry people…this is an issue.” 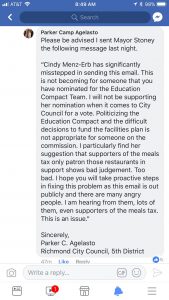 In response to the controversy surrounding this email, Stoney released a statement via Facebook at 9 am that said, “I do NOT support penalizing anyone, or any business, for their beliefs. In fact – I feel the exact opposite.” The statement goes on to say that he believes there is the opportunity to support the restaurant community and public schools at the same time and that public debate is healthy. ‘As this debate moves forward, I plan to visit restaurants on all sides of this issue, to thank them for what they do for our city, and to learn how, I, as Mayor, can do more to help them grow and thrive in Richmond. I hope everyone who sees this will do the same. ” 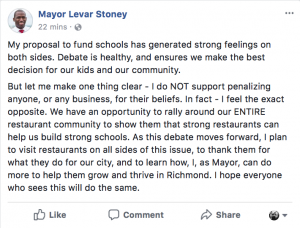 Menz-Erb withdrew her candidacy this afternoon. She apologized for her words and said she didn’t intend to promote a boycott.

“That was not my intent, and I apologize for the wording of my statement. We want all of our restaurants to be successful for the benefit of our schools,” she said in a statement she sent to the Times-Dispatch.

The issue surrounding the meals tax will likely remain contentious with proponents and opponents on both sides making their voice heard. Speaking to RVA Mag about the issue of public officials making statements such as this, Agelasto said, “Before yesterday, I [was positive on her appointment], she was an enthusiastic volunteer and school board member, but after what she did yesterday, that’s not the approach I want on a board that’s supposed to be collaborative.” He added that the city needs people to eat at local restaurants to support the meals tax that is already in place, “I’m against any boycott at all.”

RVA Mag reached out to Menz-Erb for comment, but she has yet to respond.