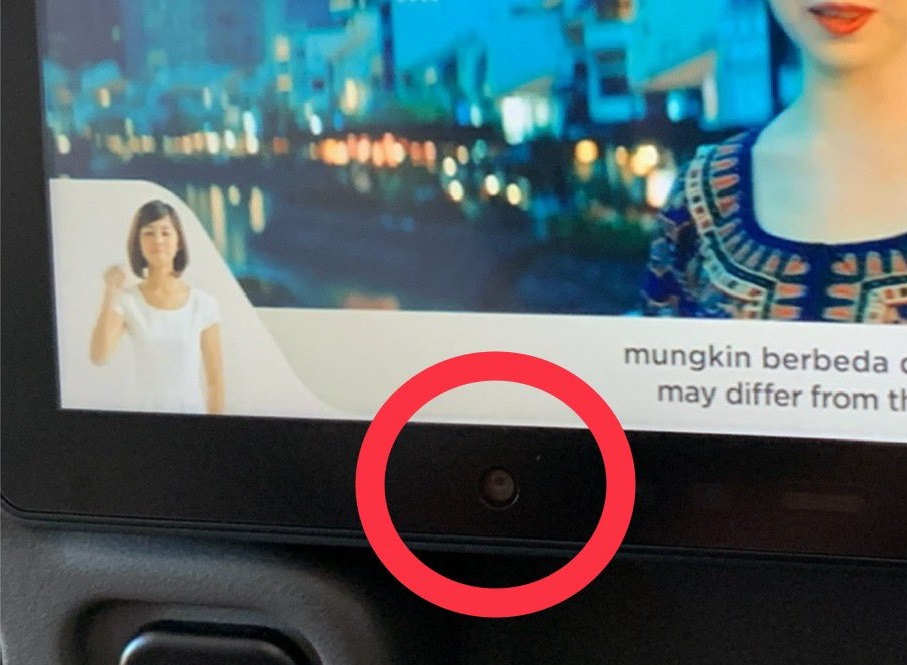 Before you take your next international flight, you should probably read this.

Last week, a couple expressed “general discomfort” aboard their international flight, eventually ringing the bell for a flight attendant. It wasn’t the lack of fresh pillows, boxed airline food, nor the lack of non-Tom Cruise films. It was a camera lens, staring right at them.

The couple, passengers on a Singapore Airlines flight, tweeted a photograph of their seat-back in-flight entertainment system (IFE), which featured visible embedded lenses. The conversation around this discovery eventually led to American Airlines, Emirates Airlines, Qantas Airlines, and United Airlines admitting that they too have installed cameras in seat-backs — though according to The Independent, all three of the companies claim to have never used them.

This disclosure prompted air travellers to demand answers about their airline privacy. An airplane has never been a great place for clocking in any me-time, and Vitaly Kamluk, an expert in cyber-security and one of the discoverers of the cameras, isn’t worried there’s some airline conspiracy to film people fidgeting about in their seat for hours. But he does agree that concerns should be raised over passengers’ privacy.

“The true risk comes from potential unauthorized access to these devices from powerful malicious attackers,” he tells CNN Travel. “As far as IFE is connected to the Internet, there is a possibility of remote hack and espionage if such devices can be activated in software.”

American Airlines, told CNN Travel that cameras in IFE systems are “a standard feature” and are not activated, with no plan to use them in the near future. A spokesperson for Aussie carrier Qantas also told CNN Travel that the airline couldn’t activate the cameras, even if they wanted to. Singapore Airlines said, “These cameras have been intended by the manufacturers for future developments,” and that they’re “permanently disabled on our aircraft, and cannot be activated on board.”

Just found this interesting sensor looking at me from the seat back on board of Singapore Airlines. Any expert opinion of whether this a camera? Perhaps @SingaporeAir could clarify how it is used? pic.twitter.com/vy0usqruZG

According to Feinsten, cameras were intended to be marketed as a luxury amenity for the sleek, cushioned cubicles of “premium economy” seats on larger international flights, like the 82 Boeing 777 and Airbus A330-200 jets.

The inflight entertainment systems are manufactured by Panasonic Avionics, a US-based company that supplies IFE for many of the major airlines. Panasonic assured privacy laws would not be broken with any future usage of the cameras. Panasonic did not respond to RVA Magazine for comment but gave a statement last Tuesday to Travel Weekly.

“Prior to the use of any camera on a Panasonic Avionics system that would affect passenger privacy, Panasonic Avionics would work closely with its airline customer to educate passengers about how the system works and to certify compliance with all appropriate privacy laws and regulations, such as [the EU’s] GDPR,” said a spokesperson.

Panasonic publicly announced the addition of cameras onto seat backs in 2017, revealed as part of their partnership with Tascent, a biometrics and identity innovation company.

Options for these cameras would include “seat-to-seat video conferencing,” payment processing for on-board shopping, and expedited customs processing. At the 2017 Dubai Airshow, Panasonic Avionics announced Emirates’ IFE in First Class and Economy — specifying it featured a camera, microphone and speaker, though stated these features were upcoming and currently unavailable.

“Panasonic Avionics will never activate any feature or functionality within an IFE system without explicit direction from an airline customer,” read the corresponding press release.

Emirates, which was the first airline to feature the cameras in their IFE systems, told CNN Travel that “cameras that came pre-installed with the inflight entertainment hardware that we had purchased from the manufacturer [Panasonic] was originally meant for seat-to-seat video calls, however [Emirates] has never activated it.”

Travel spending dipped after 9/11, and security measures were enacted to regain consumer confidence in air travel. In addition to a myriad of increased checks throughout the airport, measures were brought into the airplanes themselves as well. Increased air marshals and cameras, placed above the door to the cockpit, were installed. JetBlue Airways became the first U.S. carrier to install video cameras on all its airplanes, and others began to follow suit, gaining approval from the Federal Aviation Administration.

Joe Leader, CEO of aviation trade company Airline Passenger Experience Association (APEX), think there are several handy usages for these cameras, which could augment security measures already in place. In a statement released to CNN, Leader said that cameras could look out for passengers becoming unwell, monitor cabins for suspicious behavior, or spot assaults — thereby acting in assistance to the staff aboard the plane. And as far as privacy is concerned, APEX believes cameras are already a reality of 21st century society.

“Today, airline passengers are typically tracked outside the aircraft dozens of times on a typical journey through stores, security, roadways, and airports, by cameras without any permission,” APEX said in a statement. “In contrast, airlines only want to use cameras in the future with permission when technology has advanced to offer personalized service improvements that passengers desire.”

Fears of the cameras being hacked, according to APEX, are “misplaced.”

While cause for concern may be a bit exaggerated, as all involved report that the cameras are actually not in operation, this hasn’t stopped privacy advocates from raising some issues.

In an interview with CNN Travel, Aviation consultant Peter Lemme said fears for privacy were very real. “The public response would suggest cameras facing passengers is a toxic undertaking,” said Lemme. He also suggests that giving passengers some ability to control the cameras, even if that means merely being able to turn them off, could be vital to building trust between both the airline and traveller.

“Trust is the variable between business and customer,” Lemme said. “It is hard to earn and easy to lose. Airlines depend on passengers trusting they will hold their traveling details private. There is no upside for an airline to endanger trust, but there is much downside.”

Kamluk agrees. “One good strategy is to give passengers a little bit more of control on their privacy level,” he tells CNN Travel. “The manufacturers could do one simple hardware switch to enable/disable all questionable sensors such as cameras and mics.”

The privacy concern is not that there is any evidence of misuse right now,” he said in an email. “But people should not have to face yet another risk against their right to be left alone, mitigated only by the capability and willingness of airlines to secure this camera against misuse.

Opsahl also made recommendation for how airlines should move forward. “We might recommend that, for new installs, the airlines could build the seat-back structure to physically block the camera, probably for less than a bespoke tablet,” he said. “For existing ones, perhaps placing a sticker over the camera would be a good idea.”

While it’s highly unlikely your airline will be secretly filming you on your upcoming flight for any sinister purpose or scheme of data monetization, it is important to remain vigilant during a period of heightened security paranoia. Bringing duct tape to block the lens is probably overzealous, but keeping a watchful eye on the boundaries our increasingly-technological culture erodes around us is an important task, one we should all acknowledge before locking into to that next in-flight film.

That is, unless you don’t mind a camera fixed on your face. Say cheese.

Things are a little light in the world of the Missed Connections this week, it seems. Could that be because everyone's out on the streets... READ MORE

Things are a little light in the world of the Missed Connections this week, it seems. Could that be because everyone's out on the streets... READ MORE