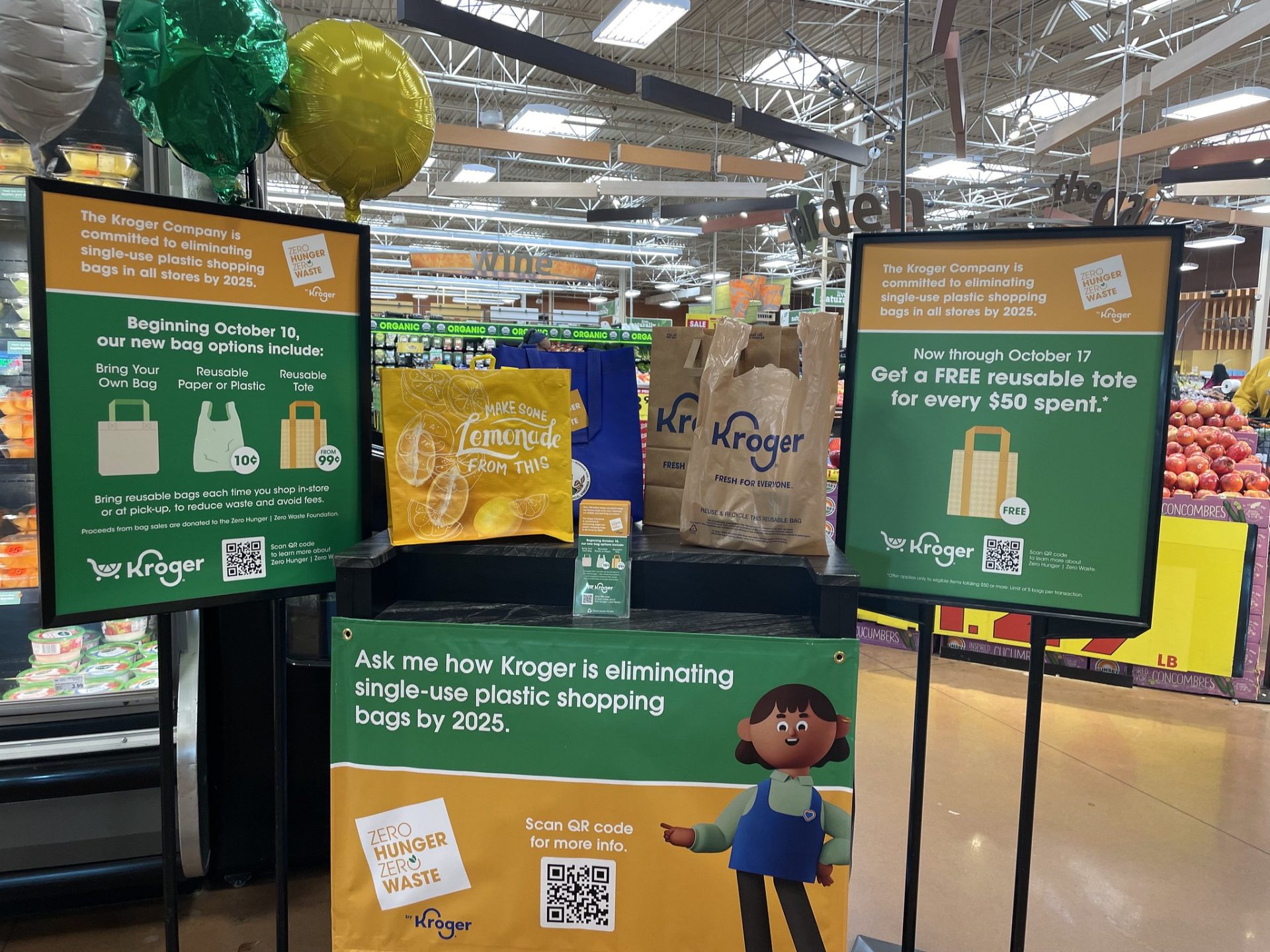 Kroger employees wore green shirts that read “Reusable in, Single-use out,” as they greeted customers on Monday with colorful bags.

A Kroger located in Henrico County in Central Virginia is the pilot store for Kroger’s initiative to remove single-use plastic bags in the mid-Atlantic division by 2025, according to James Menees, the corporate affairs manager for Kroger mid-Atlantic, which includes Virginia, West Virginia, Kentucky, Tennessee and Ohio. This is part of the company’s push to eliminate single-use plastic in all U.S. stores by 2025.

“We’re looking forward to moving our Zero Hunger, Zero Waste initiative forward,” Menees said. “One of the pillars of that social impact plan is to eliminate single-use plastic bags in all of our stores in the state of Virginia.”

The Zero Hunger, Zero Waste Foundation is Kroger’s nonprofit for innovation in food waste, access and security, according to its website. 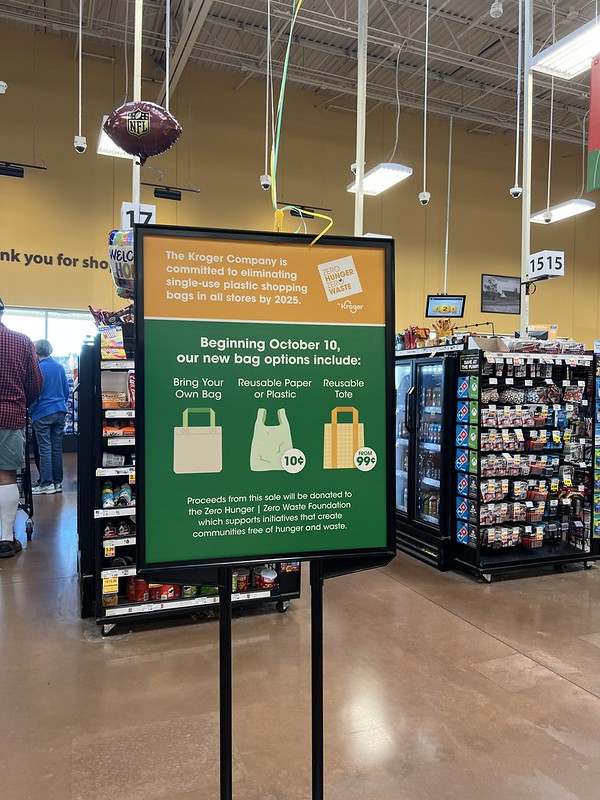 Customers are encouraged to bring their own bags, or purchase the 10-cent plastic bag or the 99-cent tote bags. The reusable, 10-cent plastic bags are at least 40% made out of recycled material and are designed to be used 125 times, according to the written information on the actual bags. The proceeds from the purchase of reusable bags will go to the foundation, according to a press release.

More than 100 billion single-use plastic bags are thrown away each year, according to Kroger, and 90% of those bags are never reused. Even with initiatives such as reusable bags and bag taxes, the U.S. has one of the highest rates globally for plastic waste generated per person, according to the Organization for Economic Cooperation and Development. The OECD is an international organization established over 60 years ago to work with governments and citizens on policy initiatives. 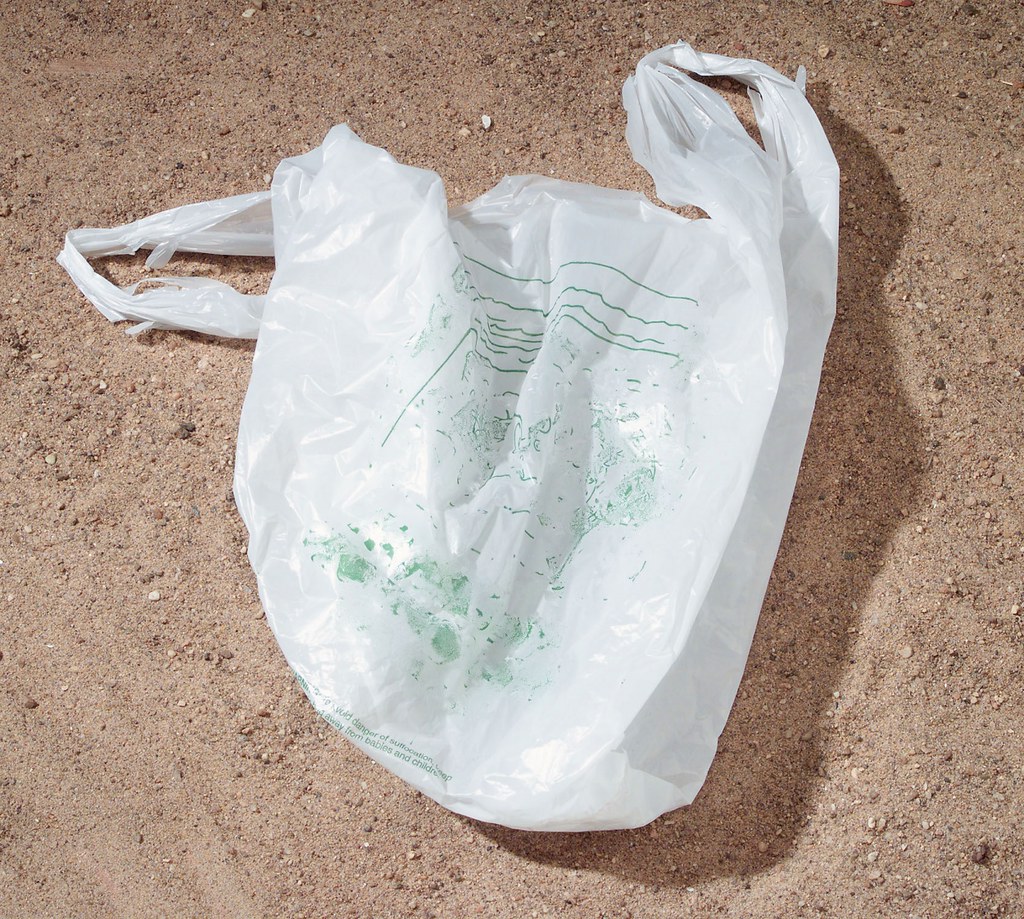 Photo courtesy of the Ocean Conservancy

The best option is choosing the bag one already owns rather than buying new ones, because even reusable bags have an environmental cost upfront, according to National Geographic.

State legislators passed a law in 2021, after years of attempts, that allowed localities to adopt a plastic bag tax. Only a few districts have incorporated the measure, including Roanoke and areas in Northern Virginia.

A main issue is remembering to bring one’s own reusable bag to the grocery store, according to Henrico County resident and Kroger customer Mary Atkins. Atkins has been waiting for the push to come to Richmond, she said.

“If I were thinking about the fact that I was coming to the store,” Atkins said, “but sometimes it’ll be a set of things on a list, and I’ll head out the door and then realize.” 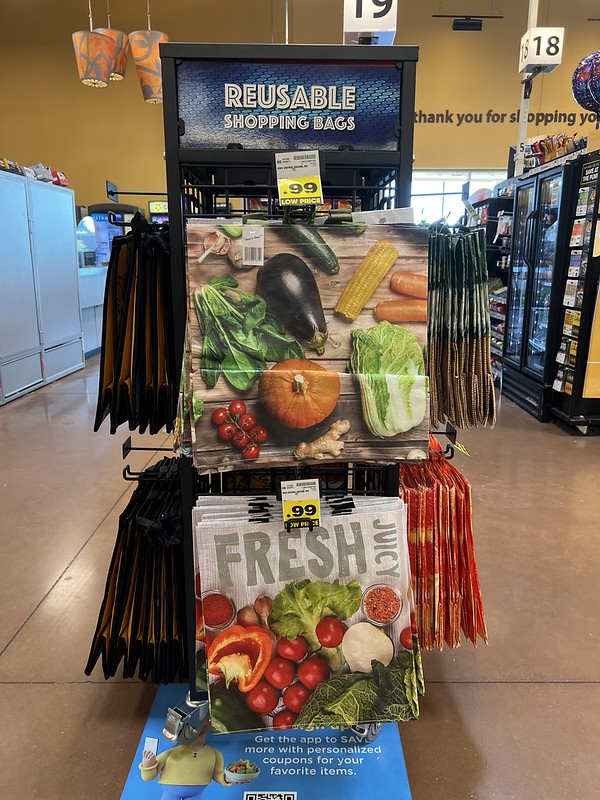 A representative with the county’s program Keep Henrico Beautiful greeted Kroger customers at the door Monday, handing out “Go Green” bags on the first day of the initiative.

“We love to see people out with their reusable bags,” said Megan Brown, the executive coordinator for Keep Henrico Beautiful. “A lot of people are already coming and have mentioned that they don’t use plastic bags anyway, so it’s just super nice to see that and see their smiles.”

Kroger has 17 other Richmond-area locations, although a grocery representative did not have a timeline for phasing out plastic bags at those locations.

New York-based grocer Wegmans is phasing out single-use plastic bags entirely by 2022. Aldi, a German-founded grocer with U.S. headquarters in Illinois, announced it will phase out plastic bags in all stores by the end of 2023.