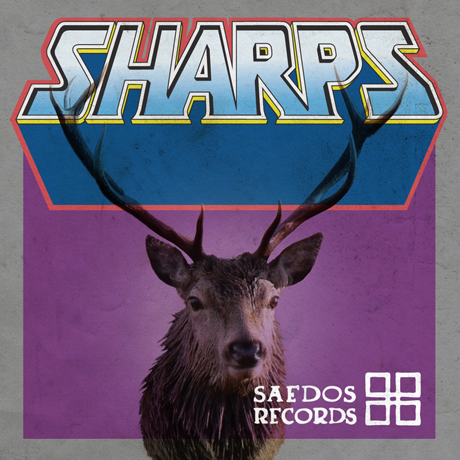 Tastemakers Reinhold and Jennings bring you BOUNCE, our showcase of the best in local and regional deejays sets.

For all the information you need email [email protected]

Tastemakers Reinhold and Jennings bring you BOUNCE, our showcase of the best in local and regional deejays sets.

For all the information you need email [email protected]
If you are a Dj – get in touch, lets do this..

Since breaking onto the dubstep scene in late 2007 with his killer track “Night Work”, Sharps’ tunes (Girl Sweat!!) have been smashing dance floors and getting huge support from DJs like Mat the Alien, BassNectar, Drop the Lime, Ill Gates, Heatwave + RobbG, to name a few. He manages Saedos Records, and the release of his newest E.P. “The Stag” has put the label on the international map.
Sharps draws his influences from many styles, from Dubstep, MiamiBass+Glitch to Breakbeat, Acid House+Dance. His hi-tech bass music made for large systems is driven by the global need for mad tunes + the excitement + energy that comes when people gather to wash their soul in BASS. Not content to stick to one genre, his productions encompass a diverse range of beats + he strives for the most vivid, rich + mind expanding sounds.

As a DJ and performer, Sharps is known for his heavy sets. His sets are solid, moving the crowd hard and with authority.

So no shit, there I was, wandering around the Black Rock desert on a Wednesday night in early September. I lower my gaze down from the moon only to see the distant glow of a strange metallic fish bug (wtf!?). Clearly, I must investigate this giant tusked creature. As I get closer I begin to hear the epic (and kinda creepy) sounds of the Clockwork Orange intro song booming out into the desert nothingness. Once I finally arrive at the site, I discover a stompin party with a couple hundred people getting down (in freaky costumes, nonetheless). Obviously, this situation would have been completely absurd if it weren’t for that fact that I was at the Burning Man festival in Nevada.

Parties like this are pretty common at Burning Man. Groups of intrepid builders, musicians, and inventors will transform normal everyday vehicles (trucks, cars, busses, etc.) into elaborate mobile sculptures, many of which house massive sound systems, ready to throw down. Many of these art cars will pick a landmark (usually a large art installation, such as the Temple), set up shop, rock a crazy party, then head back to camp to sleep after the sun comes up (or maybe not?). And this is how I had the luck of running into Sharps (completely unexpectedly). He was playing a party (called Phage Against the Machine) on the Phage’s artcar by their amazing fish bug sculpture. His set was killer, exactly what I needed at that moment.

The following mix is the actual recording of his set that Wednesday night at Burning Man. It’s an awesomely eclectic mix of house, breaks, dubstep, glitch hop, and more, featuring many of his own tracks. I absolutely love his songs. They are well produced, unique, and they totally crush the dancefloor every time.

*To Download the mix save on this link: SHARPS.