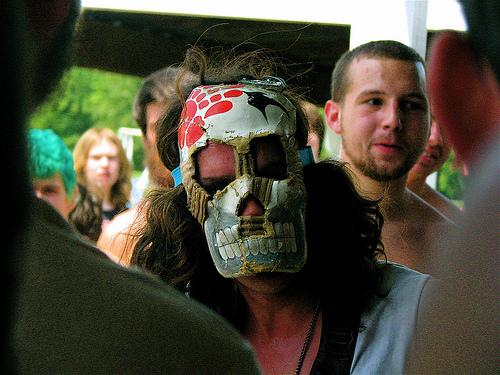 Gull, Richmond’s masked one-man rock machine, known for simultaneously playing guitar, drums, and singing, has apparently found an extra hand and is using it, of course, to hit record.

He shot us this demo, and we’re proud to pass it along for all to enjoy. Be sure to check out the videos we posted below and his myspace.

Tracks 1 – 4 are live. Tracks 5 and 6 are not. For tracks 1 and 6 i used a loop pedal for the vocals. Track 5 was recorded on a 4-track in the Buckinghammer basement in Philadelphia in 2005, all tracks except track 5 were recorded by Laff in 2007.