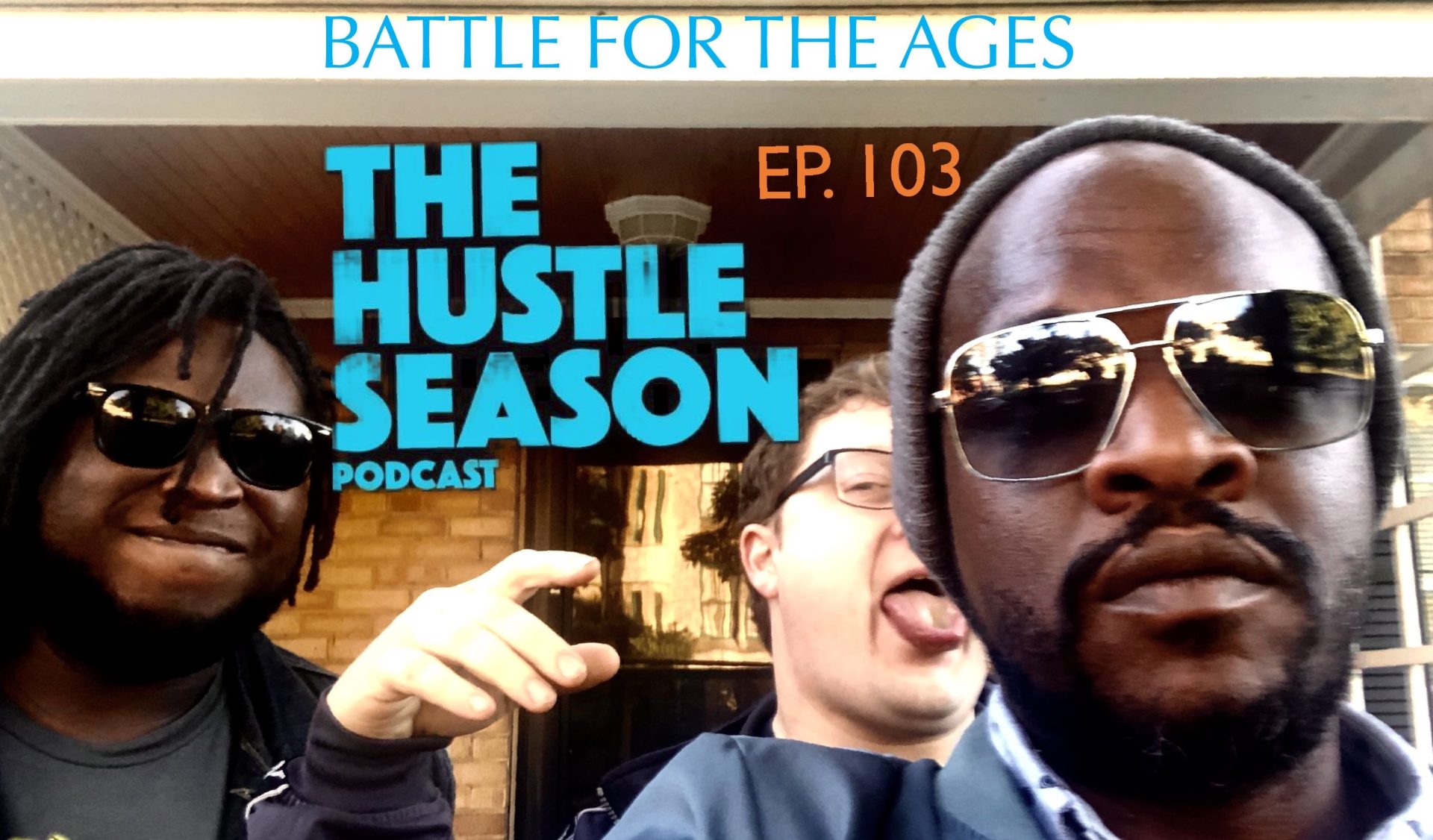 The Hustle Season Podcast: Ep. 103 Battle For The Ages

Welcome to episode 103 of #thehustleseason!!!! Kelli’s back from his honeymoon and talks about the perks of TSA, the boys get into the best headphones, more Prince stuff, weird animals around the world, and what if young people fought our elders in a battle for the supremacy of the world?? Find out here on The Hustle Season!
Follow us on Facebook, Twitter & Instagram: @thehustleseason