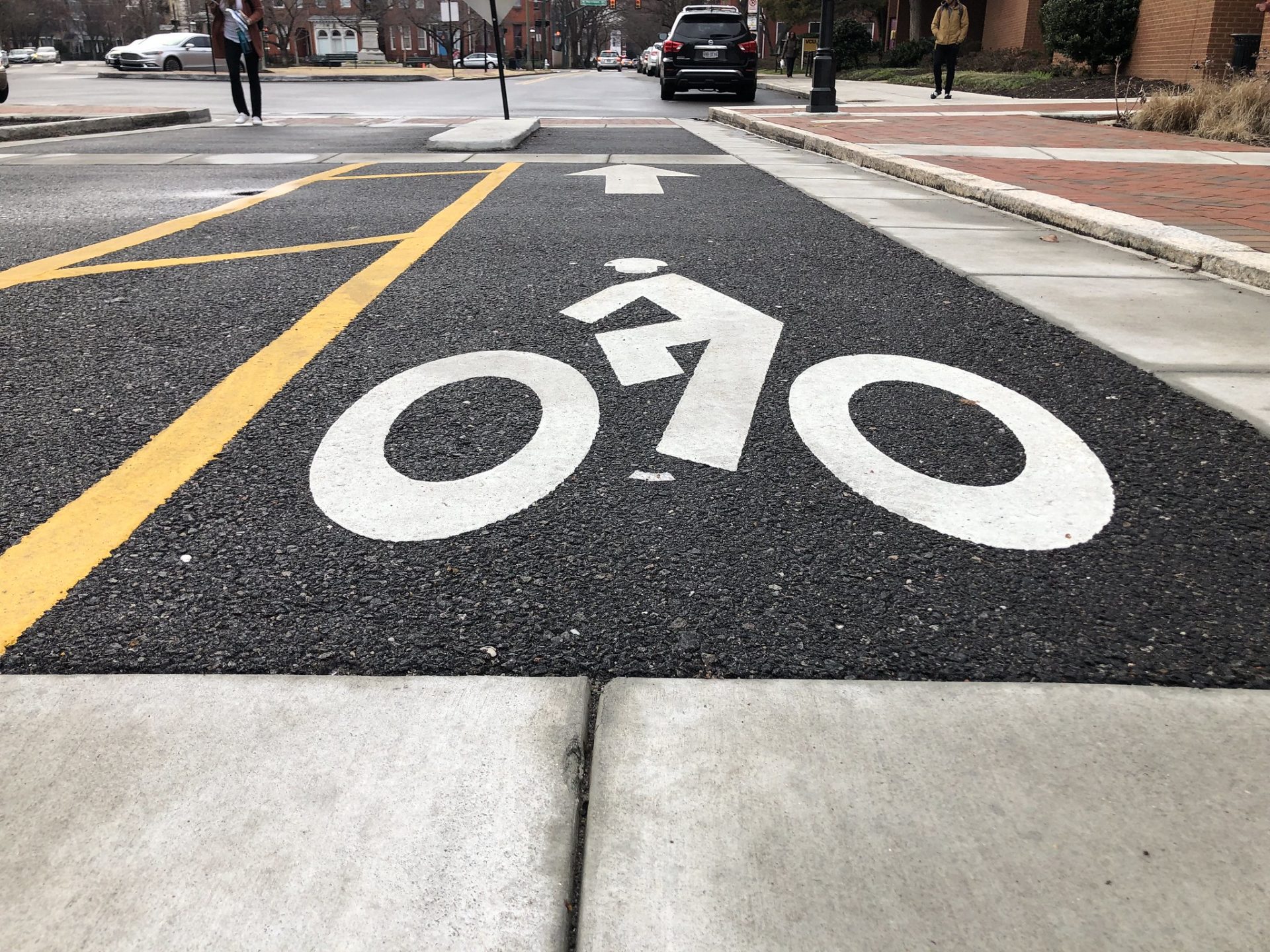 ‘Rush Is Never Worth the Risk,’ Says Mother of Daughter Struck and Killed By Truck

Cyclist Natalie Rainer was struck in mid-August by a driver who was charged with driving under the influence.

“I have damage to my organs,” Rainer said. “I have a lot of road rash on my skin.”

Rainer was cycling with C. Jonah Holland on a popular bike route in east Henrico County when they were hit. Holland died at the scene and Rainer was badly injured. Her pelvis, ribs and collarbone were broken. Rainer was in the intensive care unit for a week, then placed in the trauma unit for two weeks, she said.

Rainer called the crash a “random occurrence,” where she and Holland were at the “wrong place at the wrong time.”

“One of the scariest things that you can do is operate a car badly, because you put so many people at risk,” Rainer said.

There was a 100% increase in fatal crashes that involved a cyclist; rising from eight to 16 cyclists killed. 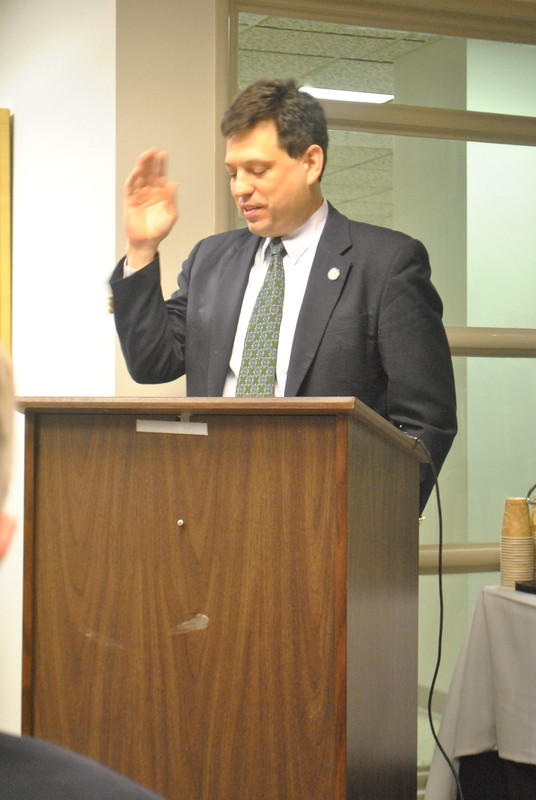 Sen. Scott Surovell, D-Fairfax, became an advocate of safer streets after he cycled cross-country and had several close calls, he said. There should be more driver education and awareness, he said, along with improvements to bicycle and pedestrian infrastructure. That will help minimize risk to vulnerable road users, he said. For example, roads given high speed limits years ago would need updates to accommodate further developments.

Lack of law enforcement is another big issue, Surovell said. The General Assembly passed the Hands-Free law in 2020, banning cellphone use while driving, but Surovell said he does not see enough enforcement.

Distracted driving crashes increased by over 11% from 2020-21, according to the DMV.

“Put your phone down, take a deep breath,” Surovell said. “Be more attentive, be more courteous. Slow down.”

“There is no need for speed in our city streets,” she said.

Traffic crashes where speed was a factor increased by 9.5% last year, according to the DMV. 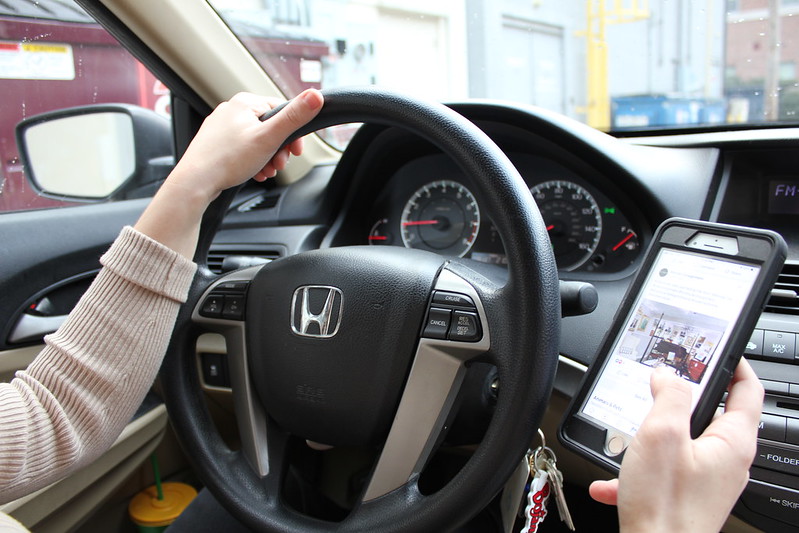 A law passed by the Virginia General Assembly in 2020 prohibits holding a cellphone while driving a motor vehicle. Photo by Andrew Ringle

Rainer urged cyclists to be vigilant and wear protective gear, bright colors and have blinking tail lights. She suggested riding where people expect cyclists. Street markings and signs alerting drivers to cyclists would help, she said.

Rainer “will ride a bike again,” she said, although it will take a while before she is physically able. She will likely ease into it by riding with large groups and near home.

Pedestrian and bicycle safety advocates said there are a host of efforts needed to reduce traffic fatalities and injuries.

More people have been walking and cycling since the pandemic began, according to Doug Allen.

Allen is an avid cyclist and sits on the board of directors for the Virginia Bicycling Federation. Less traffic on roads at the start of the pandemic led to more reckless driving, Allen said. Vehicles are bigger, heavier and faster which is a “bad equation” when there are more reckless drivers and more people sharing the roads.

“People will drive as fast as they feel comfortable driving,” Allen said.

Allen believes infrastructure design should be the primary focus of making streets safer.

“Using enforcement as a hammer to try and make safer streets is not a great idea,” he said. Design changes could help reduce the need for police interaction, and help avoid a potentially “dangerous situation.”

Allen recommended that all road users be aware of their surroundings and limit distractions when traveling. There should be more frequent driver education testing to refresh people and familiarize them with new laws, Allen said. Driver education courses should teach how to interact with pedestrians and cyclists, he said. 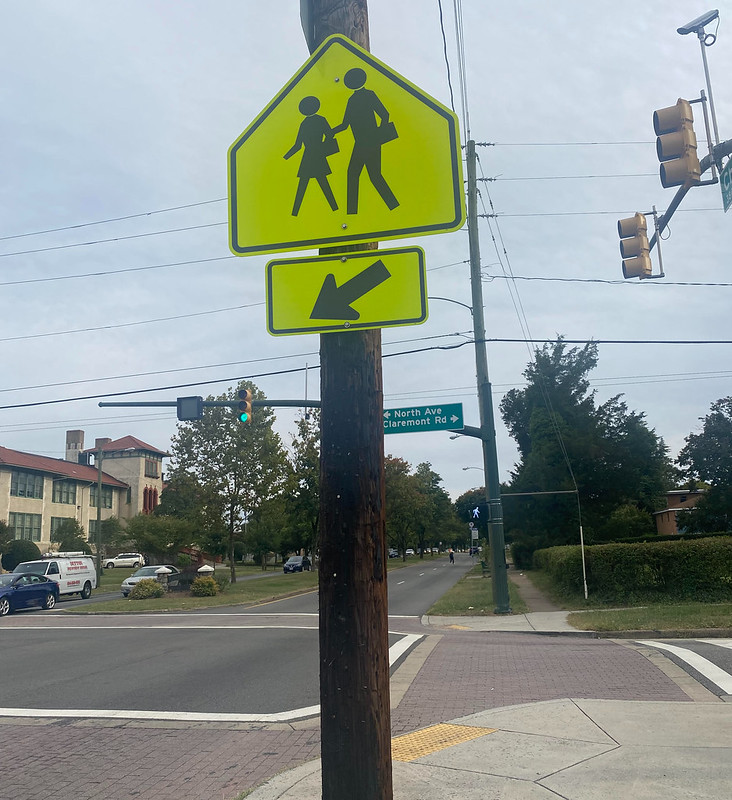 A pedestrian crossing sign at the intersection of Chamberlayne Avenue, North Avenue and Claremont Road in Richmond, Virginia. There have been 77 crashes on Chamberlayne Ave so far in 2022, according to the Traffic Records Electronic Data System. Photo by Darlene Johnson/VCU Capital News Service.

October is a hard time of year for Khrystal Bethea-Artis. Her 16-year-old daughter Aajah Rosemond died while walking to the store along Jahnke Road in the early evening in October 2020. Rosemond was killed when two vehicles crashed and one struck her, according to Bethea-Artis.

Bethea-Artis believes her daughter died in part due to bad driver behavior that cannot be unlearned. This includes people speeding, driving under the influence and having road rage, she said.

“The rush is never worth the risk,” Bethea-Artis said.

“It took a while, but we got people to put on seat belts,” he said, as an example.

Bethea-Artis offered testimony earlier this year on behalf of legislation that created stiffer penalties for careless driving that injures or kills a road user. The driver of the vehicle that caused the accident that led to her daughter’s death was only penalized $200 and charged with reckless driving, Bethea-Artis told a legislative subcommittee in January.

Bethea-Artis hopes her advocacy will help ensure other parents do not experience such loss.

If the community works together, she said it could create the change needed to decrease traffic fatalities.

Rosemond’s family will be at the corner of Jahnke and German School roads on Sunday, Oct. 16 from 1-5 p.m. People are encouraged to join and commemorate the loss of their loved ones to traffic fatalities.

“We will not let that day just pass,” Bethea-Artis said.