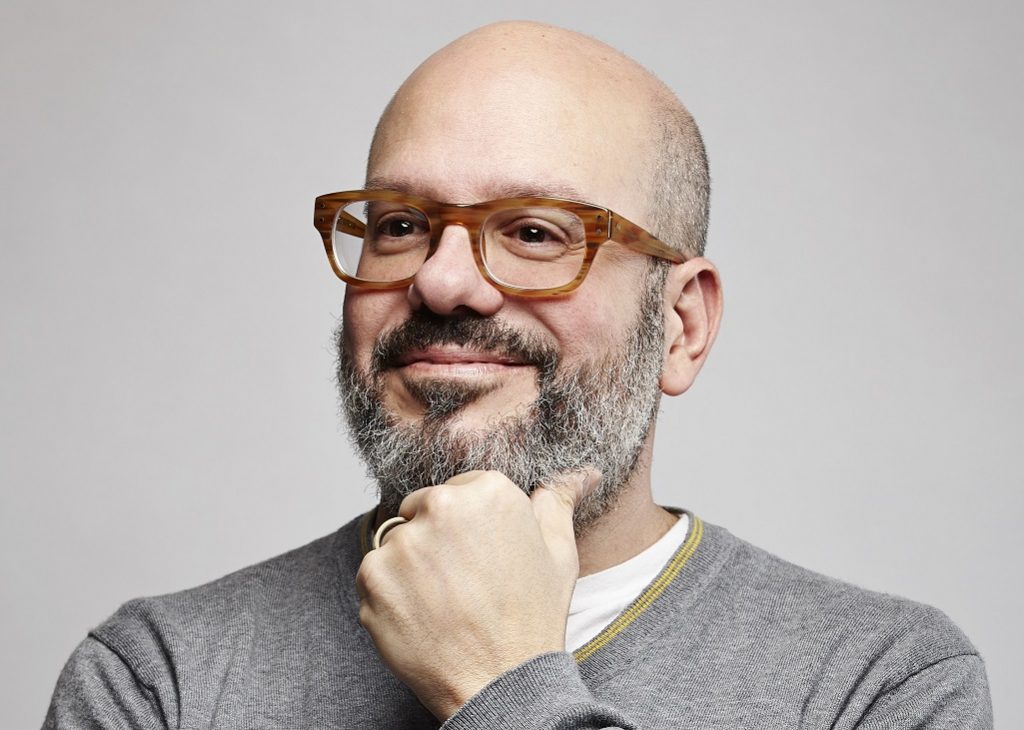 Stand-up comedian, writer, actor, director – the list of David Cross’ talents are near endless. He’s done it all, from entertaining on stage with his unique brand of political comedy, to small screen portrayals of iconic characters like Tobias Fünke in the Emmy-award winning TV series Arrested Development. On the big screen, he’s recently been in Spielberg’s newest biopic, The Post, and appeared in his own independent film, Hits, which he wrote and directed.

Stand-up, however, is where Cross truly shines, and in this political climate, his humor and cynical observations are needed now more than ever. RVA Mag had the chance to catch up with Cross ahead of his show in Richmond next month as part of his “Oh Come On Tour,” his first since his 2016 tour, “Making America Great Again.“ Make sure t0 catch Cross at the Dominion Energy Center on Saturday, August 4.

RVA Mag: You’re coming back to the capital of the Confederacy. We’re looking at a statue of Jefferson Davis from our office window — how does that feel?

Cross: I [was excited to] come back and eat at that deli….please help me out with that. Perly’s? Oh man, it was the best. You are never really in a place for too long, if you can squeeze out two meals you are lucky.

RVA Mag: Has your comedy changed in the era of Trump?

Cross: You can’t craft a lot of bits about something Trump said or did because every outrageous moment is replaced by an increasingly outrageous moment within hours or days.  My take has been to talk less about him, and more about his fans and the people who love him.

I try not to do anything too specific and timely because two weeks later, I have to drop the bit.

RVA Mag: Is it harder to tell jokes?

Cross: I think comedy is harder in the overall sense that the helplessness and loss of feeling of any kind of anchor to normalcy, reality, or to what America was up until a couple years ago, has altered our ability to focus and enjoy things the way we did prior to that. There is a lot of stuff you can joke about that feels almost irresponsible and dismissive; like ‘why are you focusing on that’ because these awful things are happening to innocent people.

People are understandably upset, and feel that they are treading water trying to get air, asking, “What’s happening?” It is one horrifying thing after another – if you care about people other than yourselves. I should qualify this: If you are concerned with other groups of people, other than straight white Christians, then you are going to be upset. If not, things are going great.

RVA Mag: What’s a coping mechanism in this political climate?

Weed is the first answer. I don’t know how you cope with it. You try to fight it.

Cross: Do you worry that mocking Trump voters emboldens them?

I wouldn’t say I worry about it, but I am aware that that might be a response to what I am doing. But also, that ship has sailed a long, long, long time ago. I find this idea that gets picked up and pushed around as not having as much weight as the people that come up with those ideas [think]- this sounds like a David Brooks idea!

The things I’m saying or feeling, I would not pull back on or edit myself because I thought, “Oh no, what if I make Dan and Margaret from Bloomington upset.” I am not going to be the one that pushes them over the edge.

RVA Mag: On the flip side: Are you finding it challenging to play to a young liberal audience?

Cross: That is 100 percent true. I have experienced this on my last tour. One of the worst shows I had in a place I am not going back to was in Northampton, Massachusetts, which is a very liberal town. I have always had problems, even when I was opening for headliners and no one knew who I was. I really grew as a comic in Cambridge, Massachusetts, which is also very liberal, and I go to San Francisco, and always had problems with that very attitude you are talking about, where you say a word and they just shut down.

They don’t listen to the bit, they don’t listen to what the context is; they just heard the word, concept, or phrase and then shut you down by saying you are a racist, homophobic, you are whatever they want to apply. It is definitely a much stronger presence now than there ever was.

How do I reconcile it? I don’t, really. I do my stuff. Most people, by far, 90 percent of people get the context. Funny is subjective, I can’t fault someone for going “that’s not funny.” But if they think it is offensive or shouldn’t be said, there are tons of stuff you can look at and cherry pick and say, “You said this word or you said that thing, and I don’t like the joke.”

RVA Mag: You’re headed for Europe on this tour. How does it feel to be an American ambassador in the era of Trump?

Cross: I went to Europe on the last tour, and we are very alien to them. Most people really like America and like Americans, but they are just perplexed and head-scratching. [They wonder], “You have most of the money in the world, but have one of the highest illiteracy and teen pregnancy rates; you allow automatic rifles to be sold to people who shoot people up and kill children and don’t do anything about it. You work really hard and don’t make that much money and you aren’t happy.”

[Europeans] are right. They’re like, “We don’t have the money you have, but we’re happy with our lives.” They have universal healthcare, no one goes broke if they get sick. They have three months of maternity leave, and are unionized, and have six times the vacation days as Americans. They get a month off with their families.

Cross: I think they see it as a caricature that is pretty common. It is an easily gettable person.

Back for another week of Missed Connections, and in a week where our country seemed like it was about to go under at any moment, things on... READ MORE

Back for another week of Missed Connections, and in a week where our country seemed like it was about to go under at any moment, things on... READ MORE