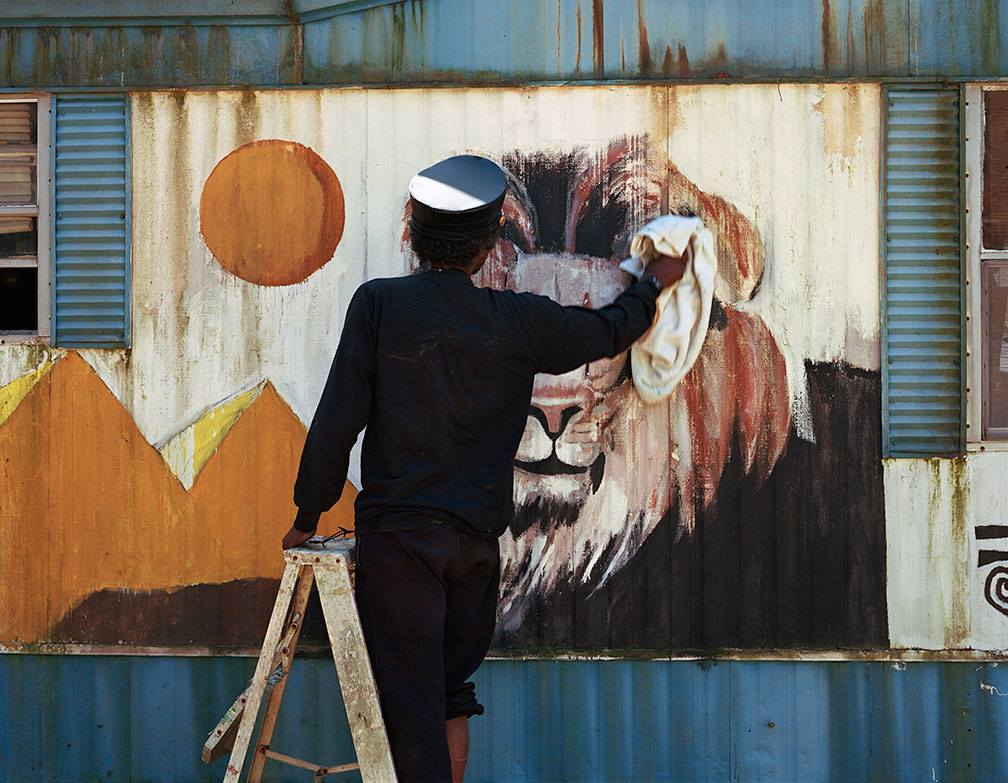 Finally, its Friday and we can kick back and get into some fun this weekend. And since its the beginning of the month, that means a packed First Fridays in Richmond. Don’t let the ridiculous wind keep you from seeing all the new art exhibits, fashion, music, photography showcases, and more this month’s Artwalk has to offer. Below are some of RVA Mag’s favorites that you can check out all month along the Broad Street corridor.

Local online women’s boutique Shop Evolve will make have a pop-up shop at RVA First Fridays tonight at Lou Stevens “Glam Squad” – On Location Hair and Makeup to debut their spring and summer collections. Started in 2017, the fashion brand carries everything from rompers, to leggings, blouses, blouses, dresses, and booties for all you free spirits out there. 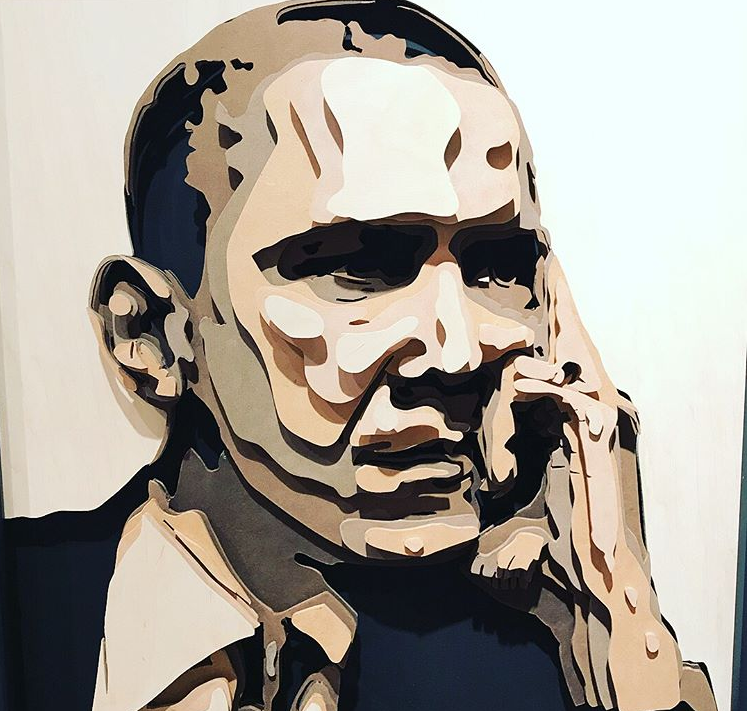 Art and athletes collide in the first exhibit of its kind in Richmond. “The Abstract Athlete,” now on display at 1708 Gallery, combines sports, art, and, science and features artwork by professional athletes from Vernon Davis of the Washington Redskins, to Percy King, MLB pitcher Brett Tomko, as well as several other NFL, NBA, and soccer athletes. The exhibit is the brainchild of  Ron Johnson and Chris Clemmer which has been in the works for a few years. The aim is to inspire emerging athletes to implement creativity into their training and practices and on the flip side, that artists will see the benefits of physical activity in their work.

“We want to break down this barrier of stereotypes where athletes sit on this side and artists sit on this side,” Johnson told RVA Mag in an interview. “It amazing to hear stories from current athletes in a vulnerable state, something we’re not used to, and talk about these experiences- I mean it humanizes them.” The Abstract Athlete will be on display until March 17.

Virginia photographer Morgan Ashcom brings his solo show, which coincides with his latest book release, What The Living Carry at Candela Books + Gallery this month. On a quest for understanding, Ashcom captures life in rural American small town Hoys Fork from serene landscapes to the everyday subjects going about their daily lives. Inspired by his Shenandoah upbringing and southern literature, the photographer, captures a place “galvanized by the past.” What The Living Carry will be on display at the gallery through April 21. 214 W. Broad St.

Three different artists come together to put on a mixed-media show at Gallery5 for their First Fridays exhibit, “Liminal Alchemy“. The exhibit aims to tackle the transitional and artificial nature of surface and identity. Using various mixed media, the exhibit will explore the concepts of self, materiality, gender, obsession, and more. sing rhinestones, sequins, fur, mirrors and ornate frames, fiber artist Michael Birch-Pierce studies the “self” we choose to share. Tamara Cervenka explores womanhood, control, survival, and social norms through her sculptures and collages. And abstract painter Jane Winfield takes inspiration from “perceptual incongruities and spatial phenomena” for her works. In addition to the upstairs exhibit, Gallery5 will also have a market downstairs, and live music from Nathan Grice of BIG NO
The Smirks, and Various Eggs.

Local screen printer Lightbox Print Co. comes to Little Nomad for a collaborative event tonight. They will be selling their prints including the one above, which was made in collaboration with the West Broad Street children’s clothing store. In case you didn’t pick up on the reference, the “It Was All A Dream” piece above is a nod to one of the shop’s favorite late hip hop artists.

Longtime punk band photographer and founder of Richmond-based zine Slug & Lettuce, Chris Boarts Larson, takes us on a nostalgia trip with her photo showcase of some of the best and most prominent hardcore punk bands in the 90s and early 2000s that came through Richmond. Larson’s photo show, “RVA Hardcore Punk 1997-2002” opens tonight at Vinyl Conflict and will feature archived photos from bands such as AVAIL, Municipal Waste, Four Hundred Years, Darkest Hour, Ann Berreta, and much more. The exhibit will be on display for the whole month, and prints will also be for sale. 324 S. Pine St. Check out our interview with Larson here to see what she had to say about the exhibit and her years capturing the hardcore punk music scene. 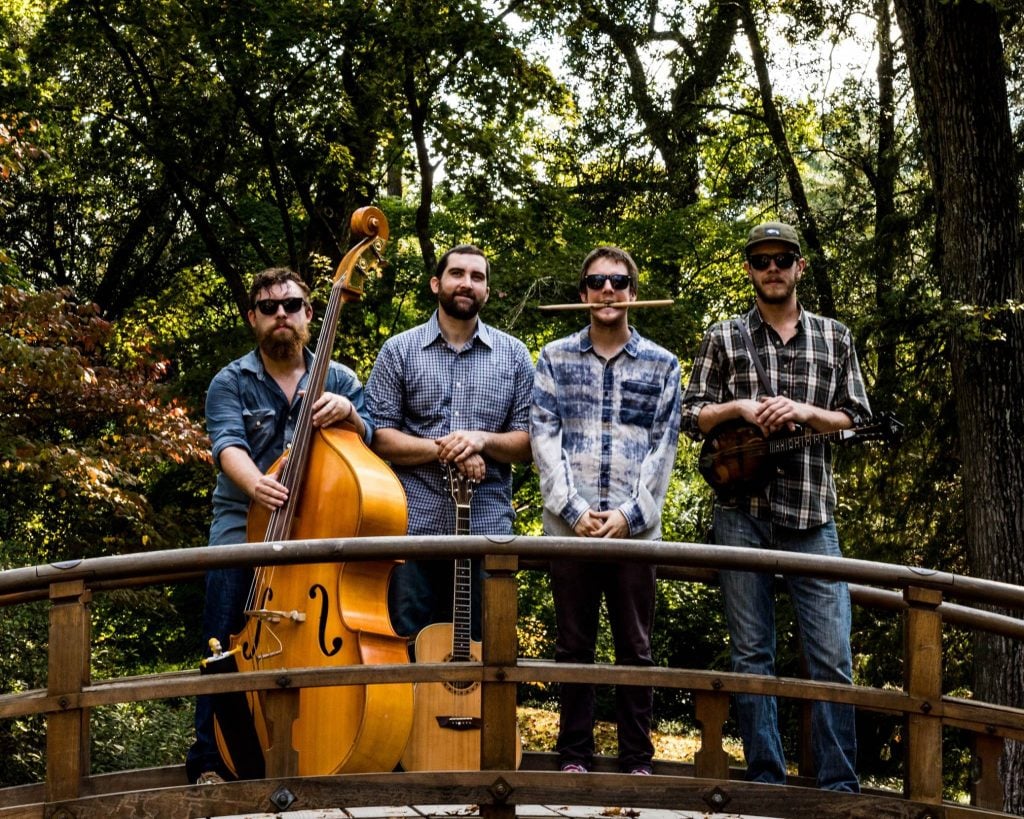 Richmond’s bluegrass/folk quartet Dalton Dash has been entertaining Richmond crowds with their rowdy, upbeat shows for years now and holding down the Open Mic nights at Cary St. Cafe for the last three. Tonight, the band will release their debut album, Ass, Cash, Dash, or Grass at The Camel. The album was is a delightful mix of fast-paced bluegrass, and folky tunes and features a wide variety of Richmond musicians including Neko Williams from People’s Blues of Richmond, Sid Kingsley, Andrew Carper of The Southern Belles, and three members from Jackass Flats, who will be joining them at The Camel tonight.

They will be performing the album in full, and with the number of featured musicians, expect it to be a packed stage of talent tonight.  $8 ADV, $10 Doors. Music at 9:30. Tickets here. Until then, check out what the guys had to say about their new album in our chat with them here.

For a full rundown of all RVA First Fridays events, check out the website here.