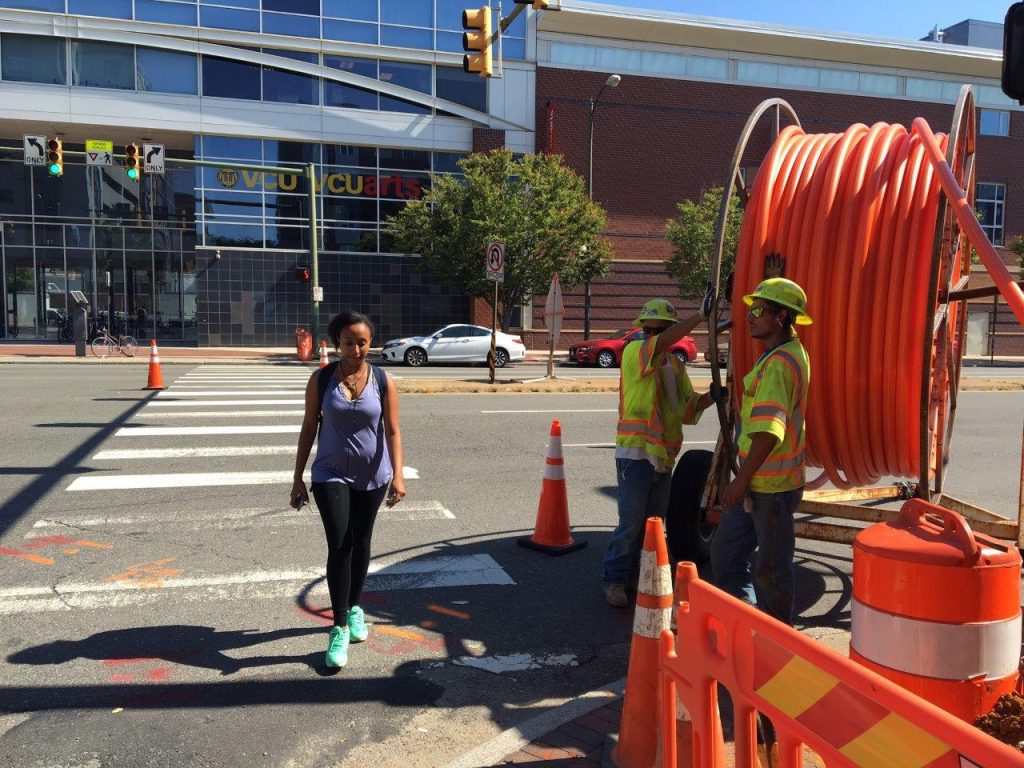 As Broad Street buzzes with the sounds of construction, Richmond is gearing up for its most ambitious public transit undertaking in generations when the Pulse arrives in fall 2017.

As Broad Street buzzes with the sounds of construction, Richmond is gearing up for its most ambitious public transit undertaking in generations when the Pulse arrives in fall 2017.

The bus rapid transit route will span just 7.6 miles along only one line for now, but the implications could be wide-ranging, with some saying it could transform the makeup of adjacent neighborhoods. And if successful, the system might be just the beginning of a rapid transit network.

That success will be measured primarily by the line’s ridership. Look at the media coverage surrounding the numerous transit initiatives on ballots this month and you’ll see fare numbers regularly cited. Mayor-elect Levar Stoney called for expanding the route during the campaign, and others have proposed a North-South route that reaches the crosses the James River. But for expansion to be viable, particularly when it comes to bringing Henrico and Chesterfield counties on board, there will likely need to be evidence of demand.

For the Pulse, the target number is 3,500 daily riders, GRTC’s official estimate when the plan was sent to City Council for final approval in February. Some say that number won’t be hard to exceed.

“That was about as conservative an estimate as you could come up with,” said Nelson Reveley, Chair of RVA Rapid Transit, an organization that advocates for improved mass transit in Richmond. “Ridership is going to be important for getting Henrico excited, getting Chesterfield excited, but I think we’re gonna blow past 3,500.”

According to Carrie Rose Pace, GRTC’s Director of Communications, the estimate was calculated using old figures from Broad Street’s Route 6, with the addition of about 500 new daily riders.

Since the 2014 study was completed, ridership on Route 6 has increased, and Broad Street’s existing lines don’t feature the frequency and speed of the coming BRT line.

“It’s our highest ridership, highest density corridor that we offer today,” Rose Pace said. “I think when you’re providing a major service improvement like this, that’s going to be the biggest draw.”

But there will also be factors external to the system itself that its proponents and the City hope will boost the line’s popularity. The first thing Reveley pointed to was the Richmond Transit Network Plan (RTNP), a budget-neutral redrawing of the city’s current bus routes that will prioritize frequency and route efficiency.

Designed by the City and three consulting firms, the plan would shrink some of the current bus network’s coverage, but cut overall travel times. And it’s being done with Pulse connectivity in mind.

“With the RTNP, there will be other corridors that are also running every 15 minutes, which is better for folks that are currently riding the bus and also draws in new riders too,” Reveley said. “So in other words, ridership is important and a critical piece to ridership is the RTNP. Once those are all paired together and the Pulse is part of this broader city network, the ridership numbers are gonna go up.”

Another key factor will be the land use and development patterns of the neighborhoods the line runs through. Many riders will be people who live and/or work near the route, so encouraging business and residential development nearby is a priority for the City.

To that end, the Department of Planning and Development Review is working on a Pulse Corridor Plan, which will make recommendations on zoning and street design in the half-mile “walkshed” of the line’s 14 stations. One of the Plan’s “Guiding Principles” is “compact and mixed-use development,” which would move away from the car-centric development much of the city has undergone for decades. The plan would call for some surface parking lots to become “infill opportunities.”

Scott’s Addition, which will be served by the Cleveland Street Station, has gotten a lot of attention. Already bubbling with new apartment complexes and breweries, the area is experiencing a rapid transformation. But much of the neighborhood is still zoned as M-1, or light industrial, which means every new development with a residential component has to go through the cumbersome process of obtaining a Special Use Permit. And swaths of the neighborhood lack street-level amenities as basic as sidewalks.

For a transit-line that people will walk to, that poses a problem.

“The plan will look at some potential changes for land use patterns and may suggest some changes in zoning. … We’re going to try to make some of those things less onerous,” said Mark Olinger, the Director of the Dept. of Planning and Development Review. “We know that there are big chunks of the area that don’t have sidewalks. … We will certainly identify where we need to do more work. There’s lots going on in Scott’s Addition, we want to make sure that as it matures it’s a more complete neighborhood. We’d like to see more pedestrian facilities and bike facilities. The uses are there, we have to try to make it a complete package.”

One of those new mixed-use developments will be at 3200 W. Broad. Previously the site of a Quality Inn, the parcel was purchased in September by the Better Housing Coalition (BHC), a not-for-profit that provides affordable housing and resident services in the Richmond area.

Their plan is to construct a mixed-income, mixed-use development. And according to BHC’s CEO Greta Harris, they’ve been working with GRTC and the City to make the most of the station’s proximity.

“We’ve had meetings with the city Planning Department and the subgroup that’s working on the BRT implementation and we definitely want to honor and have intentional connections to that stop that will be around Cleveland Street,” Harris said. “The preliminary plan that we’d done was the main entry to the building would be on the western-most side of the block and we even talked about flipping that around so that it would be closer to the BRT stop.”

GRTC will also be doing an outreach and marketing campaign as the Fall 2017 opening approaches, attempting to get current and prospective GRTC riders familiar with and excited about the new system.

They’ll be using volunteers from the community in informational videos, holding outreach events and even debuting the Pulse vehicle at the Dominion Christmas Parade on December 3rd.

“We’ve always had the one-on-one outreach, but as far as what I would call the ‘fun’ marketing campaign, that stuff really kicks off with the Christmas Parade,” Rose Pace said.

Ashley Mason, GRTC’s Marketing and Public Relations Specialist, is already going to businesses along the route to discuss the system and the construction timeline.

“We see a whole lot of excitement. In different restaurants, even in insurance agencies, which surprised us. People saying, ‘we’re so excited because more people are going to see our business because they’ll be walking by or riding by as opposed to driving by,’” Rose Pace said. “… This is really a service unlike anything else we provide right now. It’s new to the region, there’s no rapid transit anywhere in central Virginia.”

Distinguishing the line from GRTC’s regular bus service will be important to attracting what are sometimes called “choice riders,” says Ralph Buehler, Associate Professor of Urban Affairs and Planning at Virginia Tech. Those are people who could drive but choose instead to use public transit.

According to Buehler, there’s often a stigma around the typical city bus.

“Here in the US there is a big, big stigma attached to the average bus,” Buehler said. “So getting at the branding and the type of vehicle and the marketing will be very important for a US audience that has gotten used to stigmatizing busses as not a mode of transport of choice.”

Much of that will be done by simply highlighting the frequency and reliability of the system. Busses will run every ten minutes during peak service and every 15 minutes otherwise. And wait times will be on display at every station.

“In Europe, when you talk to transit people, even for busses they say, ‘the best timetable is when you don’t need it.’ Getting people in the habit for their commute of, ‘OK, I can just step out.”

For the city’s transit advocates, the system presents an opportunity to start to move some Richmonders away from car-dependence.

Between the Pulse, the RTNP, and even “The B”, Richmond’s coming bike-share program, there’s a push to get people out of their cars and walking or riding around the city.

“I think that’s part of a broader cultural shift in Richmond that Bike Walk RVA is pushing powerfully and so beautifully,” Reveley said. “Richmond’s been so car-centric for so long. But literally Richmond 15 years ago was totally different than it is today in its trajectory towards biking, walking and transit.”